Demi Lovato made a show-stopping appearance on the iHeartRadio Music Awards red carpet in just a blue velvet blazer with matching pants. They will later perform a tribute for Elton John!

We certainly “heart” Demi Lovato‘s red carpet look that they wore to the iHeartRadio Music Awards on May 27! The 28-year-old singer looked amazing in a long blue velvet blazer with nothing underneath, which they paired with high-waisted trousers in the same luxurious color. All the little details enhanced this look, too: Demi’s chunky silver platforms, silver bolo necklace and smoky eyes. 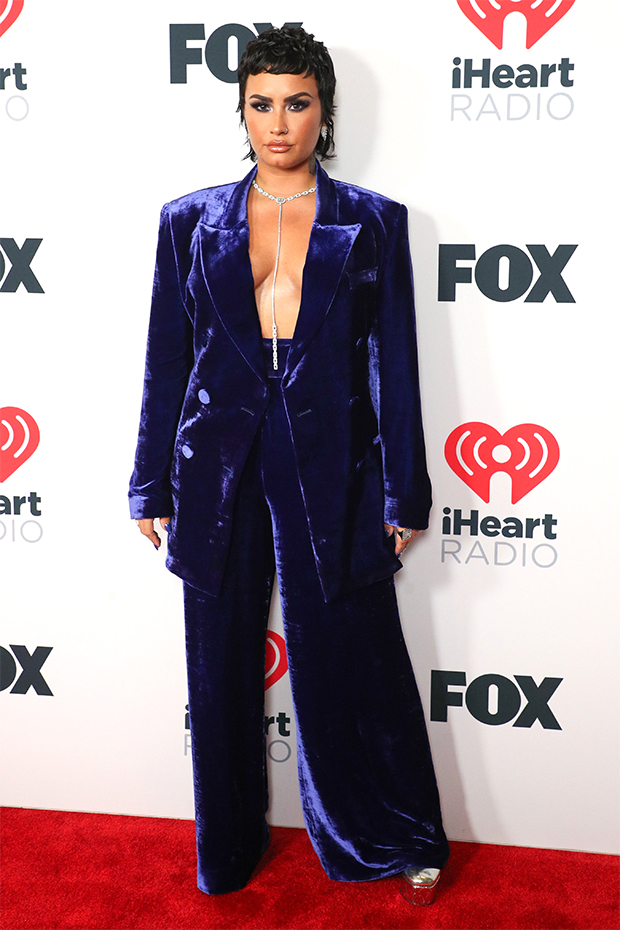 Demi will go on to perform a tribute for Elton John with H.E.R. and Brandi Carlile later at the award show being held inside the The Dolby Theatre in Los Angeles, where Elton will be presented with the iHeartRadio Icon Award by Lil Nas X and Chris Martin. 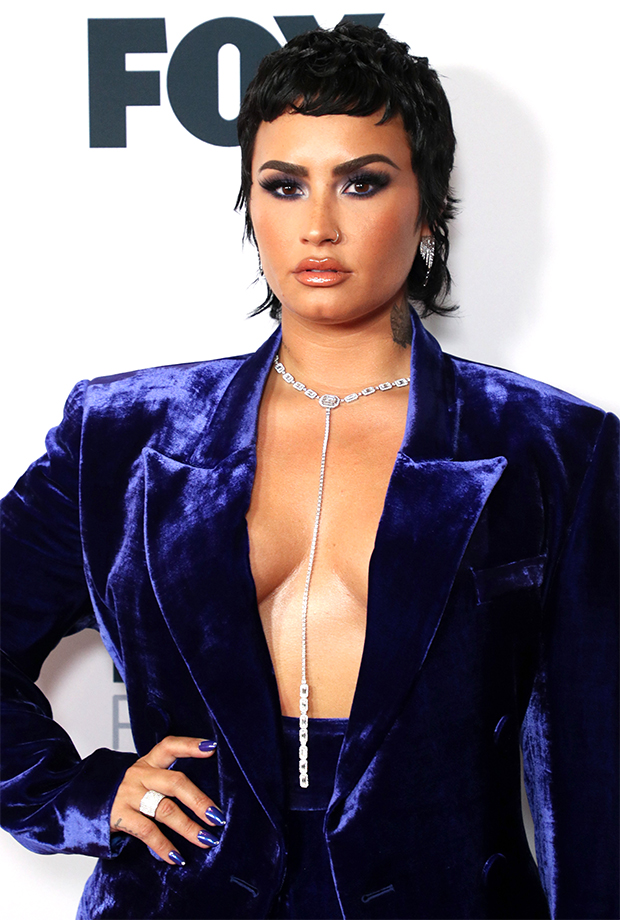 There’s a long list of exciting nominations going into tonight’s award show! One of the award show’s most coveted honors, “Song of the Year,” will be nabbed by one of the following hits: The Weeknd‘s “Blinding Lights,” Post Malone‘s “Circles,” Dua Lipa‘s “Don’t Start Now,” DaBaby and Roddy Ricch‘s “ROCKSTAR” and Harry Styles‘ “Watermelon Sugar.” While Demi isn’t joining the list of nominees in 2021, they have been nominated for countless awards at past award shows since 2014 (the Disney Channel alum has received nine nominations in total over the years).

This also marks Demi’s first award show since coming out as non-binary! “Over the past year and a half, I have been doing some healing and self-reflective work, and through this work, I’ve had the revelation that I identify as non-binary. With that said, I’ll officially be changing my pronouns to they/them,” the “Sober” singer told their over 100 million Instagram followers in an IGTV video on May 19.

Demi went on to explain that the non-binary label “best represents” the “fluidity” they feel in their “gender expression,” adding, “[it] allows me to feel the most authentic and true to the person I know I am and am still discovering.” Demi shared this news with fans after making another important announcement in March: they are pansexual. “I’m so fluid now — and a part of the reason why I am so fluid is because I was super closeted off,” Demi explained on The Joe Rogan Experience at the time, adding that they “could be with anyone” (meaning a man, woman or someone who also identifies as non-binary).