A FATHER-of-the-bride has been slammed online for walking his daughter down the aisle while swigging a beer.

The photos were shared on the Facebook group That’s It I’m Wedding Shaming where it sparked outrage among members. 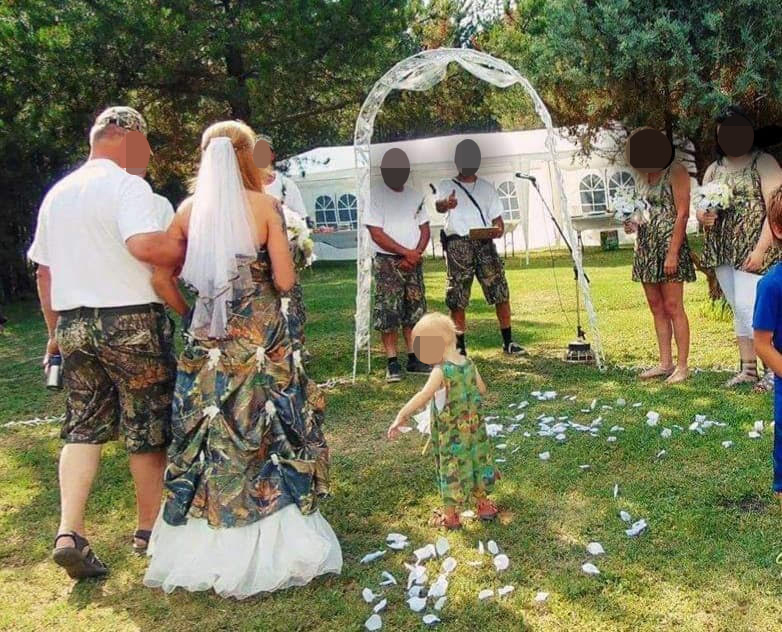 Aside from the booze guzzling dad, the entire wedding party has opted for a rather unusual dress code.

Shunning a traditional virgin white gown, the bride has chosen instead to wear a full camo ball gown, and she isn’t the only one.

Her dad, the groom and the groomsmen have done away with a tux in favour of camouflage shorts and a simple white t-shirt.

The bridesmaids, meanwhile, are all dressed in the same hunting print in the form of a simple sleeveless dress. 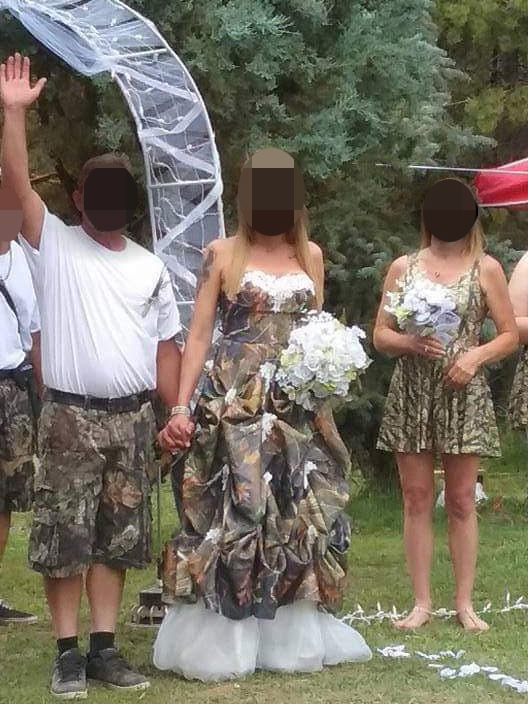 Captioning her post on the group, the Facebook user wrote: “These are pictures from a person I actually know.

“I particularly like the beer in her dad’s hand as he walks her down the aisle.”

The Facebook group is the largest of the wedding shaming variety boasting over 54,000 members worldwide.

You can critique dresses, decorations and of course, dramatic brides who are kindly dubbed “bridezillas”.

There’s even categories for your posts where you can file your rant under popular tags such as “cringe”, “tacky family” and “f***ing yikes”.

In other wedding news, a bride offered this guest £100 not to wear her pretty dress to her wedding – so do you think it's too much?

And people praised this bride’s stunning white lace dress… until they realised it’s actually her MOTHER.

Plus this bridezilla issued a bonkers list of wedding rules including BANNING them from talking to her & they must bring a £60 gift.