PICTURE the scene – you've taken the kids to a theme park on a hot sunny day when a security guard approaches you.

Naturally, your mind would instantly jump to the worst possible scenario – but it turns out, they have an issue with what you're wearing. 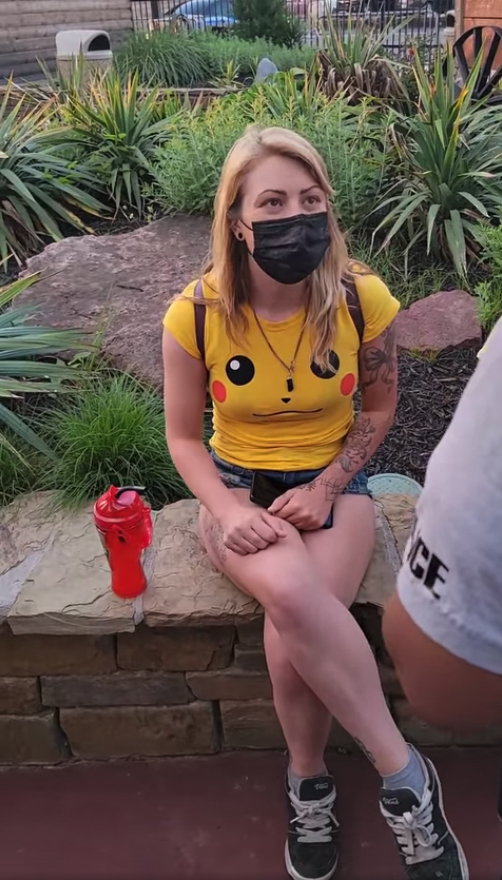 Sound too far-fetched to be true? Well this is exactly what happened to mum Bailey Breedlove at her recent trip to Six Flags in Oklahoma City.

Earlier this month, Bailey posted video footage of her being "body-shamed" at the theme park on Facebook and says she was left "traumatised" by the incident.

Detailing her trip on 30 April, she wrote: "We were having fun, enjoying rides and spending money on what we thought was going to be a great vacation spot in Oklahoma city.

"About 7pm my daughter was yelled at by a park police officer for rolling down a hill on her heelies right next to me. Then she proceeded to follow me and grabbed my arm to turn me around and proceeded to tell me my shorts were 'too short'." 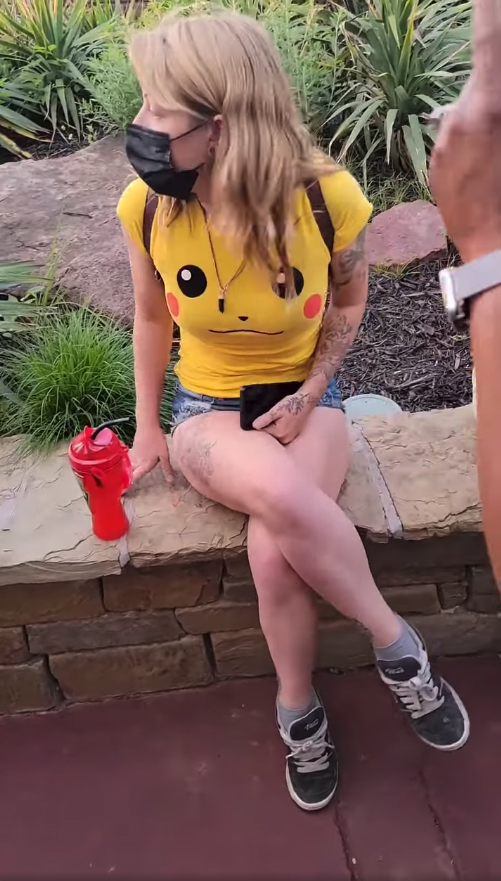 After Bailey brushed off the comments, she claims the manager came out and told her she needed to purchase a longer pair of shorts.

Although she felt she was "not obligated to buy anything" she didn't want to, the mum finally gave in – but then said she was accused of "criminal trespassing".

In her Facebook post, Bailey claimed: "I was then pushed and escorted toward the entrance. Accepting this, we were about to leave and were blocked by your female officer from leaving and she pulled out her cuffs and demanded my ID.

"When we asked for probable cause, their answer was 'because they are the police'. At this point we started recording so we do have video of the unlawful tactics." 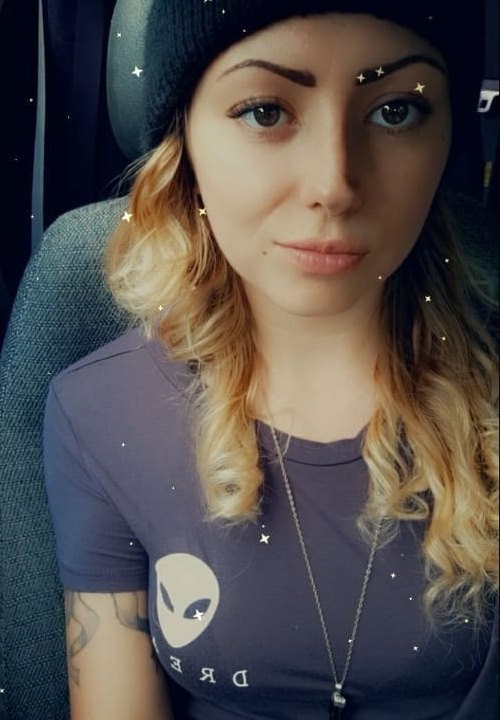 The viral footage shows Bailey and her daughter sitting by the entrance of the theme park as the security guard asks for proof of ID because's she "disorderly."

The unnamed person recording then said: "She's not disorderly. They're saying her shorts are too small."

Her 11-year-old daughter then burst into tears as she feared her mother was about to be arrested over the length of her shorts.

Bailey added: "I paid a lot of money at your park for our family vacation and I believe I deserve a refund for the trauma caused to my family over a pair of shorts on a hot day. 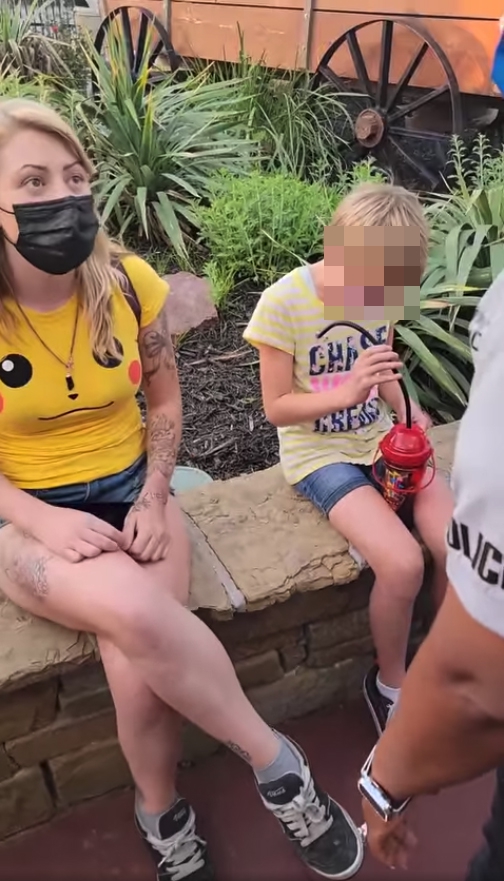 "I will not be letting this go as this is 2021 and not middle school. I have a 5-year ban now but will not be returning to any of your parks if this is how you treat a woman and law abiding citizens and visitors. You should be ashamed with yourselves."

The clip has now racked up over 10,000 views on social media and Oklahoma Police has since confirmed that the security guard involved was not one of their officers.

She updated the post: "We have spoken with the Oklahoma police department captain and he assured us this was NOT an Oklahoma city police officer. He sends his apologies and is going to look into the situation."

On the Six Flags website, it does state that they can deny entry to any visitors who "refuse to comply with the dress code" but they do not have a specific policy on short lengths.

For more viral stories, this pregnant mum-of-11 shared a boyhood snap of her husband – & reveals he was just 12 when she had her first baby.

And this mum revealed the adorable ‘pay packet’ her six-year-old received from builders after he helped them do their job.

Plus this student got revenge on his housemate for stealing mattress by covering room in 360m of tin foil & wrapping her sex toy.