Home » Fashion » Groom makes ridiculous list of demands for female wedding guests – including NO high heels, ‘pretty dresses’ or pictures without the bride – The Sun

A NICE dress and a pair of heels is the go-to outfit for most female wedding guests, but it's not good enough for this grumpy groom.

One rather controlling man has written a list of demands for the ladies attending his big day, so they don't outshine bride-to-be Sharon. 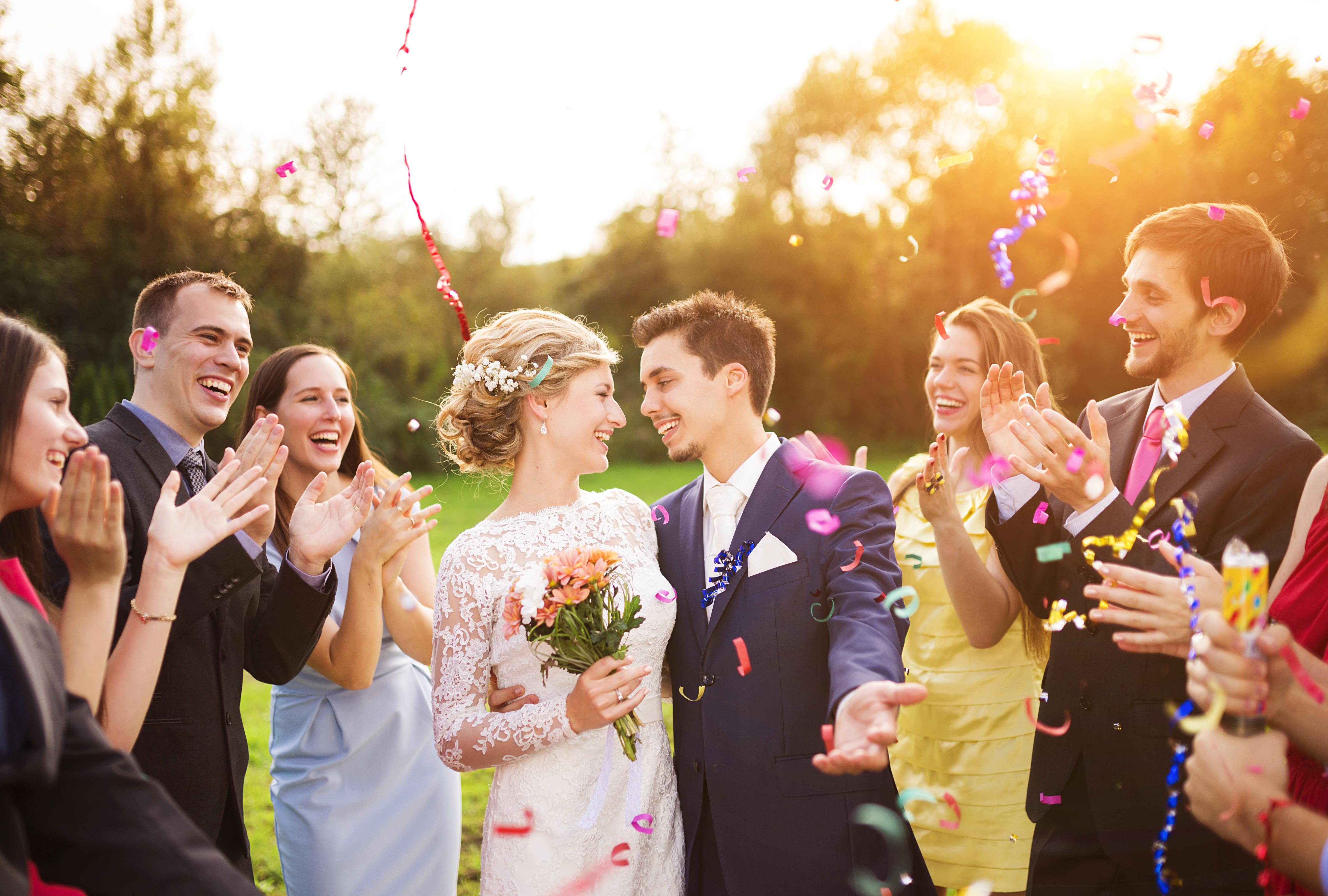 The bizarre rant, dotted with spelling errors, was originally posted on Facebook and has been shared on Reddit – where people were gobsmacked and instantly labelled him "Groomzilla".

The groom-to-be wrote: "Girls, rules are this. You cannot wear high heels, or pretty dresses.

"I told Sharon she will stand out and be taller. I want it where every picture has her in the back.

"In fact that's another rule, no pictures unless she's in it. What else? Hmm. You have to give her snacks lol.." 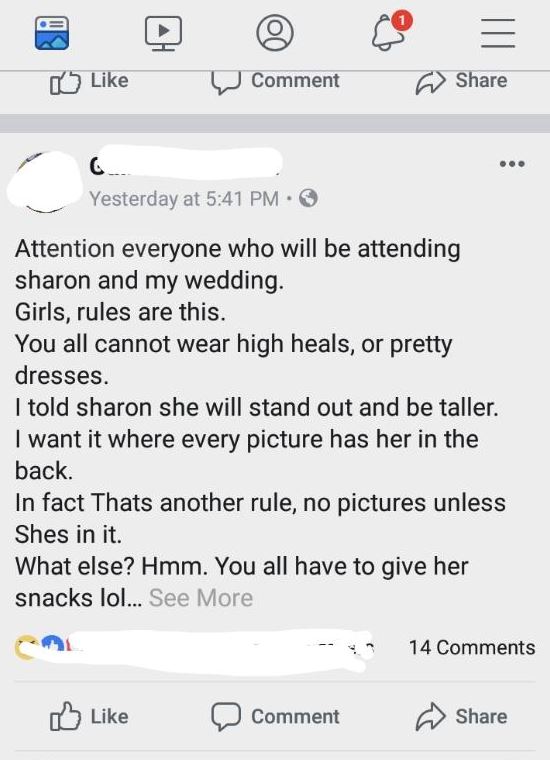 Commenting on the Reddit thread, baffled ladies wrote: "B***h I wear whatever I feel like wearing you control freaks can kiss my ass also I'm bringing snacks".

Others asked what the female guests were meant to wear instead – joking "Pajamas all the way!!"

One wound-up commenter wrote: "B**** I would've showed up in a tshirt and jeans with my f***ing beanie on if that's the case."

While a second mocked: "Me: Shows up in a tuxedo and a top hat".

A third added: "I'd throw in a monocle and a fancy cane for good measure".

And one joker pointed out the groom hadn't banned white.

They wrote: "Everyone should show up wearing fancy white rompers (playsuits) or white skirts with white shirts and super tall wedged sandals.

Another baffled Redditor asked: "Are they supposed to wear ugly dresses".

But was told: "Nope. They might be prettier than the bride. I suggest going naked."

One commenter pointed out that the proposed ban on heels was pretty pointless.

They wrote: "If she ends up being taller, it wouldn't even be noticeable, unless all the other females are 5 years old."

In more wedding news, this bride spent just £400 on her wedding – by sewing her skirt, getting decorations from charity shops and baking her own cake.