William and Kate thank staff and volunteers for Queen's funeral

The new Princess of Wales has impressed royal fans with her beautifully understated mourning looks, complete with poignant nods to the late Queen in her choice of accessories. But what was so special about Kate Middleton’s coat?

Princess Kate and Prince William paid a visit to Windsor Guildhall, meeting volunteers and operational staff to thank them for their involvement in the Queen’s committal service held in the grounds of Windsor Castle.

All eyes were on the Princess in her gold button-down coat – a choice that was actually carefully curated with a hidden meaning.

What was the hidden meaning behind Kate’s coat? 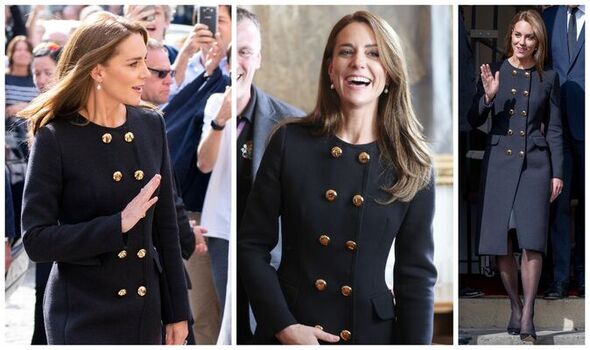 She teamed the jacket with suede Tod’s pumps with a chunky block heel and a simple Mulberry clutch at the time.

On this occasion, however, Kate’s look was a touch more glamorous, with the Princess opting for her go-to Gianvito Rossi ‘Gianvito 105’ black suede pumps and her Annoushka ‘Baroque Pearl Drops’ earrings.

The Princess of Wales often reaches for her Dolce & Gabbana coat to mark sombre occasions, having memorably worn it on Remembrance Sunday back in 2017.

The decision to wear it again this time was undoubtedly intentional.

The Royal Family are well known for using their clothing to portray a message, and that does not change when they are mourning.

In fact, royals follow a number of traditions out of respect for those that have passed.

Famously, Queen Victoria spent 40 years wearing black in tribute to her late husband Prince Albert as an outward sign of her grief. 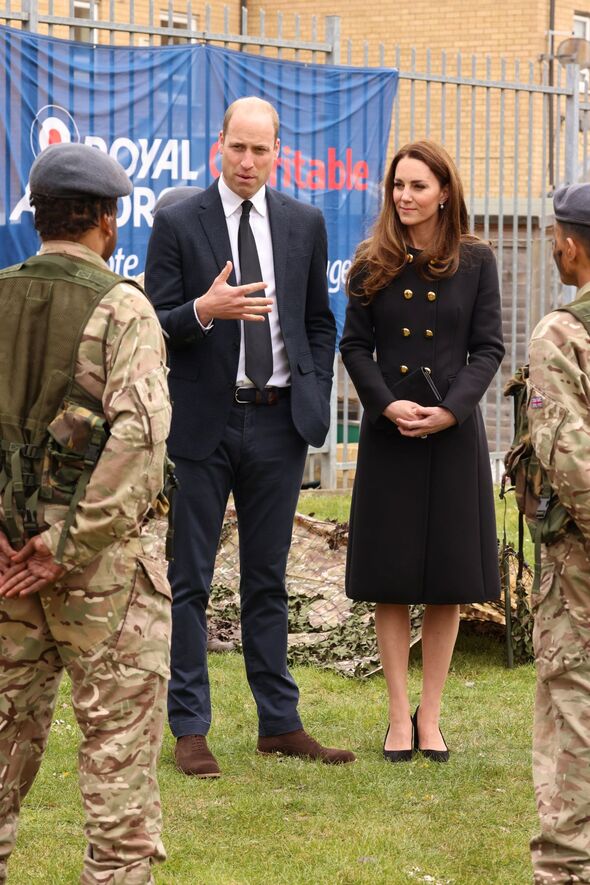 She also accessorised with either black or colourless jewellery, including pearls, which were thought to represent tears.

To this day, the tradition of wearing pearl jewellery during the period of mourning is one that royal ladies still adhere to.

He said: “Pearls have traditionally been connected to mourning, ever since Queen Victoria wore only black and pearls after the death of her husband.

In addition, @poiseandstrengthpilates added: “She has impeccable taste.”