YOU might think you’re in a happy, committed relationship, but are you?!

Even if you are head over heels in love with your partner, do you really know if something else is going on in the background? 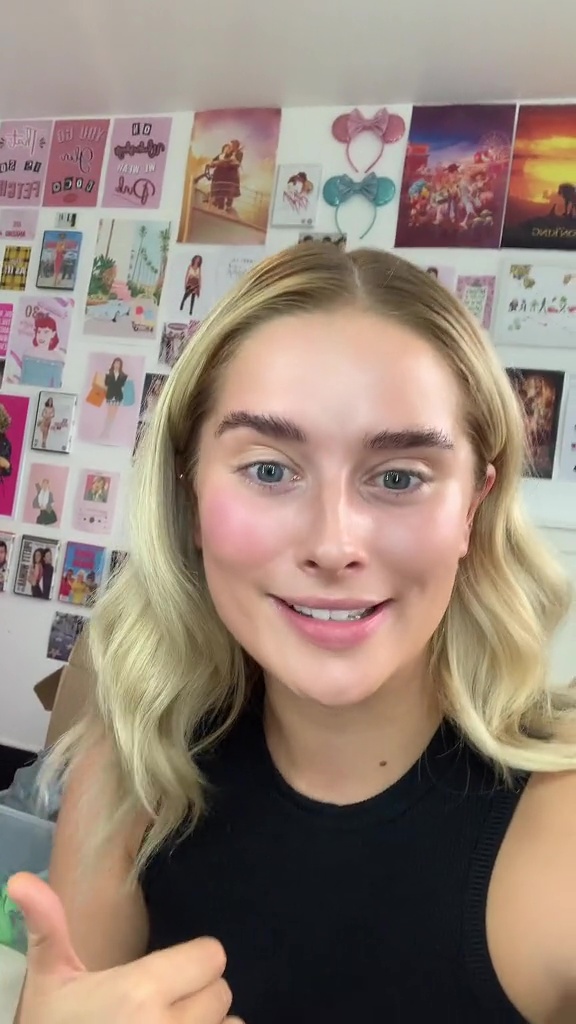 Social media sensation, Lauren Saddington, best known for her popular TikTok videos, has recently spoken out and encouraged people to get a chlamydia test.

Lauren has over 312k followers on TikTok and her page has 9.1m likes.

Now she has bravely opened up about her chlamydia diagnosis when she was 17 and has stressed the importance of getting checked – regardless of whether you are in a happy, committed relationship or not.

At the time, Lauren was in what she thought was a happy relationship and was completely head over heels in love.

However, when collecting her contraceptive pills, she was urged by a nurse to get a chlamydia test.

After insisting several times that it wasn’t necessary to do so as she was in a committed relationship, the nurse eventually persuaded her.

And she was shocked at what she found out.

Now 24 years-old, Lauren uploaded the video to her TikTok account ‘laurensaddingtonx’ with the caption: “I’m sorry dad 😂😂😂 But seriously… Go get checked girlies! So simple & easy and you just never ever know.”

She explained: “I’m gunna tell you all a story because I keep seeing things like this going around on TikTok and I genuinely feel like it’s gonna help young girls.

“I’ll be mortified when my dad sees it so sorry in advance dad but it was years ago.

“I’ve grown since then, I’ve grown as a person and I feel like now I can tell the story and not actually cringe as bad about it.

“I’m not sure how old I was, I think I was about 17 and I was dating my bosses’ brother at the time and I was proper in love with him, I don’t know why.

“But I was head over heels, didn't go near a single other boy and he was the one – at the time.

“Anyway I went to get my pill because I’ve always been very good at contraception.

“The woman was so nice and she was like ‘why don’t you take a chlamydia test while you’re here?’, I was like ‘I don’t need to because I don’t have it’.

“She was like ‘it’s fine, it’s just a swap, it will come back negative if you’re so sure’.

“I was like ‘I don’t need to’ – I can’t even tell you how many times I said to her ‘no really, I really don’t need to, we both haven’t been near a single other person and I took a test before him.’

“This woman wouldn’t let it drop, I mean I’m glad.

“I went to the toilets, did the chlamydia test, gave her back the pee and the swab and was done with it.

“I’d forgotten I’d even done it because I went home to my boyfriend, was dead happy, he was the same age as me as well, it wasn’t like an older guy.

“Well, two weeks later I got a text and it was like ‘you need to phone us, because we have your test results’.

“I always used to get a text saying it was negative, so I was like ‘why am I getting phone calls?’

“I rang them and she was like ‘Yeah your test has come back positive, i’m just letting you know.’”

Not everyone with chlamydia has symptoms, but common symptoms include unusual discharge from your vagina or penis and pain when peeing.

Chlamydia is treated with antibiotics and you can get treatment from a sexual health clinic.

If you’re pregnant, you can also pass it to your baby.

You can help to prevent chlamydia by using a condom during sex and not sharing sex toys.

Lauren continued: “I sh*t myself.

“First person I told was my grandma – she was like ‘it’s fine, you’ve caught it’, because obviously it’s very serious if you don’t catch chlamydia, it can stop you having children.

“So, I was crying my eyes out because I’ve always wanted kids.

“I didn’t even ring him (the ex), because I thought I’ll deal with that later, I want to deal with my body first.

“Yeah, he’d been cheating – I think he said he’d slept with three other girls behind my back – that was the start of me being cheated on – all the time.

“Anyway, it was really easy to treat and I’m just so glad I caught it.

“I can never thank that woman enough who just absolutely blagged my head and teenage me was like ‘shut up’.

“Even if you think it’s amazing with your boyfriend , go and get a test, or use a condom. Seriously.

“That was the one time I caught an STI and I can live to tell the tale.”

Clearly Lauren’s video has got lots of people talking as at the time of writing, just one day after the video was uploaded, it has racked up over 188.5k views and 19.2k likes.

Many were quick to praise Lauren for her bravery and for speaking out on such an important topic.

One person said: “Well done for speaking out on something probably a lot of us have gone through!! Boys are shit.”

Another added: “It’s really good of you for sharing this coz I think that it’s a very taboo topic.”

A third commented: “You’re so brave for talking about this, more people need to!! You will never truly know someone, no matter how much you think you do.”

A fourth said: “Nothing to be ashamed of, and great for you to speak out about things like this.” 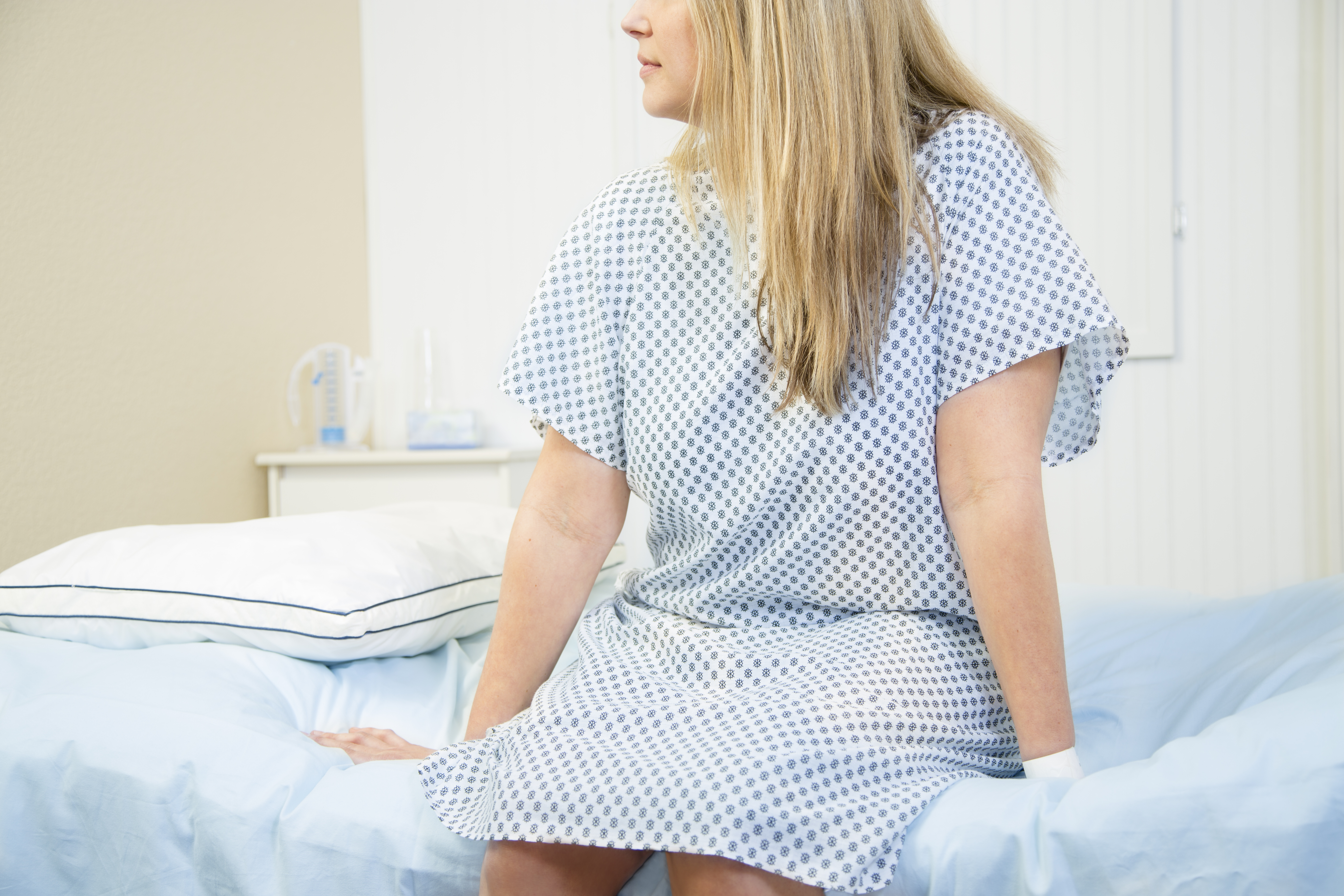 Meanwhile, cold weather can cause ‘winter vagina’ – and it’s bad news for your sex life.

Also, why is my hair falling out and how can it be prevented?.