TOLD her kids "need a new mum" and she should "go kill herself", Amber Butler has endured more than her fair share of trolling.

After falling pregnant at 16, the mum-of-two was called horrible names by other girls at college and is still sent abuse online years later. 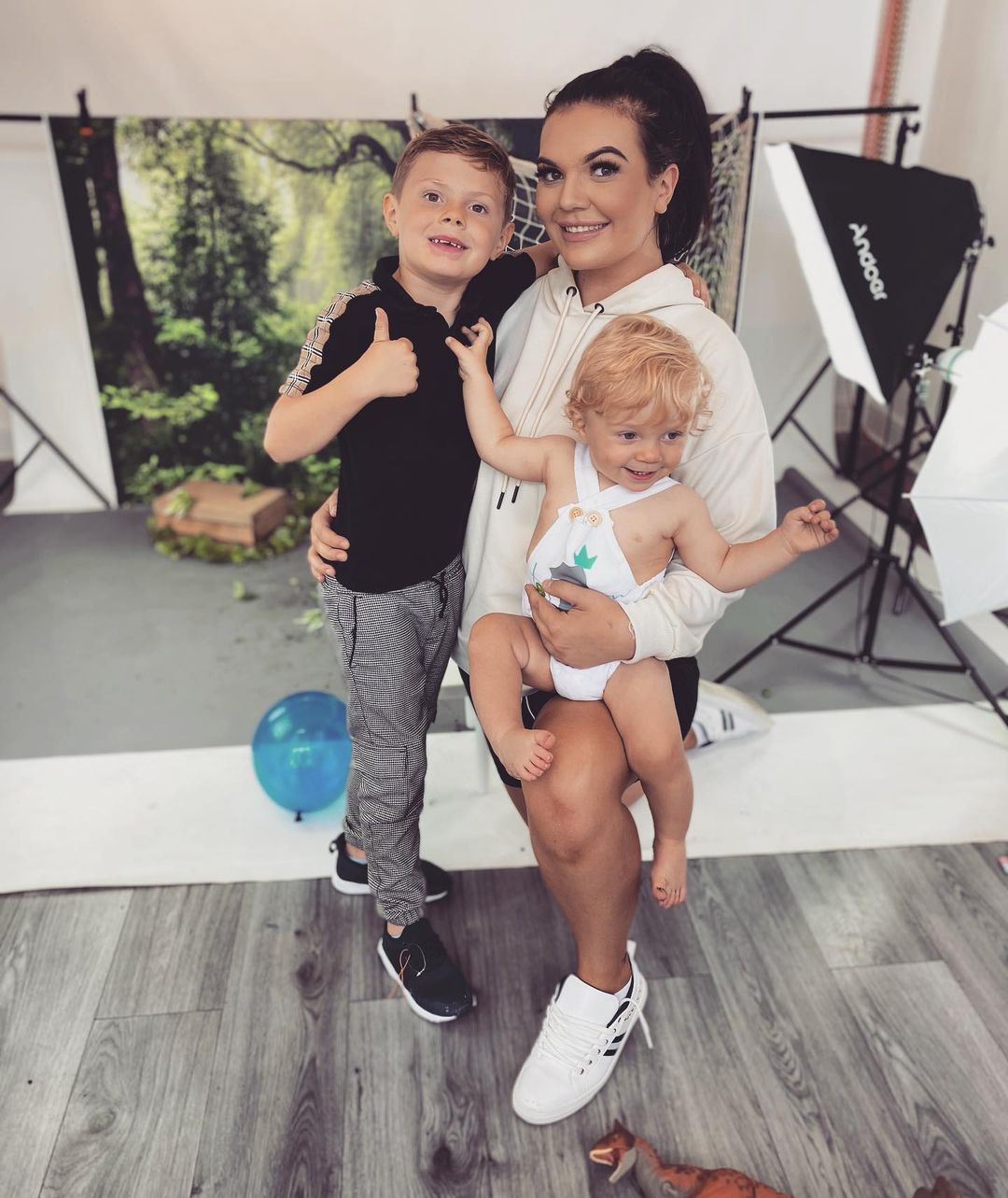 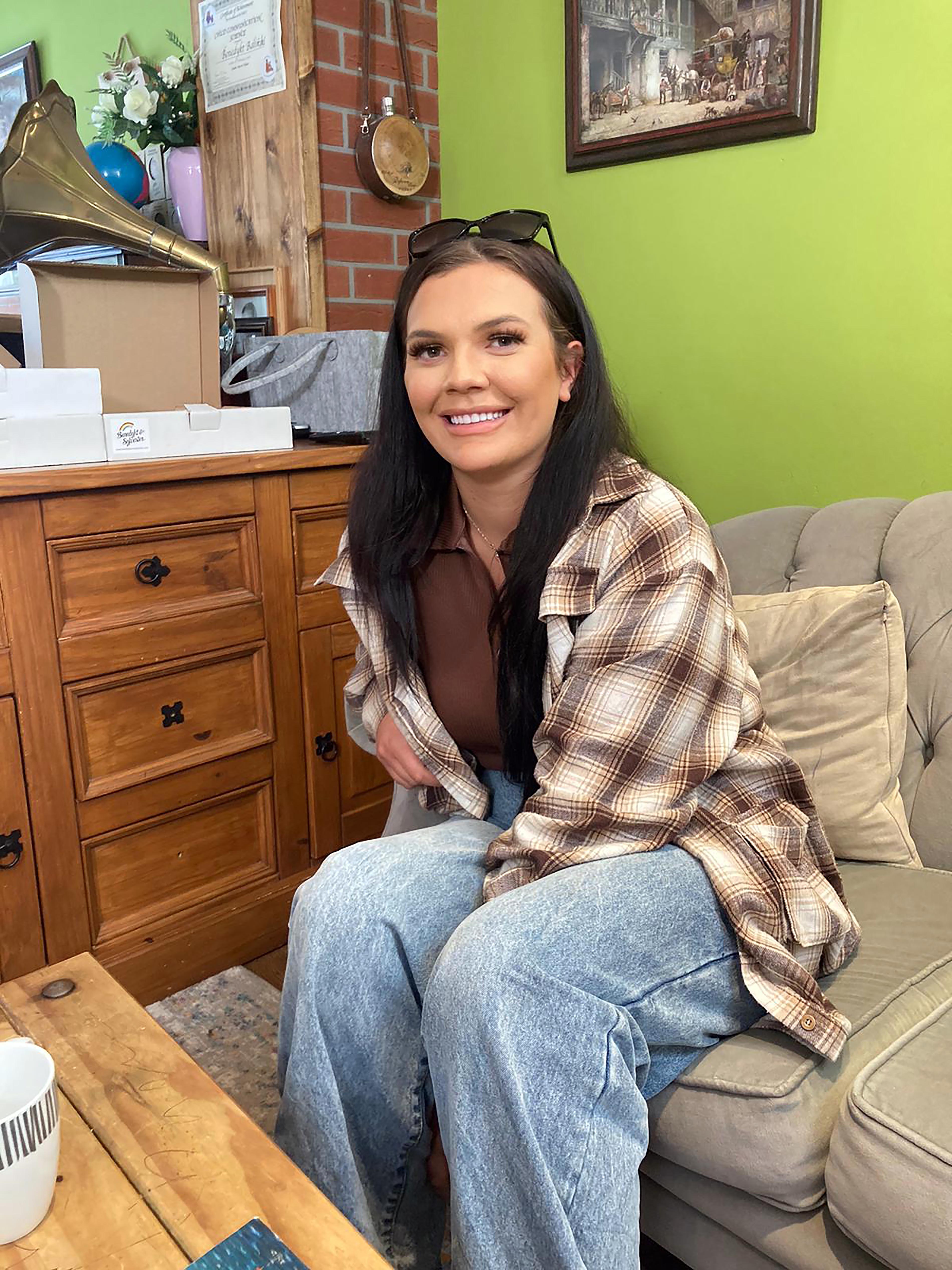 Now 24, the full-time mum, from Blackpool, has starred in Teen Mom UK since its launch in 2016 and admits she has doubted herself over the years, wondering if she's a "bad parent".

But Amber – who's mum to Brooklyn, six, and Hudson, two, with ex-boyfriend Ste Rankine, 27 – says she's proud to be a teen mum.

Speaking as a new series called Mums Move In airs, which shows the Teen Mom stars living with unique families, she tells Fabulous: "I had a baby when I was 17 and I feel like there’s nothing wrong with that.

"When I became pregnant, I heard the phrase ‘kids having kids’ thrown about a lot – both online and in person. 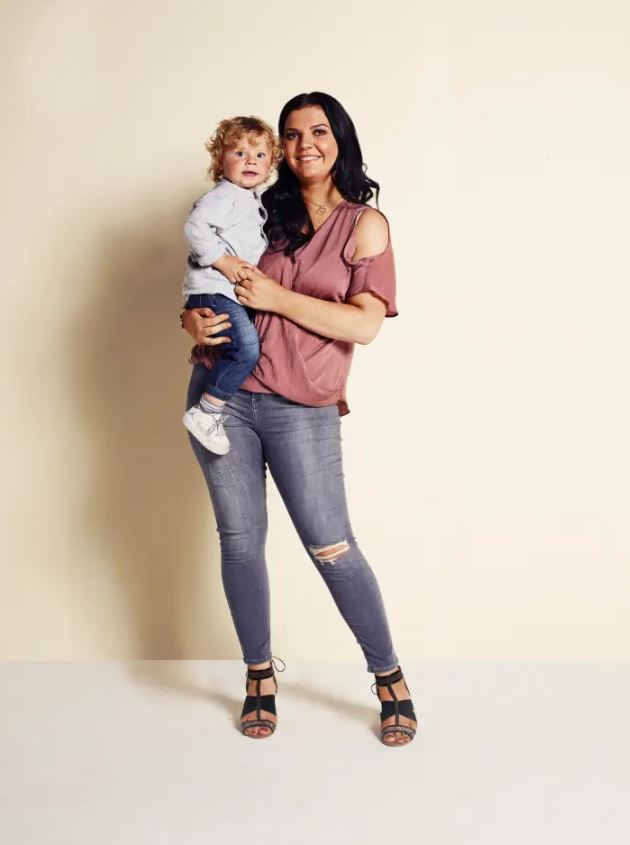 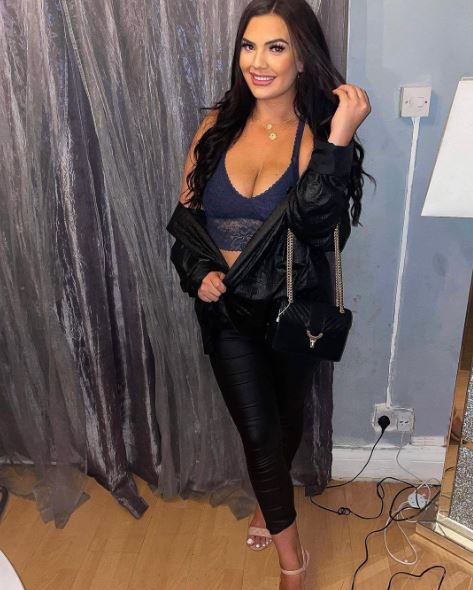 "It makes you feel rubbish because you could be the most mature 17-year-old out there but you still get people looking at you.

"I was in college at the time, so I had a lot of teenage girls muttering and whispering stuff – using unnecessary, horrible words just because I’m pregnant.

"They just didn’t understand, but most of them now have babies themselves, so I think ‘what’s the difference?’

"I’ve had quite a bit of trolling. They'll say say ‘your kids need a different mum’ or ‘go kill yourself’.

"When someone’s trolling your kids, it has more of an impact. I suffer with depression too.

In the past, I have felt like a bit of a failure or a bad mum, like I could do more or do better. So to see comments like that, it does really get to me

"In the past, I have felt like a bit of a failure or a bad mum, like I could do more or do better. So to see comments like that, it does really get to me.

"I've replied to trolls before and had them say ‘oh my God, I didn’t know you’d reply, I’m so star struck right now’. I think ‘what?’

"Now I just don't react. If I see comments like that, I block them or put something sarcastic back, saying ‘cool story, don’t care’. You just need to ignore them." 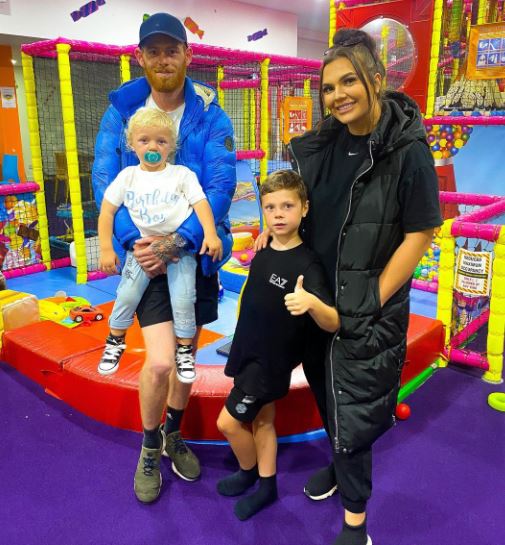 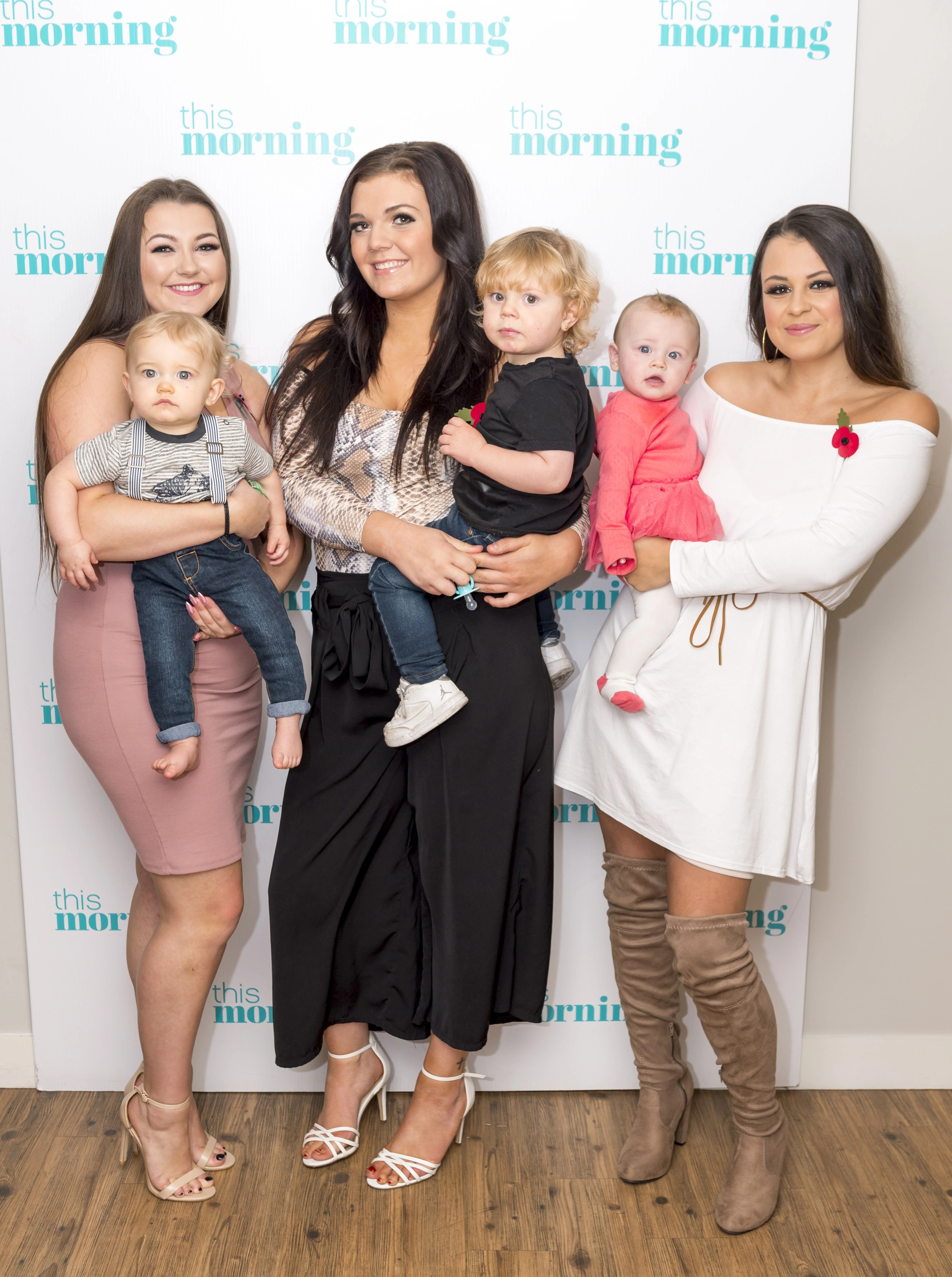 Before falling pregnant with Hudson, Amber was a student with a part-time job in McDonald's and 13 GCSEs under her belt – but motherhood changed her life's direction.

She and Ste were very much in love and hoping to have kids, but didn't realise how quickly it would happen, with Amber finding out the day before her 17th birthday.

Amber says: "I wouldn't say we 100 per cent planned to have Hudson, but he was more planned than not.

"We were so in love and I was young, so we were just thinking ‘we want to have a baby’. I was on the Pill but not taking it religiously.

"It happened quicker than I expected. When I found out I was pregnant, it was a shock but I wasn't upset.

"I didn't know what I wanted to do because I was in college at the time and working in a fast food restaurant and still getting £10 pocket money off my mum.

"When I told Ste, his face lit up with joy and happiness, he was crying. I had to say ‘Ste I don’t know what I want to do, because obviously I’m the woman and the one who has to carry the baby’.

"Then his tears turned into tears of sadness. Seeing how upset he was, I thought ‘this is not going to be an easy decision’.

"We decided to carry on with the pregnancy. My mum and dad helped out massively. Ste was working in the building industry but it wasn’t fully reliable, so I really appreciated that we had my mum and dad to help us out."

I’m glad Ste and me got back together because it gave us that chance to see what it was like. We don’t regret anything but I think that made us realise, even though there’s feelings, this is it now

Ste and Amber's on-off relationship was chronicled on TV, with the pair splitting then reuniting to have their second son, Hudson, before ending things for good just under two years ago.

Amber says: "We're not together now. We’ve decided we work better as friends. We co-parent really well, probably the best we ever have.

"Ste's had girlfriends in the past but sometimes you can't help when your feelings switch back on.

"I think seeing him grow up made me realise ‘that’s the Ste I always wanted to be with’. I’m glad we got back together because it gave us that chance to see what it was like.

"Obviously it didn’t work out but Hudson came along, which was amazing. So we don’t regret anything but I think that made us realise, even though there’s feelings, this is it now.

"We’ll always care for each other because that’s what good parents do. He’s moved on, he’s happy. He does does flirt here and there but that’s Ste all over.

"Now we need to find a balance with our parenting. I'm more of the strict parent whereas Ste’s like ‘I’ll give you whatever you want’.

"So if Brooklyn’s misbehaving, all I’ll hear is ‘I want to go to Daddy’s'. It can get a bit confusing if I'm doing one thing during the week, and Ste does something different." 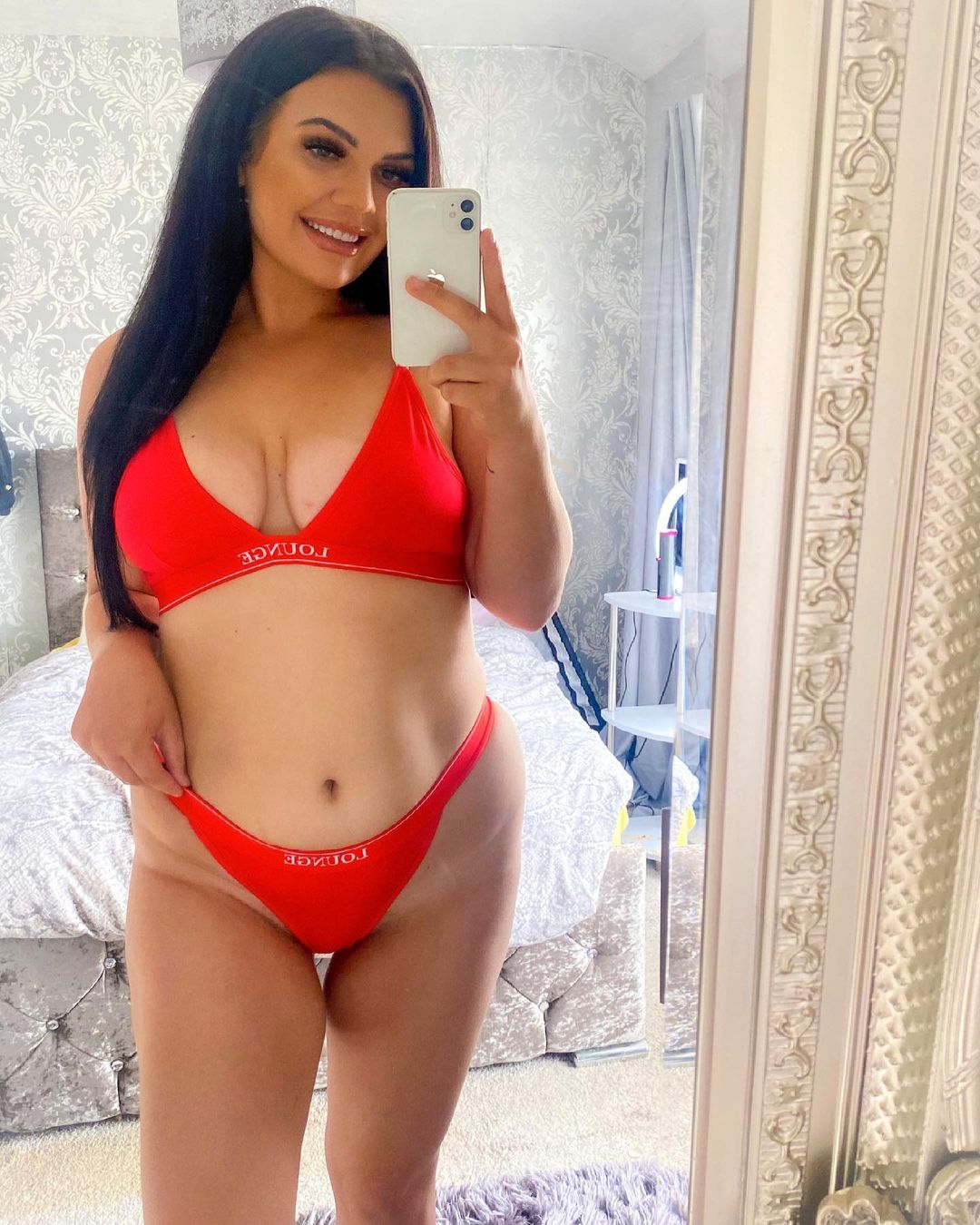 As well as cruel comments about her parenting, Amber, who has 372,000 followers on Instagram, says she's regularly fat-shamed on social media.

She explains: "I get comments on my weight a lot, saying ‘you’re fat’ and stuff like that. That used to affect me but I feel positive about my body at the moment.

"I’ve managed to accept myself and start to love myself, considering I’ve got stretch marks, scars from pregnancy and chubbiness in places.

Amber admits the trolls have made her doubt herself as a parent.

She says: "It's just little things, but I look at my kids and think ‘I wish I could do better for you. I wish I could buy you everything you wanted, I wish we lived in a big massive mansion, I wish I drove a Ferrari’.

"Obviously that would never happen but I just wish I could do better for them."

Among her doubts was when Brooklyn continued using a dummy beyond his peers.

The NHS advice says: "Six to 12 months is an important time for your baby to stop using the dummy. This is the time when they are learning speech and language and if they have a dummy in their mouth, it can hinder them from speaking."

Amber admits: "He had a dummy for a really long time, until he was five, and I tried really hard to get it off him.

"That’s a late age but he’s getting assessed for autism and ADHD. So when I brought up this dummy situation to the professional, I got a bit panicky thinking I’d get judged again, and she actually made me feel really at ease.

"She said ‘a lot of kids who have autism and ADHD have their dummies to a late age, I’ve even seen older kids with dummies’.

"I got a lot of trolling about him having his dummy, but it was his comfort. And every time I took his comfort again, he got really stressed out. It was his way of settling."

When I was filming for Teen Mom, it took up a lot of my time, so I felt like there was no point in me finding a 9-5 job. Still to this day, I find looking for jobs really hard. When you’ve got children, employers think ‘they’re probably not reliable’

Amber, who turned down a university place for TV fame, has also been down on herself for not working.

She says: "When I was filming for Teen Mom, it took up a lot of my time, so I felt like there was no point in me finding a 9-5 job.

"Still to this day, I find looking for jobs really hard. When you’ve got children, employers think ‘they’re probably not reliable’.

"I’m a full-time mum and I do a bit of influencing, I’ve also worked in cafes in the past but I want a job I see a career in, something for myself which I’d love to do.

"I’ve been applying to jobs in care recently, caring for the elderly and a couple of nurseries, so I'm just waiting to hear back on those.

"Now I’m driving (Amber passed her test last week) it makes it easier for me to get a job, so fingers crossed.

"I don’t want to be doing influencing all my life, so I need to start thinking about a practical career now, for my boys but for myself as well." 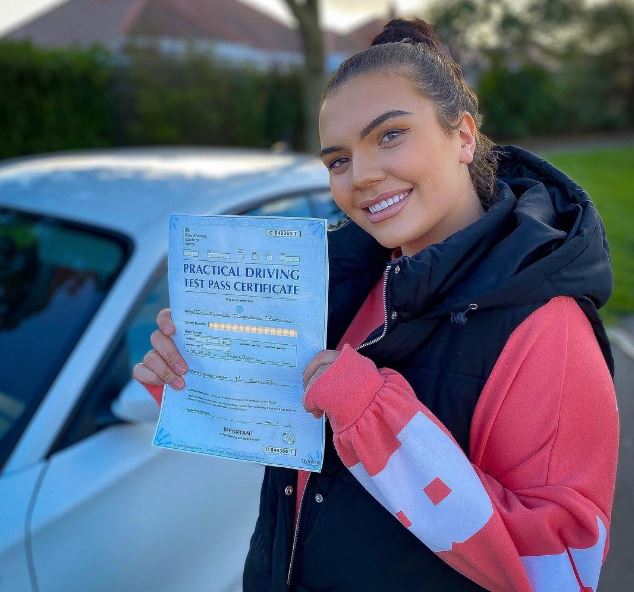 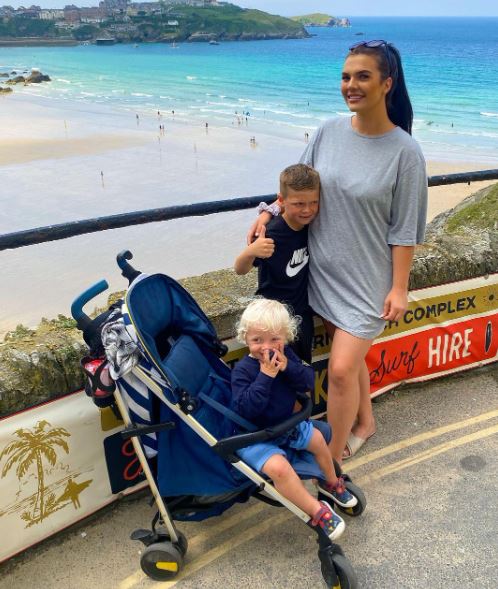 "I see it as, I’ve had more years to spend with them and make memories. I’ve got a friend who’s not ready to have kids yet, she might end up having a child when she’s 30, and that’s absolutely fine.

"But I’m super happy I had my children younger. I don’t know if there’s any more in the future, but I’d love to have a little girl."

Amber adds: "I don’t think there’s any (ideal) age on pregnancy. If you feel like you're ready, go for it.

"My little sister is 12 and if she was to come to me at 17 and tell me she was pregnant, I wouldn’t judge her or say ‘oh my God, what have you done with your life?’ I would just congratulate her."

She does feral parenting with her boys and I related to it a lot, because I feel like my kids are a bit feral. So it was nice knowing it’s not just my kids who run about and want to cause havoc all the time

There is one drawback of being a young mum though – Amber doesn't have many friends in the same situation as her.

But in the new series, she got an insight into different families, including a mum of quads in her 50s, a Montessori family and even living on a farm.

"I don't have a lot of mum friends, so it was nice sitting down and talking to people about mum life, which is something I don't get to do very often," she says.

"The new series was really fun to film. I didn’t even know there were these parenting techniques out there so it was nice to learn about them.

"When I stayed with the quadruplet family, it took me by surprise because I thought 'the house is going to be a bit stressful’.

"But their kids were really well behaved, their two-year-old compared to my two-year-old is dramatically different.

"I ended up feeling a bit on edge about myself, thinking ‘am I doing something wrong? Why are my kids so hyper all the time?’

"I also stayed on a farm. She does feral parenting with her boys and I related to it a lot, because I feel like my kids are a bit feral.

"So it was nice knowing it’s not just my kids who run about and want to cause havoc all the time."

The final episode of Teen Mom UK: Mums Move In airs at 8pm tonight, only on MTV.