Home » Fashion » I punched an Iraqi insurgent in the face & dodged bombs in war but being a mum is MUCH scarier, says ex Miss England

A FORMER soldier commended for punching an Iraqi insurgent in the face said the prospect of competing in the upcoming Miss Great Britain is much scarier.

Katrina Hodge, 33, earned the nickname 'Combat Barbie' after being crowned Miss England whilst serving as a soldier. 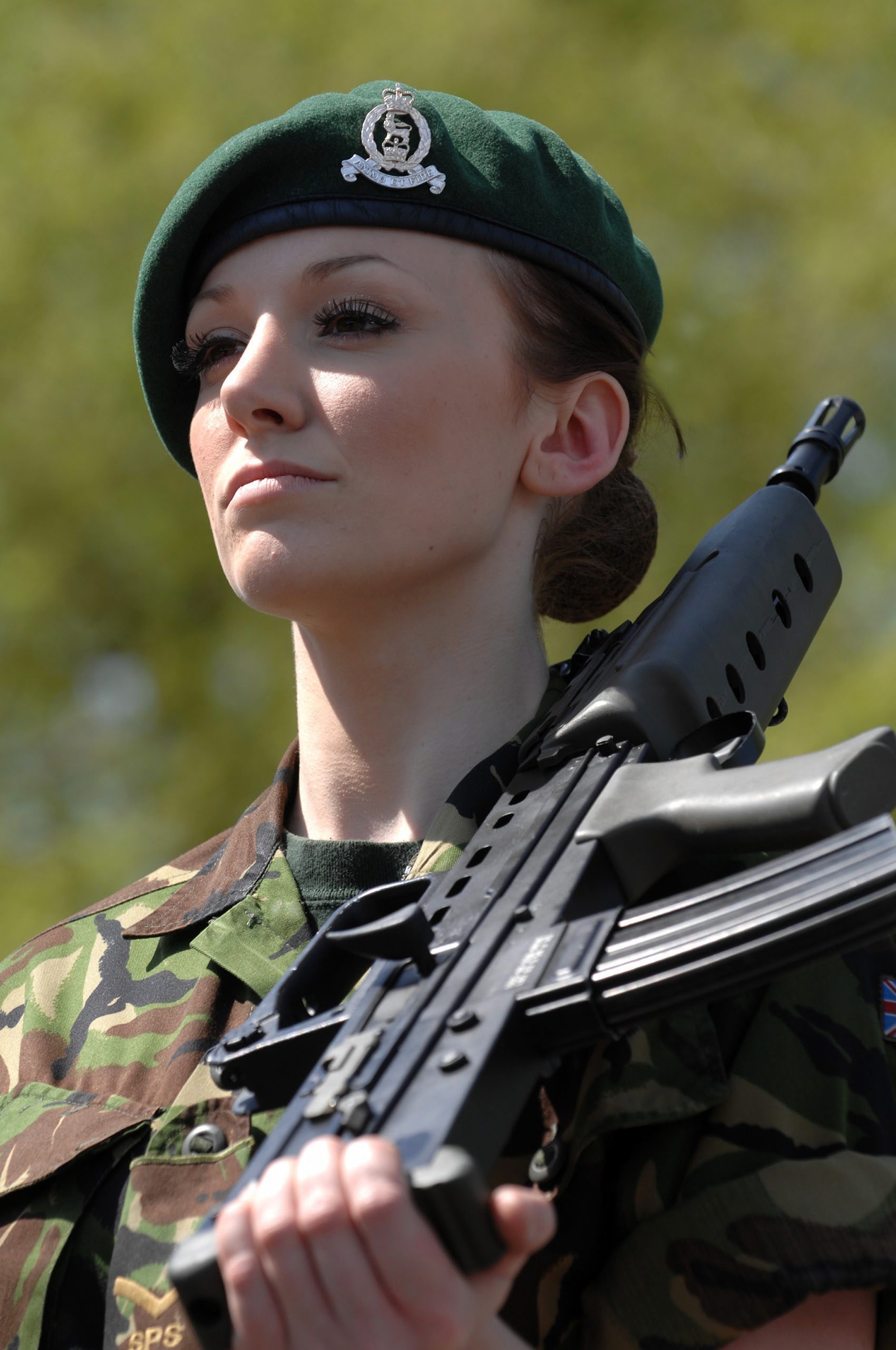 But 11 years – and two kids – later, despite her beauty pageant titles, she admits even she dodges appearing in photos with her daughters, or uploading pics to Facebook.

She said since becoming a mum, her confidence has been knocked and she constantly compares herself to photos from her Miss England days.

And in a bid to shake off her hang ups and inspire other mums, she's preparing to compete for the Miss Great Britain competition next year.

But she said doing it as a mum – and a decade after her last time on stage – is scarier for her than being a soldier in the British Army. 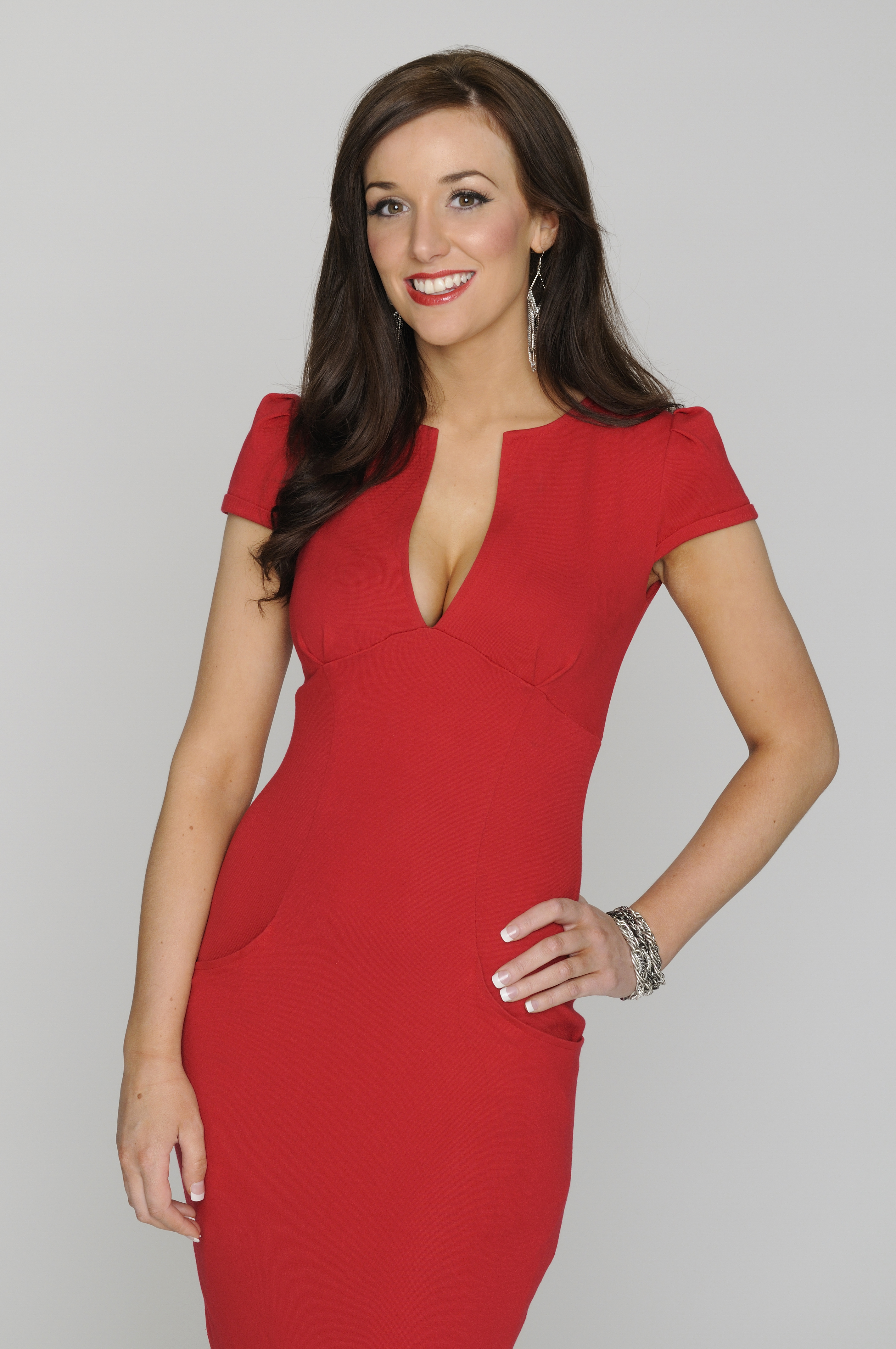 Katrina, who now works for a bank in financial services, said: "It is massively scary, I am feeling nervous about going back on stage.

"In the Army, I was trained to fight as a solider in Afghanistan and Iraq. I never felt scared or brave as I was just doing my job.

"But getting on stage in heels – that is brave. Putting yourself out there for people to judge you is scary and I think women who can do that are incredibly brave.

"It's been over ten years since I was crowned Miss England. In that time, I've left the army so have been doing less fitness and I've had two children.

"I feel like I'm constantly competing with my former self. I've definitely punished myself before when friends introduce me as a former Miss England as I don't look like I did then.

"I'll never be a size six again but I want to compete to find myself again and show other women that it's ok to not look like you did when you were younger." 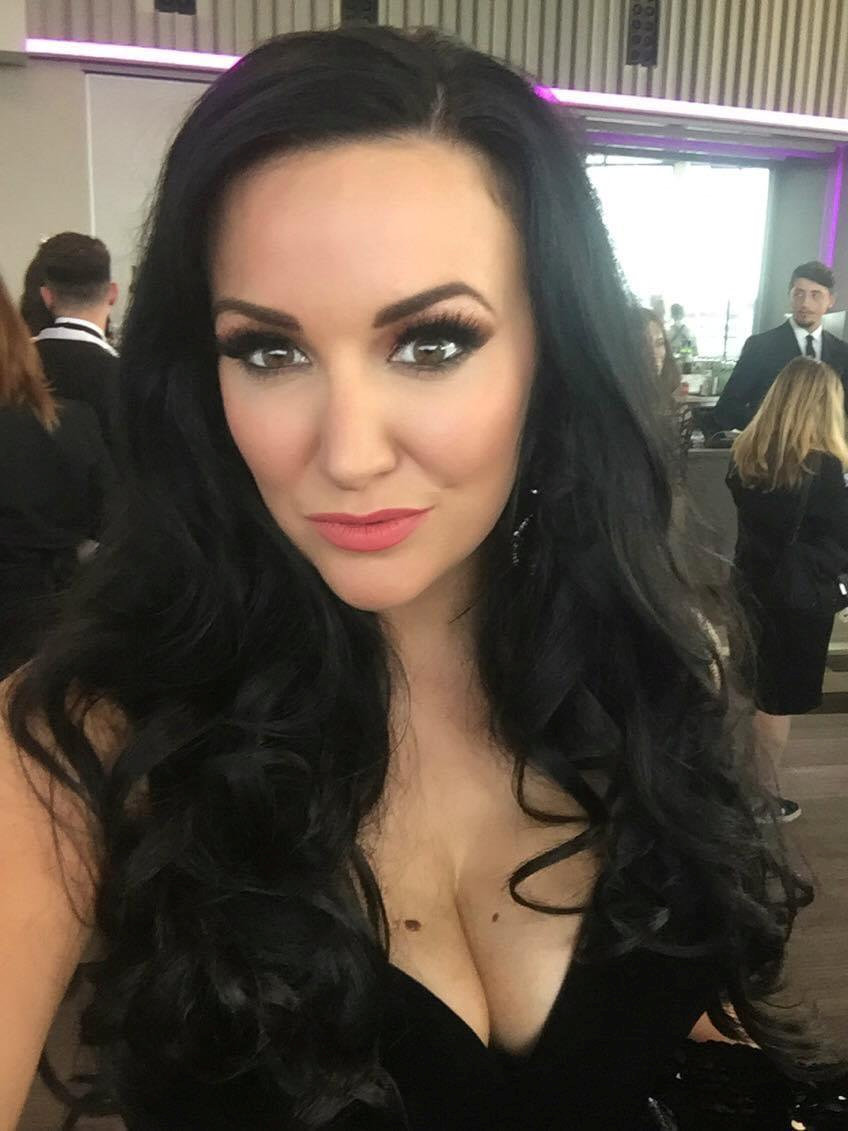 Katrina joined the Army as a teenager on a dare after being labelled 'too girly' to become a soldier and was deployed to Iraq two days after her 18th birthday in 2005.

Incredibly, Katrina saved the lives of five comrades when she disarmed an Iraqi insurgent, punching the rebel in the face after he lunged at their vehicle holding two rifles.

She was commended for bravery upon her return to the UK by her commanding officer and was promoted to lance corporal.

Keen to promote the Armed forces as a career choice for women, Katrina competed in the Miss England beauty pageant and was crowned the winner in 2009.

She went on to model for La Senza whilst still serving in the military before she left the forces in 2015 to pursue a career in the financial services.

Katrina has since welcomed two daughters Phoenix, eight, and Eden, six, and has struggled to accept how her appearance has changed over the past decade. 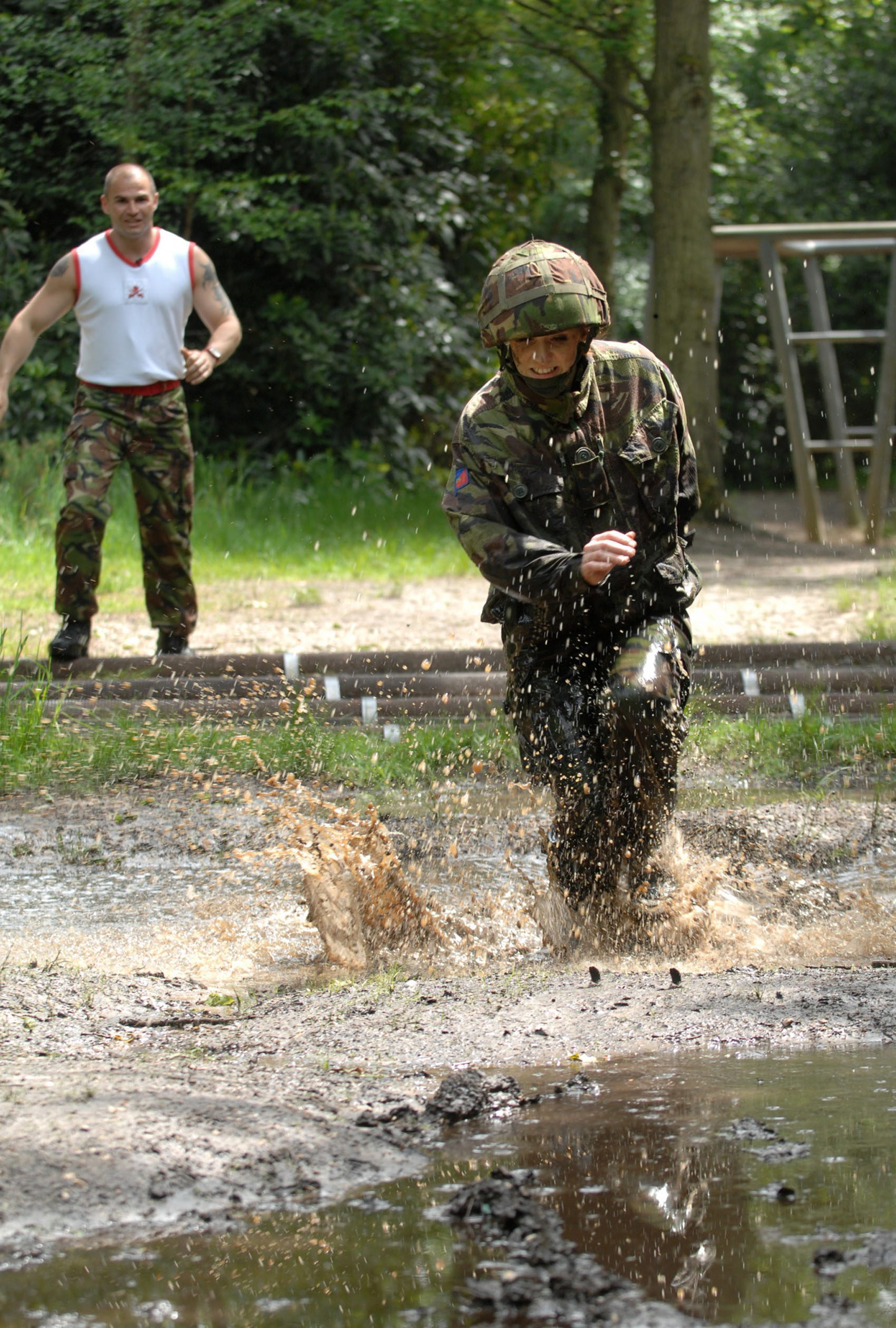 Katrina, who now lives in Brighton, said: "For a long time, I have been mentally competing with my former self – I have hated myself and who I’ve become.

"Women in their 30s and 40s should stop comparing themselves to their younger self, which in truth is something I’ve done for a long time.

"I’m sure nobody else has noticed but I rarely post pictures of myself. This is because I’ve become embarrassed of the person I am now – which is madness!

"I should be present in pictures with my daughters, because they don’t care what I look like, but sadly too often I’m not.

"I'm a mum in a hoodie with her hair scraped back most days and I have lost myself a bit along the journey that is motherhood."

Katrina has always been an advocate for body positivity, making it her mission as Miss England to change the way the beauty pageants were judged. 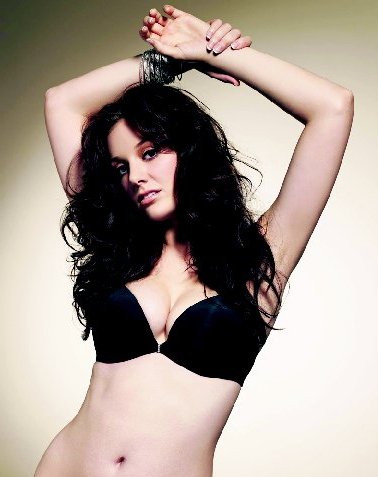 She successfully campaigned to have the bikini round removed from the Miss England competition after believing winners should be judged less on looks and who they are as a person and a role model.

Eleven years after being crowned Miss England, Katrina is now taking to the stage again to compete for Miss Great Britain next year to encourage body positivity for older women.

Katrina said: "2020 has very much taught me that you shouldn’t give a damn what anyone thinks of you, or your life choices. People are always going to talk, so you may as well give them something to talk about! 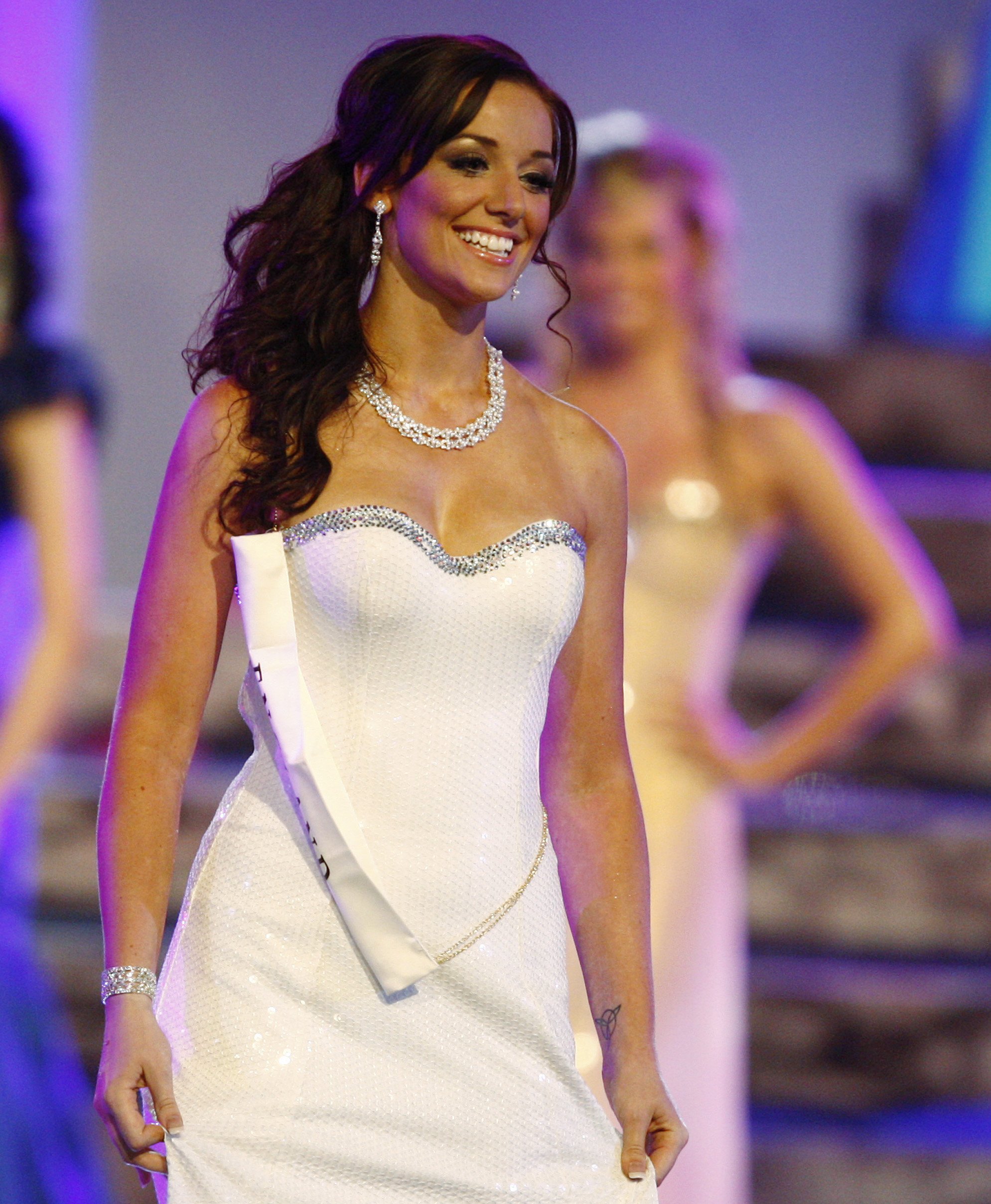 "I think it’s incredible that a competition has opened up to celebrate women of all ages, backgrounds, dress sizes and everything in between. I cannot wait to meet all the other ladies and have a whale of a time once more.

"I need a focus to stop eating pizza, cake and I need a goal with an end date. It’s time to get rid of “Dave” my double chin.

"Ms Great Britain is the perfect opportunity to work towards a goal, getting to a point physically and mentally where I am proud, confident and unapologetically myself.

"I’m doing this so I can find “Kat” again as I think I’ve lost myself a bit. Win or lose, I can’t wait for that moment when you walk on stage – the buzz is unreal and like no other!

"I am so far from the glamorous queen I once was – I hardly wear make up or even do my hair and I live in leggings and hoodies. I just want to feel fabulous and like me again!

"More than anything, I want to show that women my age don't need to try to regain who they were in their early 20s, which is why this competition is so fabulous – we can be proud of ourselves and the journeys we have been on.

"I’m not in my 20s anymore, I’ve had two kids, I'm covered in stretch marks, but I am me and know that I have a lot more to offer than just how I look.

"I joke that most of my body might have gone south but my heart is still in the same place and I know I can give this my all!"

Plus Lush fans are showing off their sale hauls worth thousands.