A COUPLE with an age gap of 40 years say they refuse to let numbers define them – despite some awkward stares from strangers who think they are father and daughter.

Bernd Hasenbank, 72, and Julia Strauß, 31, met each other at a seminar in April 2019 and, excluding a brief two-month split, have been inseparable since. 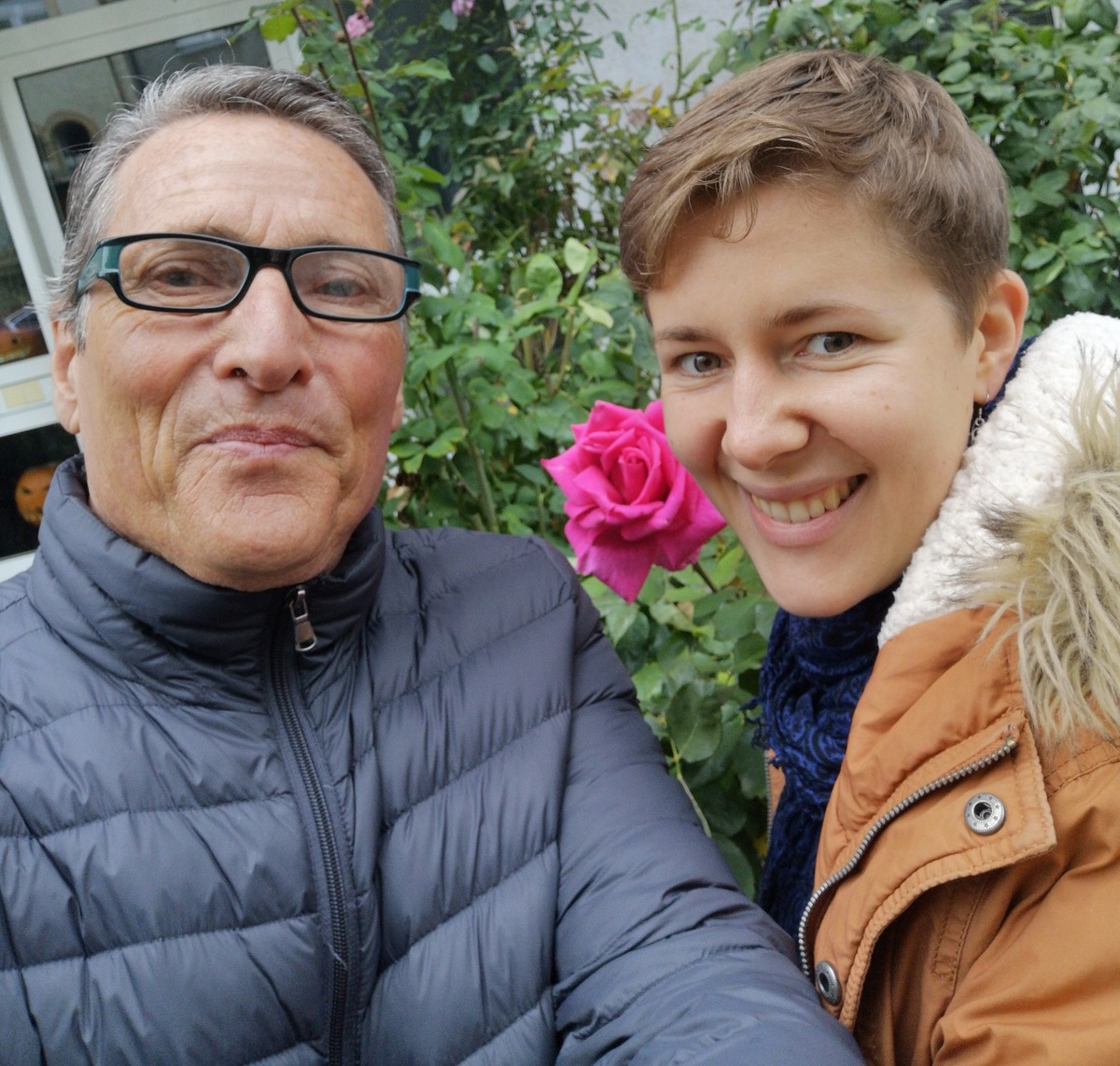 The couple, who live in Frankfurt am Main, have both previously been in long-term relationships, and Bernd shares three children with two different women from previous romances, two of which are not much older than Julia.

However, after meeting last year the duo cannot get enough of each other, with Julia even crediting her older man for being a "wonderful lover."

Julia said: "We got to know each other in a special stillness seminary in April 2019. A few years before, I had this feeling that I would meet a man in his 70s and have a very strong connection.

“Leading up to the seminar, I started getting myself in a tizzy and when I sat on a bench at the seminar and watched everyone come through, I saw Bernd come in and sit down next to me and it was as if I knew him from a past life. 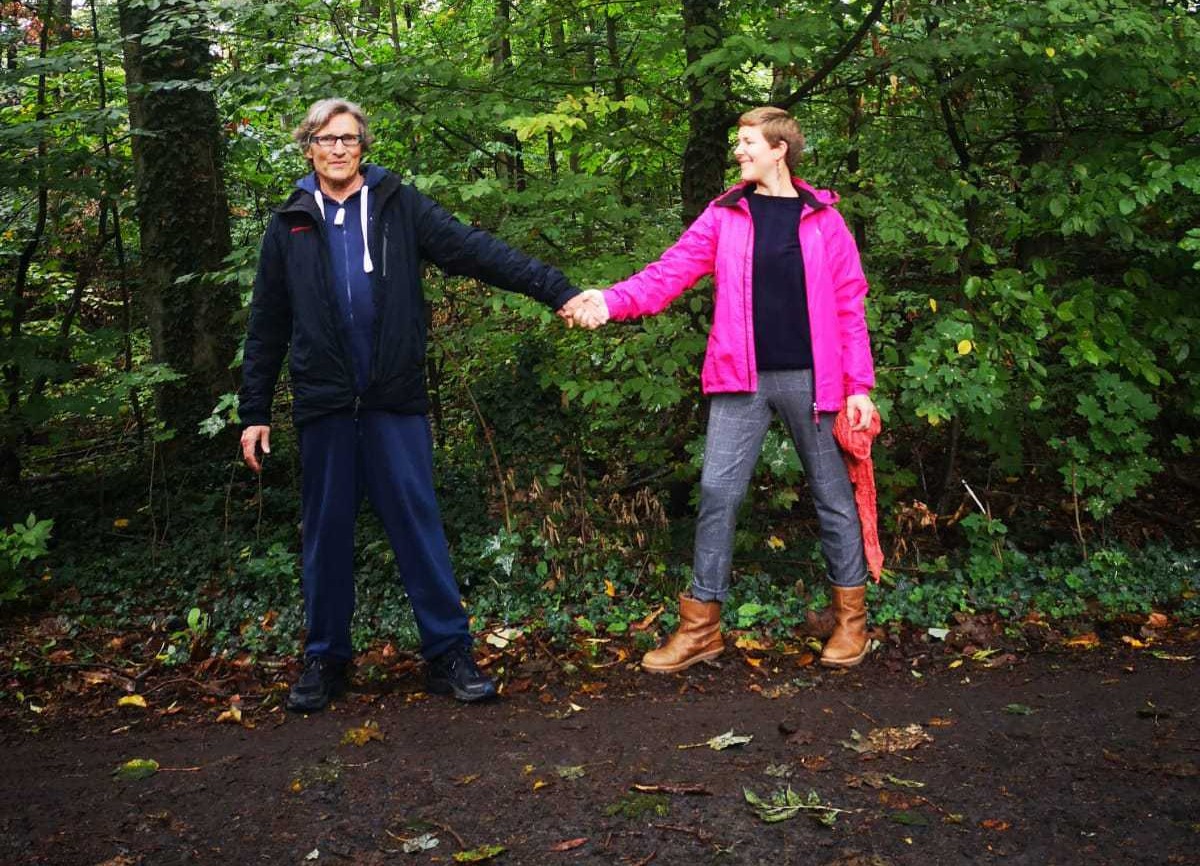 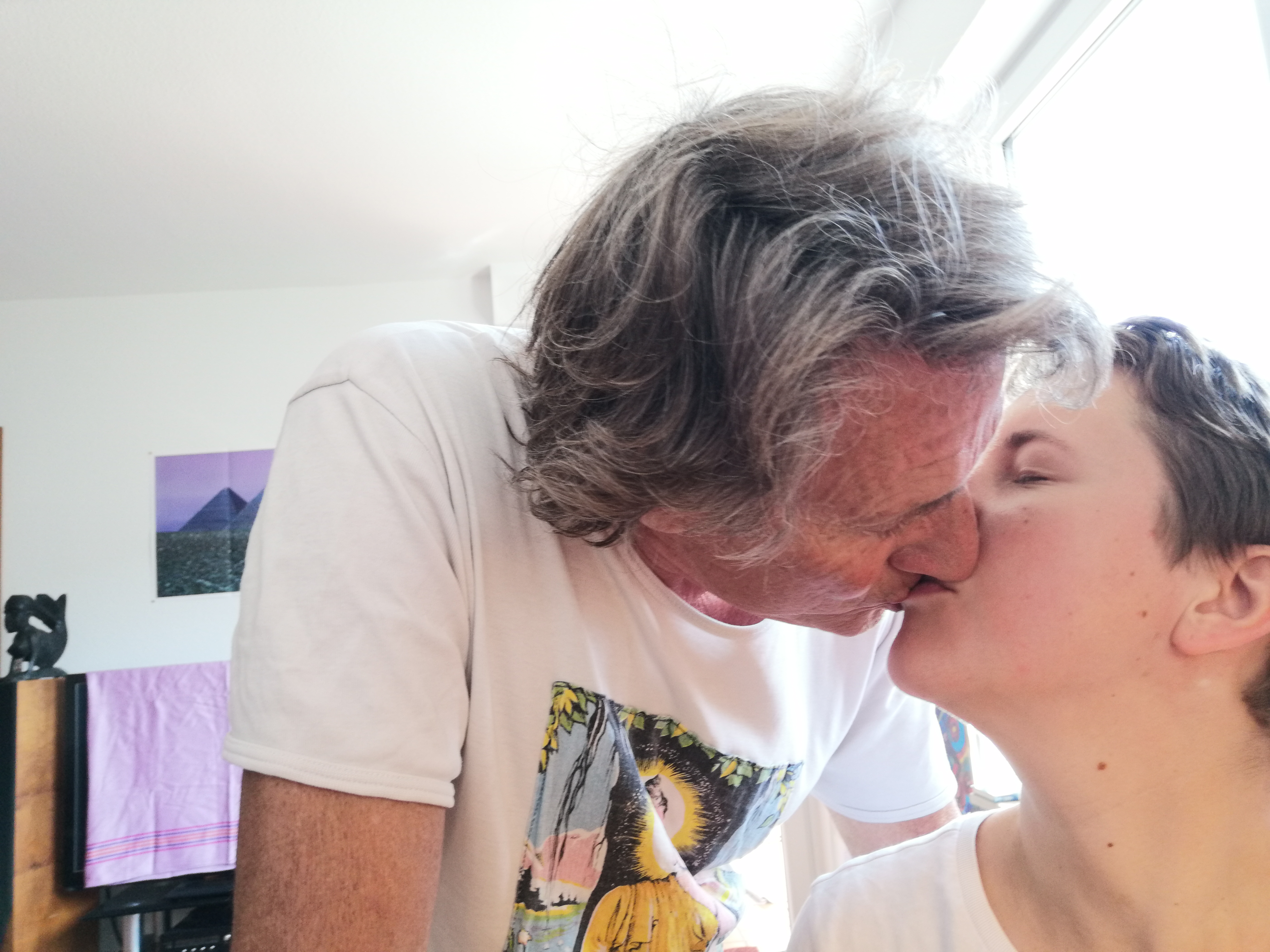 "Over the weekend of the seminar, it was clear there was something there and we connected.”

One month later, however, Bernd's apartment went up in flames because Julia's laptop exploded.

Julia said: “Bernd was burned and had to go to the hospital and the whole thing made us a lot closer. We went into a kind of nomadic period, moving from apartments to hotels to friend's places until December 2019.”

Bernd added: "However, when we were ready to move into the restored apartment again, Julia met another man at work and so stepped out of our relationship for two months.

“In February 2020 she came back and since this time we have been even closer than ever. We call it our first and second semesters in the university of our life." 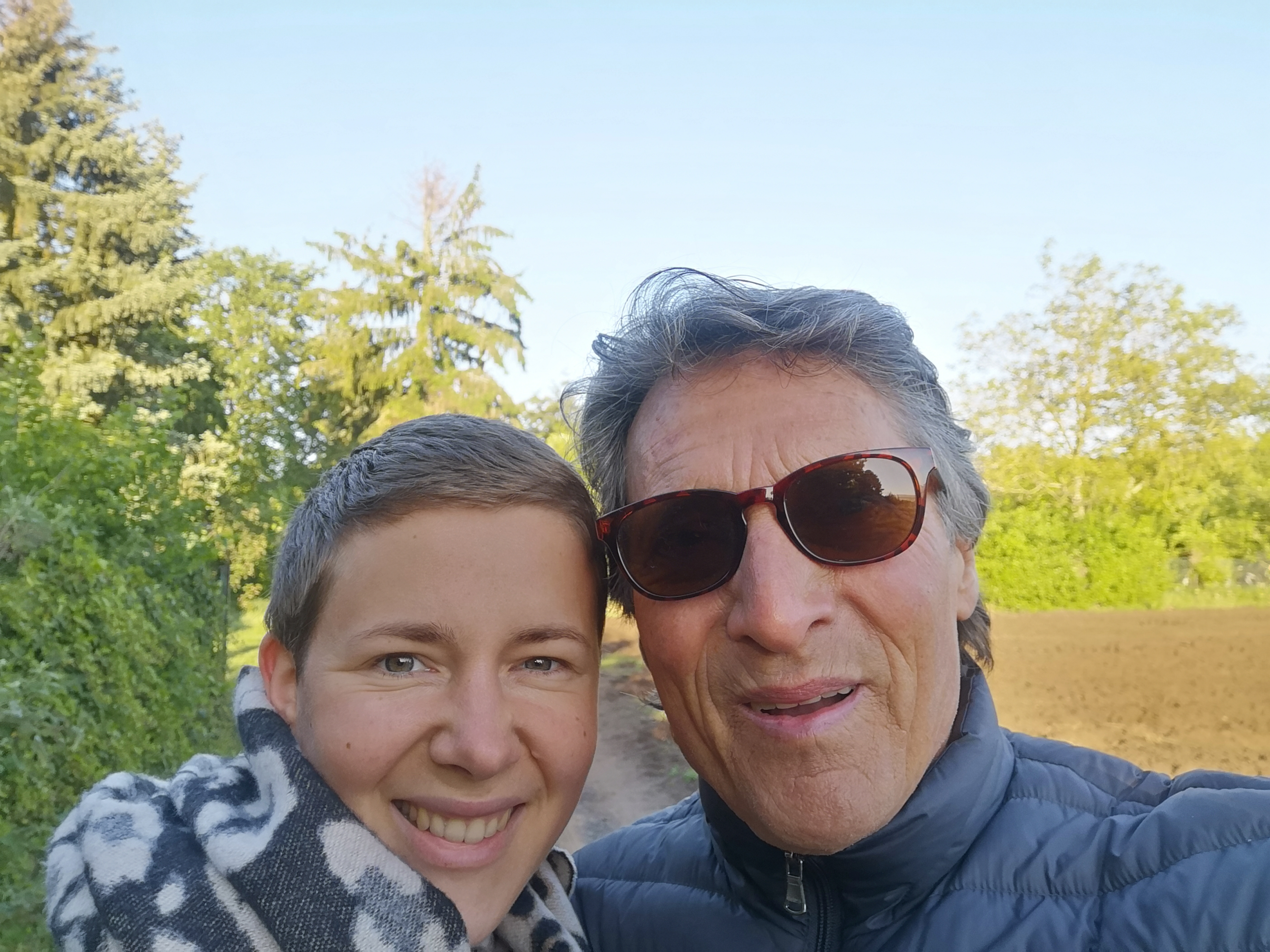 Explaining what he loves about Julia, Bernd said: "Her physical appearance attracted me a lot at first but things soon got much deeper than that, and I discovered a wide field of inner beauty.

"I love very much that this young woman is at a similar state of self-knowledge and honesty which is very lovable and at the same time, is a great challenge for my inner processes."

Meanwhile, Julia says that there isn't "just one thing" that she loves about Bernd but "his whole being".

She explained: "I love the deep way he can understand me, sometimes better than I understand myself.

“I love the way he lets me feel safe and at home, how he protects me. I love his special humour and his very poetic way of seeing the world.

"Life with him is like a special romantic science fiction poem from the '70s with lots of music." 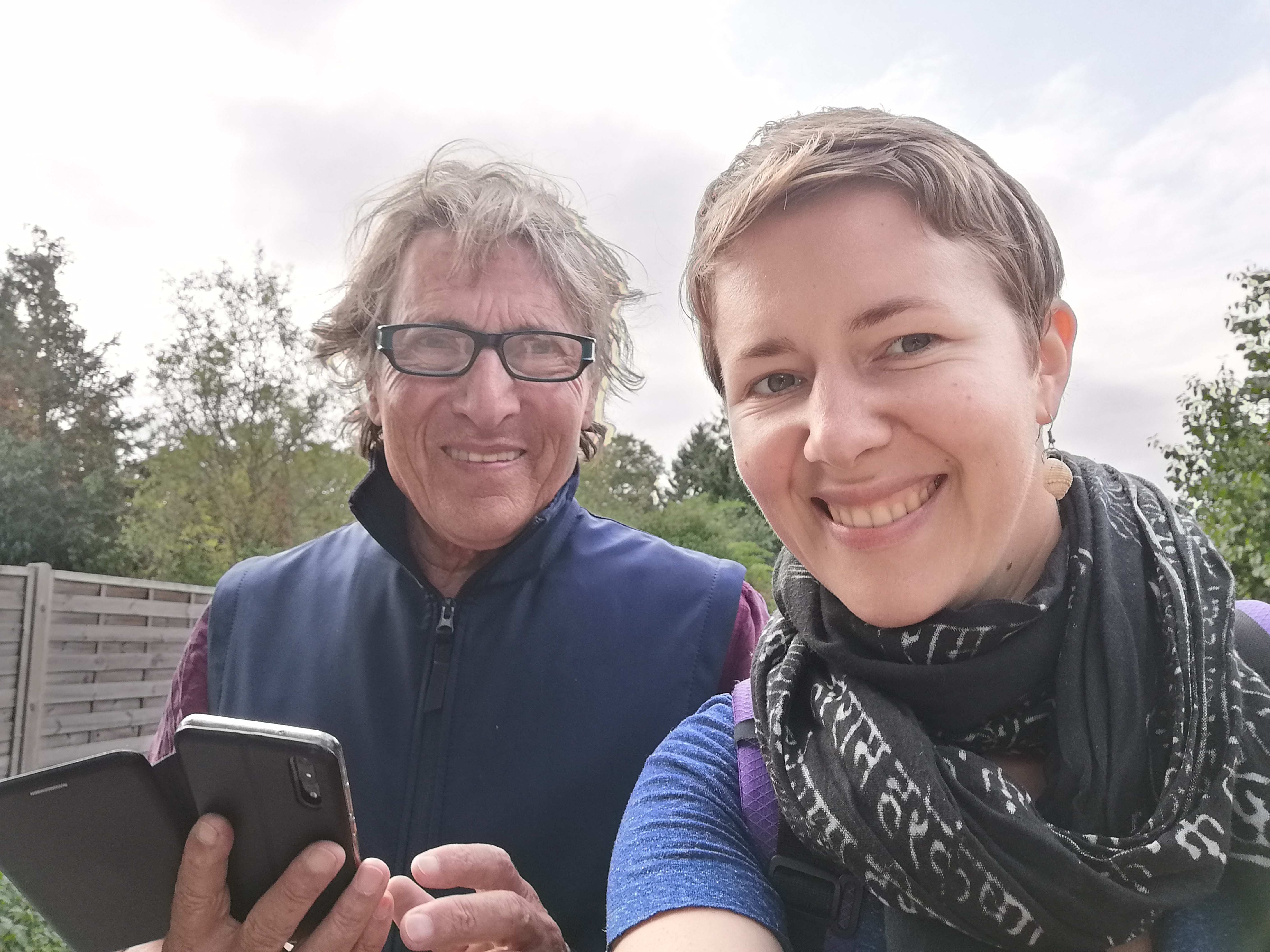 But while for the most part, the couple completely forgets about their age gap, they admit there are sometimes reminders.

Bernd said: "For me, when I look in the mirror with my reading glasses on, I often say to myself, 'Man, you're so old!' but always with a humorous smile.

"Although, the more I spend time with Julia the less I have a problem with the age gap."

However, Julia admits that in the first 'semester' of their romance, she often thought about their age gap, explaining: "Sometimes it was very hard for me to differentiate between preconceptions I had and something I really didn't feel good with.

"But with time, I can see that the age gap is like an illusion and I don't think about it so much anymore. 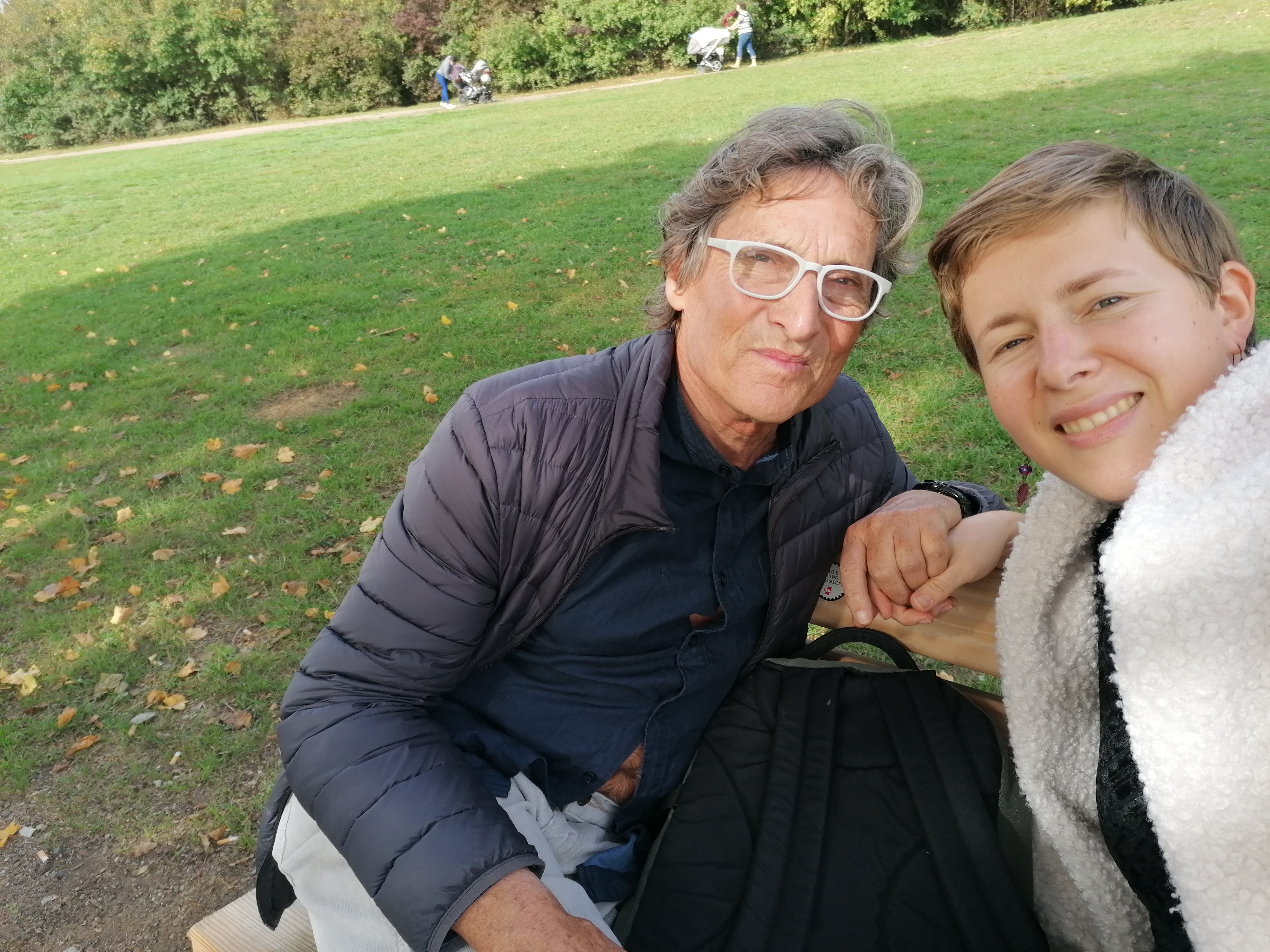 “The age is so relative, sometimes I'm feeling older than him and often we're feeling ageless or the same.

“But besides that, I think he can guide me in a special way with deep wisdom and strength where I'm still more inconstant.

"When you think of physical differences, he is anything but old and we regularly exercise together, he is a wonderful lover and he has so much power and a lively spirit."

The pair said that while they do not pay attention to people staring at them when they are out and about together, Julia did notice people "looking with astonishment" at them at first.

She added: "But the more relaxed I got, the more I saw people feeling happy seeing us strong together.” 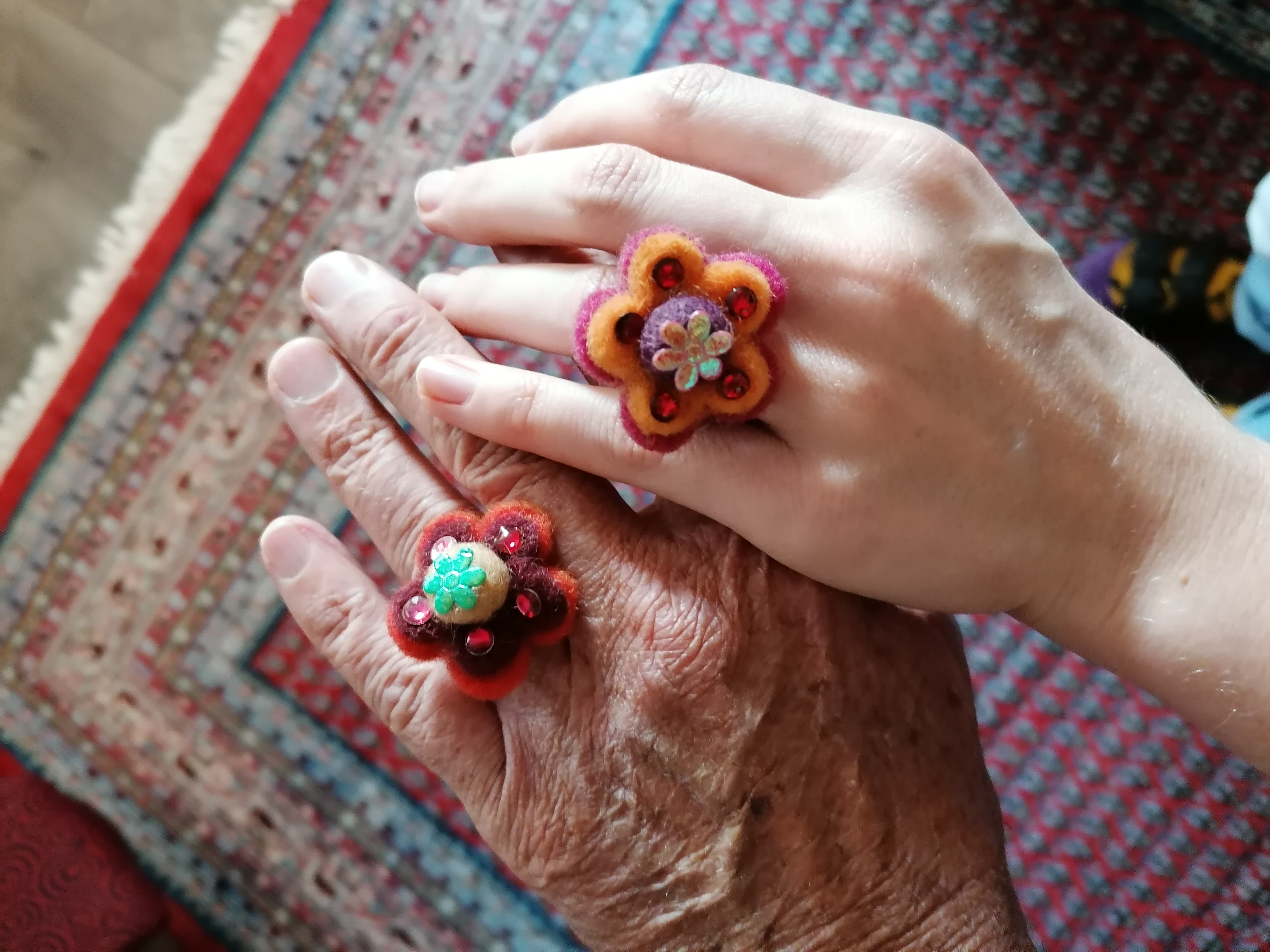 They also noted that some strangers may well assume they are father and daughter but thankfully, they've yet to experience any awkward situations.

Despite having a daughter that is not much older than Julia, Bernd says his family has been very supportive of their romance.

He said: "My two sons also believe that if I'm happy, this romance can't be wrong."

Meanwhile, Julia notes her friends are "very open to our age gap love, which is really a great gift." 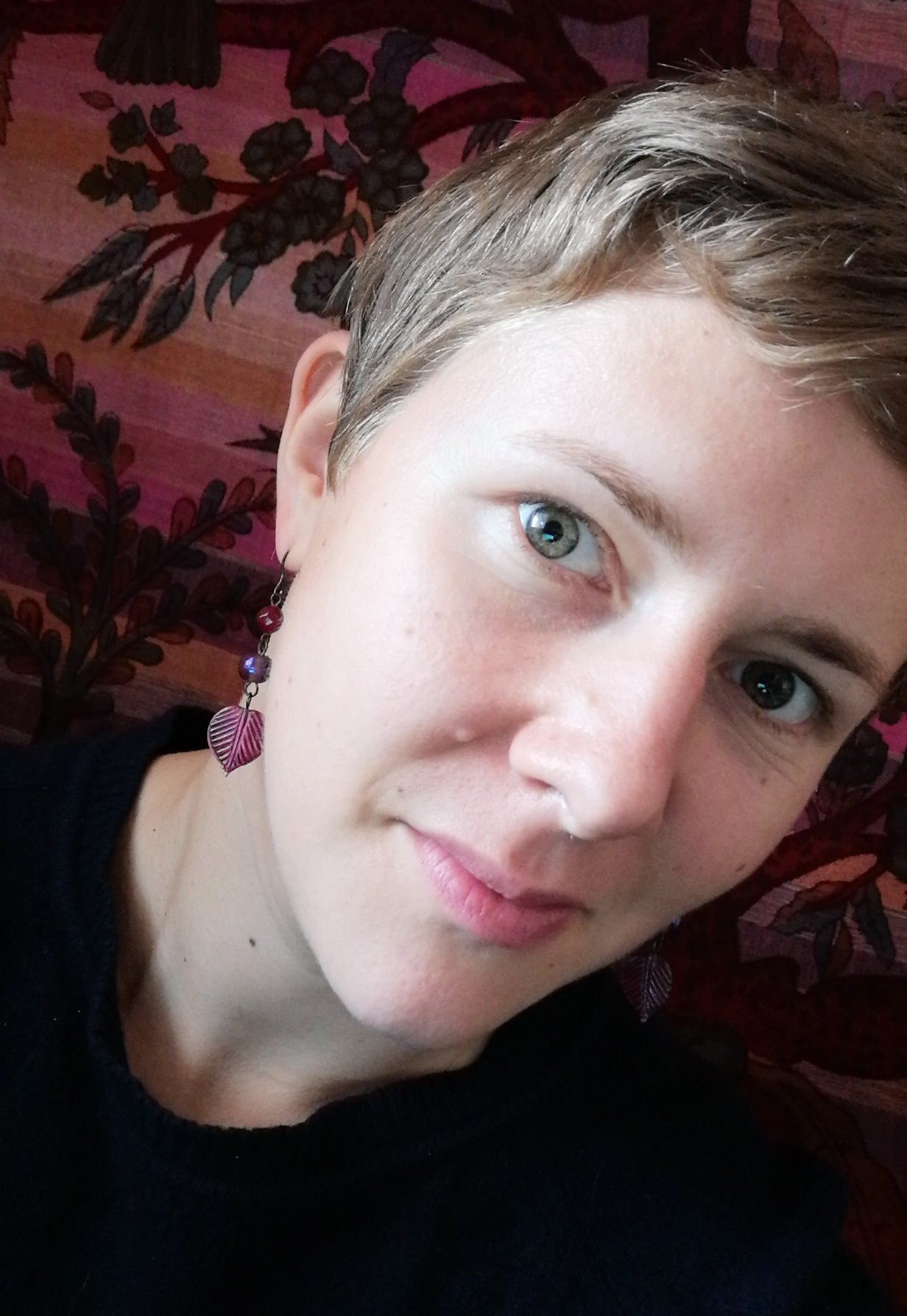 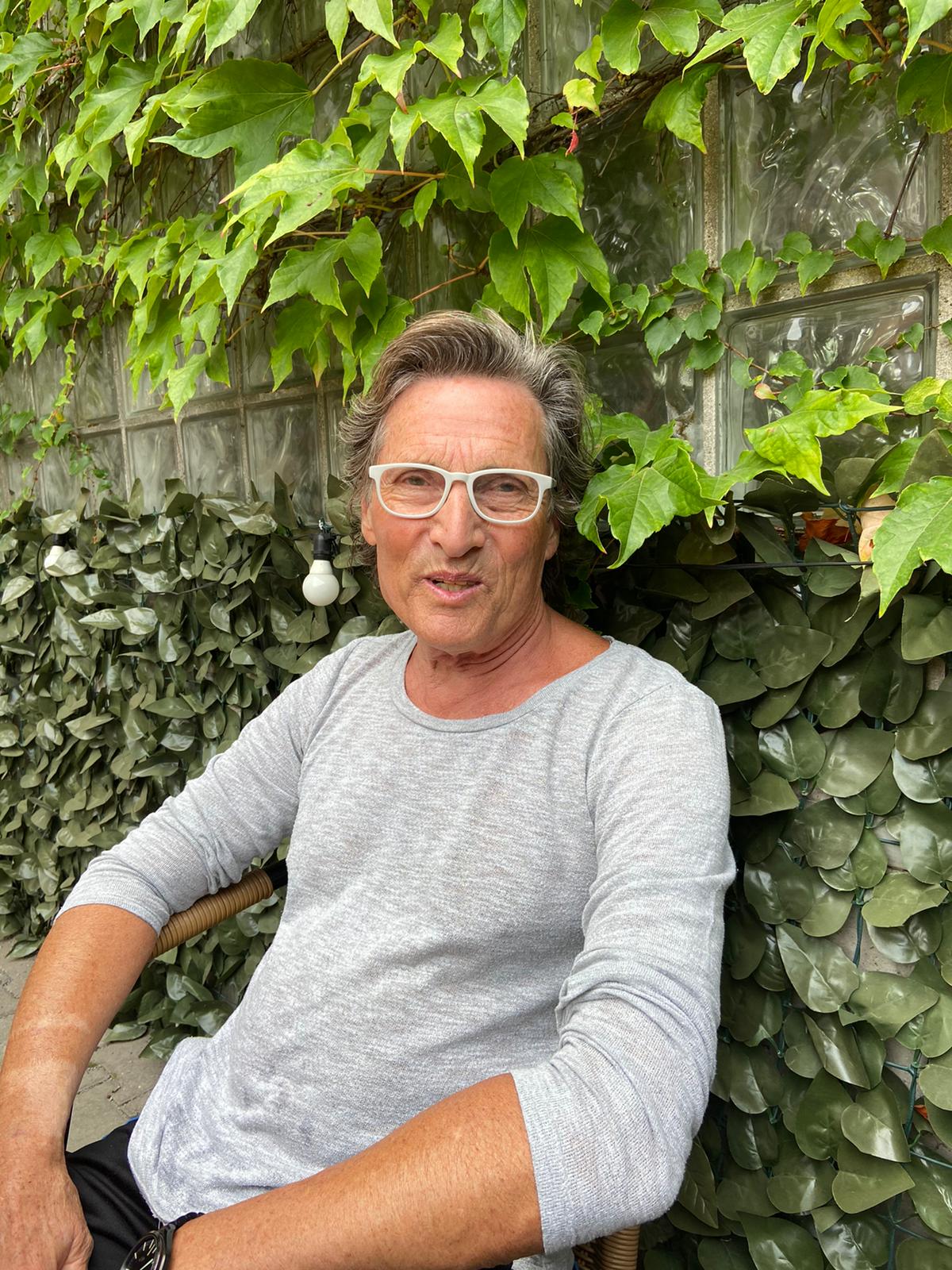 She added: "They can see that we are happy together and that we have a healthy bond.

“My parents are 60 and 67 and they were and still are sceptical from time to time but separate from the age gap, they really like Bernd and it feels familiar when we're all together.

“They've even invited him to attend a large gathering next year and I'm proud that I will have him by my side." 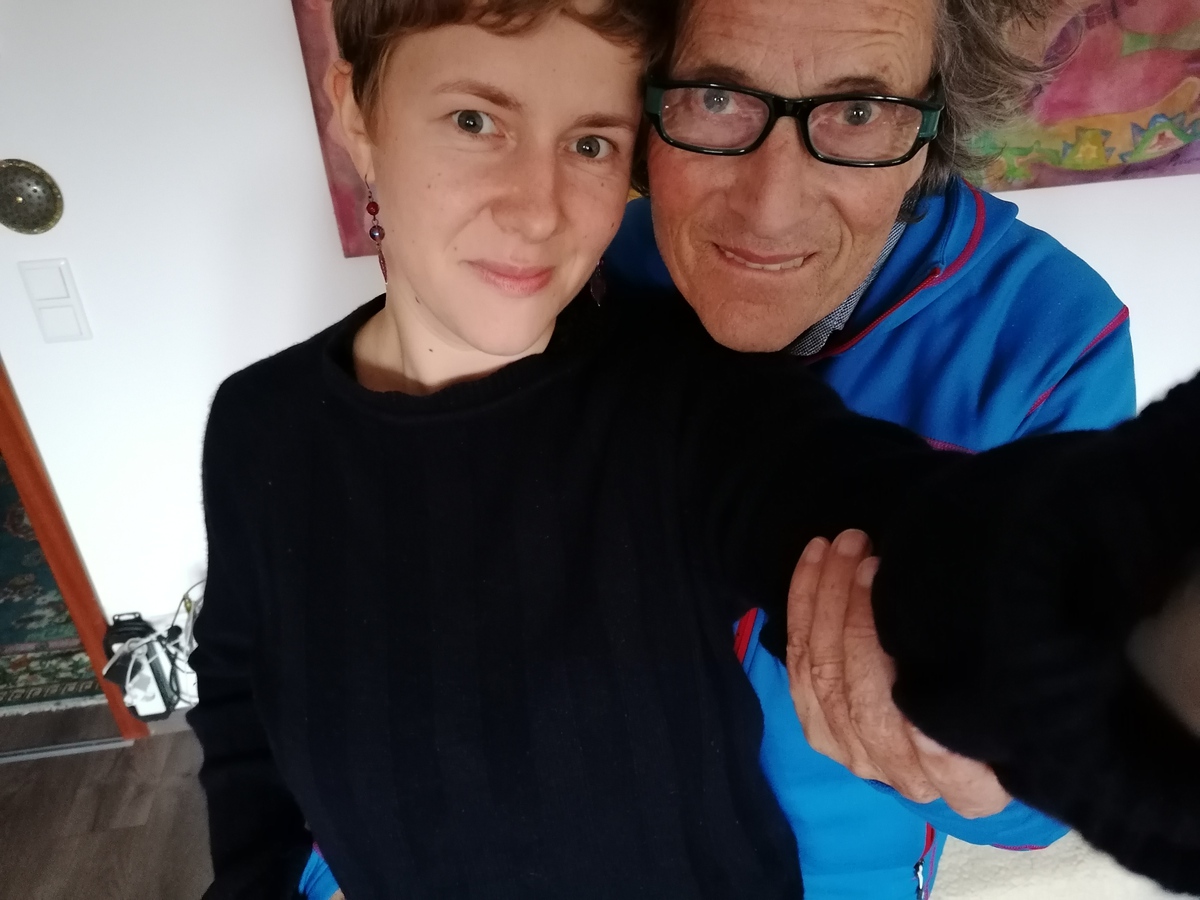 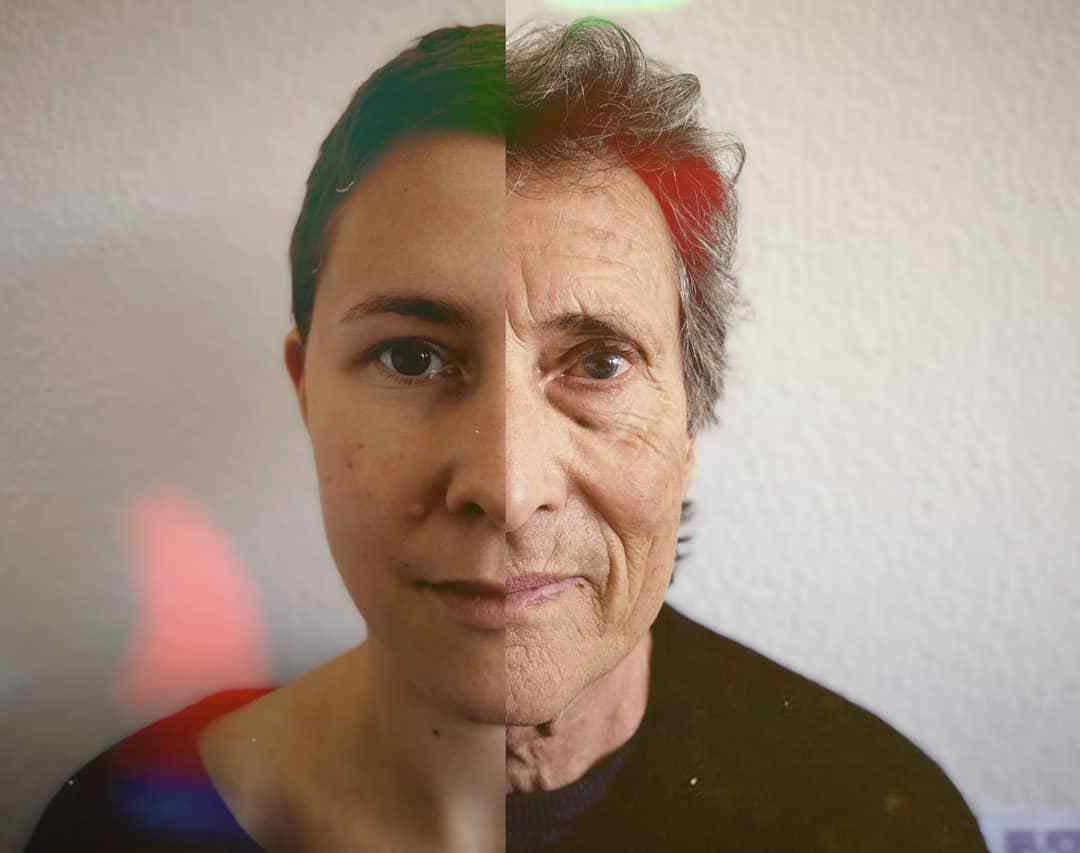 The couple said the secret to making their age-gap romance work is “the braveness to communicate critical points of one's history synthesised by love."

They added: "That leads to more inspiration and growth, hopefully melting into more self-consciousness. It's also important to be independent.”

While they don't plan on having children anytime soon, Bernd notes that he is "not afraid to become a father to Julia's child" but does not know what the future will bring.

Meanwhile, a couple with 23-year age gap got engaged in a MONTH, have matching tattoos & he’s 3 years younger than her parents.

Previously, a mum, 27, revealed the 26-year age gap between her and her fiancé – who is older than her parents – means he’s often mistaken for her dad.

And a student, 19, insists that ‘love has no age limit’ after falling for lover, 52… but her family have disowned her over the 33-year age gap.