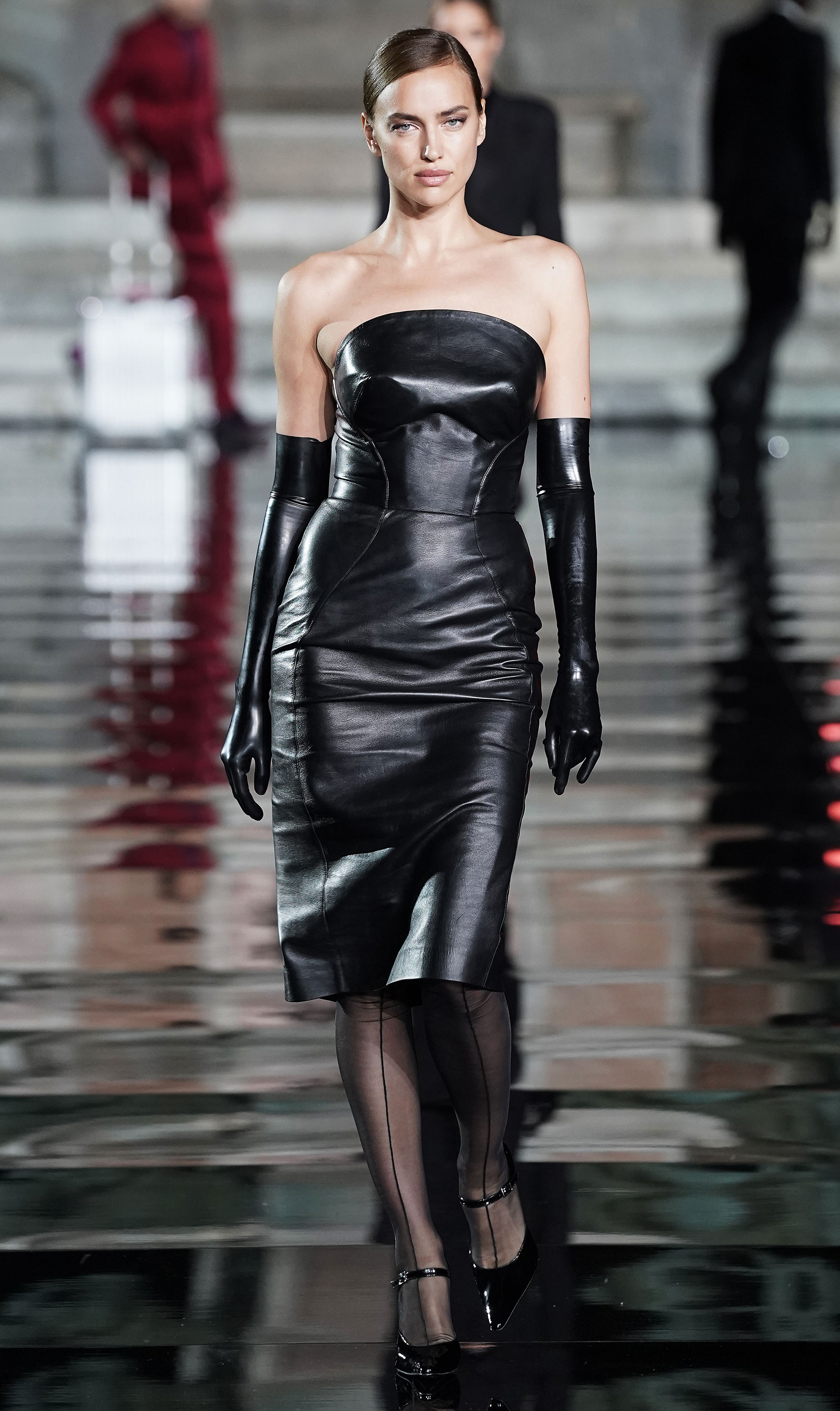 Irina Shayk isn’t going through one of those stereotypical eating ice cream and crying-through-rom-com-movies-kind-of-a breakup. Instead she’s slaying it on the runway.

On Thursday, June 13, the supermodel hit the catwalk for the first time since news broke that she and Bradley Cooper split. This marked the first public outing the 33-year-old has had since calling it quits with her boyfriend of four years a week earlier.

Bradley Cooper and Irina Shayk: The Way They Were

In Florence, Italy, the Russian beauty walked in the CR Runway x LuisaViaRoma 90th Anniversary Show looking edgy and chic in two separate numbers. The first was an all leather look from Ermanno Scervino that included a form-fitting knee-length dress and over-the-elbow gloves. With her hair sleekly pulled back into a bun, her sharp features seriously popped.

The second was a pinstripe skirt suit from the Mugler archives. The business-like ensemble had a bit of sexiness thanks to the sheer stockings held up by stocking clips — as seen through the skirt’s high slit — and a matching see-through bodice worn underneath the blazer. She topped it off with patent leather stilettos and a scarf worn like a choker around her neck. 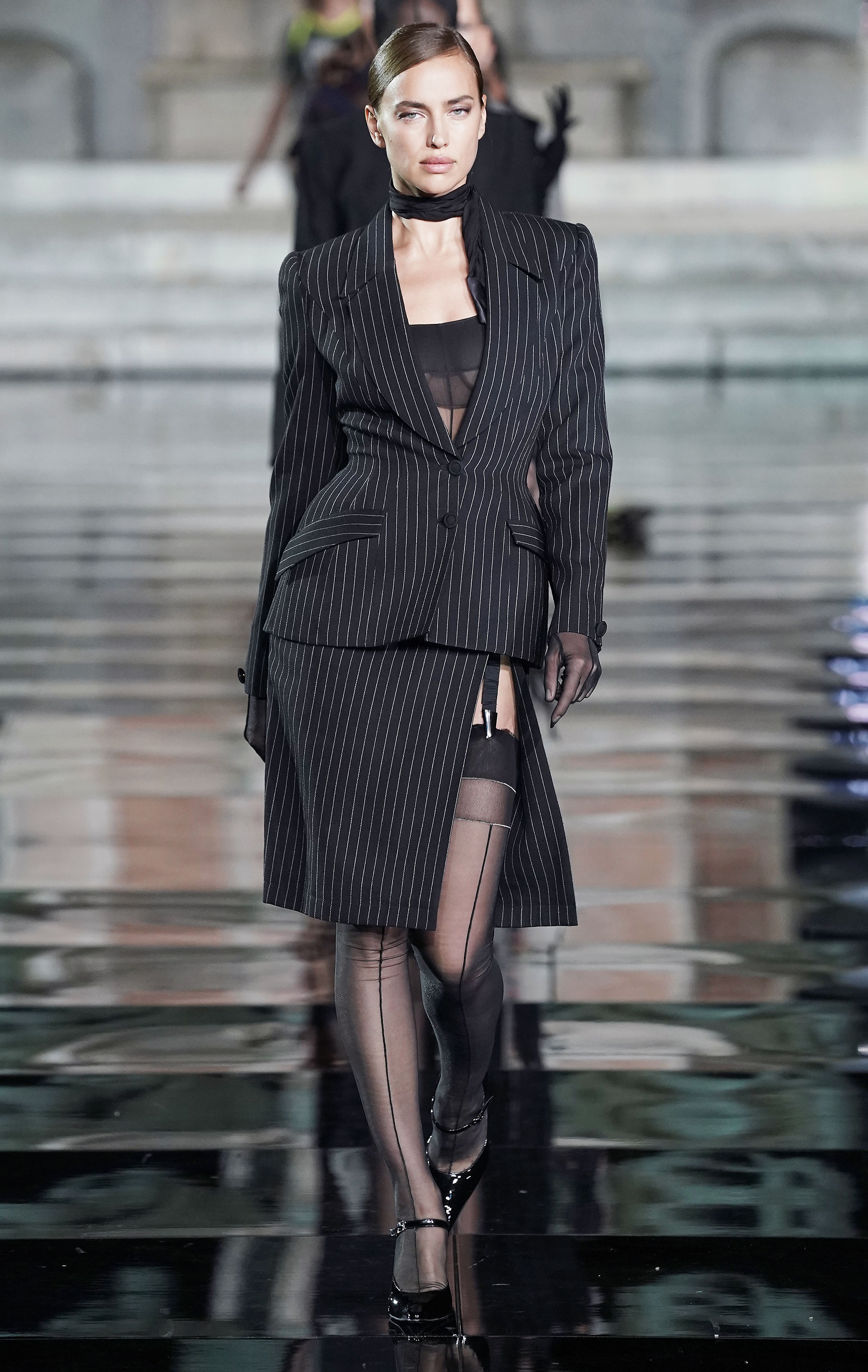 News that the couple was breaking up made waves on Thursday, June 6. “They haven’t been getting along for a while,” a source told Us. “They are not in a great place.”

“They split but she is still staying at his house for now,” another inside said. “It’s complicated because of the baby.”

While this anniversary show is the model’s first official appearance since the split, it was not the first time we’ve seen her. On Saturday, June 8, she posted a picture of herself to Instagram that showed her sitting by a lake in the Skaftafell national park wearing a sweater and socks from Italian knitwear brand, Falconieri. She flew to Iceland for a photo shoot just a couple days earlier.