Home » Fashion » Jewel Wants You to Be Present

The ’90s folk idol is an old hand at mindfulness.

Jewel, the singer-songwriter, has four pieces of advice when dealing with anxiety: “One is: turn off the news,” she said. “Two is: watch what the environment and the mood that is in your house. Three is: start a gratitude practice. I’d say four is: learn to meditate.”

Jewel, 46, who gained fame at the age of 20 with her first studio album “Pieces of You” in 1995, began practicing mindfulness — a form of meditation that includes being aware of your feelings and thoughts without judgment — as a teen. Since then she’s developed a practice that includes meditating for up to an hour every morning. “Meditation is like building a muscle, going to the gym and doing a bicep curl,” she said over the phone. “But if you don’t use that muscle during your day, it won’t change your life.”

Today, she’s quarantined in the mountains of Colorado with her eight-year-old son, Kase Townes and is deeply concerned by the effects of the pandemic, social unrest and mounting unemployment on society: “I do think there’s the potential to have a greater loss of life from the mental health fallout, possibly even than from the virus, which would be a tremendous tragedy,” she said.

She has a new single, “Grateful” and on Nov. 20, to commemorate the 25th anniversary of “Pieces of You,” the album will be reissued with a demo version of her hit single “You Were Meant For Me.” She’ll also hold a virtual concert, performing the record in its entirety. 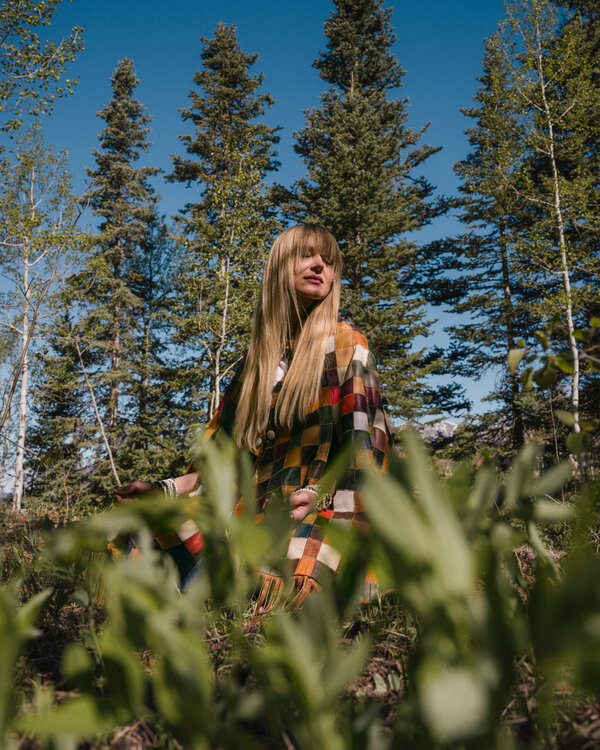 Born Jewel Kilcher, she grew up in Homer, Alaska on an 300-acre ranch miles from the nearest town and without indoor plumbing. Her parents who had a dinner show for tourists at a local hotel, and at 5, Jewel began singing with them. Three years later, she began singing at bars throughout Anchorage with her father.

She remembers her upbringing as “chaotic.” Her parents divorced; her father, Atz Kilcher, a Vietnam veteran who developed PTSD, was then an active alcoholic. “My dad was very abused as a child and he repeated some of those behaviors,” Jewel said, adding that they have a great relationship now. “Hurt people hurt people. We want to villainize it, but it’s always somebody hurt that’s hurting someone.”

Jewel described leaving home at 15 and moving into a little cabin in Homer, Alaska. At 16, she earned a partial scholarship to Interlochen Arts Academy in Michigan where she studied classical vocal training, and began writing songs.

At 18, after refusing to sleep with her boss at the computer warehouse where she was working, she was fired and living in her car, unable to pay rent. “I had men from a very young age put dimes in my hand and close my little fingers around them saying, ‘Call me when you’re 16,’” she said.

She started having panic attacks and kidney problems. “I almost died in an emergency room parking lot because they wouldn’t see me, because I didn’t have insurance,” she said. She also had begun shoplifting as a form of self-love. To break the habit, she decided to develop a new one.

“Every time I wanted to steal I just made myself write,” she said. “And I ended up becoming very prolific.” The experience inspired her ballad “Hands” in 1998.

From there, she was able to find ground again, becoming curious about the exercises she could create for herself. “Could I get addicted to good things? ”she wondered.

In 1993, she was discovered while performing in a San Diego coffee shop. “It’s been a kind of big misconception in the media that I was living in my car for my dream, it was not that luxurious. I started trying to street-sing to get off the street,” she said.

Presented with a record deal at the end of 1993, Jewel promised herself she would prioritize her health. “The reason you see so much burnout in my field is because it’s not a healthy lifestyle, and nobody’s very concerned about your mental health,” she said.

She was offered a $1 million “signing bonus” by almost every major label, she said, an “extraordinary” deal at the time. She turned it down because she feared being dropped by the label if she didn’t sell enough records. “That ended up saving my career for a long time, for many years, because it was a failure for many years,” she said of “Pieces of You.”

Jewel’s mother, Lenedra Carroll, became her manager. In a 2015 book, she wrote that the arrangement left her worse off. “I had been nearly broke three different times in my career, which I never knew,” Jewel said. “And, it was all gone and I was in debt.” She said hasn’t seen her mother since 2002.

In May 1995, Jewel opened a set for Bob Dylan in San Diego. She made a second album that was never released. While she was in the studio, Dylan’s team reached out to get Jewel to open for him on tour. Back then, Jewel was far from famous, despite “Who Will Save Your Soul” getting moderate MTV rotation and radio play. But she’d join him in April 1996 and would later find out that despite not thinking he had noticed her in San Diego, her yodeling caught his attention.

“He mentored me, he went over my lyrics with me, gave books to read and music to listen to, and it just came at that exact right time when nobody believed in me,” she said. After touring with Dylan, Neil Young took Jewel under his wing, too. Nearly two years later, “Pieces of You” started to gain momentum.

In recent years, a video clip of her and Jessica Simpson singing “Who Will Save Your Soul?” has become a viral success, with some mirth about their different voices. “I’ll let people make their own opinions of that one,” Jewel said. “She was a fan and really liked that song and asked me to sing it with her. That song’s a trip. It’s interesting to see how the lyrics fit today.”

She plans to release a new album soon.

Nearly 20 years ago, Jewel began the Inspiring Children Foundation, a nonprofit to help youth development in underserved communities. In 2019, she produced the documentary, “The Mindfulness Movement” with Deepak Chopra.

Recently, the foundation has livestreamed conversations with mentors, thought leaders and celebrities who are passionate about mental health. “The only thing I ever used my celebrity for was being able to get to sort of superstar experts,” she said.

Alongside Dr. Judson Brewer, a neuroscientist and associate professor at the University of Massachusetts Medical School, Jewel has created a curriculum for her youth foundation. “We work with kids that have suicidal ideation and extreme anxiety and depression that come from very, very traumatic backgrounds,” she said. “They have no access to therapists, no money for therapists. And so we give them this emotional mindfulness tool kit that worked on me.”

To reach a larger audience, Jewel and Dr. Brewer made the program available for free on a separate website that explores meditation and what Jewel calls “mindfulness in motion” or “doing exercises that are practicable.” The website outlines a series of exercises and worksheets focused on retraining your brain, forgiveness, gratitude and more. Users can also discuss the exercise topics and their progress in a community forum.

On Oct. 10, World Mental Health Day, she will host The Wellness Experience, a free livestream event and concert with YouTube star and singer Frankie Grand, to raise money for mental health relief and suggest ways attendees can improve their own state of mind “It’s important that people understand there’s a lot that you can do yourself to feel better,” Jewel said.

And how is she l feeling? Quarantine “hasn’t been too painful,” Jewel said.

Because of mindfulness, sure, but also, “I’m really fortunate that I’m in nature as well. We can still get outside and be alone and not around people.”