Kate, Duchess of Cambridge recently stepped out for an engagement at Battersea Park in London. On the outing Kate spoke to mothers about their babies, and what life has been like for new mothers who have had less support due to the lockdown this year.

Kate had a chat with two mothers who have used their experience of parenting to provide peer-to-peer mum support for the National Childbirth Trust (NCT).

The Duchess said: “It’s good being able to listen and being listened (to) while being off guard.

“Without what you are providing, that form of relationship, you can feel so isolated. You should be very proud.” 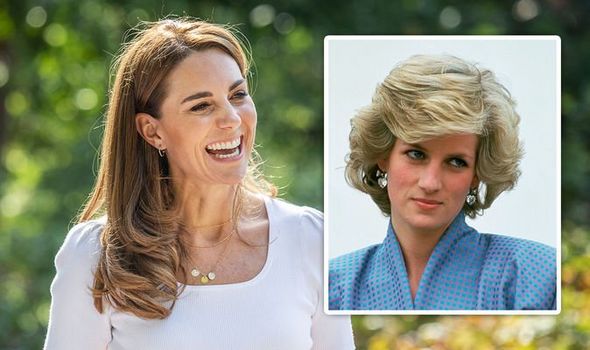 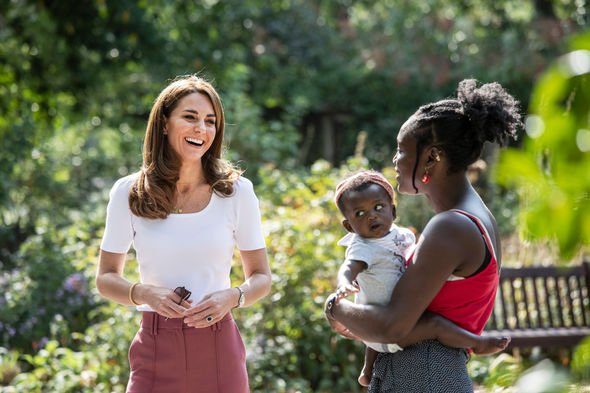 Kate juggles her role as a working member of the Royal Family alongside co-parenting her three young children with Prince William.

And dressed in a white t-shirt and pink trousers on Tuesday’s outing, Kate’s outfit also contained a subtle tribute to her own children.

On previous occasions, Kate has also been seen wearing other necklaces engraved with her children’s initials. 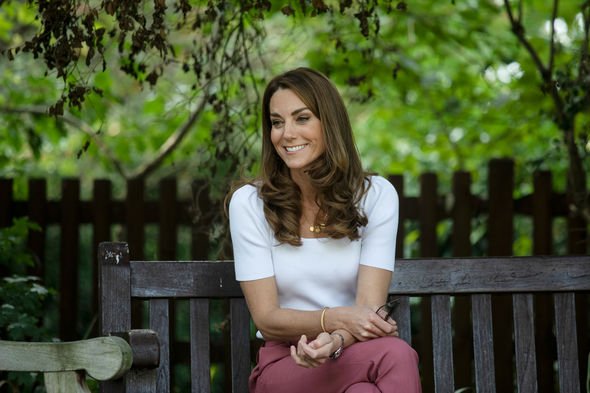 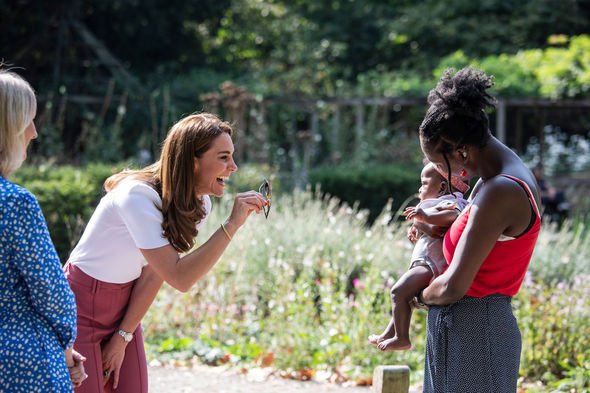 Her sister Pippa Middleton gifted her a personalised necklace with Prince George’s name on it after his birth in 2013.

But Kate was not the first royal to keep her children close to her heart through jewellery, as Princess Diana also had a necklace engraved with Prince William’s name on it.

Although Diana rarely wore the necklace in public, it was thought to have been one of her favourite necklaces to wear privately with her family.

On a blog on the Merci Maman website, the link between Kate and Diana is explained: “Family was one of the closest things to Diana’s heart so it’s no surprise that this shone through in her jewellery, featuring personalised pieces and meaningful charms.

“Upon the birth of Prince William in 1982, Prince Charles gave Diana the gift of a gold pendant engraved their new son’s name, which she always wore close to her heart.

“In 2013, Pippa Middleton continued this family tradition by giving her sister Kate, The Duchess of Cambridge, our Personalised Duchess Necklace to celebrate the birth of Prince George.

“Featuring a hand-engraved disc with the Prince’s full name, a small boy charm and a heart engraved with a ‘W’ to represent Prince William.” 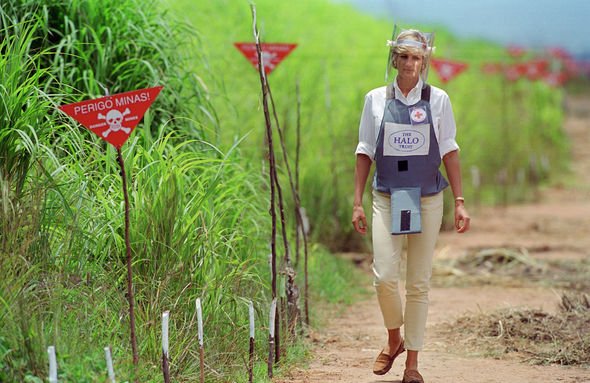 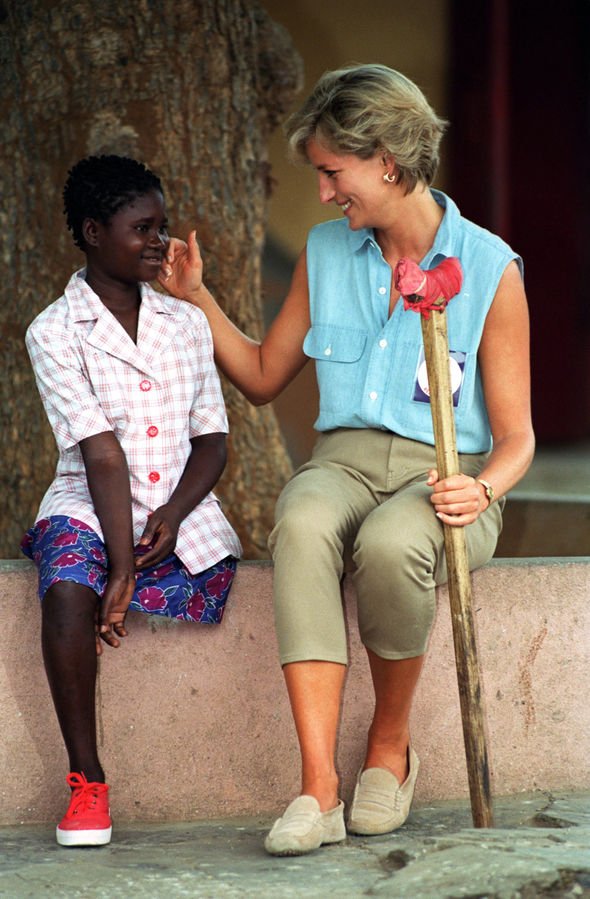 Throughout her time as a full-time working royal, Kate has been particularly passionate about supporting causes around early childhood development.

Royal fans may say Kate is following in the footsteps of Princess Diana, who campaigned tirelessly to give a better life to children around the world before her death in 1997.

Diana campaigned to remove landmines, and she visited Angola a few months before her death where she met children who had suffered devastating injuries.

Diana was also a frequent visitor of the children’s hospital Great Ormond Street over her lifetime, and Kate also paid a visit to the hospital herself a few years ago.