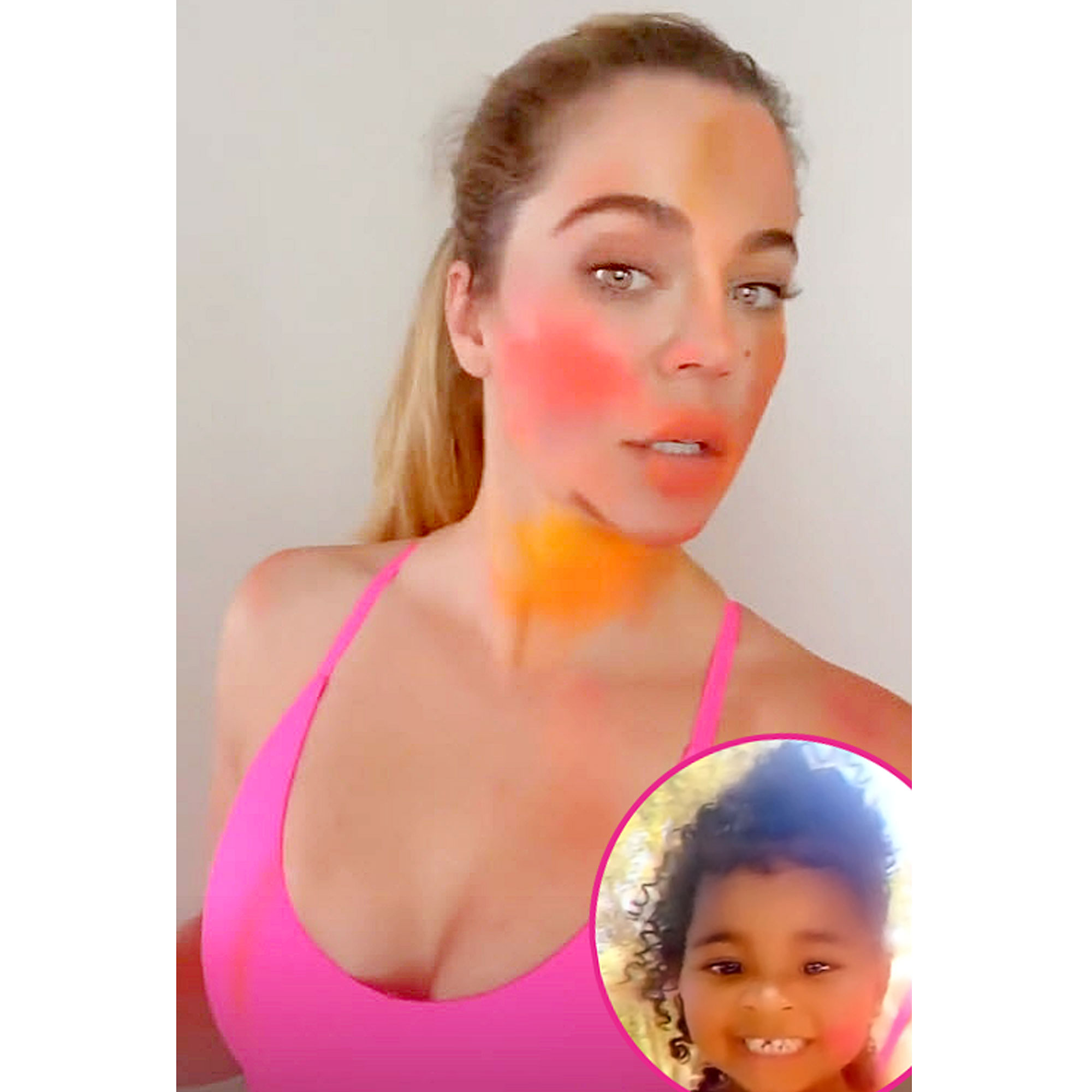 The 37-year-old reality star, being the amazing aunt and mother that she is, let all the little ones put their contouring, cut creasing, and lip lining skills to the test on Wednesday, July 21.

The catch? She’s their first model! And lucky for Us, she documented her entire makeover via Instagram Stories.

“Oh my gosh, what are you doing to me?” the Good American founder said, showing off her very blinding, very neon and very, erm, creative face beat.

While there was no shortage of beauty products on Kardashian’s complexion, it appears that Dream, who’s father is Rob Kardashian, thought the look needed a finishing touch.

So armed with a — you guessed it — orange beauty blender, she began to wipe more product on Kardashian’s under eye. “Dreamy, what are you guys doing to me?” the Revenge Body host inquired.

But lo and behold, Kardashian was pretty psyched about her glam. From the bright blush and the tangerine lip to the ~abstract~ highlighter, the final result was a sight for sore eyes.

“So I don’t know what you guys think, but I think I just got a new team of makeup artists,” the reality star said into the camera. “True and Dream Stormi and Chi, killed it.”

A love for beauty most definitely runs in the family, so it’s no surprise that the Kardashian-Jenner kids have picked up some tricks along the way.

Kylie Jenner, who shares Stormi with Travis Scott, founded both Kylie Skin and Kylie Cosmetics. In fact, she gave Kylie Cosmetics a clean and vegan makeover earlier this month with updated formulas, packaging and products.

Kim Kardashian, who shares children North, Saint, Chicago and Psalm with ex Kanye West, has also made moves in the beauty space as of late.

The Skims founder announced earlier this month that she plans to temporarily shut down her brand KKW Beauty, which first launched in 2017.

Her brand won’t be gone for long though. She promised fans that following the August 1 shut down, the makeup line will return “under a completely new brand with new formulas that are more modern, innovative and packaged in an elevated and sustainable new look.”

The later, which was filed on July 9, covers everything from perfumes and skin moisturizes to essential oils.