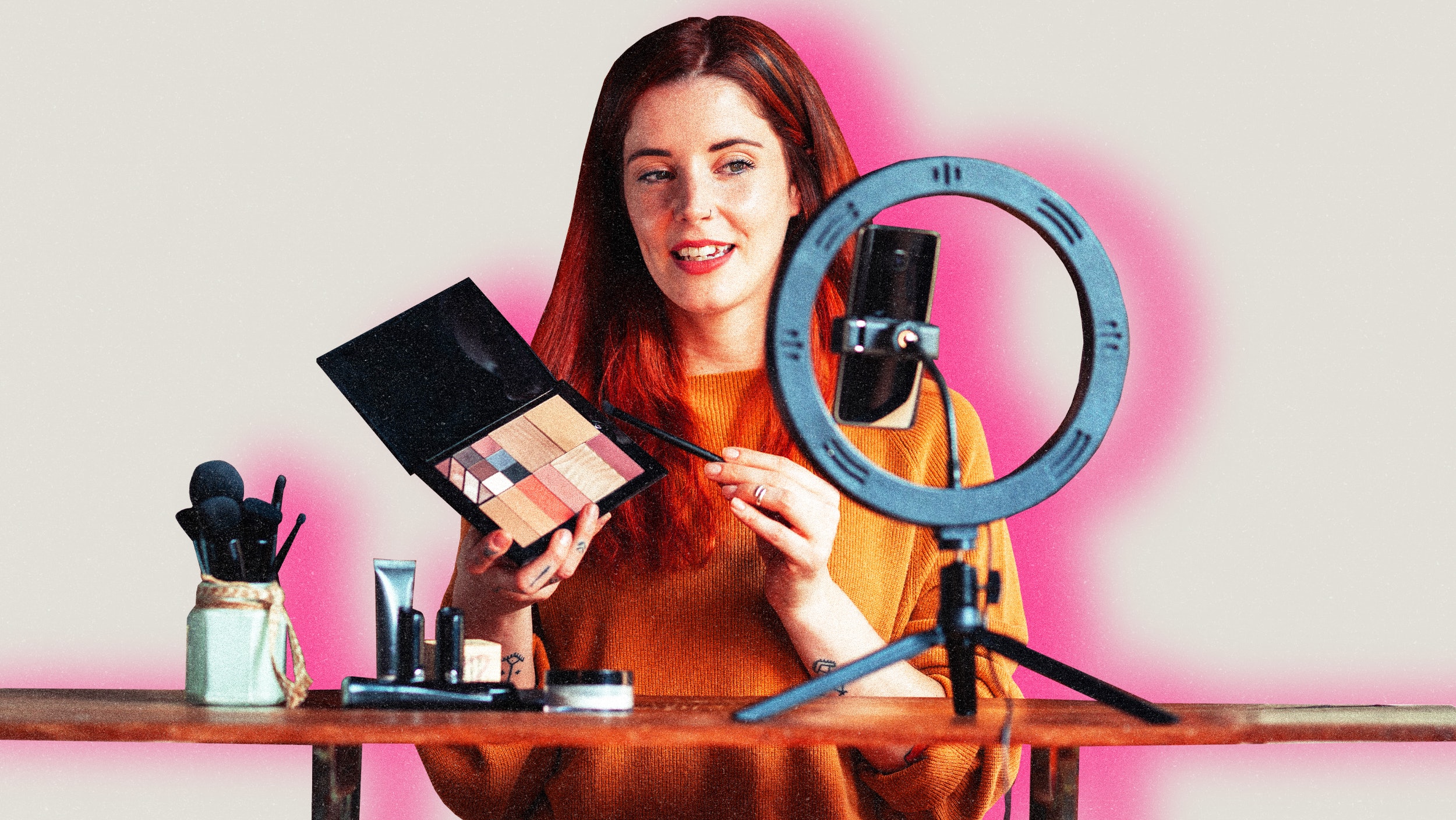 Laura Preston met Kim Castellano, founder of the fashion retailer and livestream shopping platform Tiare Rose, through mutual friends long before the ongoing coronavirus pandemic started. When the Tiare Rose e-commerce portal eventually launched in March 2021, Preston dipped her toes into shopping via livestream for the first time to buy a facial cream and cleanser. Preston is one of thousands of people looking for curated and service-oriented ways to shop via the creator economy, but without relying on social media. TikTok and Instagram feel saturated with impersonal ads, she says.

“I don’t know what I’m doing half the time. I’m not good at fashion or finding quality items,” Preston says. “I’ve always been a fan of products Kim recommends and products under her own line. With other influencers, I don’t feel like I’ve always gotten the best quality products.”

Compared to the overwhelming amount of influencer content on social media, Preston said that Castellano’s social shopping platform, coupled with a brick-and-mortar Tiare Rose shop in Idaho, feels like a more trustworthy option. Shoppers visit the brand’s website and watch the livestream, where a host will debut, demo, and discuss certain products. Viewers might type questions or comments into a live chat box directed to whomever’s hosting the stream, and links to products appear in the chat so shoppers can buy them with just a few clicks, all without leaving the stream. Livestreaming portals like Tiare Rose, Taobao, and ShopShops often work with a combination of in-house staff, curated influencers, and certified experts, like dermatologists.

According to Castellano and ShopShops CEO Liyia Wu, these livestream shopping apps are increasingly popular among both Chinese and American shoppers, although these markets are quite different. Wu says there are now 800 people running their own ShopShops events so far, across 60 cities. “Chinese shoppers might even watch us in the bathtub or when they wake up in the morning,” Wu says, referencing how the average ShopShops customer spends 44 hours a year on the app.

“For the Asian consumer, shopping is more entertaining, almost like a sport,” Castellano says. “American are looking for more information … Live shops are such a big leap for the American consumer that it has to be easy. You can’t ask them to download something. The American consumer is slower to embrace new technology.”

Over in China, Taobao shopper Dovey Wan tells Elite Daily she loves livestream shopping apps because they offer more dynamic interactions with suppliers and brands. “The power of the mighty supply chain in China is unimaginable for people in the U.S. Like, if you showcase a new outfit in the stream that you want to sell that’s just a sample, you can collect user feedback to update it. Everything happens within hours,” Wan says. “It’s fun and cheap and also entertaining. The top shopping hosts can get the best deals from brands.”

Indeed, some Chinese shopping hosts, like “Lipstick King” Li Jiaqi, can generate millions of dollars in sales around holidays like Singles’ Day. On the other hand, Americans like Preston may be looking for a more curated experience, rather than 24/7 streams. For example, Lauren Daccache, marketing lead for beauty livestream platform Newness, says one makeup masterclass on her streaming platform by the beauty influencer Nam Vo sold 400 general admission tickets at $80 each and 100 VIP tickets at $400 each.

“The most magical streams happen at the intersection of education and entertainment,” Daccache says. “The bulk of our users are between Gen Z and millennials. … People have formed genuine friendships on Newness, where they go on to FaceTime off-platform and make off-platform group texts.”

Regardless of the differences between the markets, one correlation remained true across borders. “The longer users watch, the more likely it is that they’ll buy something based on our content,” Wu says. 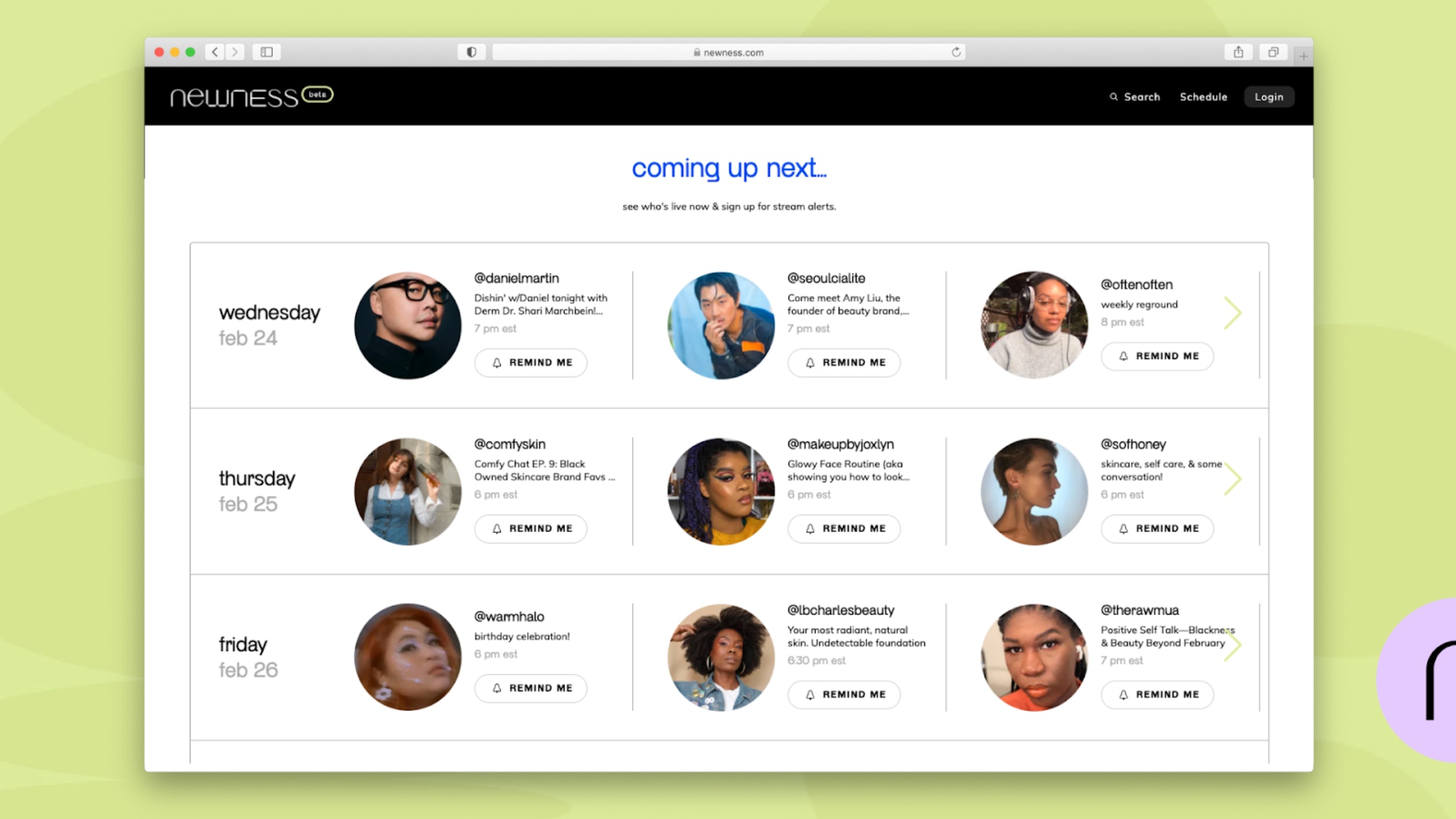 Startups may now be throwing their stylish hats in the ring, but livestream shopping isn’t a new trend at all. Classic TV shopping channels like QVC and HSN are still alive and well, and are quickly adapting to the world of mobile apps and influencer marketing, with new YouTube and Facebook programming. QVC US and HSN’s Vice President of Merchandising Rob Robillard tells Elite Daily his shopping networks reach millions of customers and generated $11.5 billion in revenue in 2020.

Most startup platform companies are tight-lipped about how much profit they are making, compared to the creators and shopping hosts on TV networks. But the reality is, livestream shopping may be a lucrative avenue for independent streamers as well. Gumroad CEO Sahil Lavingia says his monetization tools for creators distribute money to thousands of users every month.

Not everyone needs to be an internet celebrity to leverage livestreams, either. For example, Alex Ayaub, a beauty content creator with just a few thousand social media subscribers, hosts a weekly Newness show. After a year of using the platform, her first streaming experience, Ayaub says she makes hundreds of dollars a month from a combination of fan tips and eight brand deals so far. Mostly, she says, she sees the platform as a place to make new friends rather than a primary source of income.

“I’m spending almost 40 hours a week [streaming] when I have a brand partnership, but my regular weekly stream takes roughly three hours to make,” Ayaub said. “I also sell ‘Hype Up’ videos. I send it to people after the stream, all about how beautiful and amazing and talented they are and f*ck anyone that gets in their way. I made that a gifting option on Newness, so people can buy them as gifts during the stream. I ask what they need to be hyped up about. Some people have done it for a graduation or a birthday or a bachelorette party.”

As for retailers, Tatcha spokeswoman Heidi Garrett says her beauty brand’s Newness stream generated 200% times the conversion rate of a typical marketing campaign for the brand. “This Newness partnership was a great test for livestream selling outside of the QVC arena, something Tatcha plans to continue exploring globally,” says Garrett.

Since some surveys indicate shoppers under 25 still prefer going to stores IRL, platforms that emphasize social features over pure e-commerce may come out ahead as the economy opens back up. So far, most livestream shoppers tend to be young, tech-savvy women looking to become repeat customers. Part of the pandemic switch to e-commerce being the norm, with in-person shopping as a rare treat, is making online shops feel more social. And streaming is a huge part of that.

“That’s who we really see enjoys experiential shopping and experiences that mimic in-person shopping,” Wu said. “So this new generation of influencers needs to interact with audiences in real-time.”