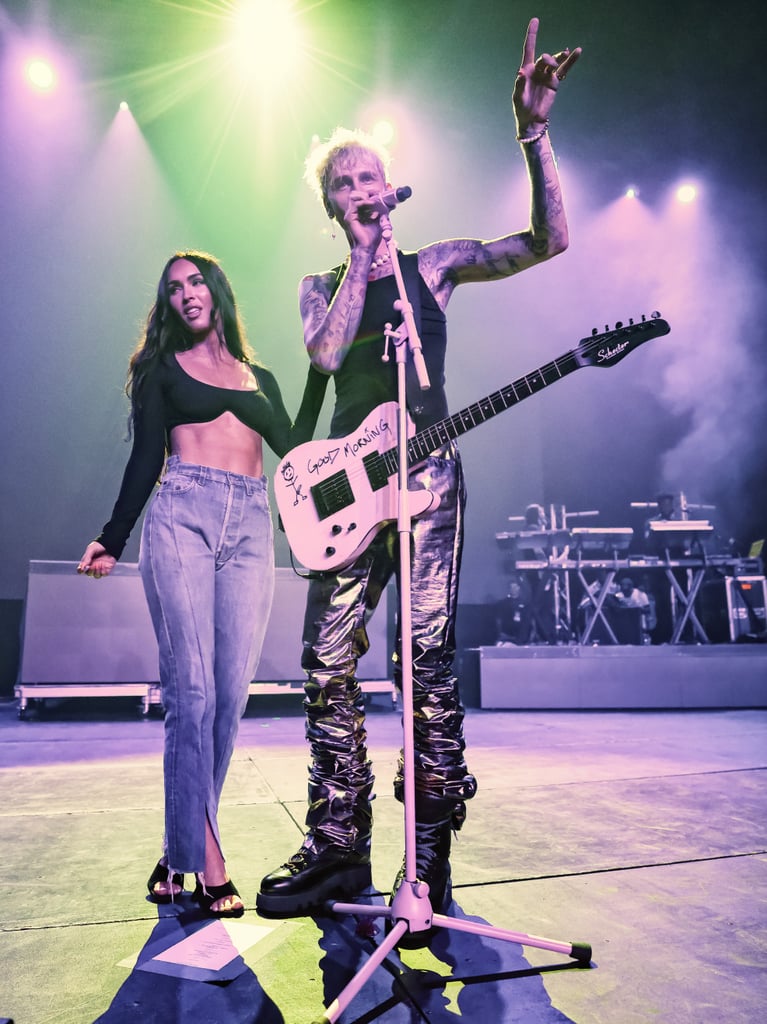 Megan Fox has been serving up so many sexy style moments lately, we hardly have enough time to catch our breath between each one. Merely 24 hours after rocking a formfitting neon-pink jumpsuit at the iHeartRadio Music Awards in Los Angeles, the actress wore a crop-top outfit (emphasis on the “crop”) to Barstool Sports’ Indianapolis 500 party on Friday night. Her boyfriend, Machine Gun Kelly, was in the middle of performing when the crowd began chanting Megan’s name, prompting her to come out on stage and show off her entire look.

For their night out in Westfield, IN, Megan chose a long-sleeved underwire bra top that flaunted her toned abs and paired it with trendy split-hem jeans and black mule heels by celebrity-adored footwear brand Amina Muaddi. Meanwhile, MGK subtly matched her in a black tank top, metallic pants, chunky-soled boots, and a pearl necklace. Seeing as Megan’s whole outfit cumulatively cost more than $1,000, we tracked down a few similar pieces to re-create her look at a more wallet-friendly price point. Shop every item ahead after admiring her ab-baring outfit in all its glory.