MEGHAN Markle had been ‘hoping for an apology’ from the royal family after her explosive interview with Oprah Winfrey, an insider has claimed.

During the interview the Duchess of Sussex confessed that her mental health became so dire during her pregnancy with Archie that she contemplated taking her own life. 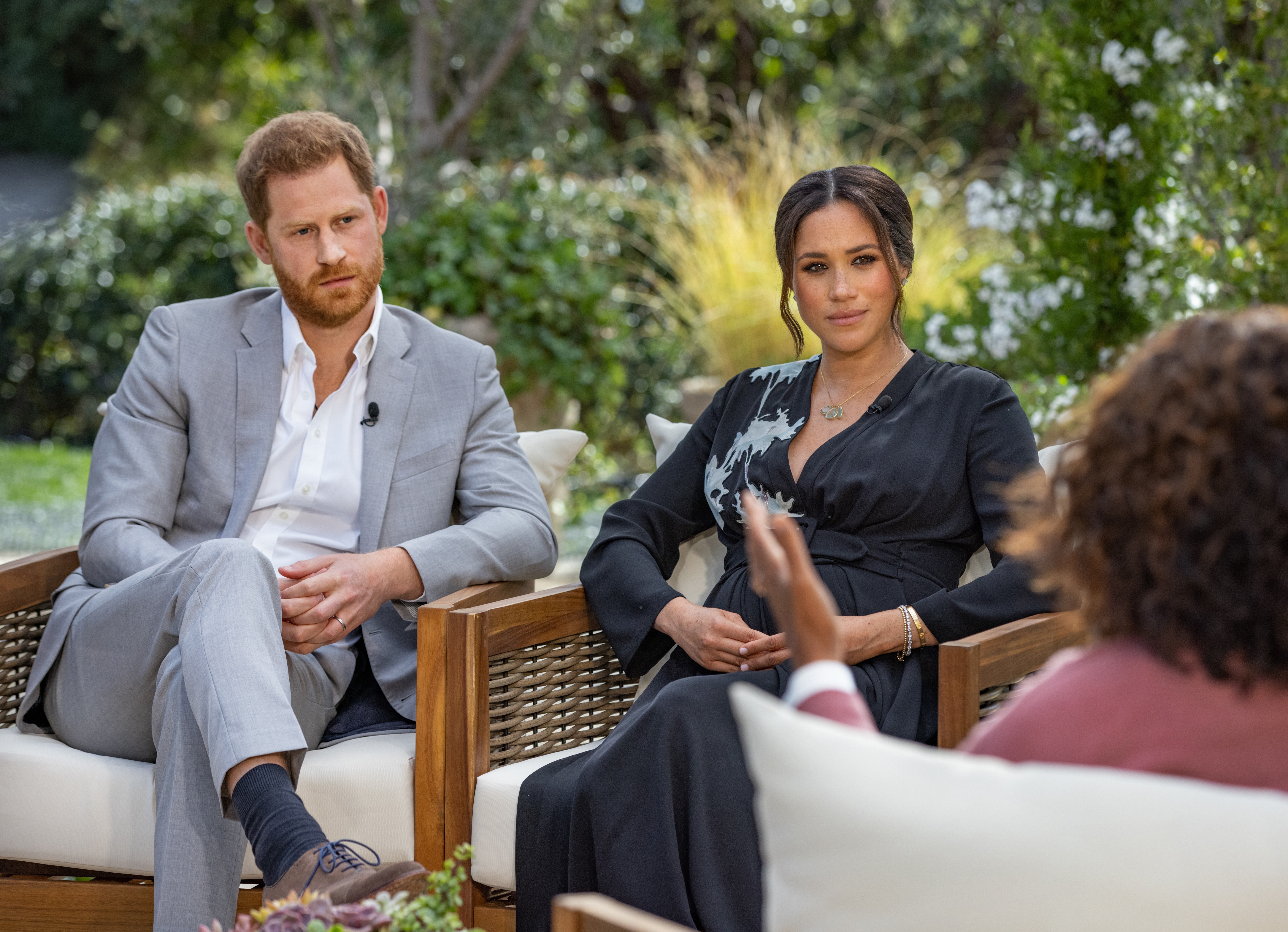 But according to Tom Quinn, author of Kensington Palace: an intimate memoir, Meghan had no intention of upsetting the royal family with the comments, in fact far from it.

He suggests that the mum-of-two was actually looking for a bit of sympathy.

“I think she was horrified afterward that the reaction was so negative from the family and they didn't respond in the way that she wanted.”

The Viscountess Hinchingbrooke, Julie Montagu, who like Meghan married into the aristocracy after growing up in America, agreed with Tom.

Speaking on the programme, she added: “I think that she felt it was an opportunity for her to not only share that (he battle with mental health) with the world but perhaps her hopes were that the Royal Family would be listening.”

Meghan revealed during a high-profile interview with Oprah in March 2021 that she had struggled with suicidal thoughts.

Breaking down in tears, pregnant Meghan said: "I just didn't see a solution.

"I didn't want to be alive any more."

The Duke of Sussex told Oprah in a new doc, The Me You Can’t See, that what stopped his wife from giving in to suicidal was how "unfair" it would be to him after the death of his mum Princess Diana in 1997.

You are not alone

Every 90 minutes in the UK a life is lost to suicide.

He said: "The thing that stopped her from seeing it through was how unfair it would be on me after everything that had happened to my mum and to now be put in a position of losing another woman in my life, with a baby inside of her, our baby..

"The scariest thing for her was her clarity of thought. She hadn’t ‘lost it.’ … She was completely sane. Yet in the quiet of night, these thoughts woke her up."

Harry also spoke about trying to get help from his family during this difficult time when his wife was "struggling" while she was pregnant with their son Archie.

He said: "I thought my family would help, but every single ask, request, warning, whatever, it is just got met with total silence, total neglect."

In other royal news,  Meghan Markle’s dad Thomas vows to take her and Prince Harry to COURT as he still hasn’t met grandchildren.

And Meghan gushed she ‘loves London men’ and ‘wanted to meet someone’ before Harry, ex-pal Lizzie Cundy claims.