A STEPMUM has been branded a “monster” after she asked for her step-son to be edited out of her family photo.

The anonymous mum, asked that her partner’s eldest son from a previous marriage was removed from the snap as she wanted one with “just her boys.” 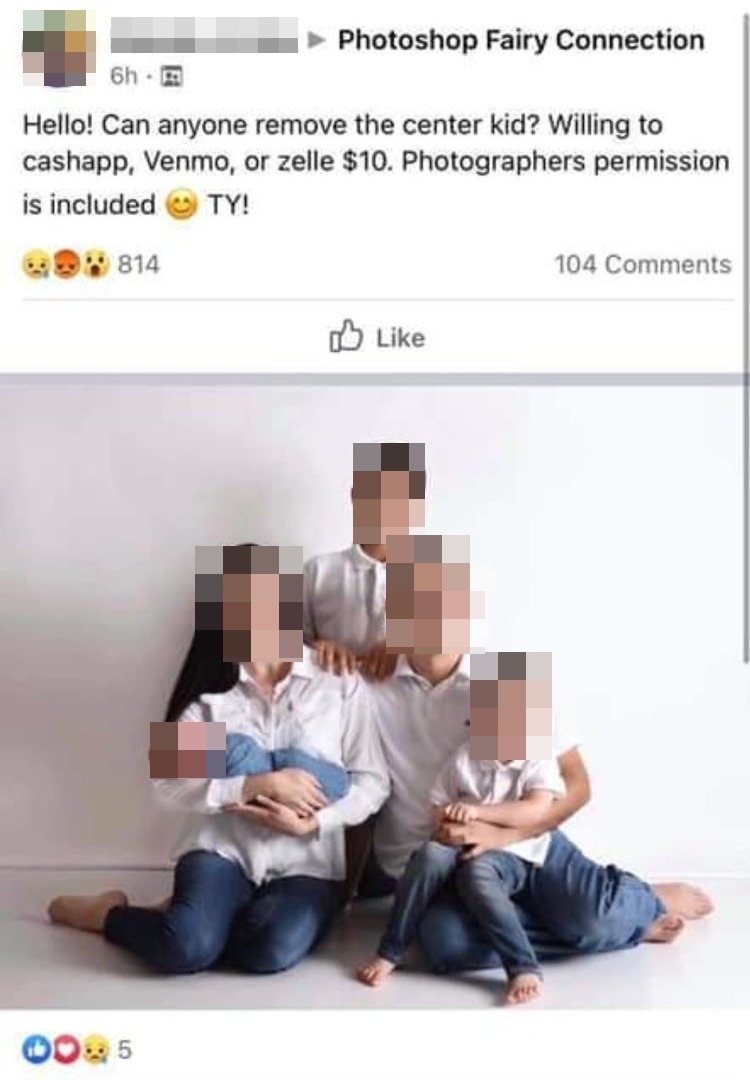 In the original request, the stepmum had shared the family photo on the group Photoshop Fairy Connection.

Captioning the post, she wrote: “Hello! Can anyone remove the centre kid? Willing to cashapp, Venmo or zelle $10. Photographer’s permission is included TY!”

She shared the exchange she had with the photographer where she explained she’d wanted a snap with “just my boys.” 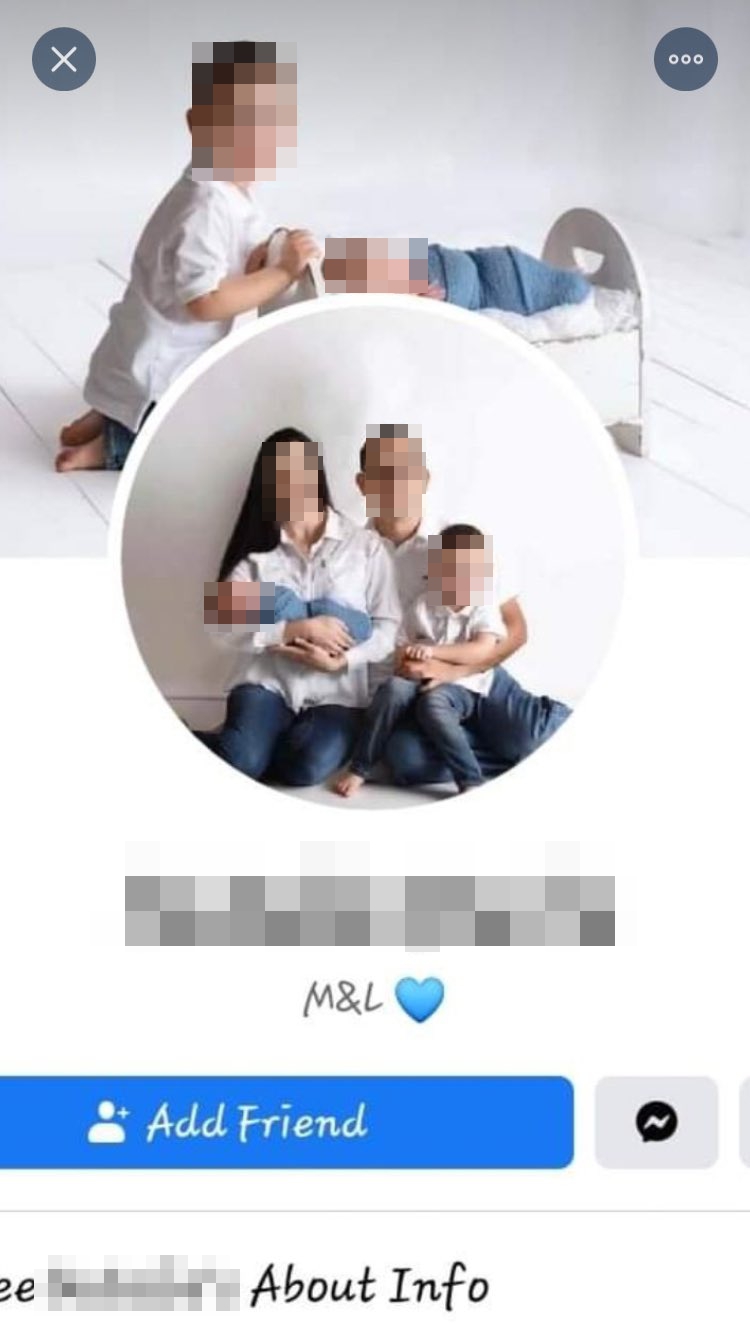 WadeCross, who shared the post, tweeted: “The lump in my throat after seeing this will never go away :(“

And his followers appeared to be in agreement, dubbing the mum “disgusting” and “shameful.”

Responding, one tweeted: “How can people be so rotten?”

“It's disgusting that someone would do this” added another. 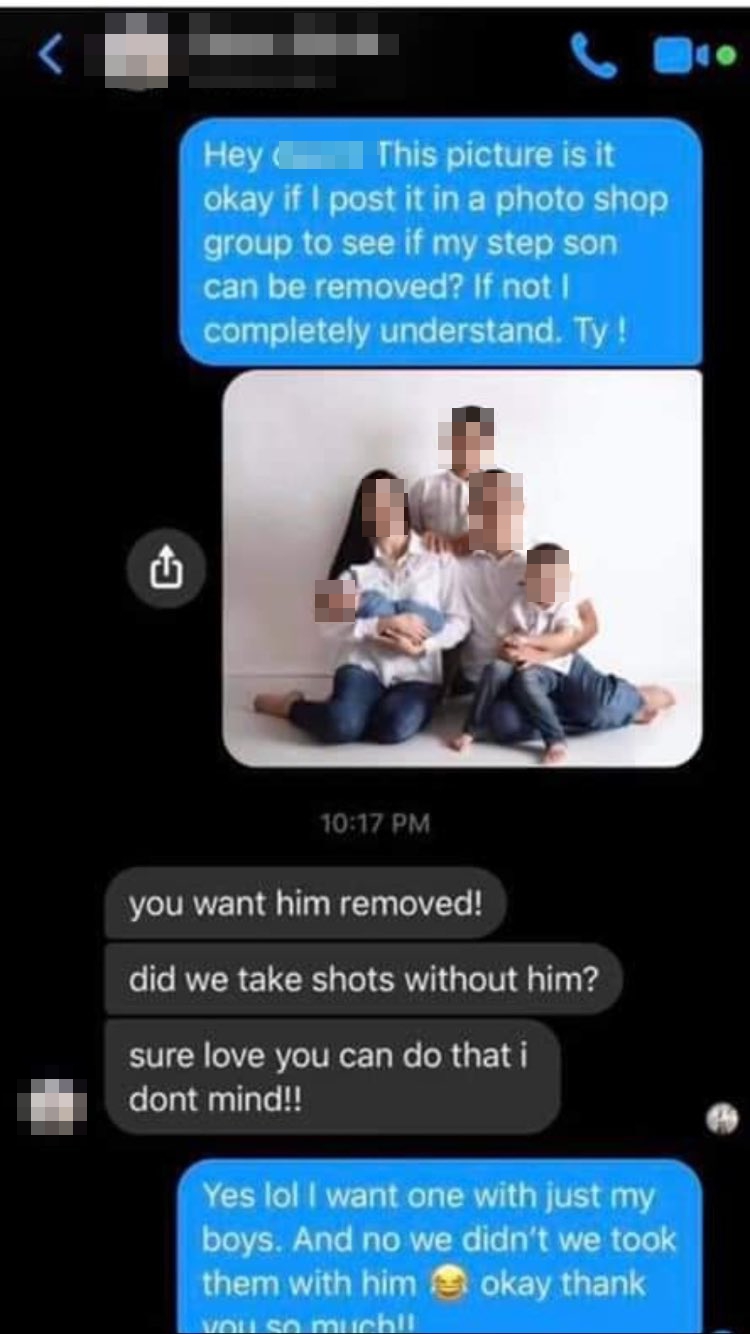 And a third wrote, “This is some cold blooded s*** and I can’t believe someone actually agreed to photoshop the little dude out knowing the circumstances.”

Another posted a screenshot of the woman’s Facebook page, showing that she had the edited photo as her profile picture.

They added: “Not seeing too many defenders of this monster, but to be clear: this isn’t just her wanting 1-2 shots with her bio kids in the album.

“She chose the edited version as her profile picture – the photo she uses to represent herself to the world. That’s who she sees as her family.”

In other family news, we previously told you how this mum was slammed for wanting to edit out her stepson.

And this exhausted mum-of-three has shared the candid parenting photo she'd normally delete – because she'll "miss these moments one day".

Plus this mum who lost three litres of blood during labour has opened up about her brutal childbirth and admitted she "thought she was going to die".