A DESPERATE mum thought she'd tried everything to remove a giant red stain from her beige carpet before deciding that she'd need to rip it up and replace it.

But Lisa Youell, 43, got the shock of her life when her handyman suggested WD-40,which completely removed the stubborn stain WITHOUT scrubbing. 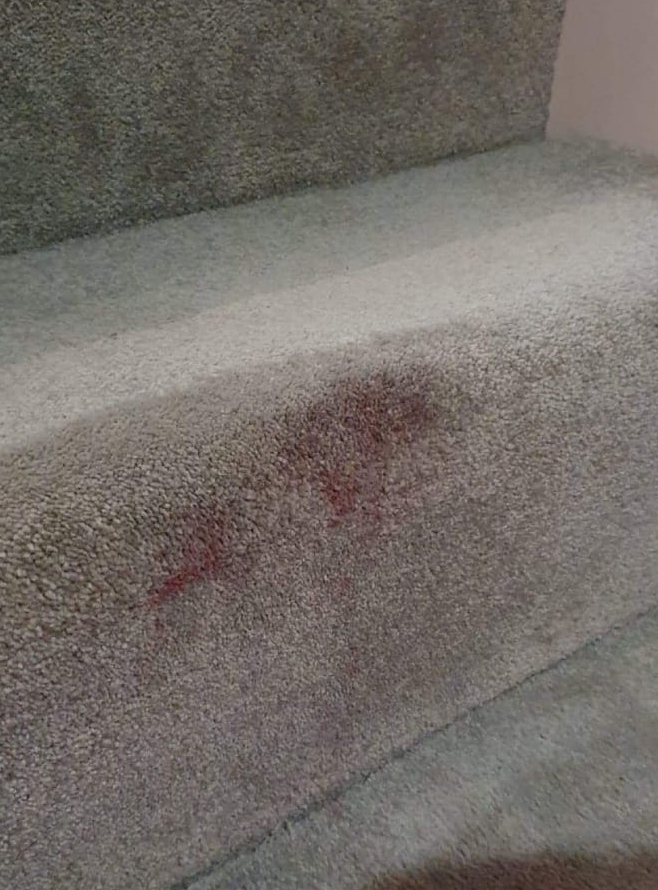 The mum-of-four, who lives in Shelley, contacted the handyman after months of trying everything, including bleach, to remove the stain.

Her youngest daughter Melody dropped some Asda toy red sand on the carpet, Yorkshire Live reports, and it certainly proved difficult to remove.

After calling in a handyman to fix it by replacing it with a carpet off cut, the man suggested she try WD-40 instead, claiming it works wonders.

Surprised my the results, Lisa posted before and after snaps on Facebook and thanked the clever handyman for his, well, handy tip. 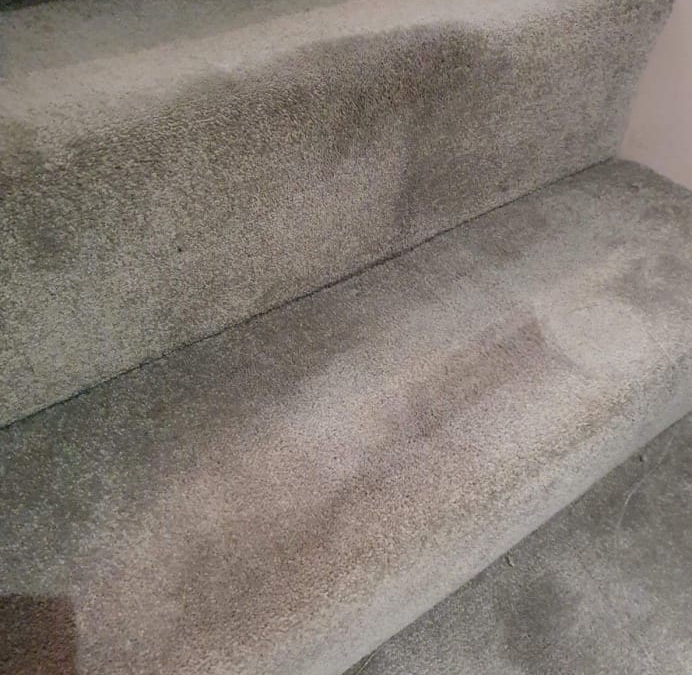 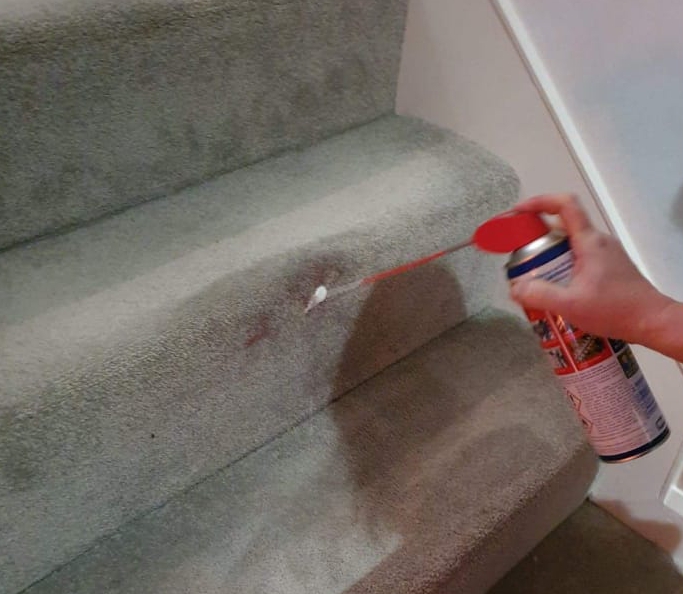 She wrote: "Just had our local handyman around to replace a piece of our carpet which has been stained by kiddies coloured sand.

"I've had the carpet professionally cleaned, used numerous cleaning substances on it as recommended by the toy company when I made a complaint and good old bleach didn't even remove it!

"Thanks for your top handyman tip! Share this post for all them other poor carpets ruined by slime and coloured sand."

She added: "At this time of year there are so many new toys and people knocking things over and staining and ruining carpets.

"I would never have thought of WD-40 but most people have it in the house and it is definitely worth a try."

One man, who appears to be Lisa's partner, commented: "Haha when he said wd40 I thought are you mad lol but it worked."

While another person suggested: "WD 40 is great for UPVC windows and doors and cleans residue left by stickers."

Meanwhile, cleaning expert reveals how to get rid of Christmas stains from cranberry sauce to gravy & the secret is talcum powder.

Plus a professional cleaner reveals why you should NEVER use bleach in the bathroom & says washing up liquid is the top product.

And a mum completely removes permanent marker from her white door using hairspray – after toddler son scribbles all over it.