Sophie Turner flattered her baby bump with a flowing red gown while Joe Jonas also shined in a suit that was bedazzled from head to toe.

Sophie Turner and Joe Jonas definitely stole the spotlight at Variety’s Oscar party. Pregnant Sophie Turner wore an elegant red gown as she and her husband graced the red carpet. Her dress flowed over her baby bump in the most flattering way and her turtleneck just oozed with class. 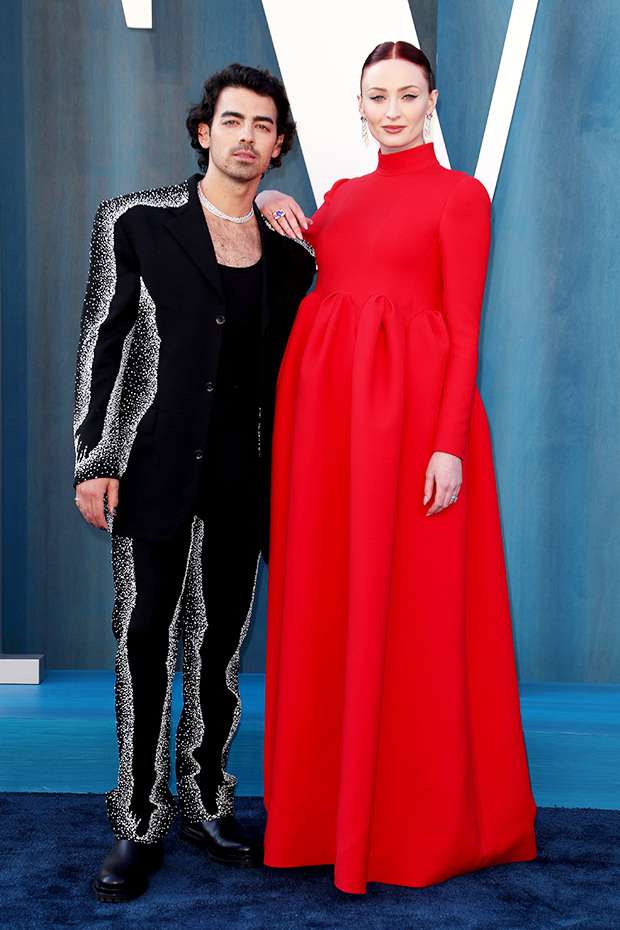 Joe isn’t to be looked over either. The “Cake By The Ocean” singer rocked a black suit that was bedazzled with sequins all along the jacket and pants. The dazzling sequins continued down his sleeves and even rocked a matching necklace. The couple absolutely embodied class and elegance on the red carpet.

This certainly isn’t the first time that Sophie has stepped out publicly while pregnant. The Game Of Thrones actress showed off her baby bump a number of times before and after admitting she was pregnant. Prior to her announcement, she rocked a crop top, tight green dress and bikini that left fans speculating whether baby number two was on the way. 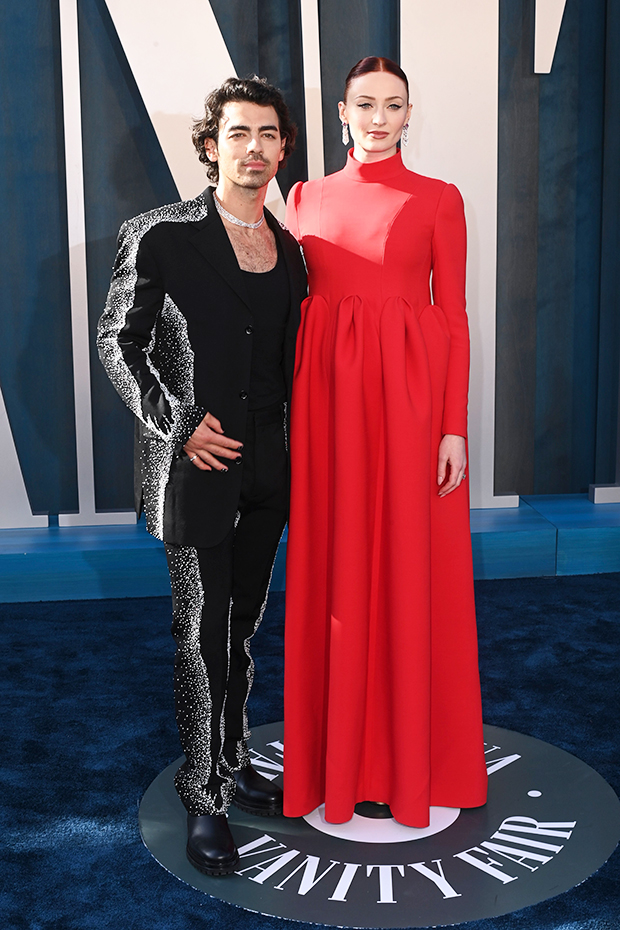 She was also spotted after the big news was revealed. Ironically, she has kept her bump more under wraps since the news broke. Unlike Rihanna, who has shown off her bump with crop tops, sheer blouses and body jewelry, Sophie has covered her bump up more with winter jackets and long dresses.

New about Sophie’s pregnancy broke on March 2. Sources close to the couple spilled the beans to Intouch Weekly.  She is reportedly “is proud of her bump,” but Sophie is a “private person and won’t make an official announcement about the pregnancy until she’s ready,” says the first insider. “She is almost halfway through.” 2, “are absolutely ecstatic and can’t wait for Willa to have a sibling,” the source added. Unfortunately, it doesn’t seem like we’ll be hearing confirmation from the couple or hearing any more details about their baby until its born. “Picking a name, which they aren’t sharing with anyone until the baby arrives, is what they’re really excited about,” a second source disclosed.