Queen Letizia looked elegant in the pink gown as she attended the Order of Civil Merit ceremony during her husband’s coronation anniversary joined by Princess Leonor and Sofia.

Queen Letizia and King Felipe VI attended the Order of Civil Merit ceremony to honour key workers for their work during the pandemic.

They awarded 24 workers who have been in the front line during the Covid-19 crisis in Spain.

Today, the royals were also celebrating the seventh anniversary of the King’s coronation

Queen Letizia is well known for supporting local brands and today she opted for Spanish designer Moisés Nieto for the first time. 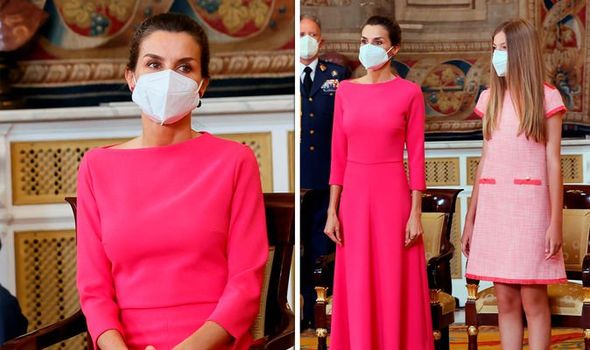 The pink midi gown dress, which featured long sleeves and a boat neck collar, is ideal for this summer season.

The dress is available to shop online for £334.

As for jewellery, Letizia wore a pair of ruby and emerald earrings by the Spanish brand Tous.

The monarch kept her makeup to a minimum and styled her hair in a neat bun.

Today, Queen Letizia was matching with her younger daughter Sofia, who also opted for pink.

Princess Sofia wore a straight dress in a lighter shade of pink and flat nude sandals from Carolina Herrera.

Fans took to social media to comment on the Queen’s fashion choice. 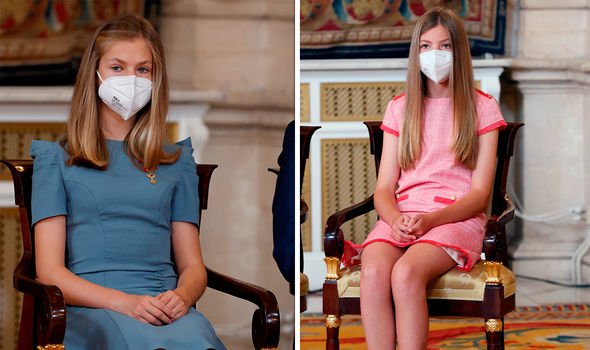 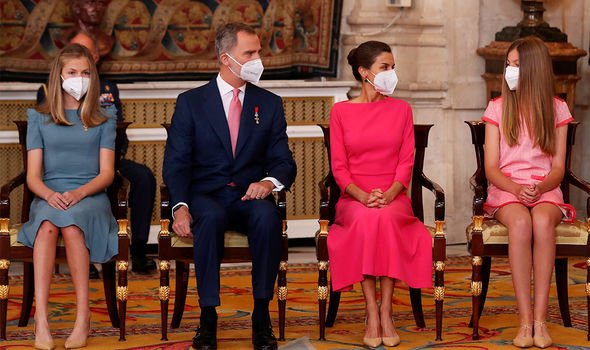 “Queen Letizia in a lovely shade of pink to mark the 7th anniversary of Proclamation,” said a third one.

What do you think of Queen Letizia’s look? Join the debate in the comments section here 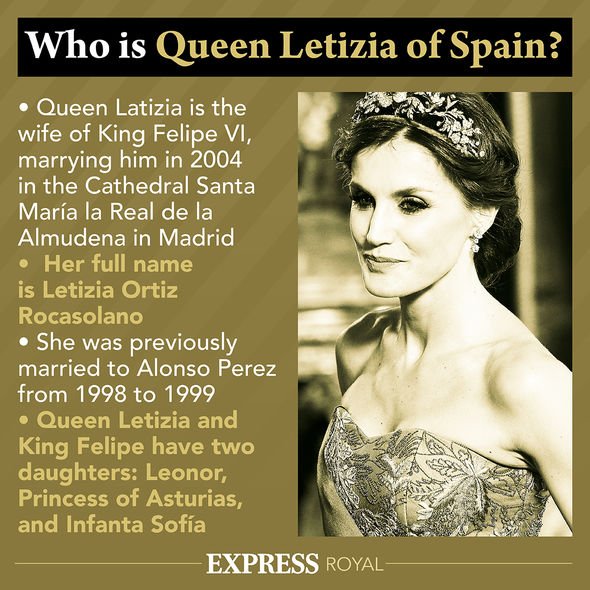 Spain’s future Queen, Princess Leonor, who will be moving to Wales after the summer, chose a £222 blue dress from Spanish brand Vogana Collection.

She looked beautiful as she took her place next to her father during the event.

The royal wore the same shoes Queen Letizia was wearing.

The nude slingback heels from Carolina Herrera were the perfect addition to her look.