Home » Remember the kids from the Charlie Bit My Finger viral video? Here's what they look like now

IT'S been almost 15 years since the hilarious viral "Charlie Bit My Finger” video first landed on YouTube.

The amusing clip, which featured brothers Harry and Charlie, has been viewed more than 880 million times in the years that have followed – and the once young tots are now all grown up. 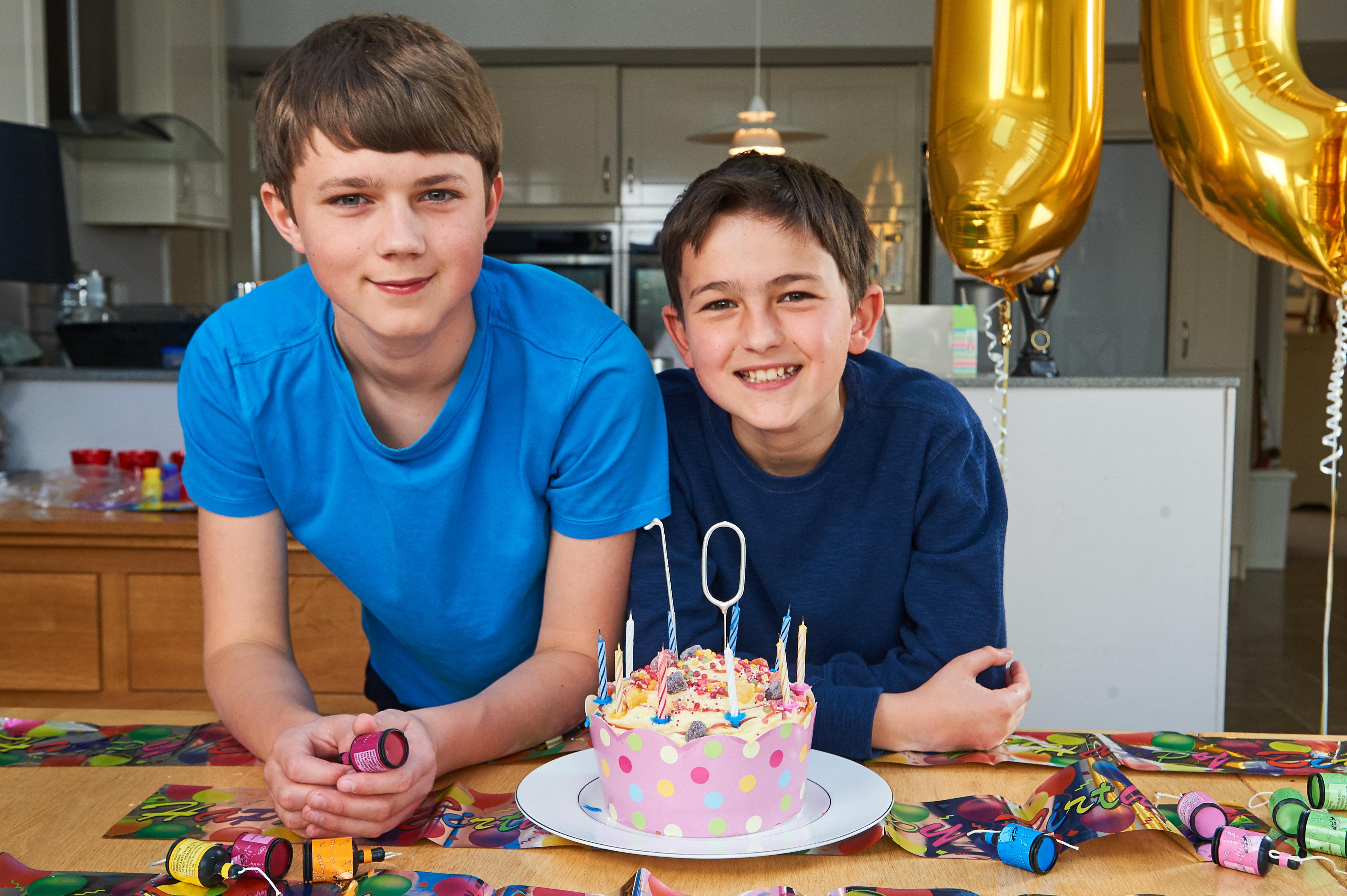 On 22 May 2007 proud dad Howard Davies-Carr hit record on his camcorder, hoping that he could get some cute footage of his two boys.

The clip started off normal enough, Harry, a toddler, and baby Charlie happily grinned as they relaxed on an armchair at home.

But what happened next changed their lives forever – and as off 2017, it’s since raked in roughly £1 million in royalties and flung the boys into the spotlight.

Now the home video is being yanked from YouTube after the young stars of the viral hit flogged it for £500,000. 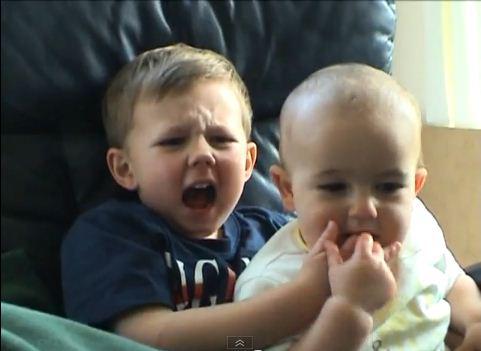 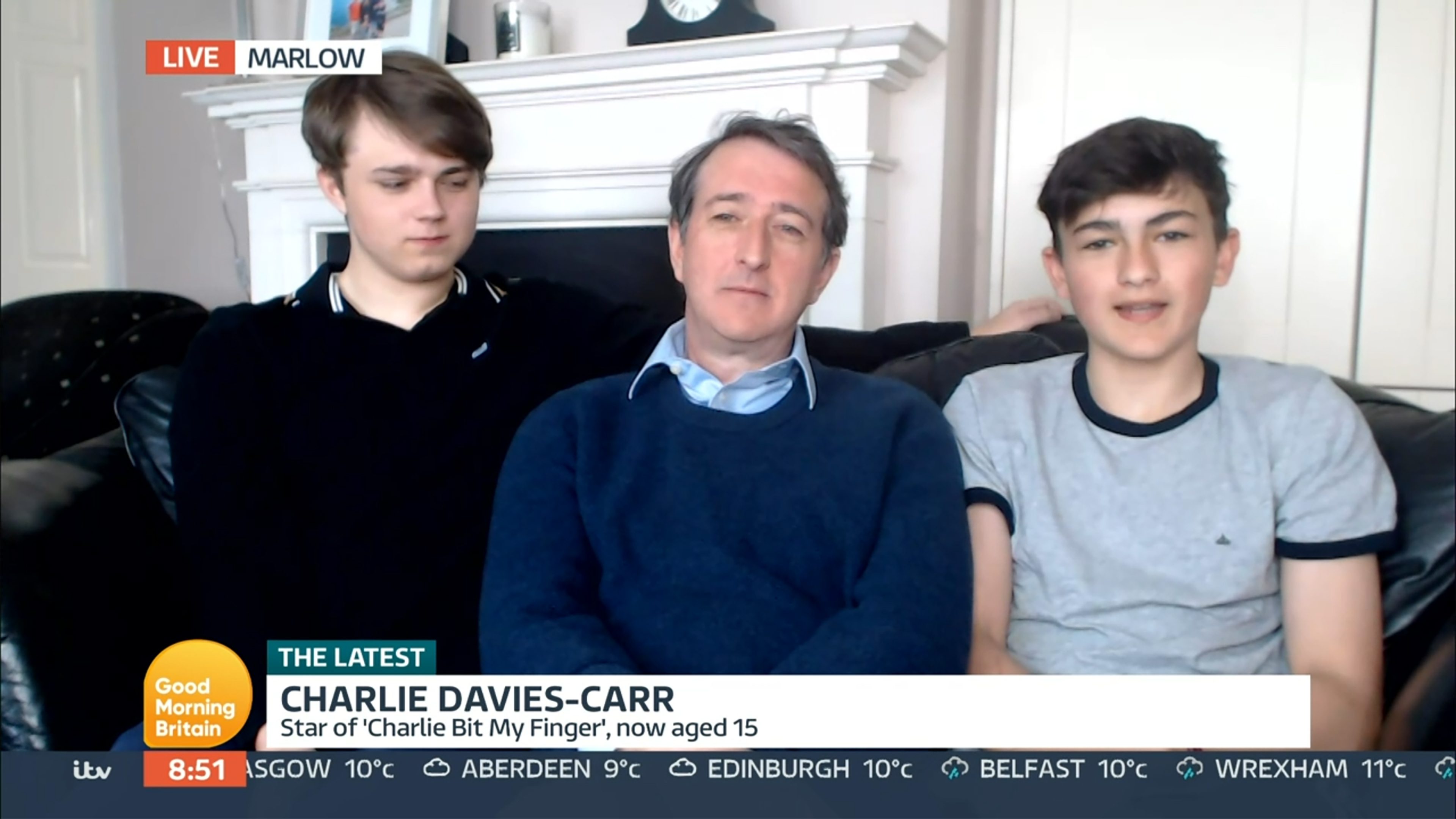 Charlie Davies-Carr, now 14, and Harry, 17, auctioned off the clip as a non-fungible token (NFT) – a digital record that proves ownership.

An anonymous buyer who goes by the online moniker 3fmusic now has sole control of the video after bidding started at $1,000 between 11 bidders.

The now famous video, which featured the boys just one and three at the time, was uploaded to YouTube on 22 May 2007, but it was never actually intended to go public.

Dad Howard explained on the 10th anniversary in 2017: "It was only meant for family members.

"In 2007, sharing video files – about 50 megabytes – was hard. It was too big for email, so YouTube stood out as a great vehicle to share videos."

Howard even went back to delete the video on YouTube, but changed his mind when he saw how many views it had racked up.

He revealed: "After people had seen it, I didn't see any point in it being on there any longer.

"But when I went back to delete it, it was then I realised the video had a lot of views – almost doubling every day, so we decided to embrace it." 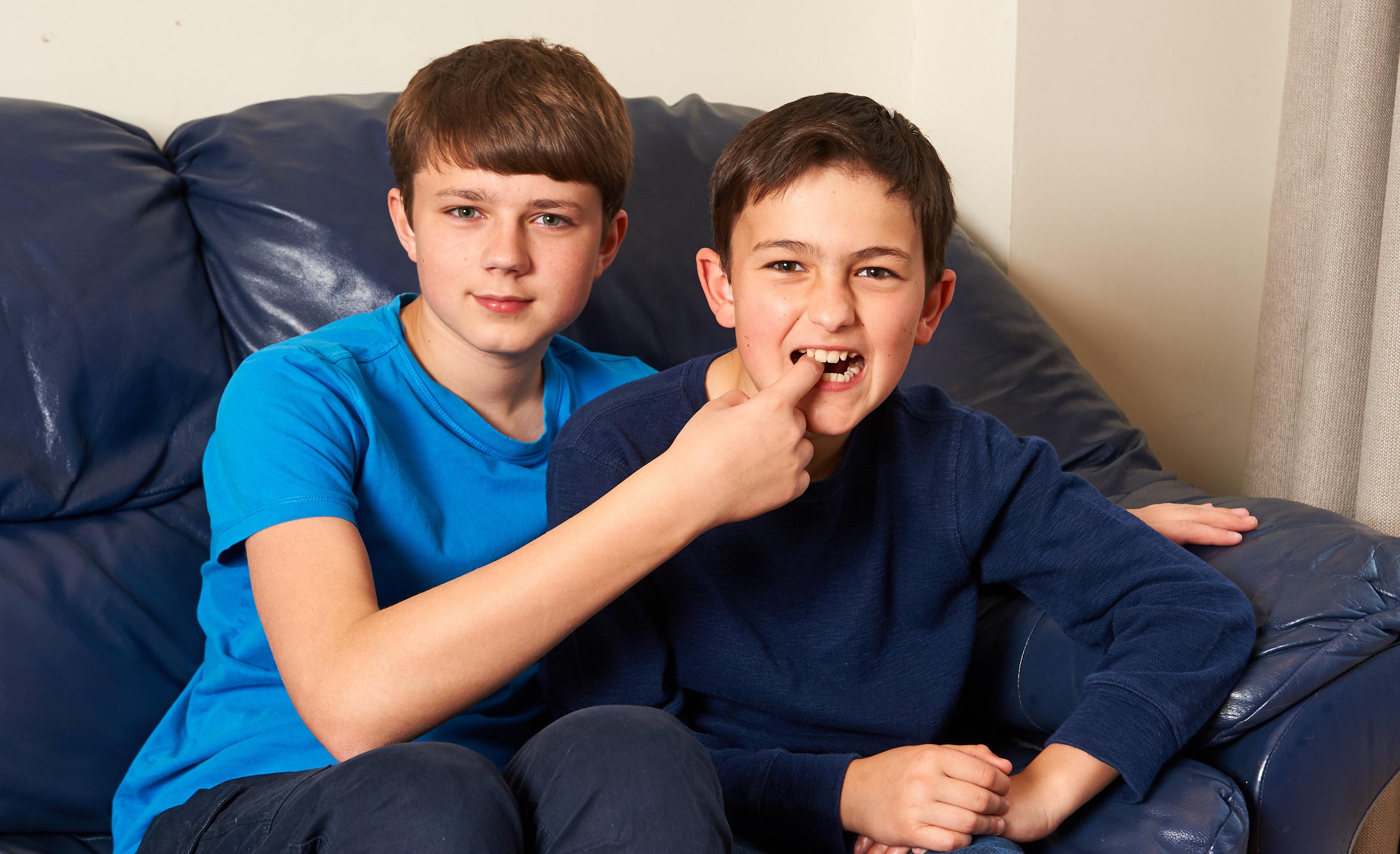 By October 2009, Charlie Bit My Finger had become YouTube's most watched video with 129 million hits.

Although Harry and Charlie kept their crown for 171 days, they were soon dethroned by Lady Gaga's Bad Romance.

The family continued uploading videos to their YouTube channel for some time, which has amassed more than a billion views.

Following their rise to internet stardom, Harry and Charlie have made countless TV appearances – most recently appearing on Good Morning Britain. 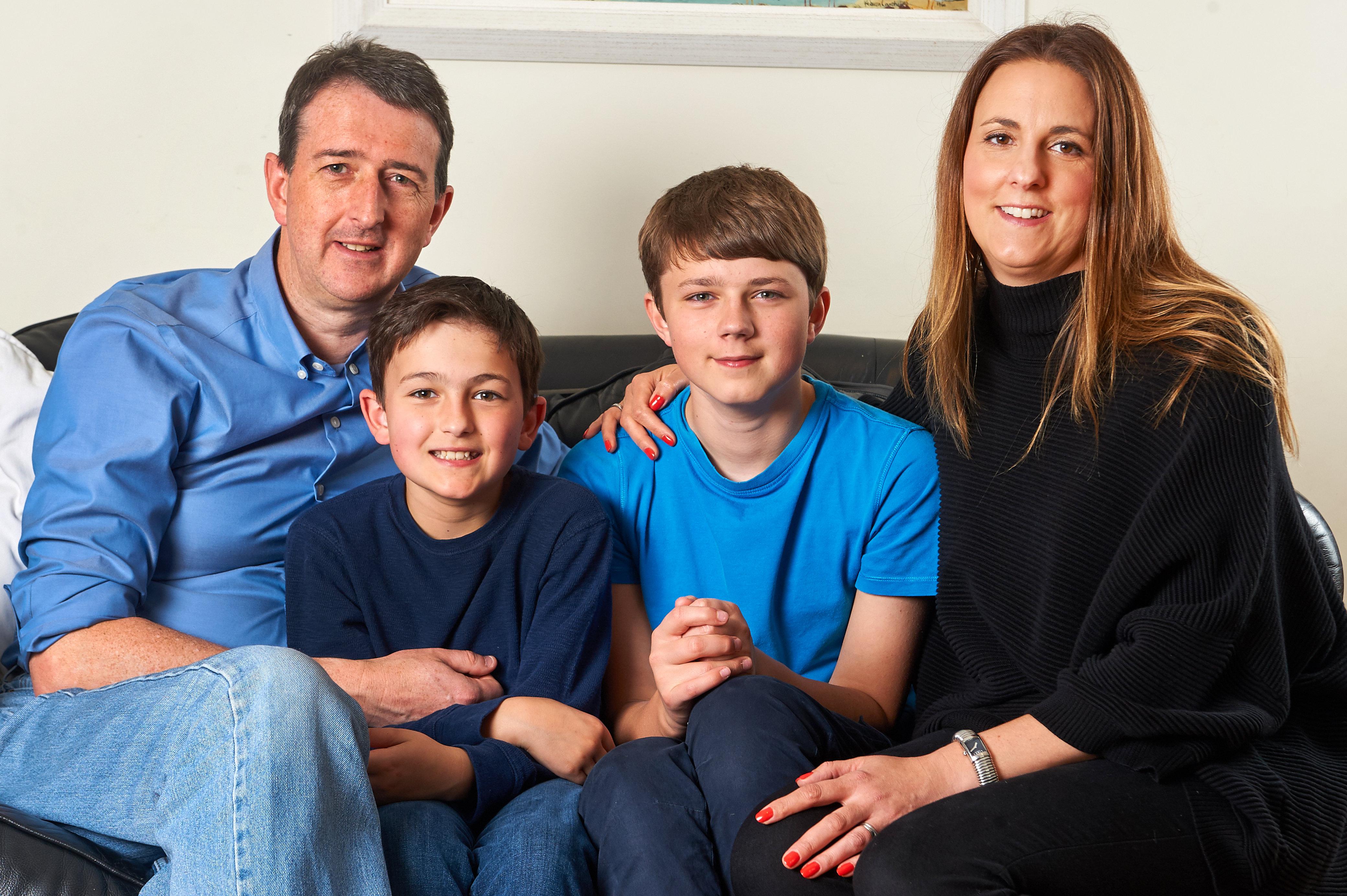 They have also starred in adverts for Renault, EE, Delta Air Lines, Ragu and Gerber; a firm that makes 'finger food' for toddlers.

Almost 15 years after the hilarious clip was first uploaded, the Davies-Carr family has completely changed – and Harry and Charlie are "soon entering adulthood"

Not only do Harry and Charlie look completely unrecognisable, but Howard and Shelley have had another two boys – Jasper and Rupert.

Mum Shelley admitted that having more kids wouldn't have been possible without royalties from YouTube.

She said: "Without the clip, we couldn't have had Rupert." 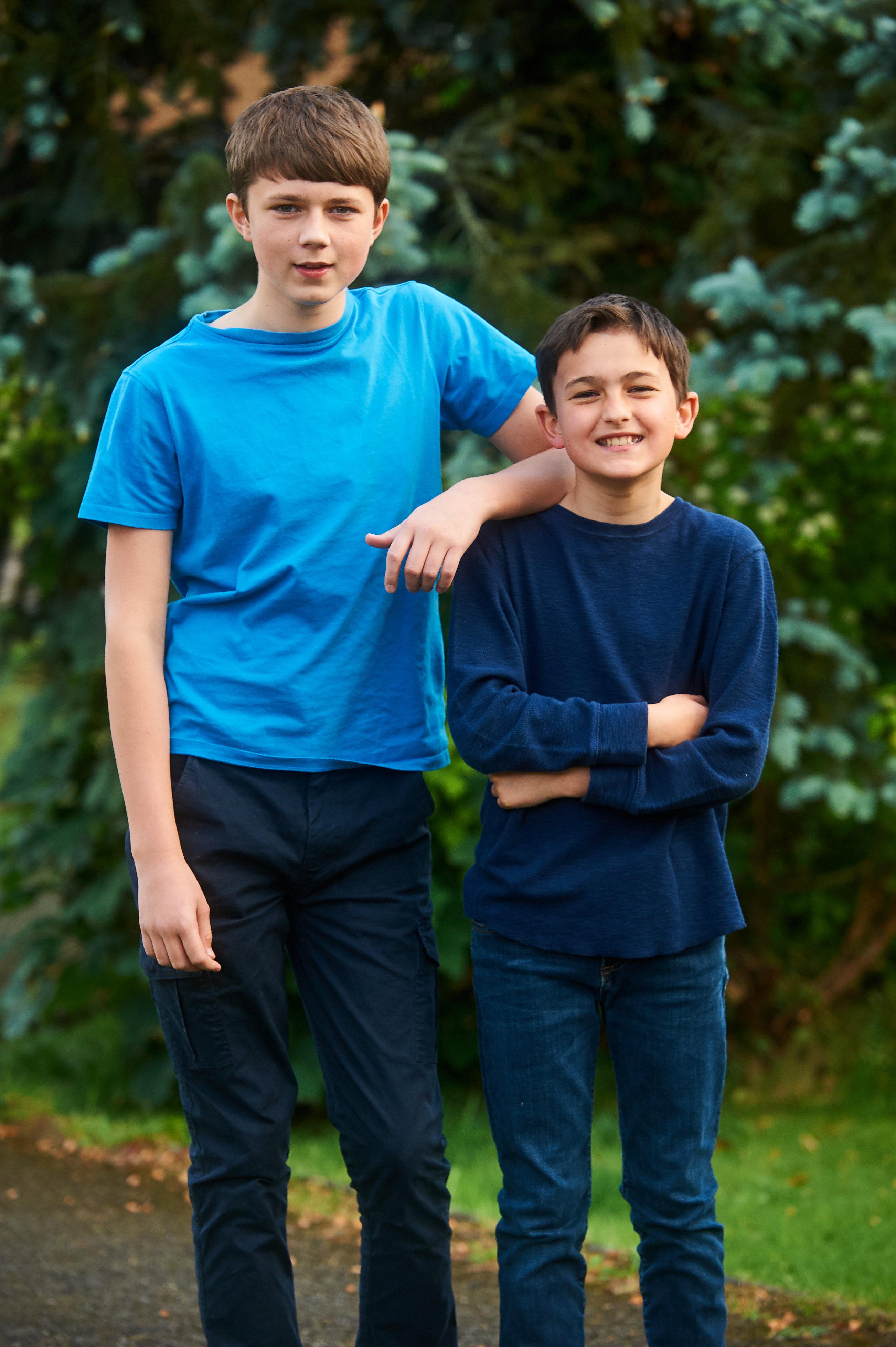 Even though the family have earned a fortune from the viral clip, they have not splashed the cash on a mansion or any luxury cars.

They currently live in Marlow, Buckinghamshire.

Dad Howard hasn’t given up his role as an IT consultant, where he currently works full-time.

The family has decided to use their YouTube cash to put their children through private education.

Howard explained: "Charlie once came home and said, 'Is it true you can buy me a Ferrari?'

"In reality, we don't actually treat them that much."