Home » Fashion » Remember the kids who gatecrashed 'BBC Dad' Robert Kelly's interview? What they look like now will make you feel SO old

ZOOM calls and working from home has certainly become the norm, but in 2017, things were a little harder to manage.

Cast your mind back to four years ago when a BBC interview with Professor Robert Kelly went viral after his two young tots gatecrashed his live chat – only for his wife to rush in and save the day. 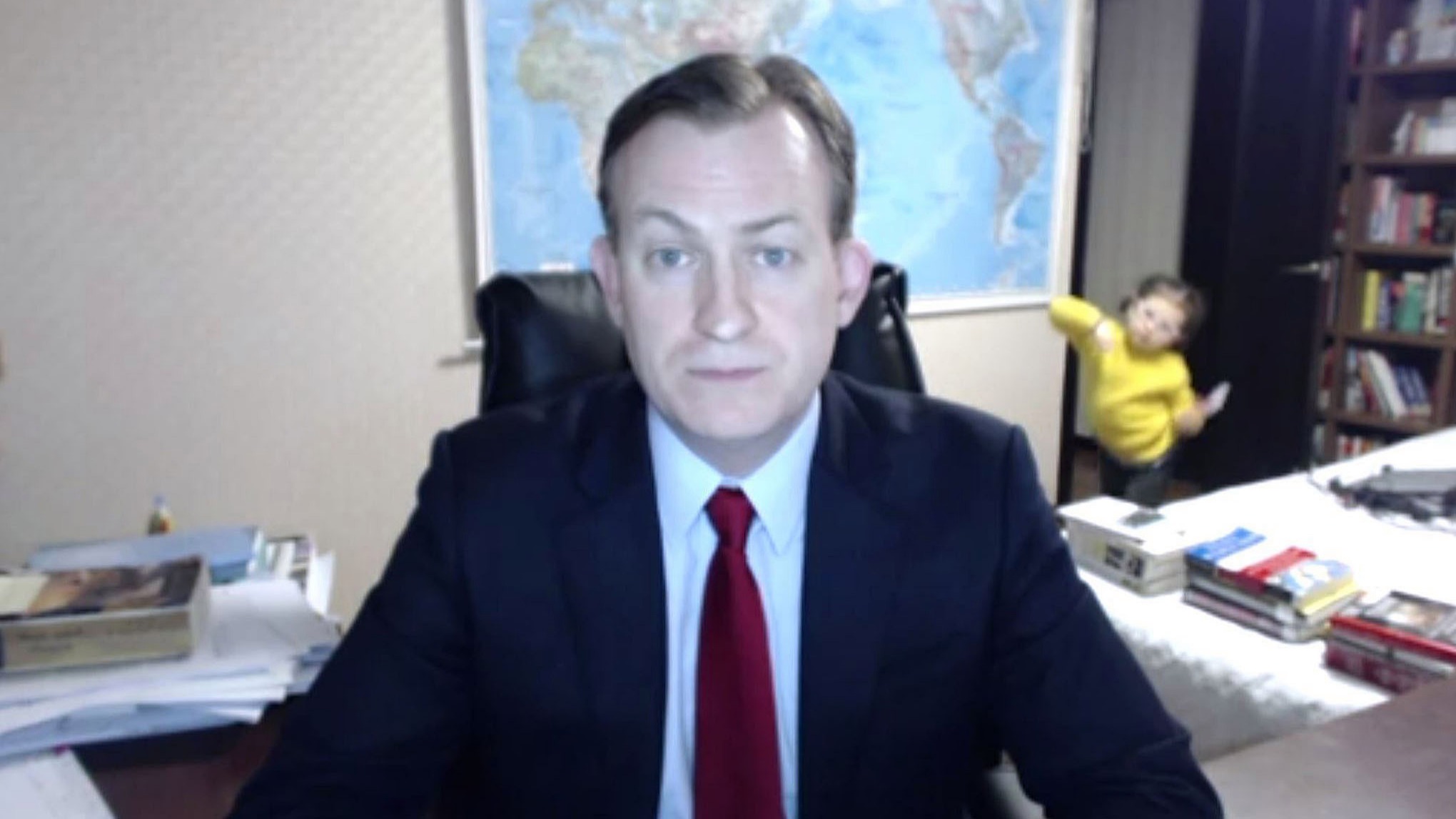 The infants – Marion, a toddler, and James, just a baby at the time -burst in during the live stream where their dad, who's since been dubbed 'BBC Dad', spoke seriously about the impeachment of South Korean president Park Geun-hye.

Four years on and the incident is circulating once more, but this time for a different reason.

The doting dad of two – who was casually donning jeans during the now famous chat – shared a video of his grown up daughter Marion playing the cello – and people can't believe how different she looks.

But if that doesn't make you feel old enough,Robert later shared a snap of his son James, who appears just as cheeky as ever.

Alongside the video of his daughter playing the instrument, he Tweeted: "BBC Daughter plays 'Jingle Bells'"

And followed up with a snap of his son writing: "That's Marion. And here is James hiding from going to kindergarden this morning."

While the viral clip seems like it was just yesterday for some, Twitter users can't believe how old they feel after seeing the young tots all grown up.

One Twitter user shared the original interview clip from 2017 pointing out just how much young Marion has grown. 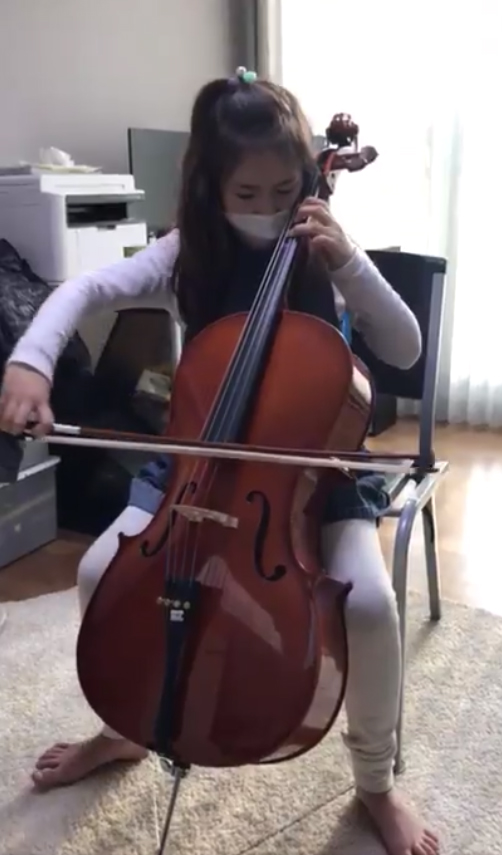 "If you aren’t feeling old yet, here’s the daughter in that video above," they said after sharing the clip of Marion today.

One person responded: "One minute she’s a wandering toddler and four years later she’s practicing cello? Gads, if *that* doesn’t throw perspective on time and how fast kids grow up!"

"What have we done to you? We are trying to survive the pandemic and you remind us of our age….," another joked.

And commenting on Robert's post, one person said: "These can't be the little children who interrupted your tv interview! They seem to have grown so fast in a couple of years. Thank you for giving us an update on your lovely family."

Robert's 2017 interview from home took place well before virtual chats and comfy loungewear was a thing (or at least the norm). 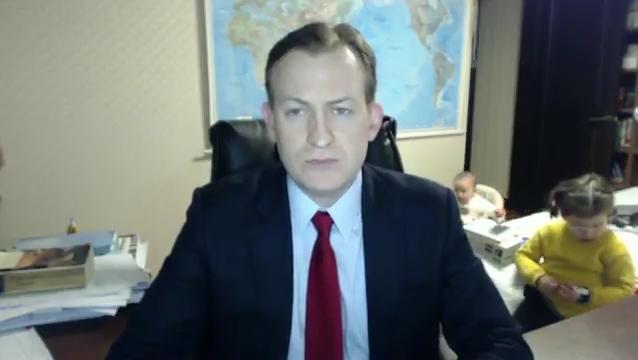 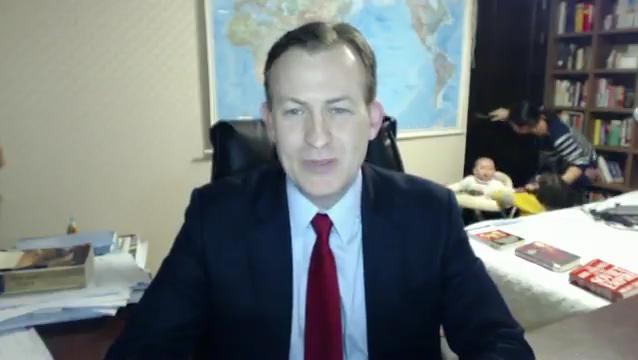 At the time, the professor was midway through answering the presenter's questions about Park Guen-hye when Marion, dressed in a yellow jumper, is seen opening the door behind him and wandering into the room.

Their dad tries to remain professional but closes his eyes for a few seconds and apologises as they make their dramatic exit.

She swings her arms happily as she walks over to her dad, who has clearly spotted her on his screen and attempts to push her out of the way.

The broadcaster continues to ask his next question while pointing out: "… I think one of your children has just walked in." 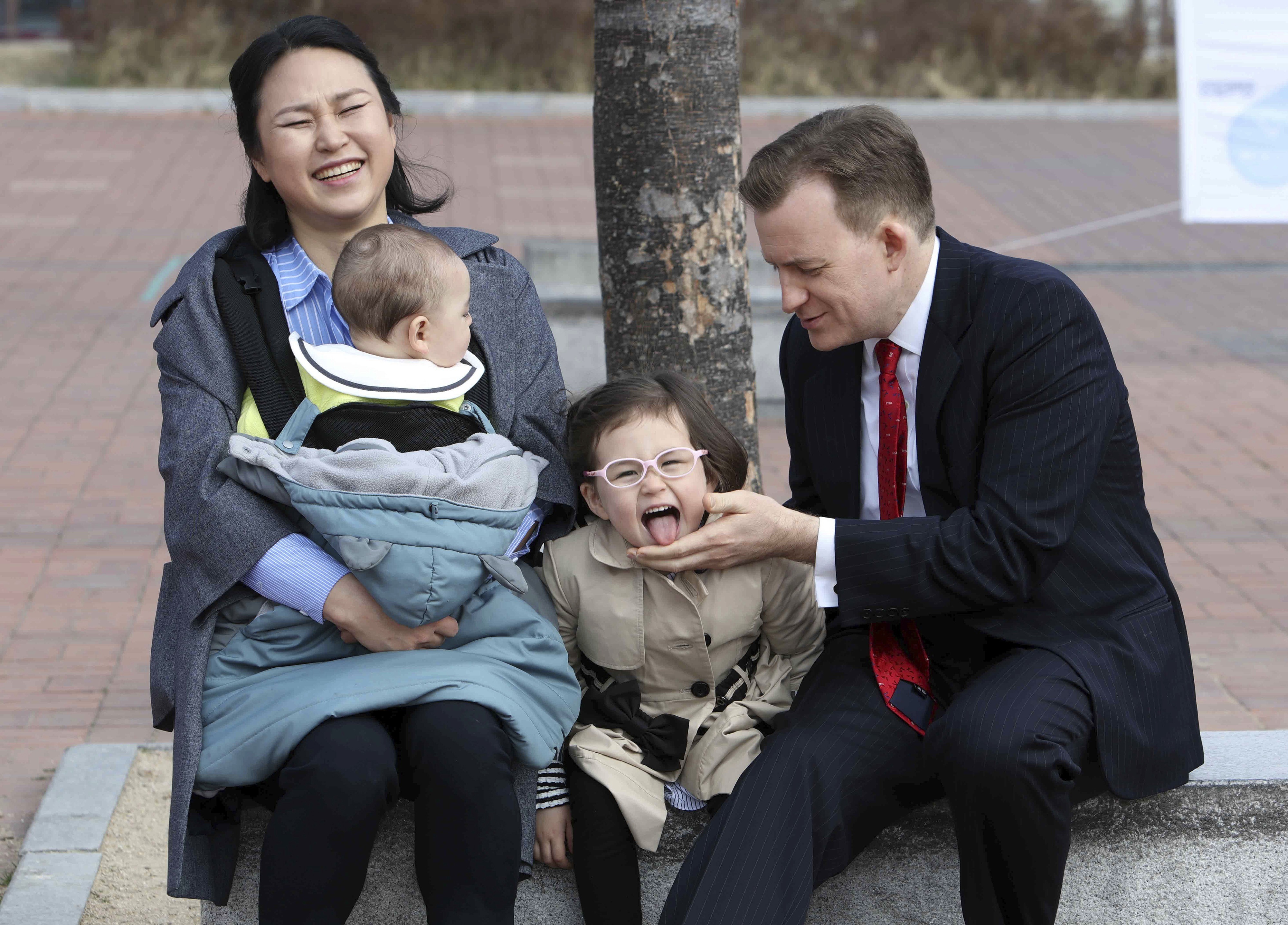 But to make matters worse, young James in a baby walker comes waddling into the now open doorway and follows after her sister towards their dad.

Seconds later, a woman comes bounding into the room and grabs both children by their arms, dragging them backwards.

Their dad tries to remain professional but closes his eyes for a few seconds and apologises as they make their dramatic exit.

Although, understandably, frustrated at the time, the dad-of-two later saw the funny side and has since come around to his new title 'BBC Dad'.

Meanwhile, this mum reveals what’s REALLY going on when you see experts being interviewed on the telly.

And in other parenting news,we shared how organised mums have breezed through back-to-school panic with labelling and lunchbox prep.

Plus busy mums share the easy ways they get the housework done in half the time… & how to trick the kids into helping.