Home » Fashion » Staying on Course Together

Katherine Clark Harris and Abhishek Gupta were driving back from the Napa Valley region of California — where they had spent their first Valentine’s Day together — to Mr. Gupta’s San Francisco home in 2018.

Ms. Harris, 32, a native New Yorker then living in Washington, was navigating the hourlong return trip when they suddenly veered off course.

Mr. Gupta, 39, who had been dating Ms. Harris for two months at that point, did not get angry. Instead, he smiled, as her poor sense of direction only served to enrich his feelings for her.

“Sure, we got lost, and it was going to cost us two hours,” Mr. Gupta said. “But that was two more hours that I got to spend with Kate.”

Ms. Harris, the director of the Reimagine New York Commission, which is focused on the state’s pandemic recovery for the governor, was introduced to Mr. Gupta at a holiday party in Manhattan in December 2017.

“A mutual friend brought us together and said, ‘You have to meet’,” said Mr. Gupta, an operating partner at Boldstart Ventures, a technology investment firm in New York.

“The first thing I remember about Kate was her big, gorgeous, beautiful smile,” he said. “She also seemed incredibly energetic and thoughtful.”

Two days later, he impressed her again by asking her out on a first date to one of her favorite restaurants in Manhattan’s West Village. “I later found out he had done his homework and asked mutual friends about the places I enjoyed going to,” Ms. Harris said. “I really appreciated that.” 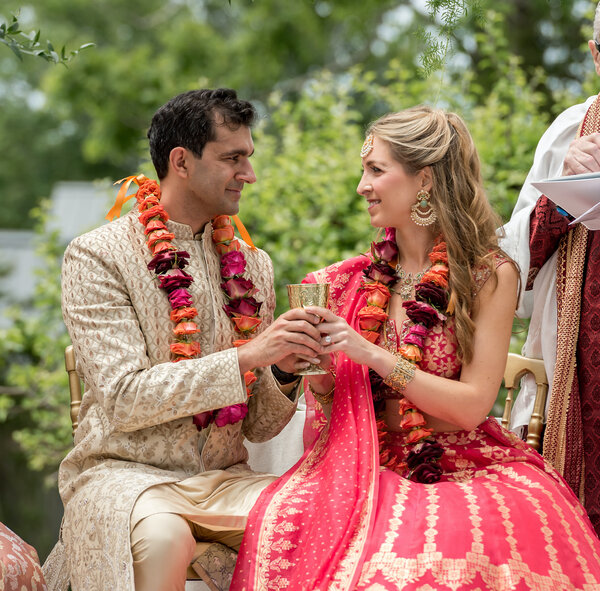 The two got to know each other better during that dinner. Ms. Harris told Mr. Gupta that she grew up in a big family in New York and worked as a senior aid in the Treasury and State department for the Obama administration in Washington. She is now a term member of the Council on Foreign Relations.

She learned that Mr. Gupta led global strategy at Uber in San Francisco, and that he later joined Kustomer, a technology company that was acquired by Facebook

He told her that he also graduated from Harvard, where he was a member of the Lampoon satirical magazine, and received an M.B.A. from Stanford. He also said his parents, who are active in the Indian community, emigrated to the United States in the late 1970s.

They were soon embarking on a long-distance relationship that lasted one year, before they settled down in New York.

But for Mr. Gupta, who grew up in Fort Lauderdale, Fla., “anywhere in the world that I am with Kate feels like home.”

“What I really appreciated about Kate was that she was so spontaneous,” Mr. Gupta said, “She was always game to try new things, like restaurants, shows and concerts.”

Ms. Harris said Mr. Gupta made her feel “totally understood and seen in a way that I had never experienced.”

“When we had a few fights early in our relationship,” she said, “he just sat down with me and said, ‘Tell me what you’re really thinking, don’t be afraid of conflict, we’ll only be closer for it in the end.’ For me, that was really the turning point.”

They continued to date, and in January 2020, just a few months before the coronavirus struck, they moved into a Manhattan apartment together.

They were engaged Feb. 2, 2020 in Cambridge, Mass., and the engagement party was held at Rosemary’s, the same Manhattan restaurant where they enjoyed their first date.

The couple married June 12 at the Reform Club in Amagansett, N.Y., before 60 guests, including the bride’s 100-year-old grandmother, Carole Block, and their officiant, William D. Dechard, a friend of the couple, who became a Universal Life minister for the event.