Home » Fashion » Why I Wanted to Learn to Perform Abortions

It starts with steel.

A speculum. A needle. A tenaculum to steady the cervix. A set of dilators. These were the instruments I used when I trained to perform abortions in the 1990s.

There was also plastic and suction. The equipment was all so hard and sharp, and yet the procedure itself required a delicate touch. This was before ultrasound was commonly used, so a surgical abortion was often performed blindly. It took experience to recognize and understand the feel of steel and hard plastic on the cervix and the uterus. Not just because you couldn’t see, but also because the tissue changes week by week as the uterus enlarges and the muscle thins.

As the pregnancy advances there are also fetal bones, which are sharp and can lacerate the uterus, blood vessels or bowel. The result can be maternal death if a surgeon doesn’t intervene quickly.

All of this probably sounds dangerous, but in skilled hands and with appropriate equipment a surgical abortion is one of the safest medical procedures any person can undergo.

Though we often think of abortion as a choice, some come out of medical necessity. For example, in the case of an intrauterine pre-viability infection (that’s around 24 weeks), the recommendation is delivery or the infection can be lethal.

In this situation some women choose a surgical abortion, while others prefer to labor. It’s really hard to call it a preference. But the options offer some measure of control for the pregnant person, and controlling even one thing can be comforting when everything else, medically speaking, seems out of control.

These personal and medical decisions are difficult enough. Now the specter of legislation is creeping into doctors’ offices and labor and delivery suites. Conversations we should never entertain — ones that start with, “Is she sick enough yet?” — are becoming more common.

Imagine if your well-trained pilot were expertly managing a sudden loss of altitude mid-flight but had to step away to consult a lawyer to figure out if a reasonable pilot would conclude a crash was imminent, only to find that imminent isn’t even defined?

This idea of pleading abortion worthiness was the very thing that drove me into obstetrics and gynecology. When I was in high school in Canada, a woman wanting an abortion had to present her case to an “abortion panel,” a three-person tribunal (pretty medieval, no?). Women would confide their circumstances to their own doctor, who would hopefully send a report to a panel of three unknown doctors.

If their stories were to be sympathetic, these women had to adhere to certain guiding principles: Be contrite. Apologize. Promise to do better. Smile, but in a sad way. Don’t say too much, but say enough. Walk the edge of the knife between self-pity and responsibility. And hope they don’t know your parents.

We coached our friends the best we could, but I was determined to do better.

So during my obstetrics and gynecology residency I spent much of my free time learning abortions. The training was available to all, but not embedded in the program, so I had to go out of my way to learn. I can think of no other surgical specialty where a procedure is so common that 24 percent of patients will have one by the age of 45 and yet it has been deemed “elective” to learn.

I was trained to do abortions by men who, interestingly enough, had financial and social backgrounds similar to those of many men who currently write and interpret our abortion laws. What makes one man weep remembering a young nurse dying from a pelvic abscess incurred in a clandestine abortion, and another man want to erase her with legislation?

We had a few female OB-GYNs in my training program, probably similar to most training programs in the 1990s, but it was men who taught me how to perform abortions. At the time I thought it odd. In retrospect, I wonder if women steered clear because abortion could be one more thing held against them. No other surgical procedure is weaponized so effectively, and in so many ways, against women.

Along with the skill to do abortions, the men who taught me also passed on their experience from when abortion was illegal. (It was legalized in the U.S. in 1973 and in Canada in 1969.) They taught me about catastrophic infections. Spilled bowel contents from instruments that had lacerated the uterus and large intestine. Family members who hung up on calls from their facilities because they preferred not to know what was going on with their daughters. They told me of women dying alone.

They never said where these women had met their fate. A well-meaning but ill-trained doctor or friend? A true medical profiteer taking advantage of a woman’s predicament?

Once upon a time some doctors could get away with offering early abortions by calling them “menstrual extractions,” which were meant to remove built-up uterine lining supposedly caused by a hormonal imbalance. Accurate pregnancy tests were not available until the 1970s, and so a missed period or two could plausibly be explained this way. But not so often as to arouse legal suspicion.

The whisper network may have sent some women with money to these well-trained providers with clean equipment, but it sent others to unskilled hands with rusted equipment. Women would choose this man in that neighborhood over another man in another neighborhood because they had heard maybe he was not as bad, his facility was a little cleaner.

Sometimes they would go in knowing he was the worst but hoped for the best because he was all they could afford.

Some women take time to reach their decision and others know immediately. But once they know, they know.

Indecision doesn’t lead a woman to put her feet in stirrups, lay back and hope the person holding the steel is well-trained and trustworthy. No one who is unsure of a medical decision would consider a filthy man with filthy equipment in a filthy room a viable option.

Even though women know their bodies and their minds, many states require doctors to explain pregnancy to a woman, as if she were an impulsive child. No woman in the history of women has ever said, “Oh doctor, thank you so much for explaining. I didn’t realize what pregnancy meant.”

These and other regulations are not about patient safety or informed consent. They are intended to make the procedure more expensive or harder to access.

If men are going to regulate the uterus, they should have the courage to be honest about their decisions and motivations. Restrictive and deterring abortion laws do not help make the practice of abortion safer. In the end, they force women to choose poverty or a fetal skull perforating the uterus. It would take a lot less courage for legislators to admit their intentions than it does for a woman to entrust her body to an unnamed man in a dirty room.

Dr. Jen Gunter is an obstetrician and gynecologist practicing in California. The Cycle, a column on women’s reproductive health, appears regularly in Styles. 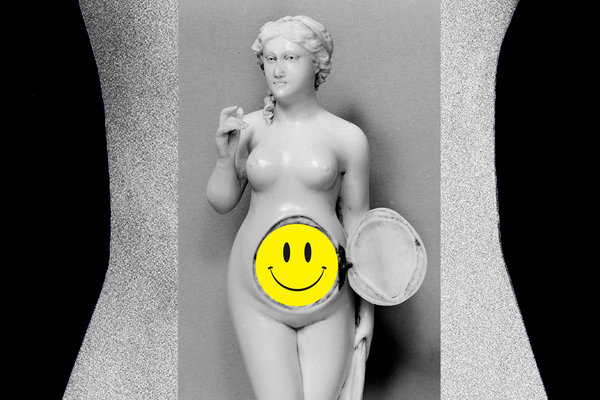