A WOMAN was left a little red-faced after experimenting with tie-dye for the first time and accidentally creating a huge X-rated design on the front of her T-shirt.

Tie-dye became the latest craze in lockdown, with plenty of people getting creative and revamping their wardrobes with colourful patterns that would rival most during the festival season. 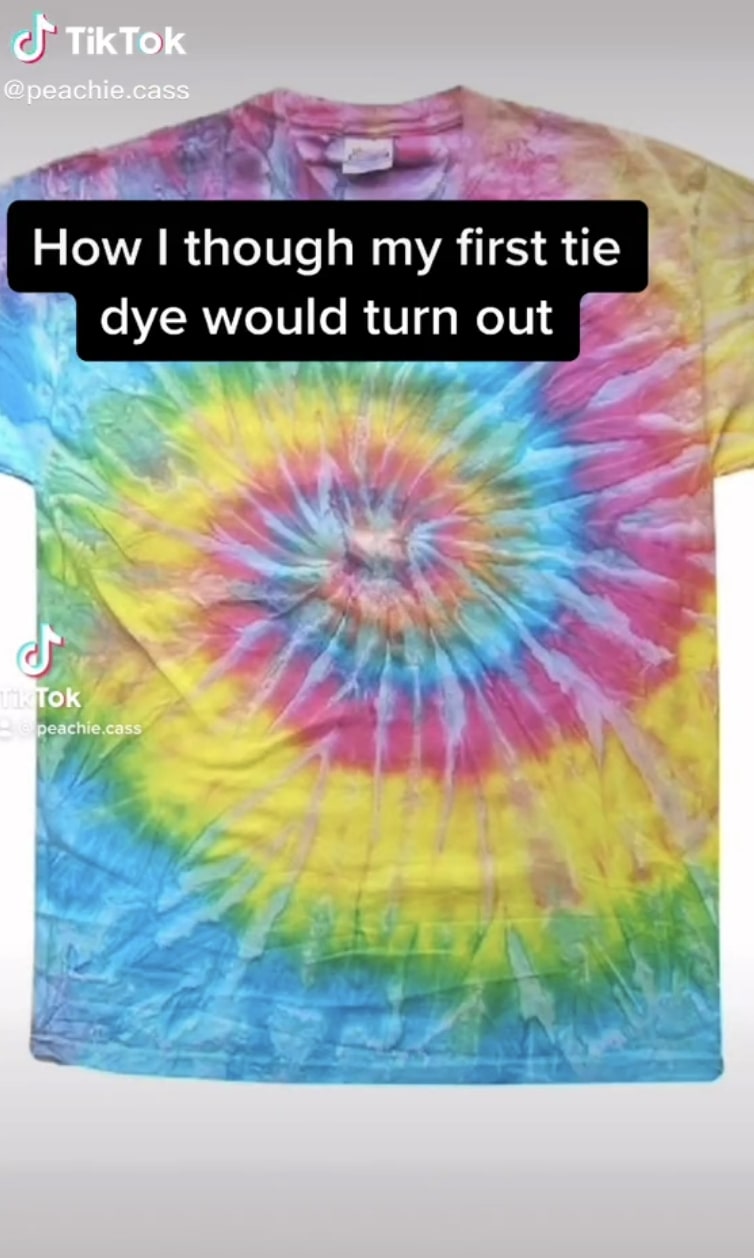 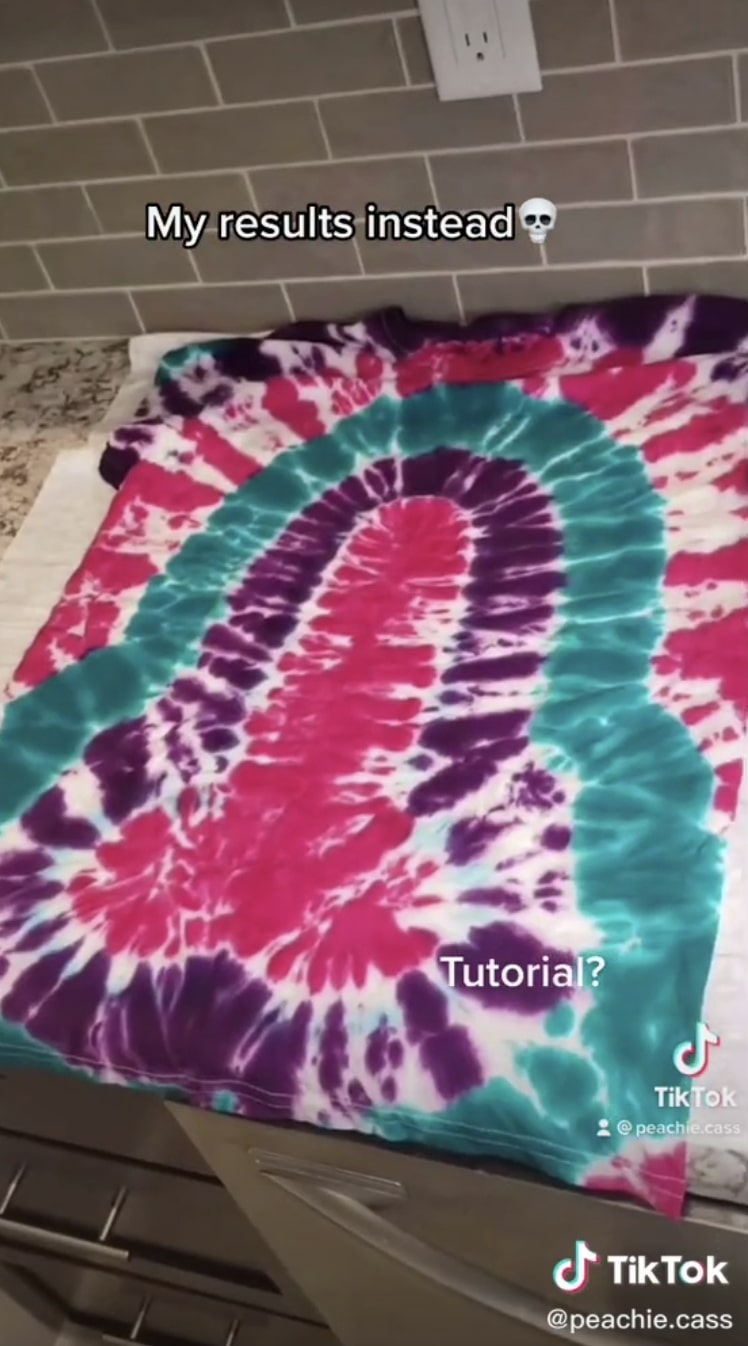 For one TikTok user, however, their attempt at tie-dye left them mortified as they ended up with a giant penis on the front of their tee.

The woman found herself going viral after she shared a video of her creating her accidentally graphic design and it's since been watched over 14.4million times online.

She explained that she had tried to create a pretty pattern that looked like a big swirl on the front of her T-shirt, but it didn't exactly go to plan.

Sharing photos of what she had expected the finished result to look like, the girl was left shocked when she opened up her T-shirt to reveal what she had actually created.

"How I thought my first tie-dye would turn out… my results instead," she shared as she showed off the very phallic-looking finished tee.

Seeing the funny side, however, the girl joked: "Tutorial?"

Her video blew up with over 104k comments, with many sharing their amusement over her creative mishap.

"THAT'S SO MUCH BETTER," teased one person.

Another joked: "I think it's an improvement," while a third commented: "Bids start at 30k, any takers?"

A fourth advised: "OMGGGGG DON'T [WEAR] THAT WHATEVER YOU DO."

One person couldn't resist poking fun as they posted: "IT'S A NOSE."

And others were keen to take up the designer on her tutorial offer, with one person teasing: "Show us how we need to know." 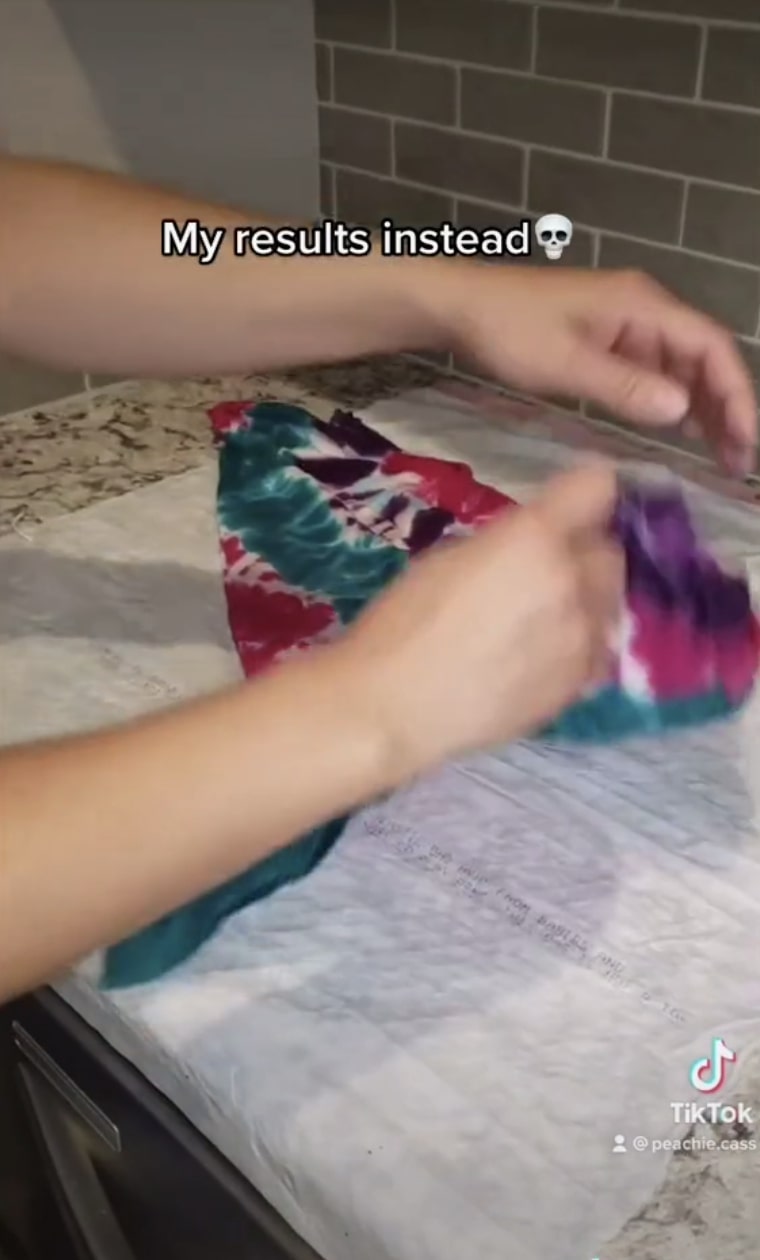 Meanwhile, a mum was mortified after her daughter’s nursery mistook her drawing of a ‘slide’ for a penis – and pulled her aside to chat about it.

Plus, another mum accidentally texts kid’s school teacher with very rude message instead of a sick note.

And a waitress was left with ‘no faith in humanity’ after rude customer leaves cruel note on receipt.