A WOMAN has shared the incredibly rude Christmas card her elderly aunt sent her over the festive season, and let's just say it's certainly not for young, innocent eyes.

The American woman shared a snap of the hilarious card on Twitter and the 80-year-old's innocent blunder has left people in hysterics. 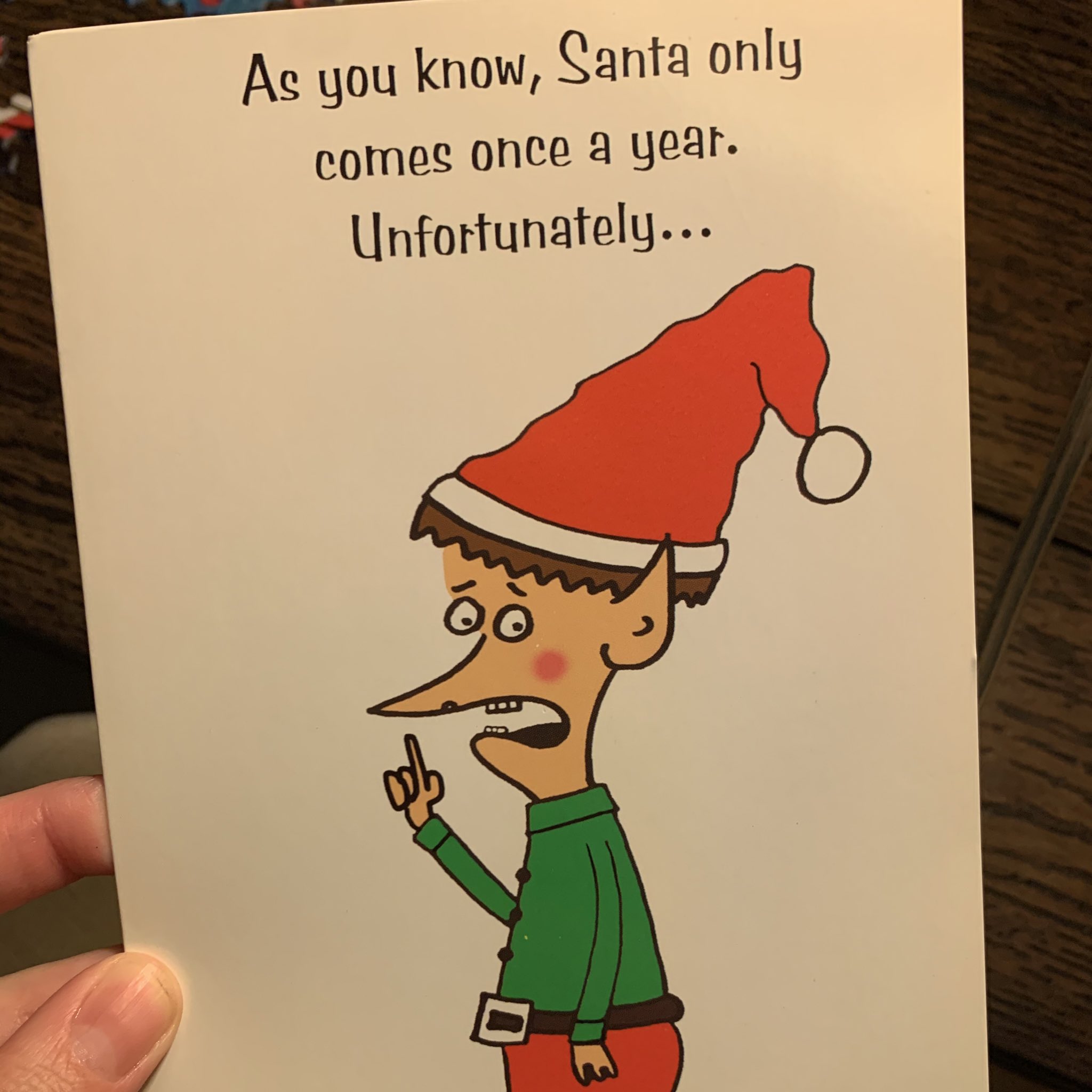 Alongside a picture of an elf, the front of the card reads: "As you know, Santa only comes once a year," followed by the word "unfortunately".

And while those words alone seem innocent enough, what comes next is the real kicker.

Inside the card, it reads: "This year it was in your card. "

And, well, the pictures speak for themselves, so no explanation is necessary. 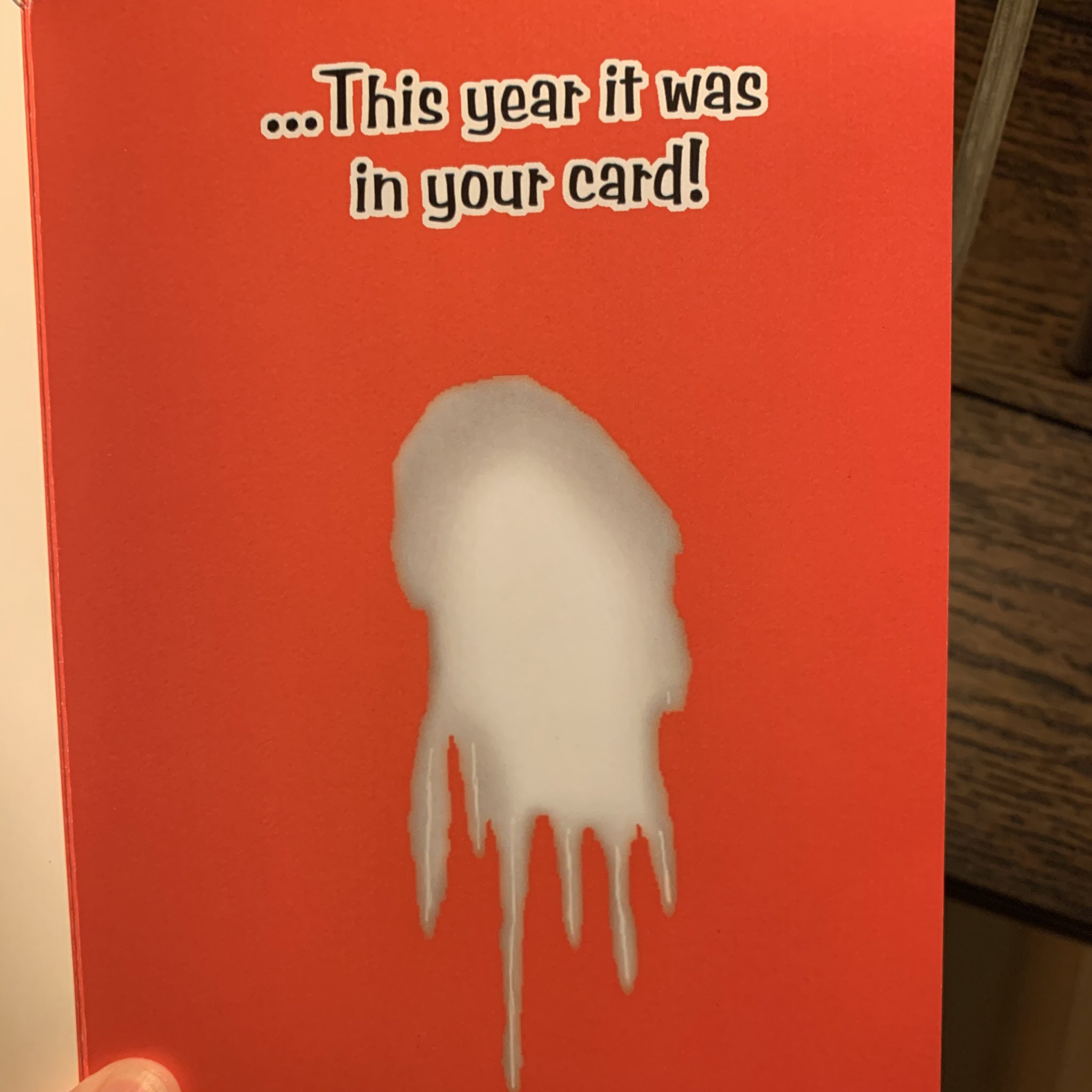 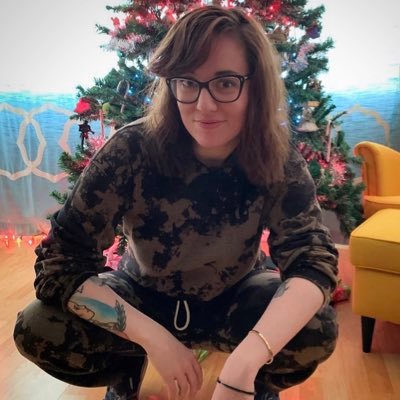 While it's not known if the cheeky aunt picked up the card on purpose, or was completely oblivious to the true meaning of the joke, people reckon it's hilarious either way.

The post has been retweeted numerous times with Twitter users even labelling the aunt a "legend" and a "champ".

Some, understandably, dubbed the card a little "gross", (let's be honest, it kind of is) but others thought it was too good not to share with family and friends.

Elsewhere, these parents slammed for VERY rude Christmas card that sees them pretend to perform a sex act behind their kids.

Plus this Dad accidentally incinerates family’s Elf On The Shelf after turning on oven where they were hiding.