Prince William, Kate Middleton may be relocating to Windsor: report

Queen Elizabeth ‘getting lawyered up’ over Harry and Meghan attacks

The UK has a secret plan for Queen Elizabeth II’s death, including a memorial service with the Prime Minister that should appear “spontaneous” and preparations for crisis-mode if London becomes packed with mourners, according to newly revealed documents.

Dubbed “Operation LONDON BRIDGE,” the plan maps out in granular detail what will happen in the first 10 days after the death of the 95-year-old monarch — who is currently in good heath — Politico reported on Friday.

The UK government is readying for a crisis, with one memo reportedly warning that London could become overwhelmed or “full” by too many people flooding the city to mourn the queen, causing mayhem with public transport, food accessibility, policing, and more.

To respond to this possibility, “Operation LONDON BRIDGE” calls for a security operation to be put in place to manage the potential overcrowding.

An outline of the plan also shows that, following the Prime Minister’s official announcement of the Queen’s death, a service honoring her will be held at St. Paul’s Cathedral.

The PM and some senior ministers are scheduled to attend, but the memorial should reportedly appear “spontaneous,” according to the documents.

Additionally, there are plans for the prime minister and his Cabinet to meet the queen’s coffin at St. Pancras station as well as for the Queen’s son and heir apparent to the British throne Prince Charles to go on a tour of the UK in the days leading up to the funeral as he takes over as king of England. 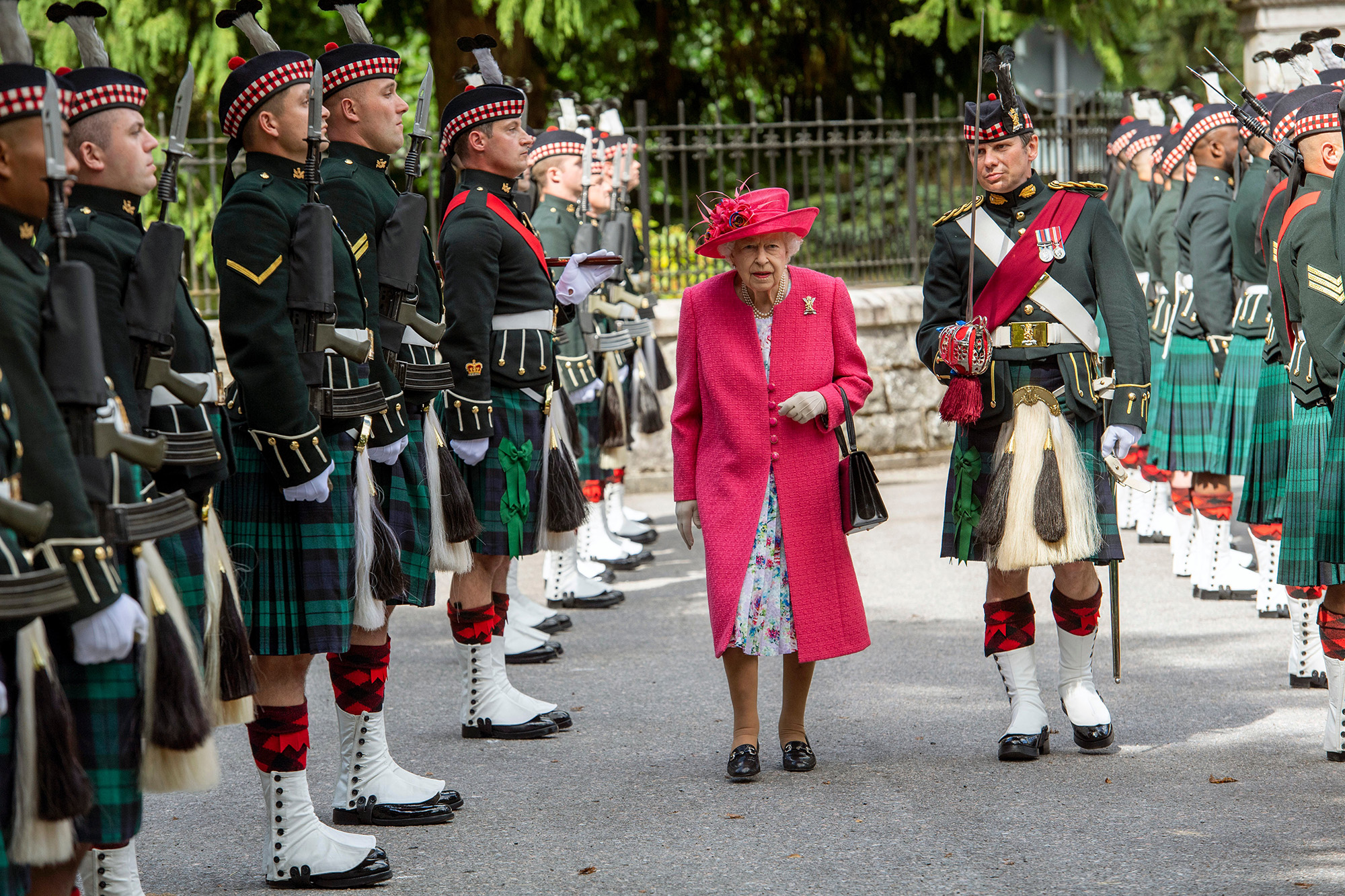 “Operation LONDON BRIDGE” begins with what is named “D-Day,” where hours after the Queen’s death, a “call cascade” will occur where the prime minister, the cabinet secretary, and other senior ministers and officials will be alerted of the Queen’s passing by HRH’s private secretary. The Privy Council Office, in charge of coordinating government work on behalf of the monarch, will also reportedly be alerted.

The royal household will issue an “official notification” to alert the public and there are scripts in place on how officials should alert others on the news. For example, the cabinet secretary will email ministers and senior civil servants the following: “Dear colleagues, It is with sadness that I write to inform you of the death of Her Majesty The Queen.”

There are also plans in place for all flags across Whitehall road to be lowered to half-mast 10 minutes after the news is delivered.

As for social media, Politico reports, “The royal family’s website will change to a black holding page with a short statement confirming the queen’s death. The U.K. government website — GOV.UK — will display a black banner at the top. All government departmental social media pages will also show a black banner and change their profile pictures to their departmental crest.”

Interestingly, retweets are “explicitly banned” unless cleared for the central government head of communications, and non-urgent content should not be published.

The Prime Minister will be the first government official to make a statement, the Ministry of Defence will arrange for gun salutes, and a minute of silence for the nation will be announced. The PM will then meet with the new king and at 6 p.m., King Charles will “deliver a broadcast to the nation.” 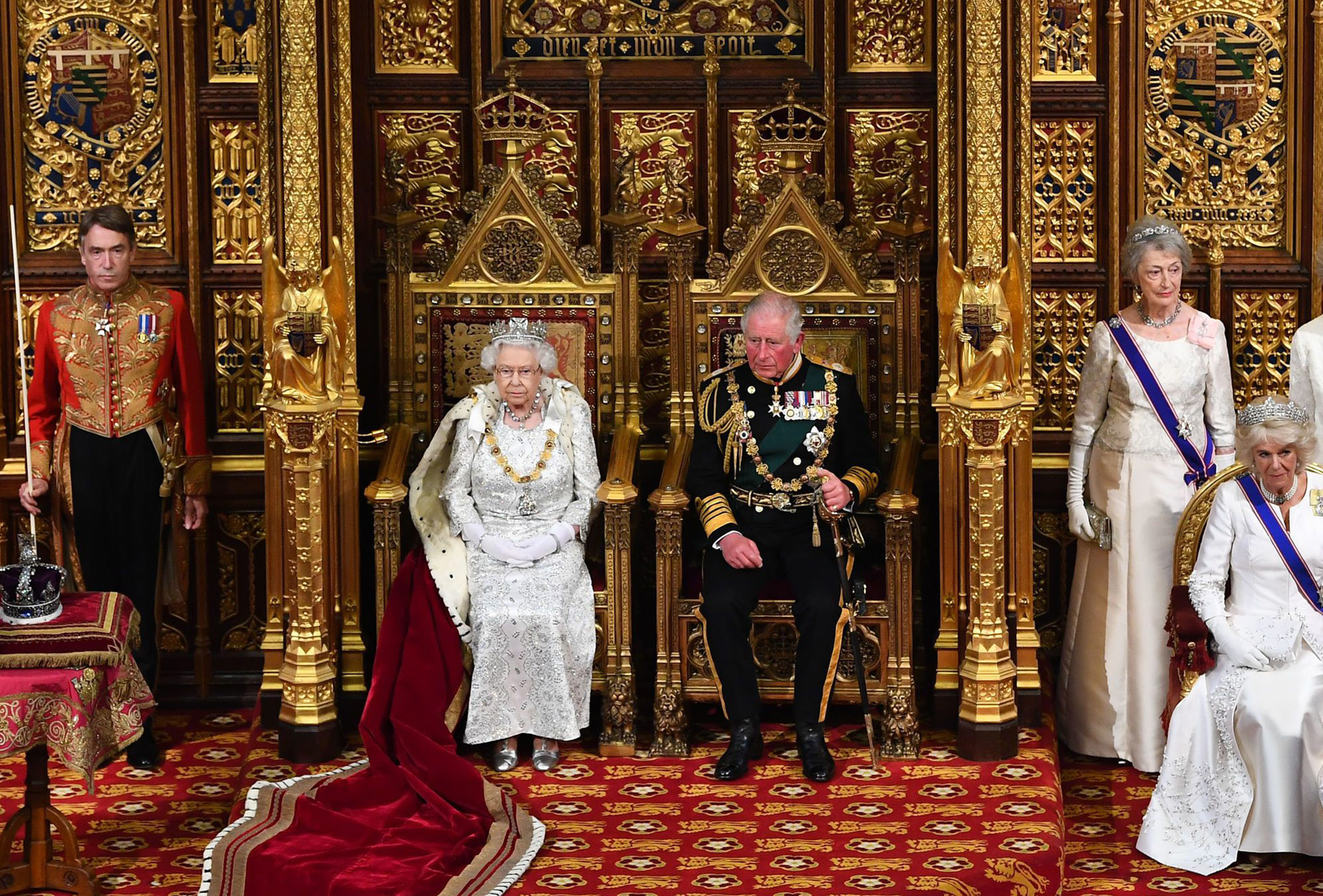 Over the 10 days leading up to the queen’s funeral, several plans have been put into play for different officials to mourn the queen as her coffin rests in Buckingham Palace.

There are several plans put into place in order to ensure the Queen’s return to London if she dies in other cities, such as “Operation UNICORN” where is she passes in Scotland she’ll be transported by train or “Operation OVERSTUDY” where her body will travel by plane.

On the tenth day, the state funeral for the queen will reportedly be held at Westminster Abbey and a two-minute silence will take place across the nation “at midday.” Processions will occur in London and Windsor and there will be a service held at St. George’s Chapel at Windsor Castle, where the queen will be buried in King George VI Memorial Chapel.