Home » Lifestyle » 75 million songs to pick from? I crave the age of deprivation

When the eject button broke on the stereo in my mother’s car, the cassette which happened to be in there — Paul Simon’s Concert in the Park — became trapped forever. It was one of those double cassette albums, a live recording of his 1991 show in Central Park, so the tape which got stuck was actually “Tape One”, just the first half of the concert. The play button still worked, so you could still play it — but you could only play it. Just half a concert, over and over again.

Everywhere we went, which I remember as being mostly trips to the orthodontist even though that can’t be right, Paul came too. He would make it halfway through the setlist and then have to start again, doomed never to reach the encore. Still today, when I hear the opening drums of The Obvious Child, I feel my teeth tighten as if under braces. 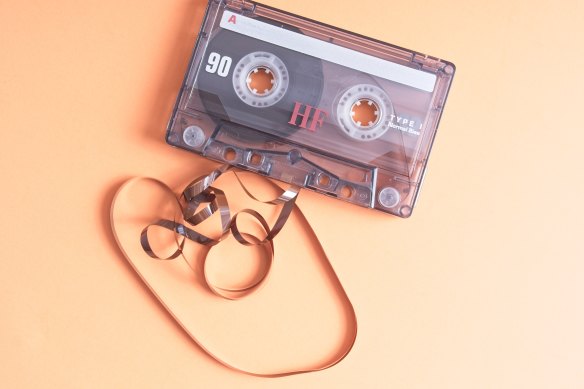 This doesn’t sound like cause for nostalgia, but I think of it often and fondly, usually when I’m arguing with my family over which of the 75 million songs on Apple Music to beam into the car stereo. Take away my options and bring back Paul! You can’t argue with a broken eject button. It’s the kind of hard-and-fast limitation which feels so peculiarly analogue now, like the finite number of songs you can fit on one side of a cassette.

This amazes my children, who know only limitlessness. Once, staying at a holiday house, they discovered what free-to-air TV is. “You do not choose what to watch,” I had to explain to them, as they batted at the remote, helplessly. “It chooses you.” They were horrified, because at that particular moment, ABC Kids had chosen to air a show meant for, as my children described it, babies. “Growing up, this was all we had!” I told them. It was just programs for babies or wildly inappropriate shows meant for older kids, and we sat there and watched it all (literally, all) without complaint. They went outside to play instead.

If there’s one thing you can say about kids today, it’s that they’ll never understand the sheer staying power required to endure scheduled programming. Nor will they ever know the agony of having to keep on playing a CD they actually hate because they’d saved for weeks to buy it off the back of the one good song they’d heard on the radio. It was all we had.

Now, in our time of bounty, when you can simply watch and listen and read to whatever you want, who could yearn for such an age of deprivation? And yet, like the kind of psycho who asks for the menu at an all-you-can-eat buffet, I find this feeling creeping up on me: I crave finitude.

In contrast to the mindlessness with which I chew my way through unlimited streaming, there was a purposefulness to being forced to make-do with the only content I had available to me, and I miss it.

I miss it like I miss my very strangely curated collection of movies taped onto VHS – Police Academy, Beaches, Dirty Rotten Scoundrels, Big – which I watched over and over again. These movies are inside of me like microplastics now, absorbed into my very being. Not long ago I saw a YouTube clip of a modern-day Tom Hanks demonstrating that he still knows the “Shimmy Shimmy Cocoa Pop” bit from Big and that’s something Tom and I have in common.

I haven’t seen Big in a long time, but in any case, I’m not suggesting it or any of these movies are worthy of being rewatched; even at the time I don’t think I liked them especially. They were just the movies I happen to have recorded off the telly. But it was like I was stuck next to them on a long plane trip, and we had to find a way to make it work. Something happens when you do this, when you’re forced to go deep. You have to be resourceful, and in doing so, you somehow transcend passive consumption.

This is the opposite of what you’d expect. You’d think the easiest way to stay engaged with content would be to relentlessly pursue something new. But researchers have found that people who rewatch and reread and relisten actually increase their engagement and focus over time, because of the way their relationship to the object of their attention develops and changes.

Far from representing a kind of stagnation, the process of revisiting the same thing, which the researchers call “volitional reconsumption”, is an extraordinarily dynamic one, with the source material taking on a life of its own in its interaction with you, the consumer, in a way that transforms both.

Of course, rewatching my slowly degrading copy of Big, or driving around to the soundtrack of half a concert, was not really by choice. It was less volitional reconsumption, more Stockholm syndrome. But the effect was the same, and it’s that effect, not the content, I yearn for.

Now, in the face of our never-ending options, the only way to recreate this analogue-era experience is to put in place self-imposed, arbitrary barriers to consumption which break the figurative eject button. In an article for the New Yorker called “The Case for Listening to Complete Discographies”, the writer Colin Marshall describes how, as a music fan, he developed a strategy to do just this. In order to hold back the overwhelming deluge of Spotify, he chooses an artist and then works through their entire back catalogue, slowly, at a rate of an album per week, playing it once every day. In this fashion, it took Marshall almost a year just to get through Bob Dylan.

I don’t really want to listen to Bob Dylan for a year, but I do want to try to sit with things for longer, instead of chasing, as Marshall calls it, “the next, the next, the next”. There can be stimulation in staying still, and sticking out the ride. It’s okay to get a bit stuck.

Tabitha Carvan is the author of This Is Not a Book About Benedict Cumberbatch: On Finding Your Thing and Loving It Like Your Life Depends on It (Fourth Estate).

To read more from Spectrum, visit our page here.