Perfect pad for a trainspotter! The £1.5m Chichester home that looks like a modern bungalow from the outside, but envelopes an entire 19th century railway carriage inside

From the outside, this modern bungalow for sale in West Sussex looks unusual – but not extraordinary.

However, not all is as it seems at the four-bedroom property, which comes with a chunky price-tag of £1.5million.

Step inside and the bright and light-coloured painted walls of the first living room gives no hint of what lies beyond.

At the heart of the property is a railway carriage that dates back to 1800s. It is enveloped by the bungalow with no traces of it immediately visible from outdoors.

This West Sussex property for sale looks like a fairly modern bungalow on the seafront, and is listed for £1.5m 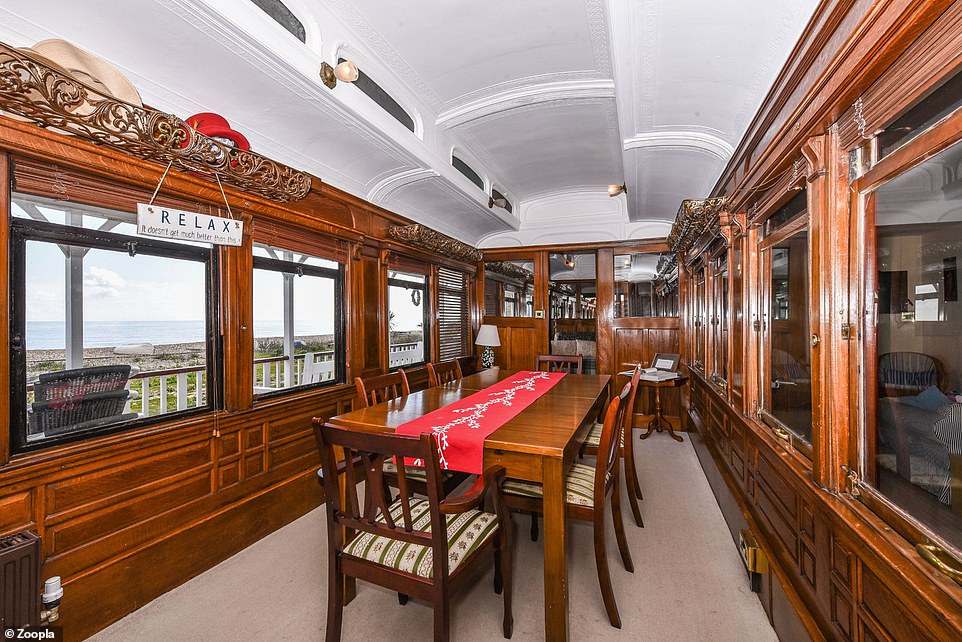 The carriage is called Tulip – as highlighted by the labelling on its exterior – and has been restored with the original doors and sash windows still in place. 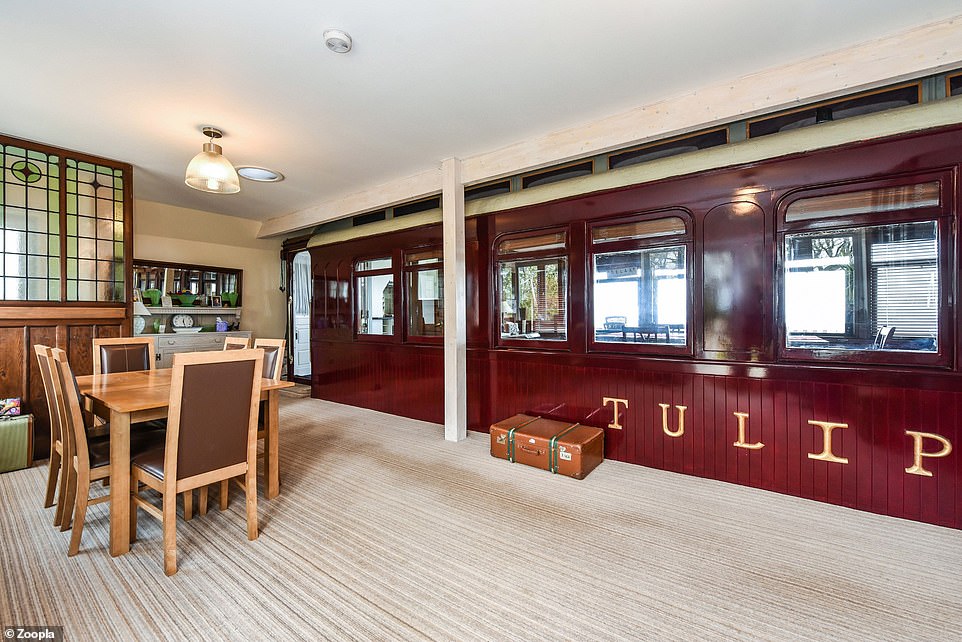 The carriage is called Tulip, and it has been restored with the original doors and sash windows 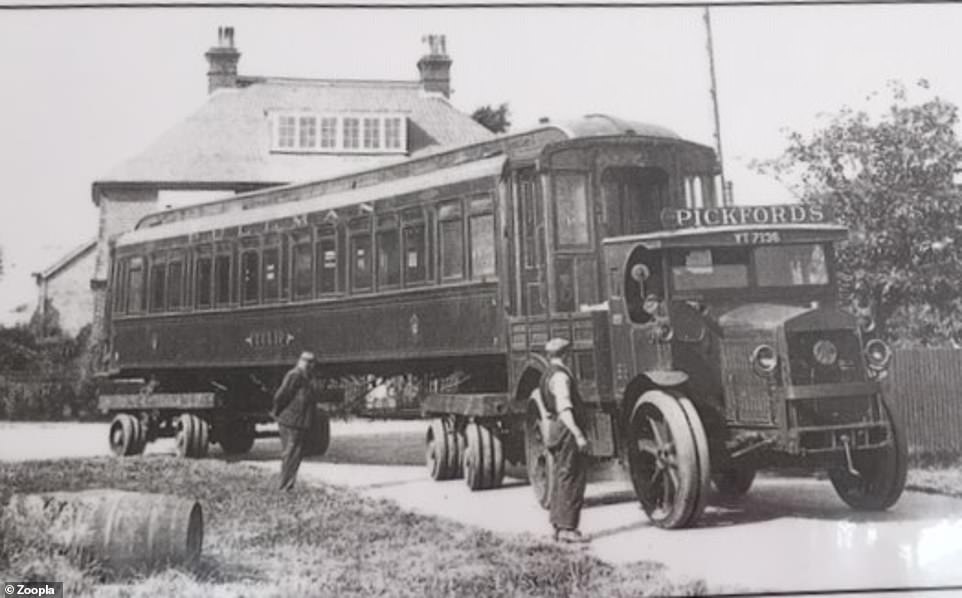 A piece of history: The carriage was built by Jackson and Share in 1897 in Delaware, America 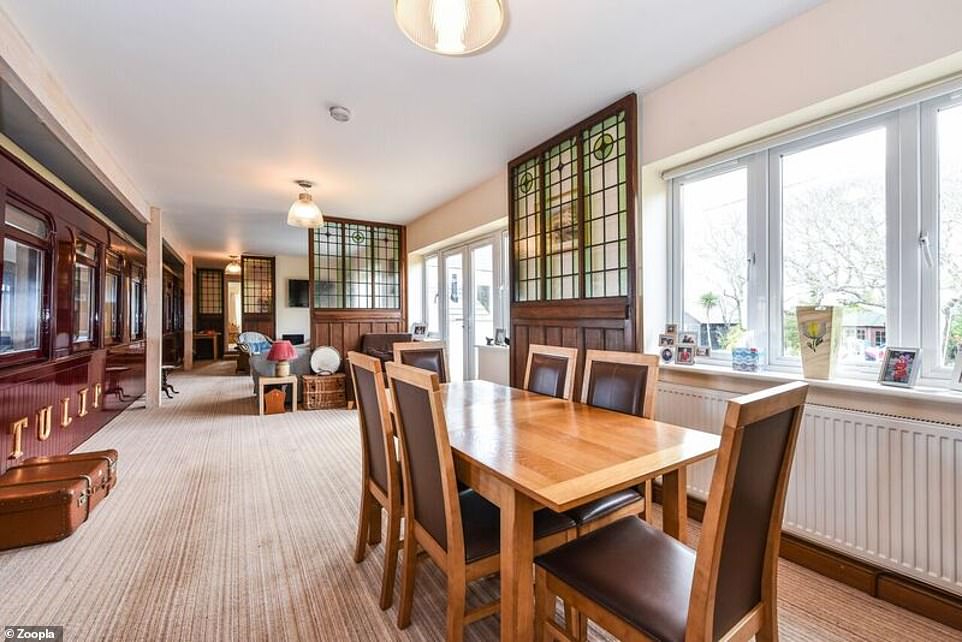 In the rest of the house, there is a family dining room which overlooks the garden at the rear of the property 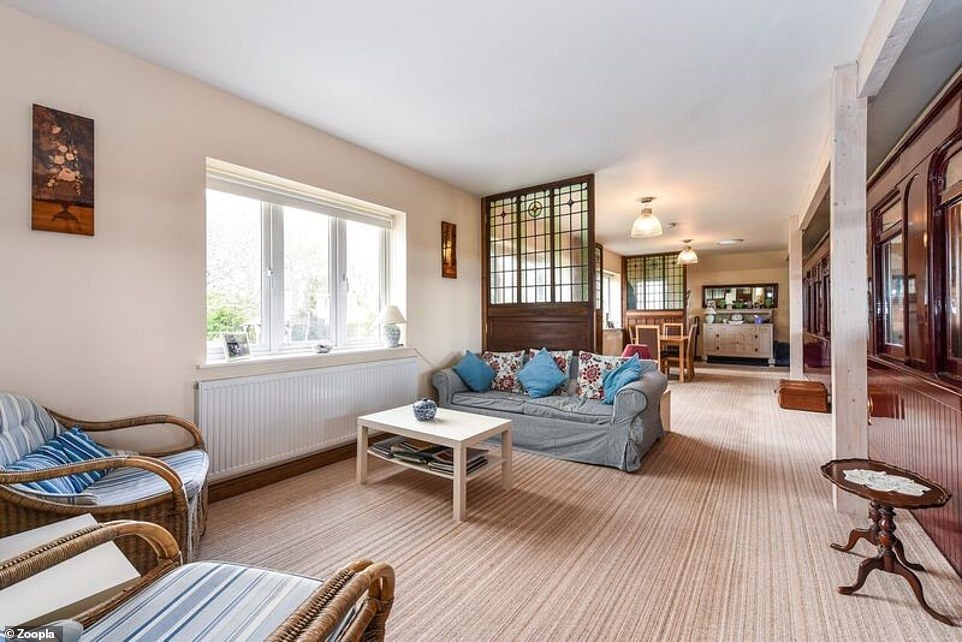 Spacious property: There is also a large sitting room that the railway carriage overlooks 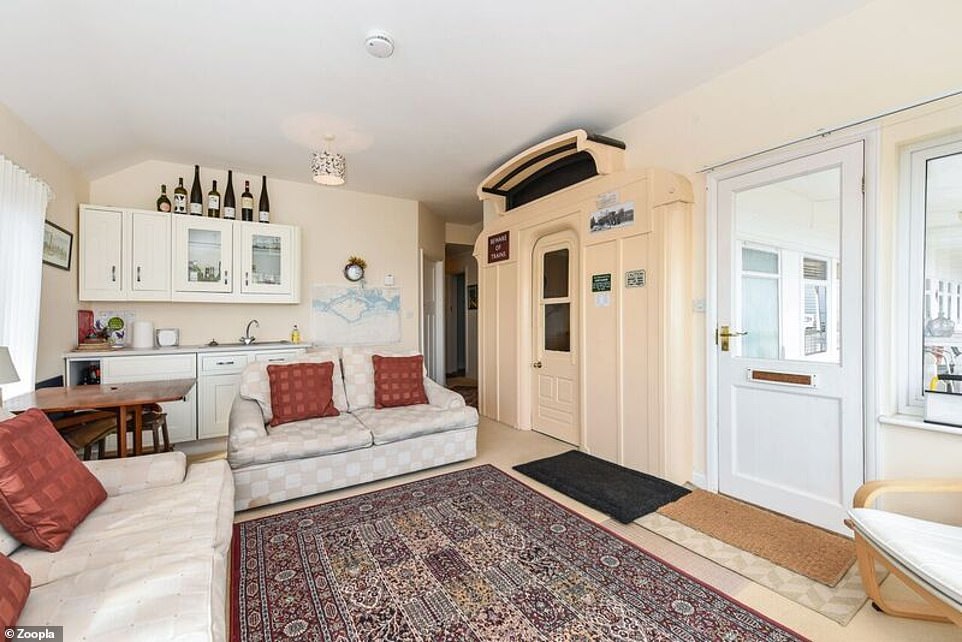 The carriage was built by Jackson and Share in 1897 in Delaware, America. It was commissioned by Folkestone Railway and is the only one that came to England, where it was in active service until 1914.

In 1930, it was sold and left neglected on the seafront until the current owner restored it and made it part of their home.

The carriage is at the front of the house and overlooks a veranda. On the other side of the carriage, at the back of the bungalow, is a siting room and dining room.

Elsewhere in the bungalow, there is also a kitchen – with the whole property spread across 2014 square feet. 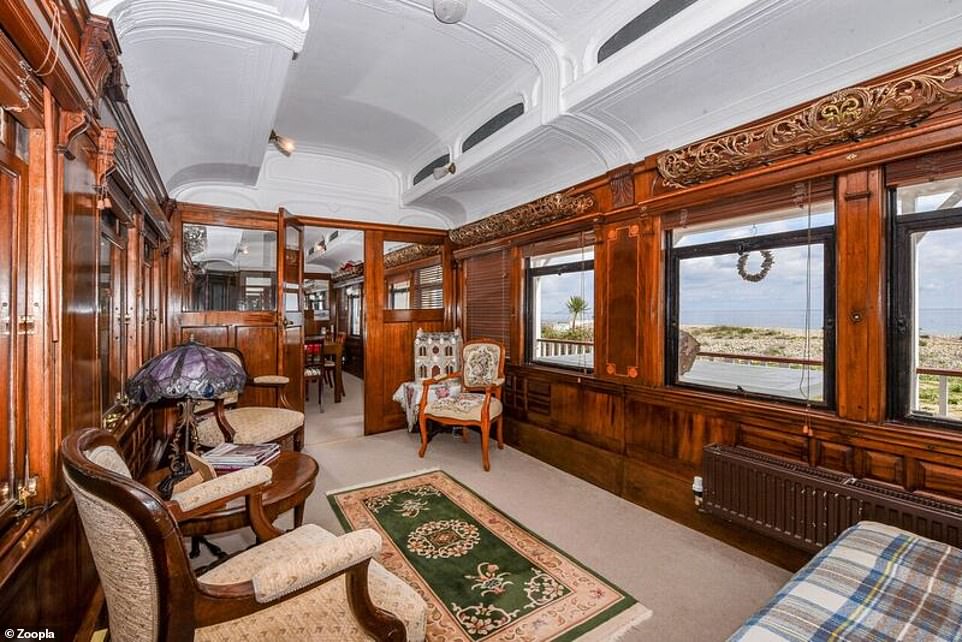 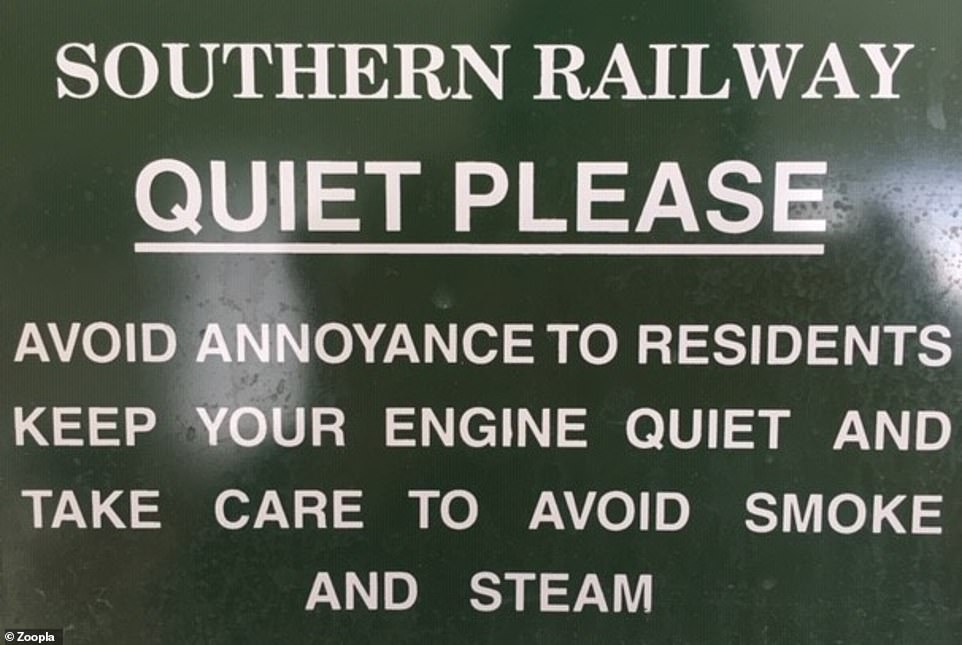 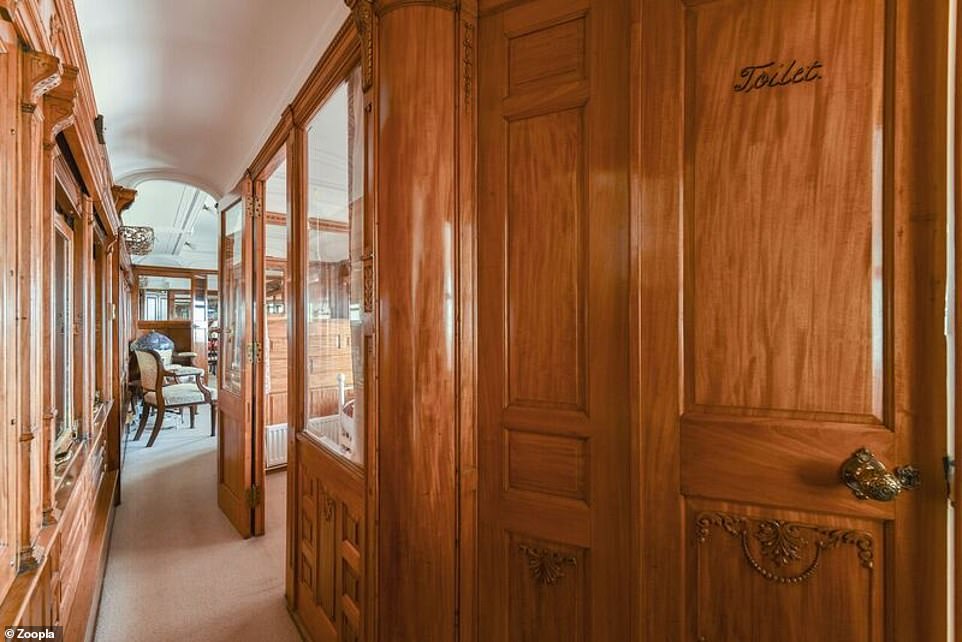 The different woods used for the panelling includes satinwood, mahogany and oak 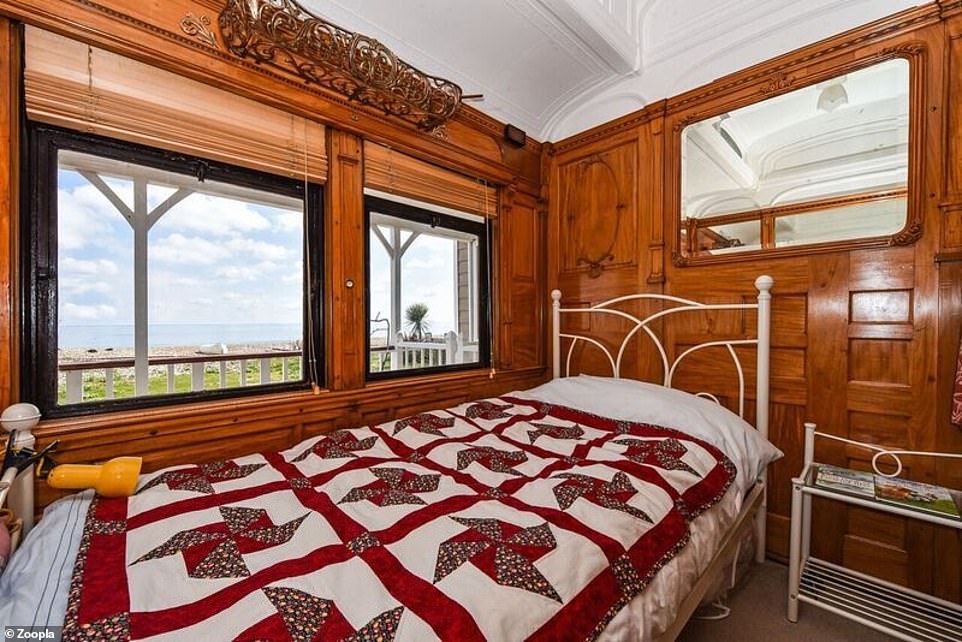 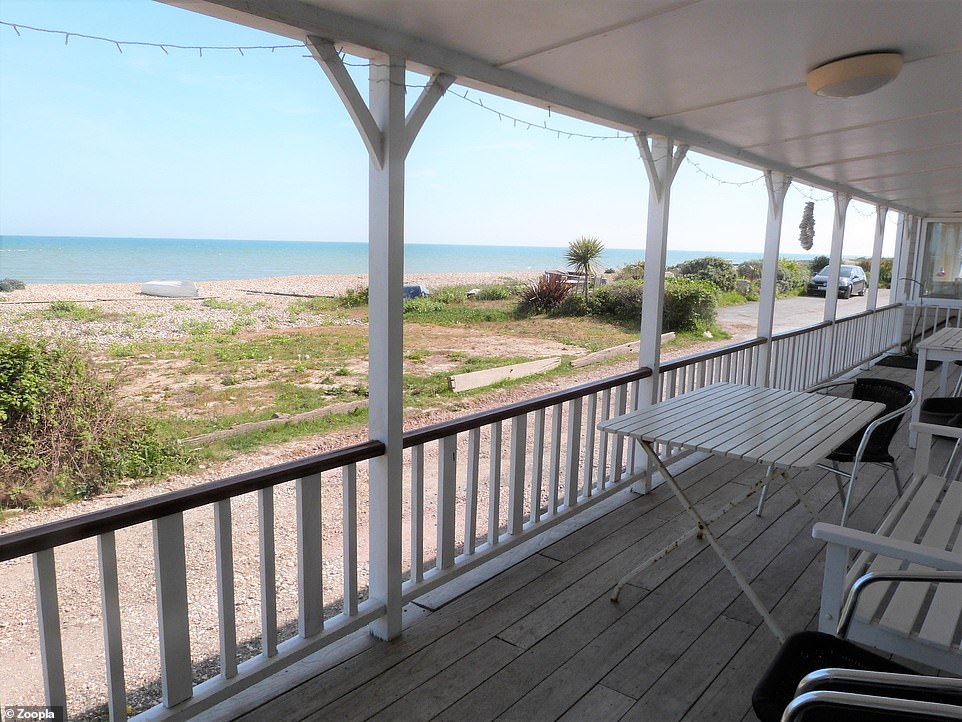 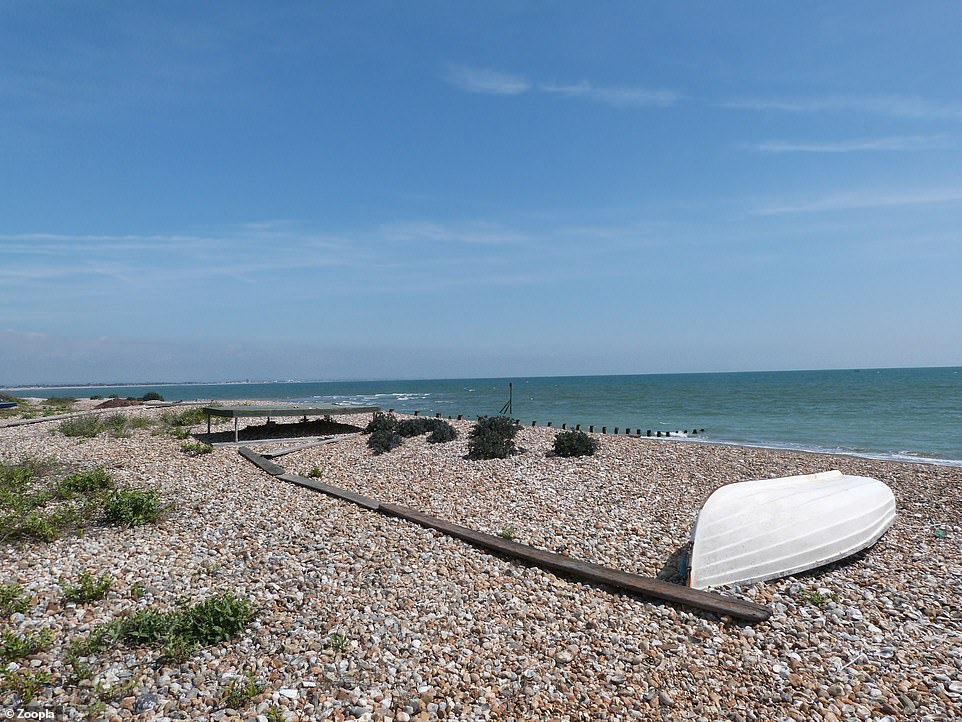 The house is eight miles south of Chichester, and is almost cut off from mainland Sussex by the sea

The unusual property boasts extensive views of the sea and comes with direct beach access.

It is situated in ‘The Parks’ area of Selsey, which is eight miles south of Chichester, and is almost cut off from mainland Sussex by the sea.

The B2145 is the only road in and out of the town crossing a bridge over the water inlet at Pagham Harbour – at a point known as ‘the ferry’.

The average price of a property in Selsey is £313,763, according to the property website Zoopla. It is marginally higher than the average for Britain at £309,156. 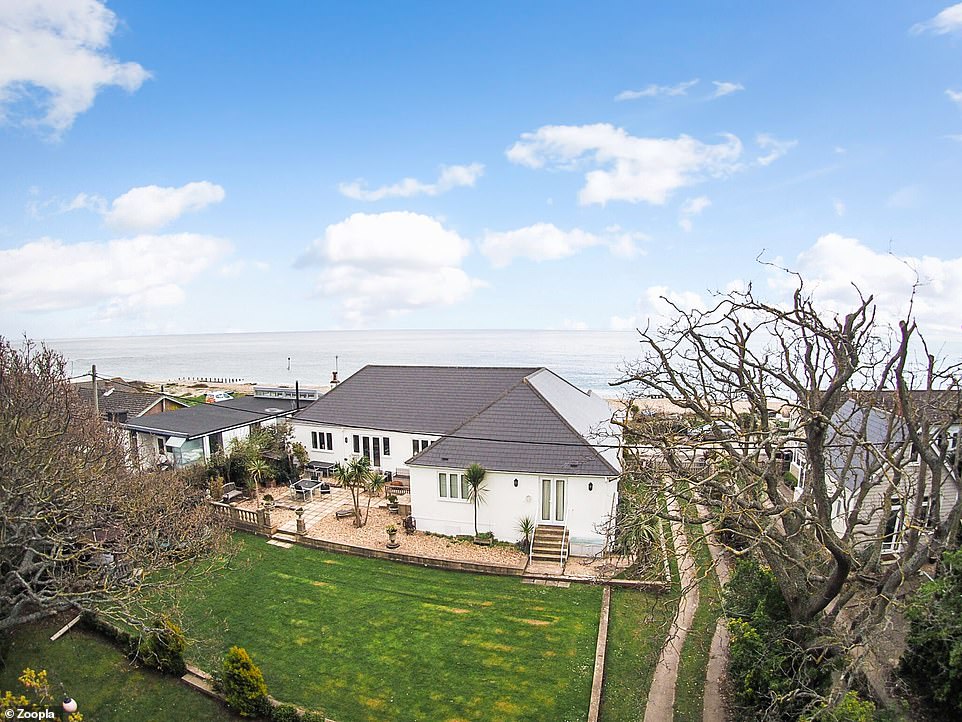 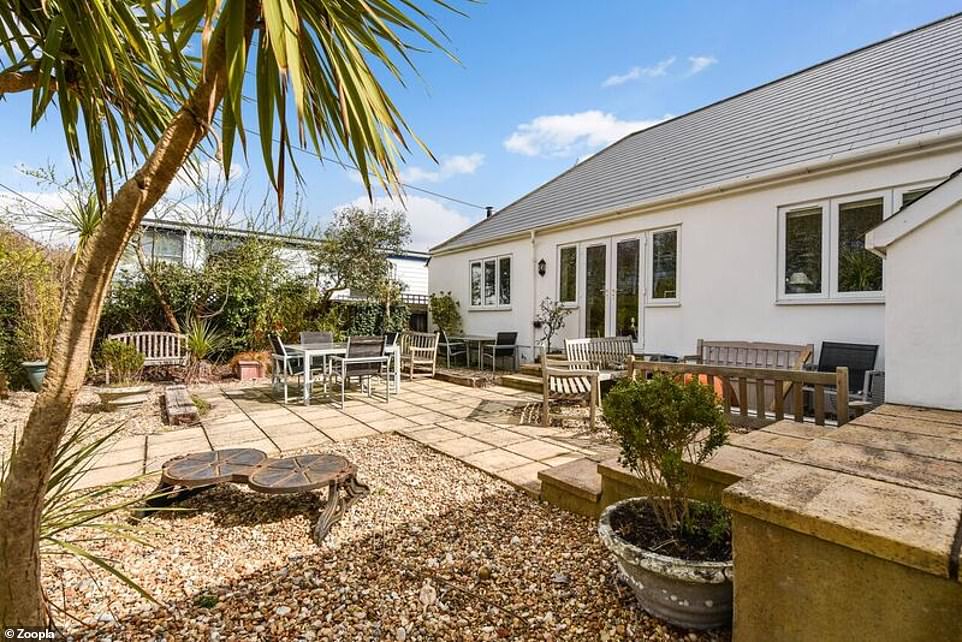 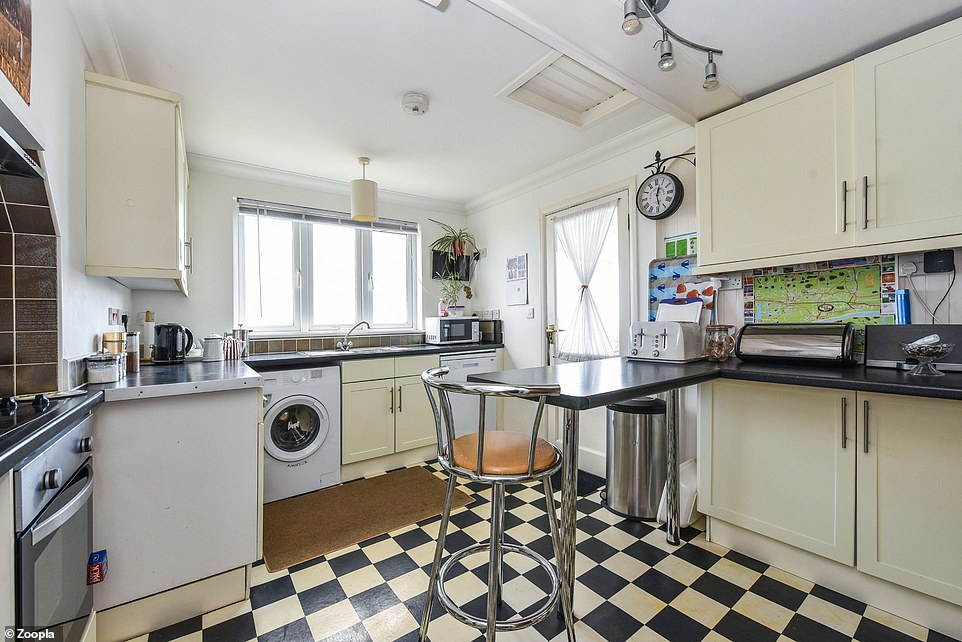 The main kitchen has white base and wall cupboards, along with a breakfast bar 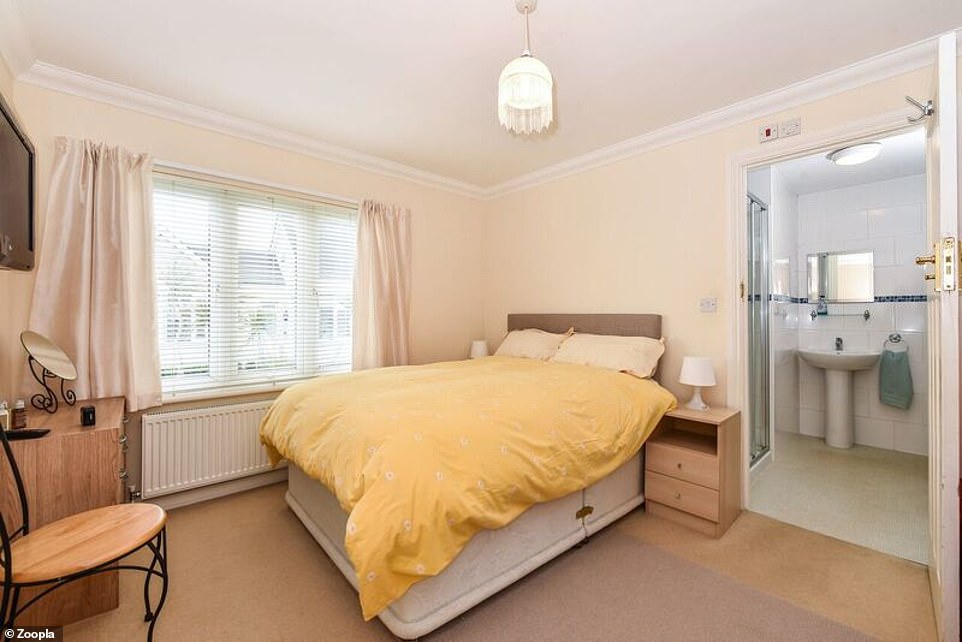 There are four bedrooms in the property, three of which come with en suites 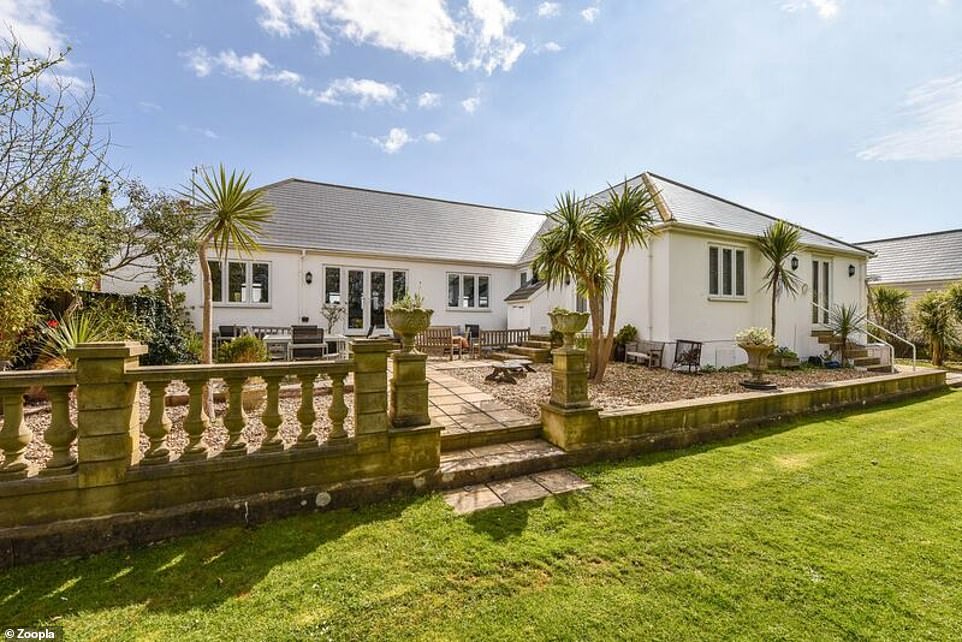 The property is for sale for £1.5million and is situated in ‘The Parks’ area of Selsey 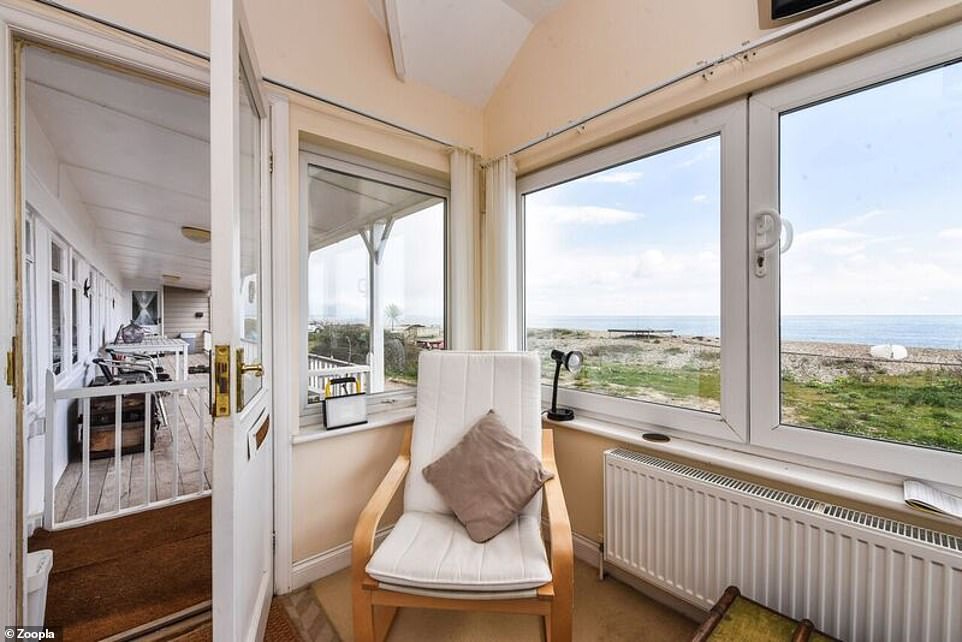 The unusual property has a front door next to the veranda, leading to a day room