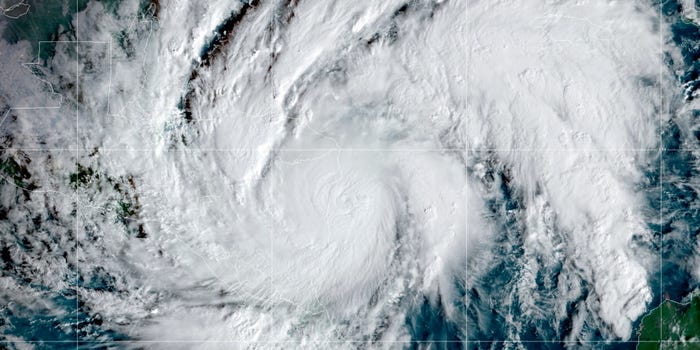 Amber Roberts, a TV reporter for local North Carolina station WJZY, narrowly avoided a collapsing bridge underneath her while reporting live on the historic flash floods gripping the western Carolinas on Thursday.

Standing on a bridge in Hiddenite, Alexander County, North Carolina, the news report and viral clip began by panning out to the sides of the bridge, showing the flash foods engulfing streets. As the bridge starts to collapse, she yells "Ok this is INCREDIBLY SCARY."

Roberts and her crew backed away to safety, and she is now being lauded for her courageous live reporting. At least 6 inches of rain have caused heavy flash flooding across North Carolina, leaving at least six dead and prompting over 100 calls for evacuation to local firefighters, officials said.

The heavy rains are linked to Tropical Storm Eta, the 28th tropical storm of the year, which has also devastated areas in Florida with high winds and flooding before heading inland, according to the Associated Press.