In 2009, Marco Ovando was working with a friend who threw parties in New York, hired to photograph the evening. The first season of “RuPaul’s Drag Race” had premiered, and the parties started to get appearances from the show’s contestants, who were popular in the gay nightlife scene and booked for appearances.

Today, Ovando is on the phone from Tampa, the latest stop on the Drive N’ Drag tour connected with the show. Ovando has been shooting the RuPaul’s stars for all 13 seasons, and has spent the past many years on the road with the contestants, documenting their rise to fame and the overall boom in popularity of drag across all areas of culture.

“Sometimes I feel like I am touring with Madonna,” Ovando says of his present life.

After 13 seasons and thousands of photographs, Ovando has put together and self-published a book, “The Dolls,” which has sold out through preorder and will be on shelves April 1 (copies are currently sold exclusively at tour stops, the final one of which is today in Los Angeles).

“The Dolls,” which gets its name from the nickname RuPaul stars Violet Chachki — the book’s cover star — and Aquaria call each other, features photos of around 65 “Drag Race” queens from all seasons, focusing heavily on 15 or so contestants that Ovando is close with. Aquaria, for instance, he’s known from the New York nightlife scene, when she was 18 and yet to be a contestant. 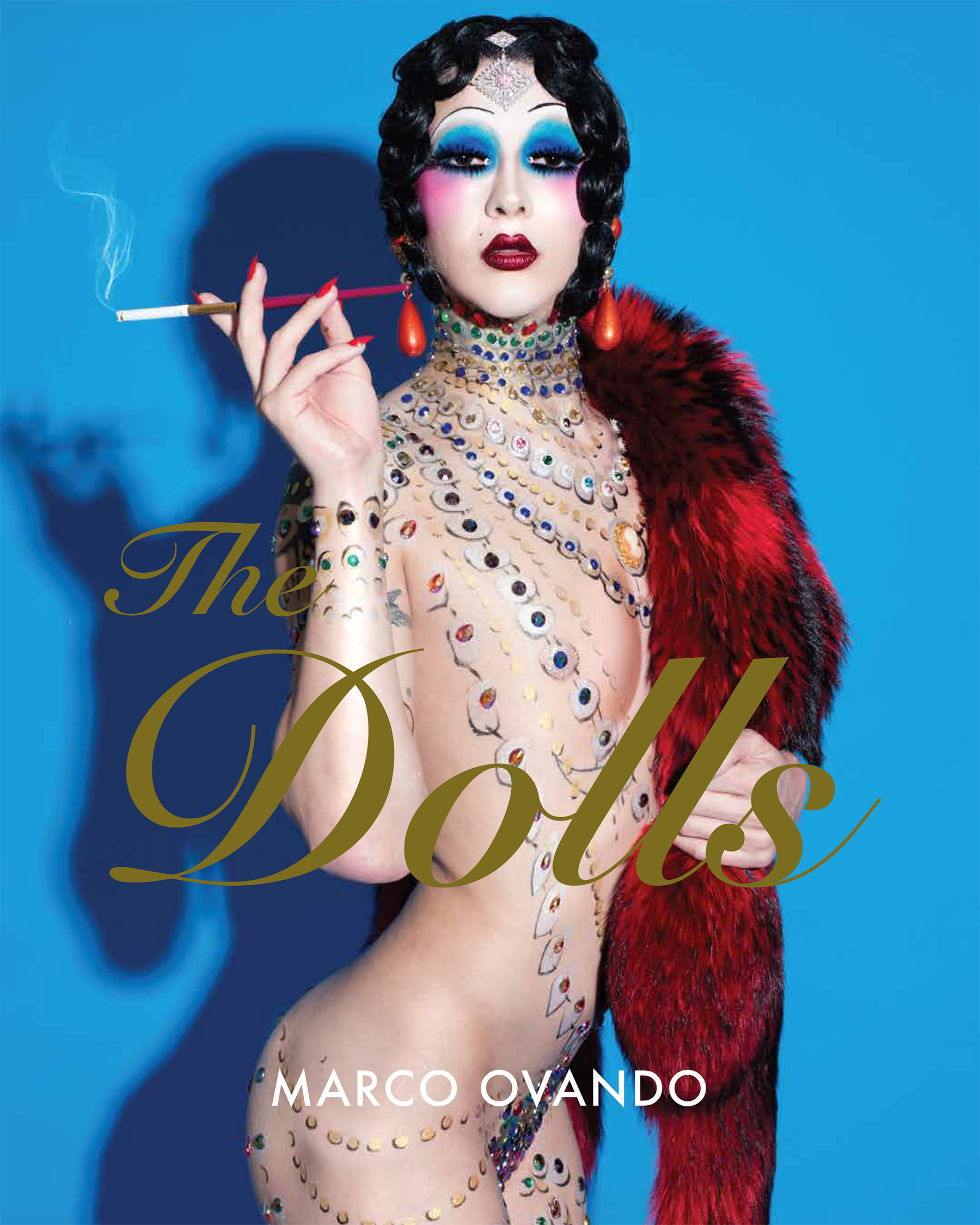 “I have so much stuff with these girls before ‘Drag Race,’ which is very interesting because you have seen the evolution that they have of how they started and how they are now,” Ovando says. “A lot of these girls, I work with them right before the cast is announced. And just seeing how they go through it, little things like the following, they can have like 3,000 followers and then the cast is announced that they just blow up to like hundreds of thousands to millions of followers. So it’s insane.”

One of the most meaningful things he has witnessed is seeing the rise of drag worldwide, and it’s growth outside of the queer community. He says he was surprised to learn while on tour that the biggest fan base is teenage girls.

“You think gay guys are obsessed with the show, which we are, but then when we go to these shows, these full stadiums, it’s insane the amount of young girls,” he says. “And that’s when I’m like, ‘OK, this is something bigger than any of us can ever think about,’ because it definitely has become such a thing in any part in the world — anywhere I’ve been, they all know ‘Drag Race,’ they all watch the show. I’m from Guatemala, my parents were even aware of it.”

“When they would appear at parties, people would be crazy. They wanted to have a photo with them and everything, but it was more relaxed. Of course, gay guys are the ones who actually made the show famous,” Ovando continues. “But then now I have been in DragCon, and literally the fans will line up for four or five hours just to get a photo with their favorite Drag Racer.” 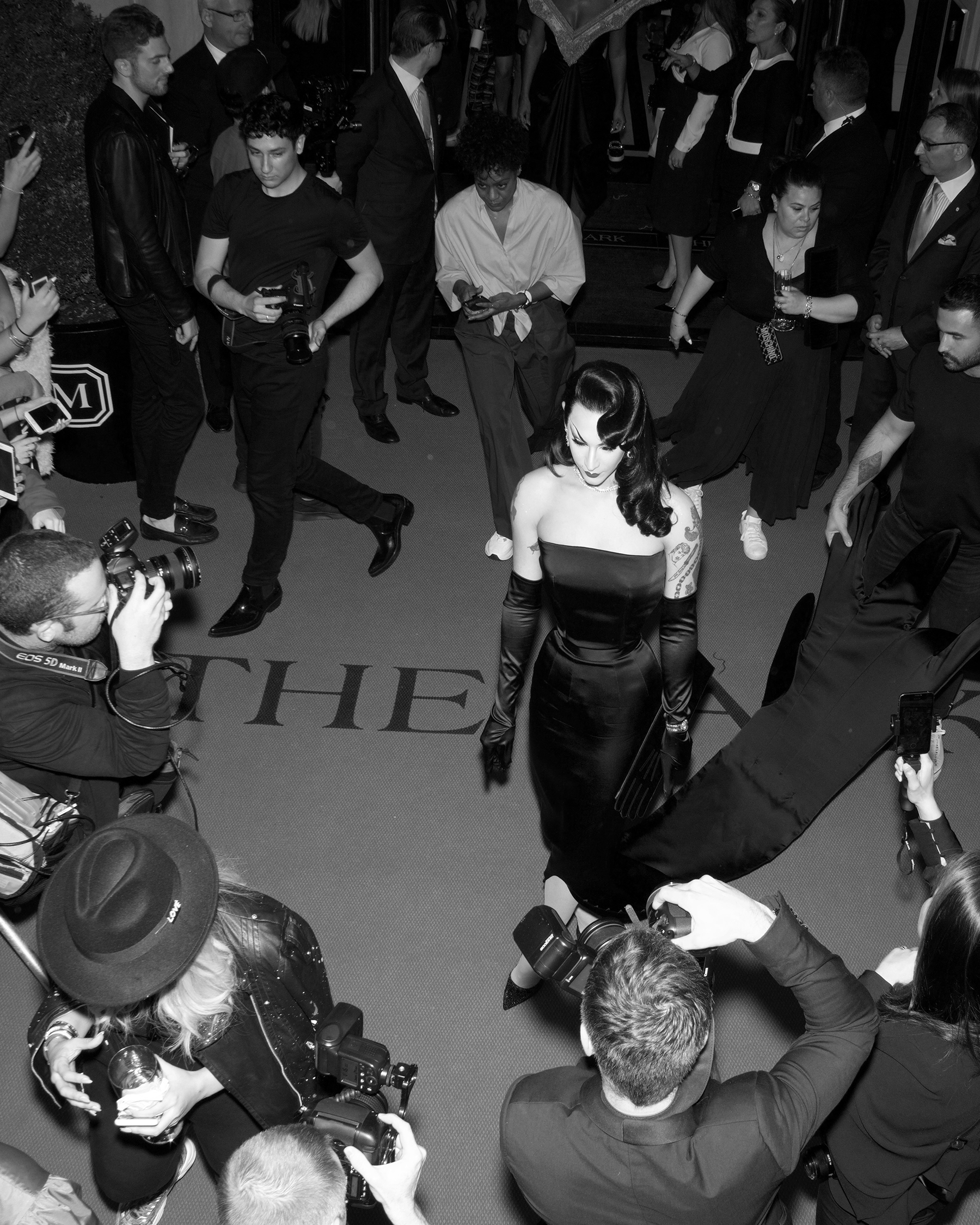 Violet Chachki attending the Met Ball, from “The Dolls” by Marco Ovando. Courtesy of Marco Ovando

It’s hard for him to choose a favorite image, but it might just be one that shows the reach of Drag Race, taken of Aquaria and Madonna’s daughter Lourdes Leon on a night out.

“Aquaria was dressed as Madonna, and then that night, Lourdes happened to be there and I actually have a photo of them together,” he says. “Lourdes is a huge ‘Drag Race’ fan. She’s like a little fangirl when I introduce her to Violet. So having that photo in the book is something that shows you how.…I don’t know. That’s probably one of my most iconic images.” 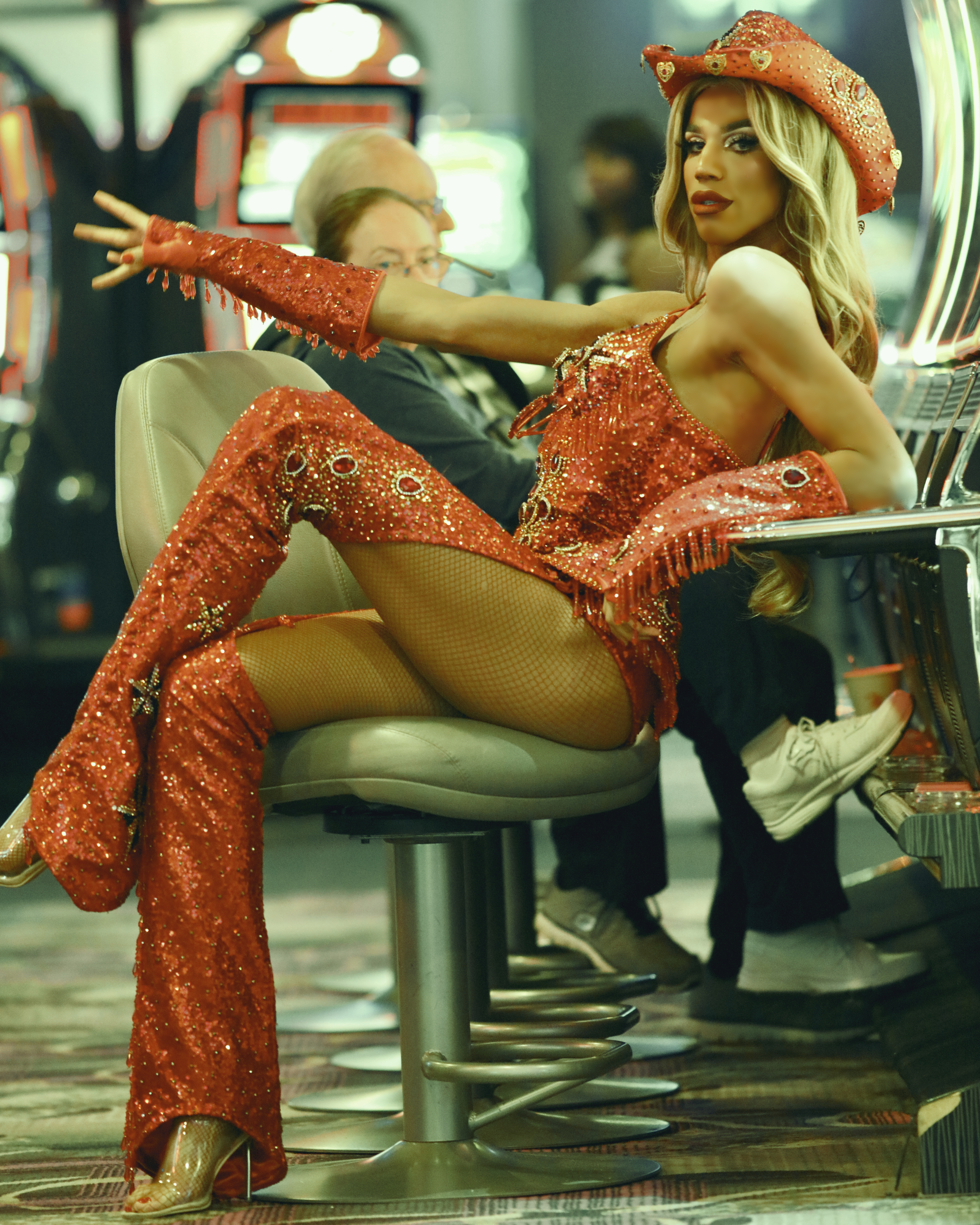 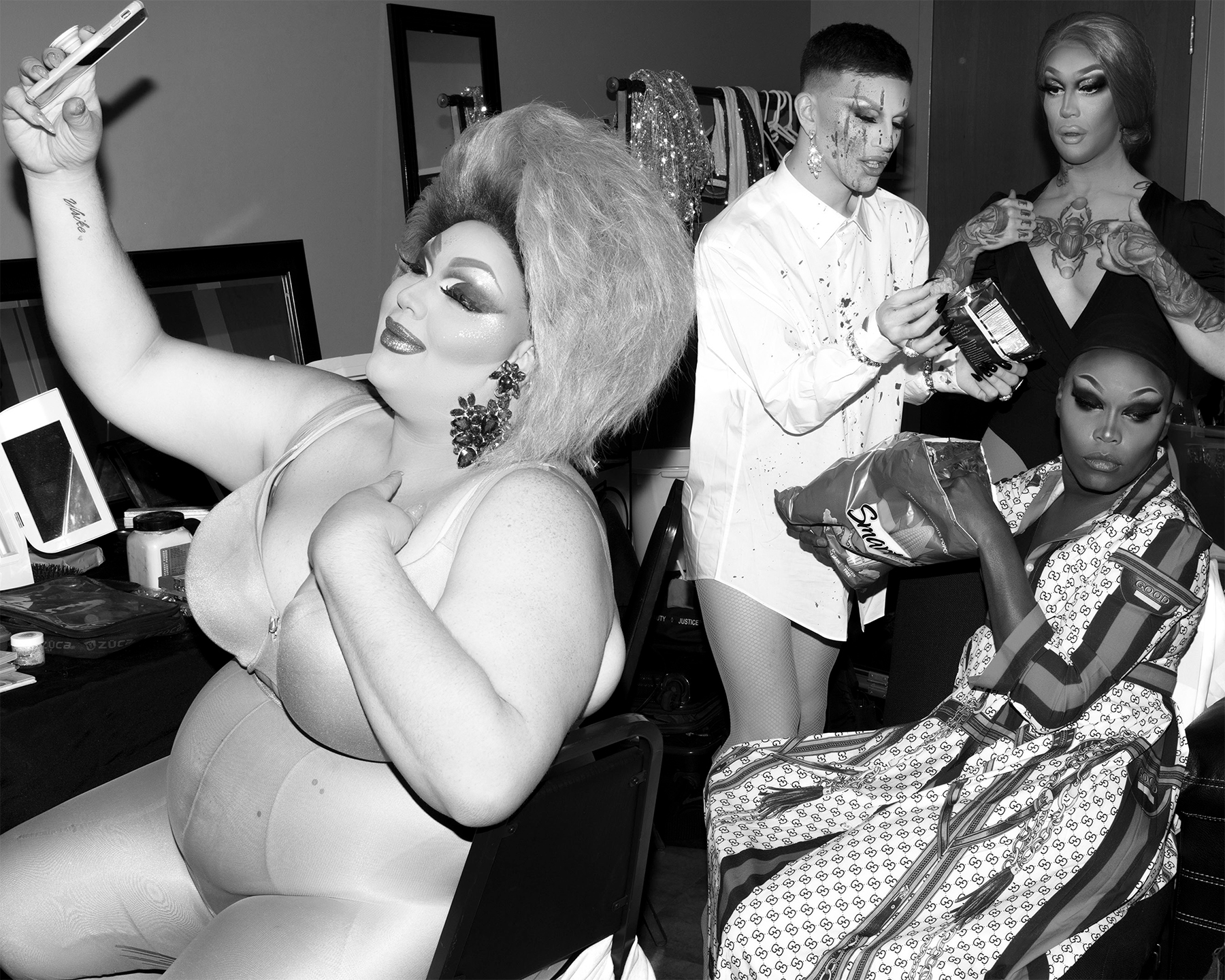 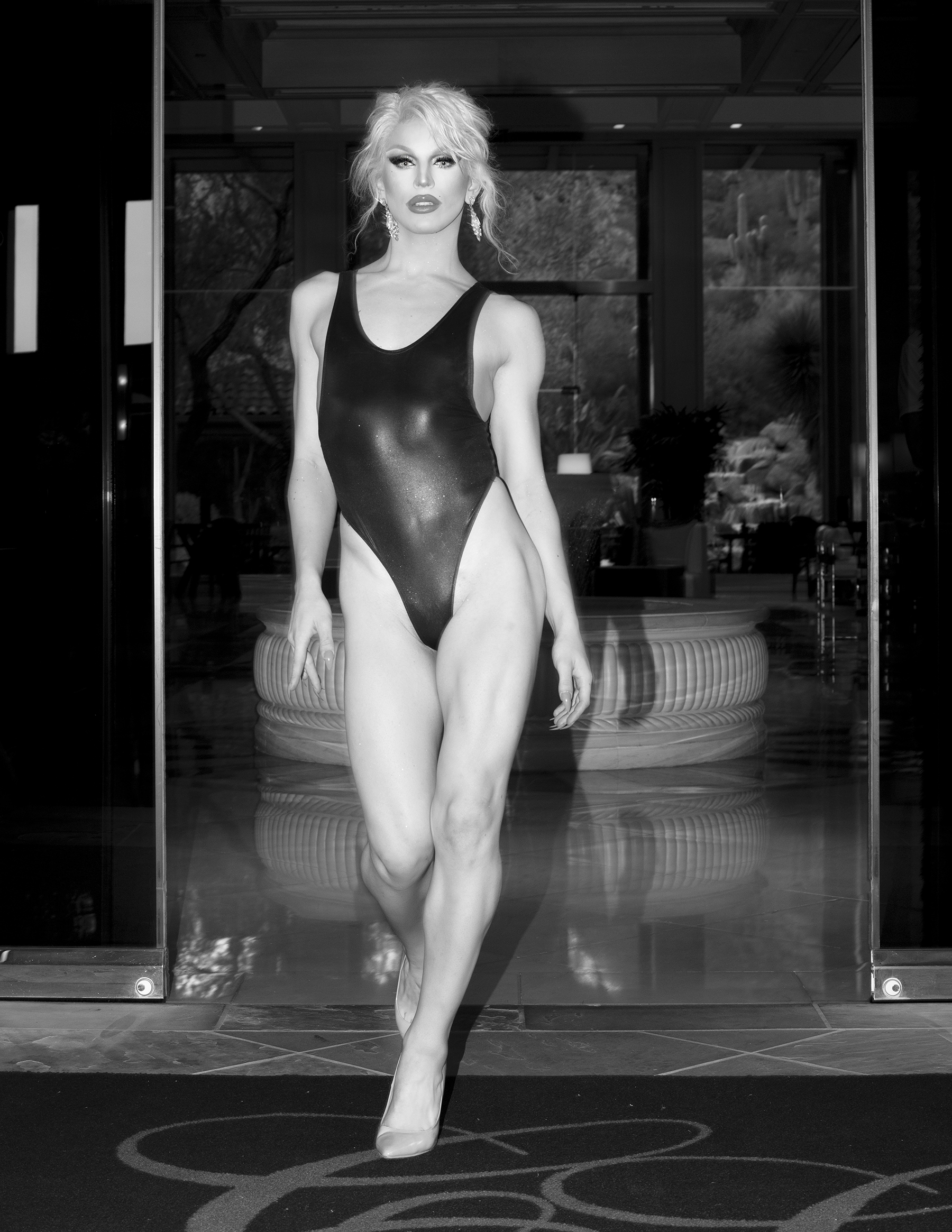 More from the Eye:

Soleil Moon Frye Revisits the Past in ‘Kid 90’

Breaking Down Lady Gaga’s Method Approach to ‘House of Gucci’