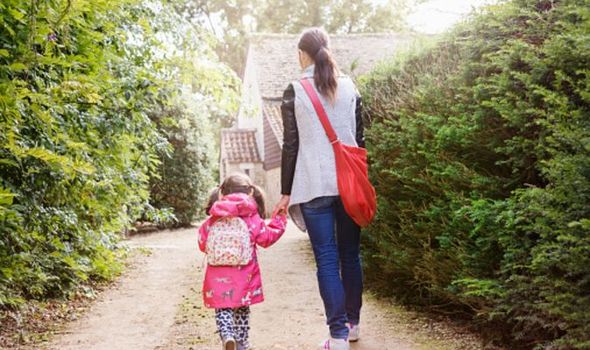 A study of 2,000 adults found they each typically stroll 6,839 steps a day – amounting to 2,496,235-a-year. This is approximately 1,182 miles each year or 74,462 miles over the average lifetime. It also emerged that as well as simply walking to get from A to B, those steps will also include two leisurely strolls and another two walks for exercise each week.

Despite this, the average adult only manages the recommended 10,000 steps-a-day three times-a-week.

The study was commissioned by Ordnance Survey, ahead of National Get Outside Day on Sunday September 27, after it saw a record number of people interested in exploring their local areas since the start of the pandemic.

It also revealed the top reasons to go for a stroll included getting fresh air (58 percent), for peace and quiet (17 percent) and simply to get outside (54 percent).

And a third use it as an opportunity to clear their head.

OS managing director for Leisure, Nick Giles, said: “It’s surprising to see just how far you walk. It might not seem like much at the time, but when you add it up, it can mean you cover off quite a few miles without even realising.

“And it’s really interesting to discover the reasons why people go for a stroll and where they like to explore. 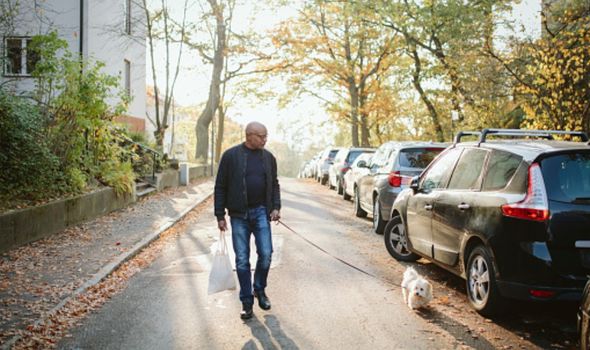 “We’re lucky that Great Britain is filled with inspiring walking routes and scenic paths, as well as local parks for those wanting to stay closer to home.

“While recent months have been challenging for everyone, it has been fascinating to witness such a thirst for open spaces in a pattern which was repeated across every town and city in the country.”

The study also found the top destinations to walk are by the beach (21 percent), in a forest (18 percent) and a park (16 percent).

But almost two thirds of adults have visited somewhere purely for a walk, such as a national park or seaside town and 19 percent have been on a walking holiday.

More than half (51 percent) also claimed they are more likely to walk somewhere local than further afield though, with more than a quarter wishing there were more walking routes in their area.

And 30 percent would like to explore more of the best trails in the UK.

It also emerged that a third opt for their own company when walking, although one in eight admitted they lack confidence to go on a solo stroll.

More than half even blamed the unpredictable British weather for holding them back from walking more often.

The study revealed 47 percent of people feel refreshed after a walk while 34 percent are happy and 43 percent have a sense of calmness.

And two fifths of those polled via OnePoll even said walking is one of their regular forms of exercise.

But dog owners typically go on eight walks a week with their pooch, with almost a quarter of non-dog owners admitting that having a four-legged friend would motivate them to go for a stroll more often.

Nick Giles added: “In response to the pandemic, our digital mapping tool OS Maps saw a 78 percent increase in people using it during the initial lockdown period compared to the same timeframe in 2019.

“There have been huge rises across the board in people searching our map layers for National Parks, local green spaces and the National Cycle Network.

“You don’t always need the expensive kit. A good map will help you to discover what is on your doorstep and what is further afield.

“The more we can help people to get outside more often, the fitter, healthier and more resilient we as a nation will be.”