Home » Lifestyle » Agonising cost of no hugs in hospital

DR MAX PEMBERTON: Agonising cost of no hugs in hospital (and worst of all, it may last for another year)

There’s one thing I wish I could prescribe my patients. It’s not an expensive pill or a cutting-edge treatment. It’s simply a hug. Often what people need most is human contact, particularly when they’re unwell. Hugging someone, holding their hand or even a kind touch of their arm when they are upset can be the best medicine.

Yet on NHS wards up and down the country, sick people still aren’t able to be comforted by their nearest and dearest. All visitors are banned (except in special circumstances, such as when someone is dying) to reduce the risk of introducing Covid to wards.

Even the Queen has been unable to visit Prince Philip, 99, who having been admitted as a ‘precautionary’ measure on February 16 and then undergoing heart surgery, has now been in hospital for almost a month.

If you’re only in for a day or two, not seeing friends and family isn’t so bad. But for some patients with complex problems it can mean not seeing people for far longer. 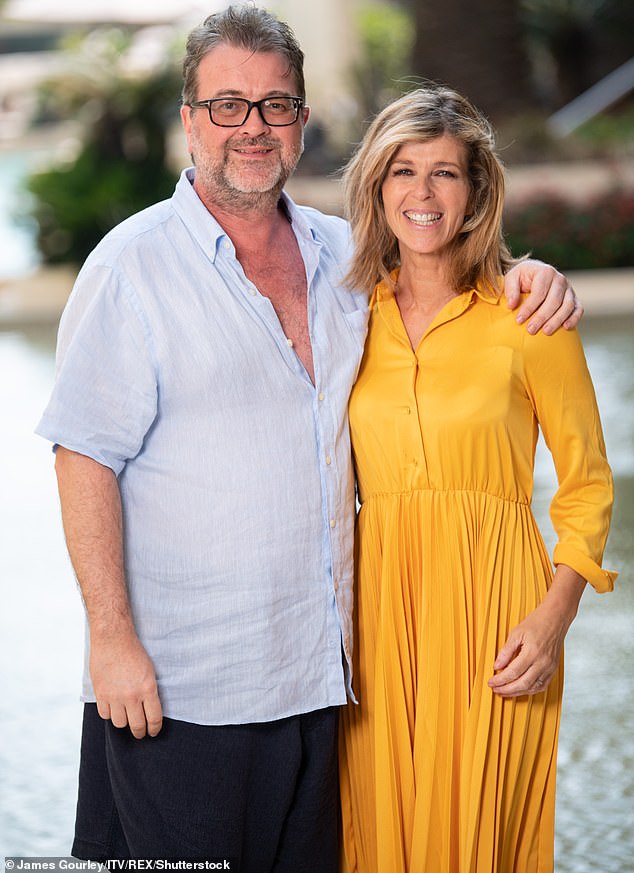 Kate Garraway who is unable to visit her husband Derek Draper, 53, while in intensive care, reassured his doctor that the public understands the reason behind the ban. Pictured: Derek Draper and wife, TV’s Kate Garraway, in 2019

In an interview with an intensive care unit doctor last week, TV presenter Kate Garraway spoke about not being able to visit her 53-year-old husband, Derek Draper, who is still in intensive care.

Derek was admitted to hospital a year ago, and although he no longer has coronavirus, his body was completely ravaged by the disease.

Kate and their two children have no idea when, or if, he will be able to return home and Kate has not been able to see him since Christmas.

The doctor said how guilty he felt at enforcing the ban and although Kate tried to reassure him that the public understood the reasons behind it and appreciated the difficulties faced by NHS staff, I do know what he means as I feel guilty, too, having to enforce this on the psychiatric ward where I work.

And it’s unlikely to get better any time soon.

The Royal College of Physicians warned last week that people probably won’t be able to visit loved ones in hospital ‘well into next year’, despite falling numbers of coronavirus cases and the success of the vaccination rollout.

Of course, I totally understand the reasons behind this.

It’s also difficult to maintain social distancing on wards when there are visitors. So it definitely makes complete sense.

But it’s also important to acknowledge that this comes with a range of consequences. Scared, frightened, lonely patients are having to cope on their own.

You can’t underestimate the great effects that seeing a loved-one can have on someone who is a patient in hospital. 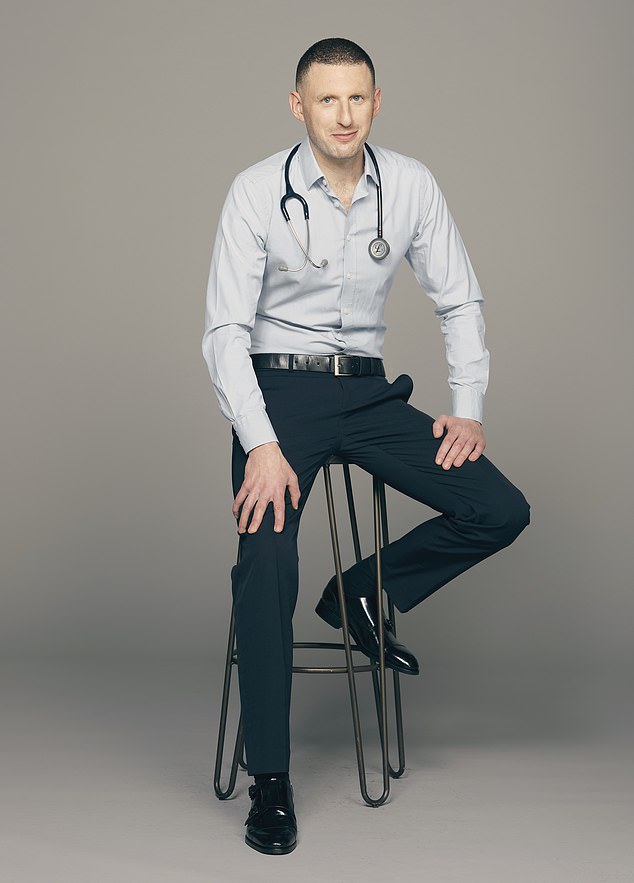 Dr Max (pictured) said a young man with schizophrenia flung his arms around him while sobbing on his shoulder, after the ban prevented him from seeing any of his family for months

I used to see this happen all the time, especially when I worked in geriatrics, where patients tend to be admitted to hospital for a much longer period of time. After being visited, patients would seem much brighter and they’d be sitting up in bed. It was very much a tonic, but now all of this has gone.

It’s not just on medical wards. In psychiatric wards as well, people with acute mental health problems can’t have any visitiors over either.

Many of them are in hospital after suicide attempts or are psychotic. They are often incredibly distressed and yet they can’t be comforted by those who are closest to them.

A few weeks ago I was taking blood from a young man with schizophrenia who was very unwell after he stopped taking his medication. He had become paranoid and tried to cut his wrists, and during that process, had severed a tendon which then needed surgery before he was able to be transferred over to our ward.

He was now no longer psychotic but very depressed. He was sitting in the clinic room, clearly very upset and low.

As I knelt down he spontaneously flung his arms round me while he sobbed on my shoulder. It was utterly heartbreaking.

It should have been his mum or dad he was doing this to, but because of the no visitor rule he hadn’t seen any of his family members for months.

It really is awful. It feels incredibly cruel having to tell loved ones they can’t come to the wards as visitors.

One friend who is a nurse on a dementia ward was in floods of tears after helping a confused elderly man video call his wife.

He didn’t understand why she hadn’t come to see him and kept asking her if she still loved him and when he was going home.

Over the past year there’s been lots of sad and awful things because of this virus and this is just yet another one, but the alternative — that wards of patients are put at risk — is far worse.

I hope Kate Garraway is right and that the public do understand why we are so strict.

That doesn’t take away though how uncomfortable and guilty staff are feeling when enforcing the no-visitor rule.

We know that while we are doing our very best to care for our patients, it’s no substitute for a hug from someone who loves you.

Why half my colleagues are struggling

More than half of health and social care workers are suffering psychiatric disorders because of the pandemic, according to research conducted by UCL and published this week. Fear of catching the virus and the initial lack of PPE are thought to be contributing factors.

I also wonder if it’s down to the sudden and dramatic changes in their working patterns.

I remember, myself, feeling very disconcerted and stressed when, one Monday morning just before the first lockdown, we were all ushered into a meeting room and told our jobs were changing. There and then we were all redeployed across the entire trust — many of us doing jobs we’d never done before and didn’t feel confident in, and working with people we didn’t know, often in different areas. Everything was suddenly thrown up in the air. Not only was it scary because of the virus, as many of us were put on wards with Covid patients, but our routine and structure were suddenly taken away. It was undeniably stressful and while most of us adapted, there were some colleagues who really struggled.

I think that might have made things worse. Some black colleagues have told me they worry they are ‘human guinea pigs’. A colour-blind approach helps allay any mistrust. 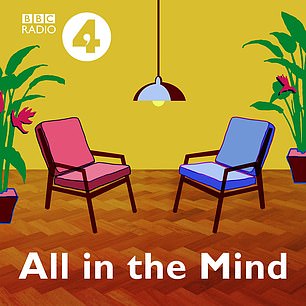 Claudia Hammond presents BBC podcast All In The Mind

The insightful and award-winning BBC podcast All In The Mind is about the magic and different challenges of the human mind. Subjects include brain health in later life, lockdown easing and mental health — issues we would all benefit from learning about. It’s presented by broadcaster Claudia Hammond and there are more than 200 episodes available.