ALDI has brought back its two-metre long pig in blanket "to help dinner guests to socially distance this Christmas".

The giant bacon-wrapped banger costs £4.99 and comes coiled up so it can easily fit both in the oven and on your table as a Christmas dinner centrepiece. 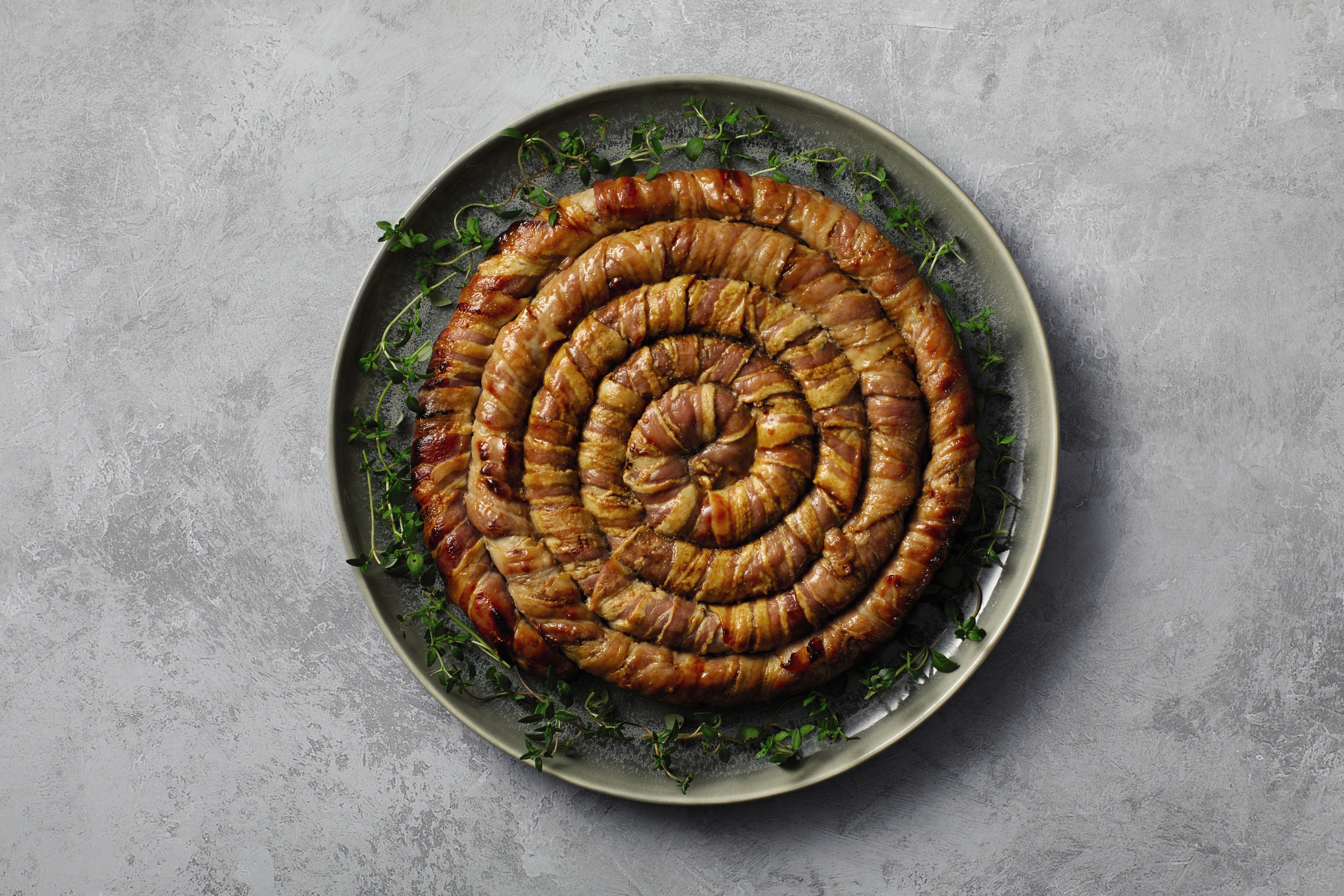 The British pork showstopper is available from today in all Aldi stores.

It's not the first time Aldi has sold the massive banger.

It was also on shelves last year. It cost the same but weighed less – just 750g. This year the giant sausage weighs 850g.

You can also get far more for your money with this two-metre sausage compared to either Aldi's Luxury Chipolatas Wrapped in Bacon costing £2.49 or Selected Giant Pigs in Blankets for £ 2.99.

The giant pigs in blankets will also cost you more at £7.87 per kg so you can save £2 if you buy the two-metre banger.

The products comes as part of Aldi's pigs in blanket Christmas range, which include several other creative takes on the festive classic.

HERE’s a look at all the creative takes on the Chirstmas classic from Aldi this year.

Aldi was unable to provide information on calories for each product.

The supermarket is not the only grocery giant offering unique takes on the Christmas dinner classic.

Asda is offering pigs in blankets laced with the Carolina Reaper – one of the world’s hottest chillies costing £2.75 for £216g so £12.73 per kg.

Meanwhile, Tesco is selling a four-pack of giant bacon-wrapped porkers for £2 for a 274g pack of ten, meaning you pay £7.30 per kg.

Morrison's has brought out some cheesy pigs in blankets – pork sausages enriched with Red Leicester and wrapped in dry cured, smoked streaky bacon for £3 per 210g or £14.29 per kg.

So you still get the better deal with Aldi's two-metre banger at just £5.87 per kg.

It comes after the retailer announced it would be delivering full Christmas dinners to people's doors for just £5.

The supermarket's Christmas offering also includes a new range of gastro food that's half the price of M&S.

Aldi has also released its Christmas advert 2020, which showed Kevin the Carrot battling to get home.