Home » Lifestyle » All the Moments in Ma That Made Me Say "What the F*ck?," Ranked 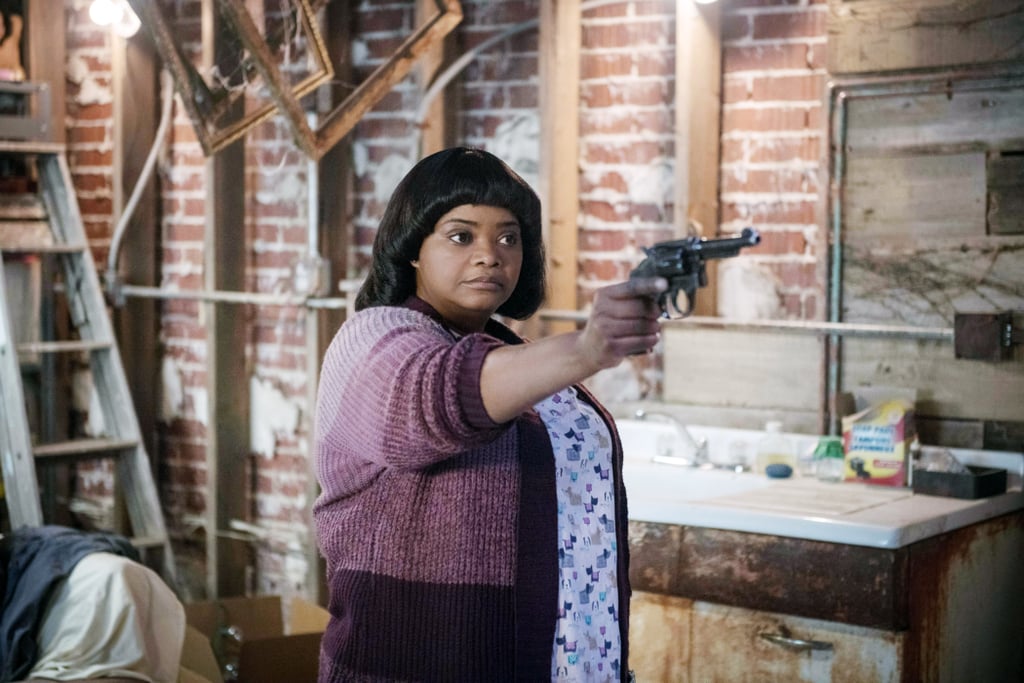 Sue Anne Forcing a Teenager to Strip Naked at Gunpoint

Oscar winner Octavia Spencer is taking a break from prestige dramas like The Shape of Water and Hidden Figures to give haunting your nightmares a try in Ma, Blumhouse’s latest thriller. Without spoiling anything for you right here, I can confirm that Spencer really, um, goes for it as the titular “Ma,” terrorizing a group of young high school students whom she forms a friendship with after buying them alcohol in a tiny backwoods town.

To be frank, this movie is batsh*t crazy in a deeply entertaining (and hilarious) way. It’s so wildly ridiculous at points that it veers straight into camp territory, causing not only myself but also everyone in my row at the theater where I saw it to burst out into stunned, uproarious laughter. And Spencer? Well, she commits, y’all. Despite wearing a deeply unfortunate set of baggy pink scrubs and a purple ombré sweater for most of the film, she looks like she was clearly having fun. A LOT of fun.

Ma repeatedly tells the teens she meets that they can’t let her “drink alone,” which is coincidental, considering you’ll need at least . . . oh . . . I don’t know . . . 10 to 20 drinks (for just yourself) after seeing this movie. In honor of its unabashed messiness, let’s break down the craziest, goriest, and most “what the actual f*ck did I just watch” moments of the horror film, ahead. Just be warned: plenty of spoilers to follow.