Ascension Day is the colloquial name for the Solemnity of the Ascension of the Lord or The Feast of the Ascension of Jesus Christ. The day commemorates the moment Jesus ascended into heaven 40 days after Easter to sit at his Father’s right hand. His departure from Earth was watched by his disciples in Jerusalem who had spent the period after his resurrection being prepared for his departure. Acts: 1:1-11 has a detailed account of Jesus’ farewell to the apostles.

The passage states: “Then they gathered around him and asked him, ‘Lord, are you at this time going to restore the kingdom to Israel?’

“‘He said to them: ‘It is not for you to know the times or dates the Father has set by his own authority.

“‘But you will receive power when the Holy Spirit comes on you; and you will be my witnesses in Jerusalem, and in all Judea and Samaria, and to the ends of the earth.’

“After he said this, he was taken up before their very eyes, and a cloud hid him from their sight.” 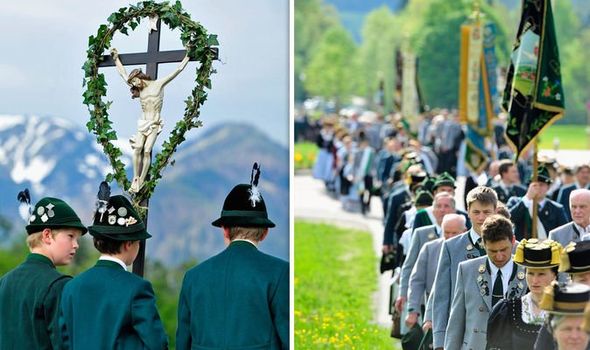 When is Ascension Day?

Christians mark the celebration 40 days after Easter Sunday, on the sixth Thursday after Easter, hence why the day is also called Holy Thursday.

The date is moveable because the dates of Easter change every year.

Ascension Day can, therefore, take place as early as April 30 and as late as June 3 in western Christianity. 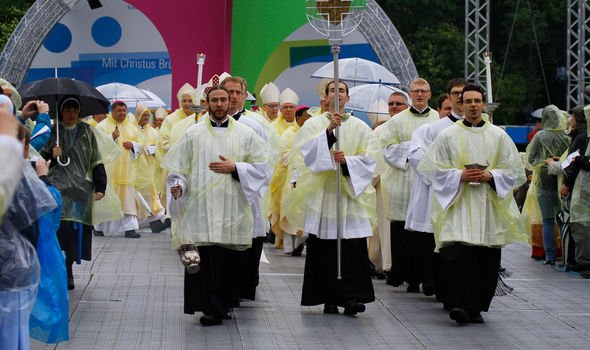 The Eastern Orthodox Church celebrates Easter at a different time of year as it observes the Julian calendar rather than the Gregorian calendar.

So by its calculations, Ascension Day can fall anywhere between May 13 and June 16 (based on the western calendar).

This year’s Holy Thursday falls on May 30 and will be observed by many Christians around the world.

Where is Ascension Day celebrated?

Ascension Day is not one of the major feast days for Christians but Catholics are obliged to attend Mass as it is regarded as a Holy day of Obligation.

Consequently, many churches have moved the celebration to a Sunday to encourage more worshippers to visit church. 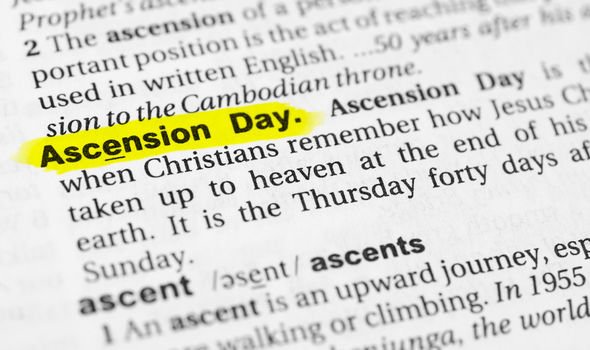 Ascension Day is not a public holiday in the UK, Canada, the USA or Australia.

But it is a public holiday in France, Germany, Austria, Belgium, Finland, Indonesia, Luxembourg, The Netherlands, Norway, Sweden and Vanuatu.

In Portugal, people honour the feast by making wishes for peace and prosperity, making symbolic offerings to God made out of olive and wheat.

Some Germans still carry out the tradition of making processions into fields carrying religious banners.