On Sunday morning, Mike Nguyen got a text alerting him that his Texas restaurant was spray-painted in red with racist messages. When he arrived at Noodle Tree in San Antonio, he told CBS News, he felt “hurt.”

“When you see pictures is one thing, but when I actually walked to the restaurant, physically saw with my own eyes, I was enraged,” Nguyen said Monday. “I was upset.” 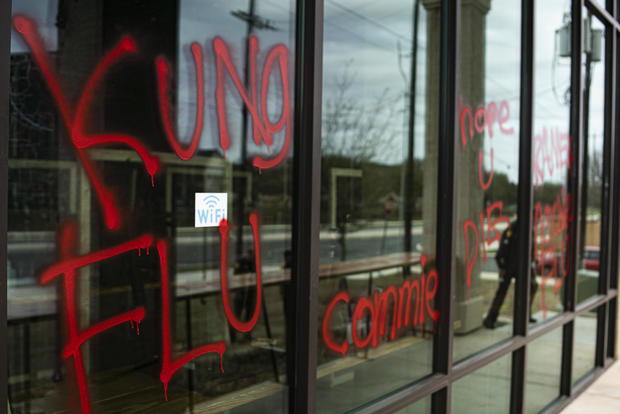 Some of the graffiti on the patio or outside the venue’s windows said: “Go back 2 China,” “Ramen Noodle Flu,” “No masks,” “Kung Flu” and “Hope U Die.” The vandalism came days after Nguyen gave an interview on CNN last week where he criticized Texas Governor Gregg Abbott’s decision to lift the state’s mask mandate.

For him, the risk is personal: He’s battling lymphoma and he lost a loved one to COVID-19. Nguyen will continue having customers wear masks inside his restaurant, but they are free to not wear them outside.

“If you were upset over a mask… I don’t understand why you would escalate to this point,” he said. 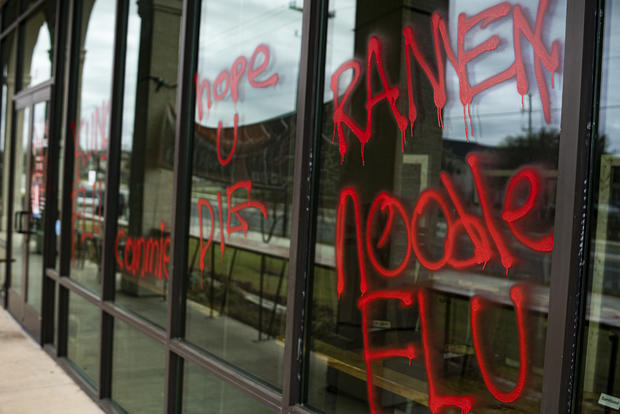 The community rallied around Nguyen and Noodle Tree, which he has owned for the last two years. Nguyen said the outpouring of help and support began when their first customer came in and waited for her food.

“I had a bucket in my hand with soap and water, and I was gonna scrub it. She goes out, she comes outside and asked me, ‘Hey, can I help you? I’d love to help you,'” he said, calling that offer the “catalyst.”

“Thirty minutes later, people just started showing up, and we had about little over like two dozen people just helping out,” he said. “And they’re complete strangers.”

Additionally, Noodle Tree, which specializes in ramen, completely sold out on Sunday, according to Nguyen. He also got a call from San Antonio Mayor Ron Nirenberg offering support and said a local mayoral candidate bought $1,000 worth of food for the community. 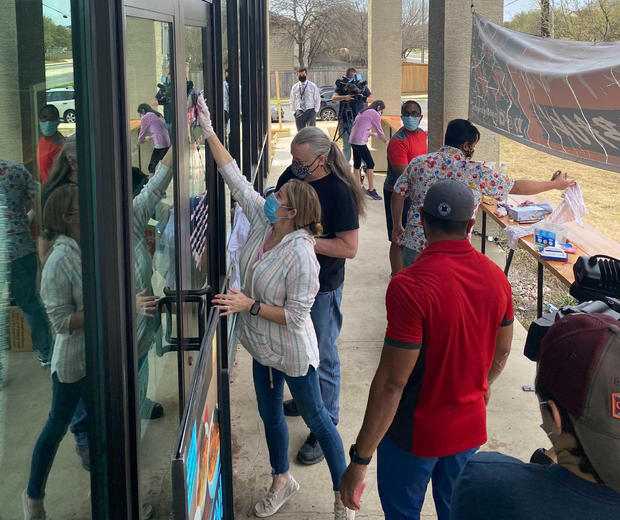 A recent study based on police department statistics across major U.S. cities found a nearly 150% surge in anti-Asian hate crimes in 2020. The numbers reflect a growing trend of discrimination and assaults against Asian Americans during the coronavirus pandemic. Nguyen, who himself is Asian American, said seeing the red paint with racist messages hits “close to home in so many different ways.”

“The thing is, this restaurant is not just a normal restaurant, it’s a community restaurant,” he said.

Nguyen said he doesn’t think whoever vandalized Noodle Tree was out to target and hurt him specifically, but “I never know with the way the landscape is right now.”

“The physical harm or even death — I’m hoping that it doesn’t get to that point,” he said. 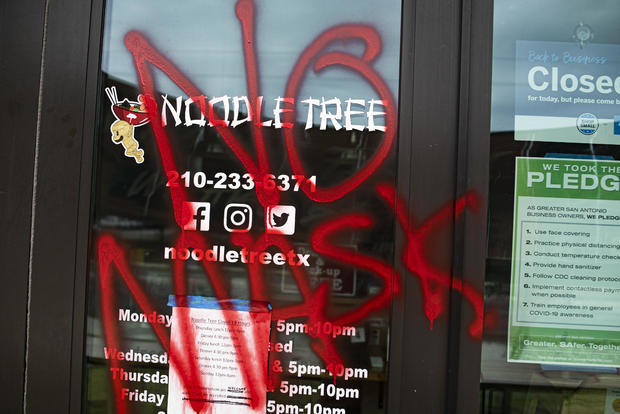 A spokesperson for the San Antonio Police Department told CBS News in an email that officers were called to the location for criminal mischief, but did not have additional details.

Nguyen said he left the city for few days to “help things cool down” and took some “safety precautions.”

“I’m hoping it doesn’t escalate,” he said. “I’m preparing for the worst, but hoping for the best.”