Home » Lifestyle » Asking For A Friend: Why do I keep choosing rubbish partners? 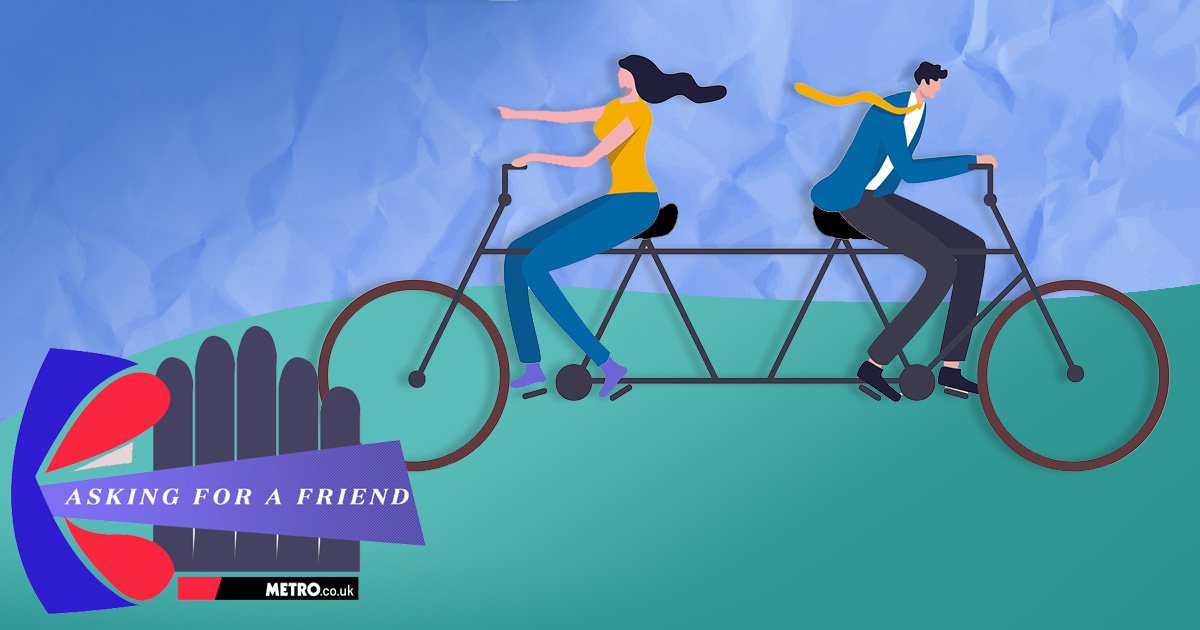 When you find yourself at the end of a string of terrible relationships, usually with the same theme running all the way through, it’s easy to blame it on the universe.

The fact is, you probably are attracting the wrong type of partner into your life, but is it really all down to chance alone?

Or is it simply easier to blame chance than it is to look at your own patterns of behaviour?

Asking For A Friend is a series where we answer the questions that you’ve always wanted to ask.

Today, we’re tackling a question many of us have found ourselves asking: why do I keep choosing partners who treat me badly?

Both relationships, she tells Metro.co.uk, were riddled with anxiety.

‘I became quite dependent on [my partners], embarrassingly,’ she says.

‘I was always on edge about whether things would end, if they’d message back or disappear and I felt very low in the relationship.’

It’s not uncommon to, like Clara, jump from one shitty relationship to another.

According to senior therapist Sally Baker, it’s usually down to the stories we believe about ourselves, our worth and what we deserve.

And often, these stories and beliefs stem from past experience, whether they were in childhood or previous relationships.

‘When you choose partners, and there’s a pattern in the behaviour, usually this means you’re running an unconscious script from your past,’ Sally tells Metro.co.uk.

For Sally, these patterns reflect our boundaries and self-worth.

‘If you’ve been treated badly in the past, your expectations will be different from someone who feels that they’ve been loved, taken care of and honoured in their childhood or in their previous relationships.’

Clara believes that she was doing just that: running a script.

‘It was definitely later down the line that I noticed a pattern,’ she says.

‘I didn’t value myself enough and was accepting things I never should have.

‘My confidence was virtually non-existent and I was merrily ignoring red flags and poor treatment just to avoid being single or alone.’

Consistently ignoring red flags is another surefire way to end up in another shitty relationship.

‘I think if I’m honest, I wanted to be the girl that could “tame” them but actually what that meant is I ended up trying to “fix” them.

‘Each man had a different, very severe, issue, and I would desperately try to help them, whether it be lending money, getting them into counselling or seeking advice on how I could “fix” their destructive behaviours.’

She adds that she often became attached to the idea of her partners instead of paying attention to what they were really like.

She says: ‘I realised that soon after getting into a relationship because the guy looked good on paper, that I was then determined for them to be who I’d believed they were in those first few months, even though their guard had dropped and their true personality had come to light.’

This type of thinking, particularly during the honeymoon period, is common.

But Sally believes that everybody tends to leak their truth at the beginning of a relationship, whether it’s intentional or not.

‘You need to absolutely hear their truth and not tell yourself that it will be different with you, or that you’ll change them, because you won’t,’ she says.

‘If a relationship starts, and it seems like it’s going well, consider whether you have listened to their truth, or are you dumping their truth by thinking I’ll fix them? Because that’s doomed.’

She adds that, when you’ve found yourself stuck in a cycle of bad relationships, getting back in touch with your intuition is key.

‘Your intuition is only there for your higher good, nothing else,’ she says.

‘And the more you listen to it, like a muscle, the stronger it’ll get, and the more dependable your gut reactions will be.’

What’s important, beyond identifying the pattern, is getting to the root cause.

Both Clara and Ellie were able to do this through therapy, which Sally highly recommends.

‘You’ll need to find that initialising event or several events, and clear any residual pain and trauma and, then, clear the negative judgments that you made about yourself according to those events,’ says Sally.

Sometimes, it can feel easier to continue running that same script; it’s almost comfortable, and it’s all you’ve known.

Letting go of those ideas means being extremely vulnerable and while, as Sally says, that can be extremely scary and challenging, you’ll never regret learning your own worth.