Home » Lifestyle » Billions of dollars of government grants to be scrutinised

Industry grants worth billions of dollars are being put under scrutiny in an overhaul that will clear the way for a federal cabinet decision within weeks to set up a $15 billion fund to invest in local manufacturing.

A cabinet submission will create the National Reconstruction Fund with an independent chair and board and a mission to support industry projects alongside commercial investors after Prime Minister Anthony Albanese went to the election with a promise to voters to expand the manufacturing sector. 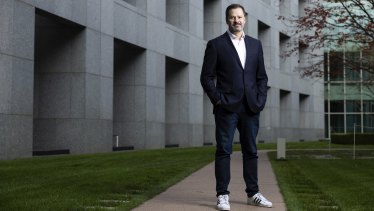 Industry Minister Ed Husic will commission a review of billions of dollars of government grants.Credit:Alex Ellinghausen

But the plan is raising questions about the fate of federal grants that were promised by the former government but are yet to delivered, which means business applicants must wait to learn their fate while ministers order a review of the Coalition promises to see if they should proceed.

Industry Minister Ed Husic named the scandals over previous Coalition programs, such as $660 million for commuter car parks and $100 million for sports facilities, as one reason he asked his department to review the recent promises.

“Just because there’s a program that is branded Coalition does not mean that it’s cut,” Husic said in an interview.

“If something’s working, I want it to be maintained. But if it runs against our values, it won’t go ahead. I want to give an assurance that if there’s been a contract signed, we will absolutely, 100 per cent, unequivocally honour it. That is guaranteed.”

“But we don’t want what happened with car park rorts and sports rorts to happen in an area as critical as manufacturing.”

The Coalition announcements ranged from a $1.2 billion promise for the space industry to a $2.4 billion pledge for clean energy programs and $324 million for supply chain resilience, with the details of the projects to be finalised after the election.

The review does not have a target to save money and the savings, if they occur, are not meant for the National Reconstruction Fund, which has an off-budget funding model like the Clean Energy Finance Corporation (CEFC), which was set up by Labor in 2011 to make commercial investments.

Finance Minister Katy Gallagher is co-leading the cabinet submission with Husic because the two ministers will jointly oversee the National Reconstruction Fund and will appoint its board and a potential reference group to advise on how it operates.

The cabinet decision will be the first major industry policy to be decided by the new government and will be crucial to shaping the amount of money available for new projects and the terms on which the investments will be made.

The goal is to establish the fund with Commonwealth debt and invest this money in manufacturing and industry alongside the private sector, producing a commercial return that would go back into its coffers.

Husic said the government could copy the CEFC model in order to get the fund operating quickly.

“The benefit of that is speed,” he said.

“We can quickly put something in place and people would understand how it behaves.

“Having said that, I’m also aware that the CEFC was set up for a particular dynamic or industry segment, whereas the NRF is a lot broader. Consultation will be important.

“But we want people to be very confident that this is not about politicians with colour-coded spreadsheets making decisions about investment….There will be an independent board with talented people that will work off an existing model.”

Manufacturing companies have told The Age and The Sydney Morning Herald they were turned away by the previous government or forced to wait because decisions were delayed ahead of the federal election.

“We participated in all of the government’s medical manufacturing initiatives since the COVID-19 pandemic began in April 2020 and we are still waiting for government certainty and support,” said IDT Australia chief David Sparling, whose company manufactures pharmaceuticals in Melbourne.

Some companies received funding from the former government’s Modern Manufacturing Initiative but there was $148.6 million in unallocated funding in the scheme at the time of the election, leading Labor to book this as a budget saving.

Husic said he believed there would be a place for direct grants to projects in Australia as well as the loans and other investments from the NRF.

“Sometimes firms will not necessarily want to use venture capital early on because it gives up a lot of the ownership stake in that company, so grants do play an important role,” he said.

“I’ve been contemplating what runs alongside the NRF and what’s the evolution of the Modern Manufacturing Initiative that stand in parallel with the NRF.”