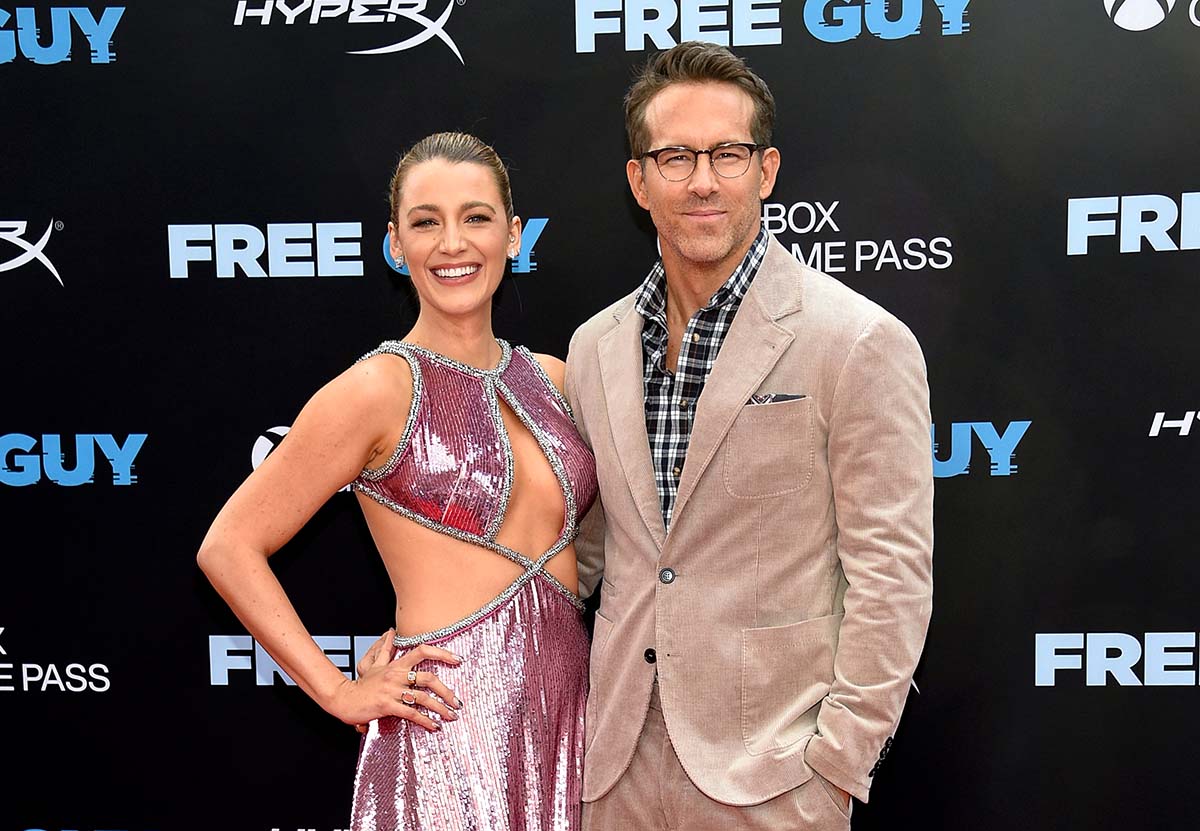 The actress, 34, announced the line of sparkling, non-alcoholic mixers on Thursday, September 23. “Well, at least it’s not a celebrity alcohol? Meet @BettyBuzz mixers,” she tweeted.

While Lively appeared to be trolling Reynolds, 44, over his own brand, he took the joke in stride. “Luckily they pair deliciously with @AviationGin,” he chimed in, retweeting her original post. “Coincidence? Conspiracy? Hard to say.”

The couple, who tied the knot in September 2012, are the parents of daughters James, 6, Inez, 4, and Betty, 2. They kept their third child’s name private until July 2020 when their pal Taylor Swift revealed it in her song “Betty.”

Lively explained in a press release that the inspiration for the brand’s name stemmed from her late father, Ernie Lively, who died of cardiac complications in June at age 74.

“My dad’s name was Ernest Brown Jr. but he was known as Ernie Lively,” she said. “He gave up his last name when he married my mom, [Elaine Lively], and any success he, or I, have experienced has been in a name that isn’t his. So when I was working hard to build this company, I wanted any success to be in a name that was meaningful to him. Betty was his mom and his sister’s name. Also, Ernie would not be the best name for a mixer.”

Ryan and Blake’s Sweetest Quotes About Their Daughters

The Gossip Girl alum elaborated on the creation process in a series of Instagram Story posts on Thursday. “I know every celebrity says they’re ‘so excited to unveil this secret project they’ve spent years on.’ And it always seems questionable. Years? YEARS?? You won’t get that here,” she wrote. “I’m mortified that I’ve spent 3 years obsessing over the exact bubble size and quantity for the perfect, tightly explosive pops.”

She continued: “Think of all I could’ve accomplished in the amount of time I tried 17 versions of Meyer Lemon Club Soda. Or giving notes on how to more lightly balance the real fruit juice in each flavor — Lemon Lime, Grapefruit, Ginger Beer and Tonic to agave because there was no way our @bettybuzz SPARKLING MIXERS could have crap flavors or sweeteners. The amount of time I’ve spent on @bettybuzz is shockingly bad bandwidth management. But ultimately, all I did was the fun stuff. And truth be told, the easy stuff. So thank you to everyone who’s worked on @bettybuzz to make it the best thing ‘I’ve’ ever done.”

Blake concluded by reminding her Instagram followers that she does not drink, but she doesn’t have to with her new product. “I should mention, though it goes without saying at this point in the recap, I’m a Virgo. I should also mention I’m a mixologist. Says me,” she shared. “I should also mention I don’t drink. With @bettybuzz you don’t need to. Or you can. It’s your mouth.”