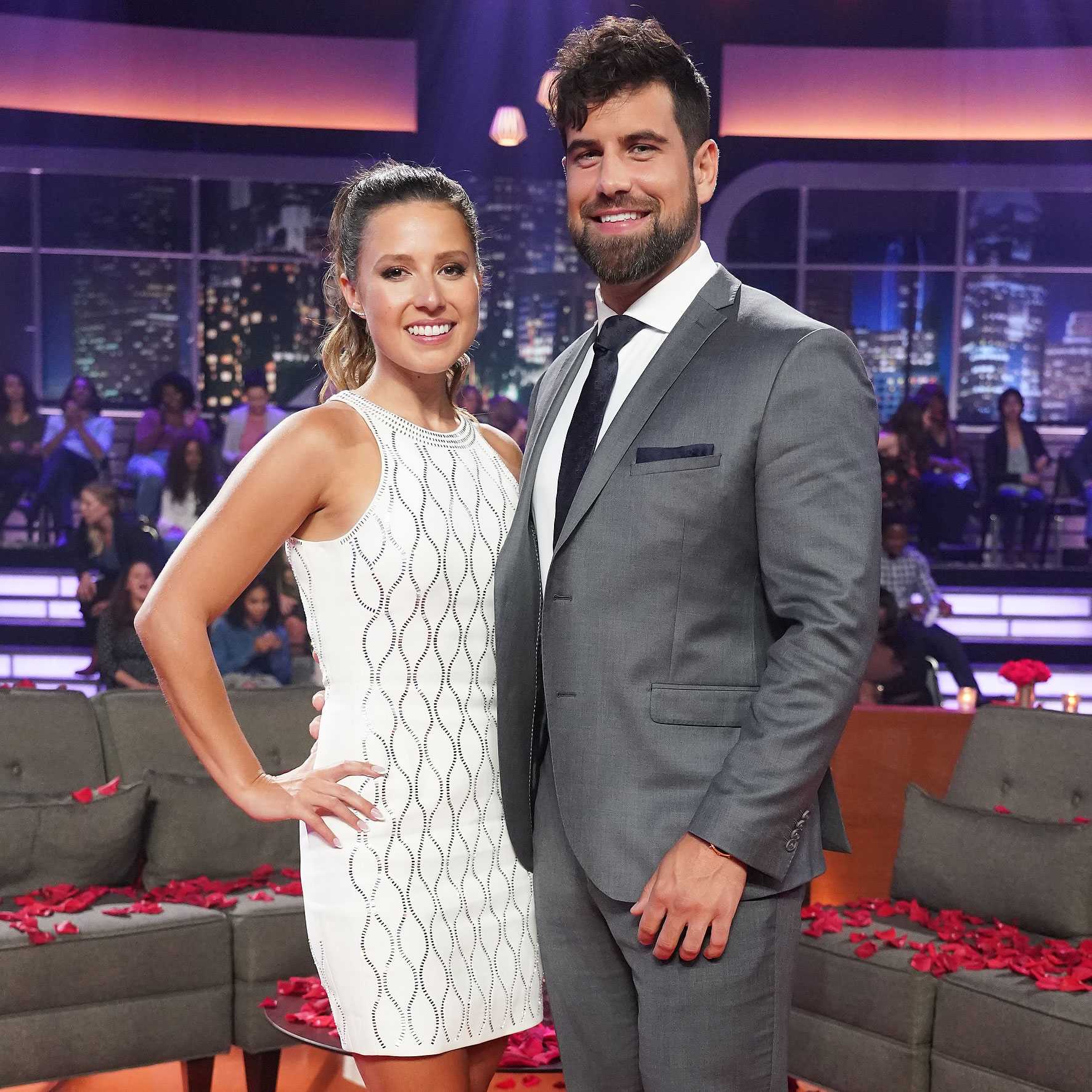 Closing that chapter. Blake Moynes is addressing fan questions about why he and ex-fiancée Katie Thurston’s relationship “went downhill” and “seems so unfinished.”

“It’s very finished,” the season 17 Bachelorette contestant, 31, firmly responded to a follower via his Instagram Story on Wednesday, August 3. “No need to go there again. It’s an exhausting topic. Appreciate it ✌️.”

Katie, 31, accepted a proposal from Blake during the August 2021 finale of The Bachelorette. At the time, viewers were questioning whether the lead was over Greg Grippo, who quit after a tense hometown date. By October 2021, the pair called off their engagement and less than one month later, Katie announced she started dating fellow season 17 contestant John Hersey, whom she had remained close to since sending him home in week 2. 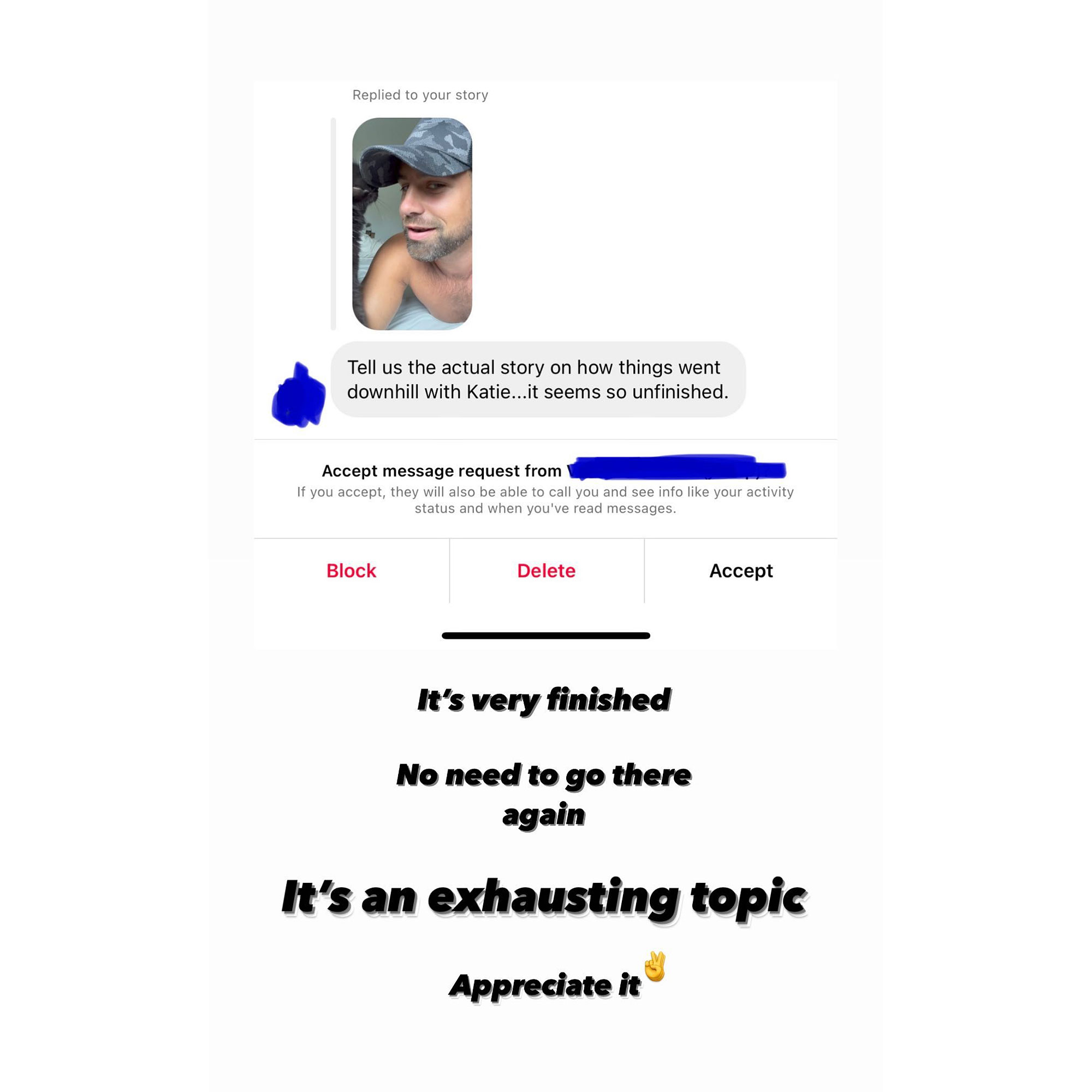 The former reality star made waves in November 2021 when she announced her romance with John through a Taylor Swift TikTok challenge, pairing songs to her exes. While Blake was assigned “We Are Never Ever Getting Back Together,” the bartender was matched with “Begin Again.”

Bachelor Nation Couples Who Have Split in 2022

After dating for less than one year, however, Katie and John went their separate ways, as the ABC alum confirmed via her Instagram Story in June.

During a social media Q&A following the news, Katie shed light on what went wrong. “This is a simple yet complicated breakup given that we were best friends before dating,” she explained. “We are on good terms so just finding a healthy balance of space in order for closure. At the end of the day, you just want the person you love to be happy and you support whatever path they want to take to find that.”

Blake, for his part, previously reflected on his relationship with Katie in February on the “Almost Famous” podcast. “I say, ‘I’m good,’ only because it’s been time,” he told season 20 Bachelor Ben Higgins on the show. “Time heals a lot of things and time just allows you to kind of reflect and just move past the mayhem that’s happened.”

The wildlife manager continued: “We talked very cordially after we announced the breakup, and we were really good with that. And then, obviously, all the other stuff happened. Since then, we have not spoke. But she has reached out to me. I just have not been [in] the place yet to respond to it. Especially the time that it all kind of was unraveling, I didn’t want to respond in a place of emotion and right in the heat of things when I haven’t had time to reflect.”