Britney Spears’ family is “disturbed” after learning that her ex-husband Jason Alexander lurked outside their homes over the weekend, a source exclusively told Page Six.

“They think it’s incredibly inappropriate and downright weird,” the source told us.

“It’s bad enough that the family has to deal with fans getting too close for comfort, but they’d like to think they can expect more from Jason, who claims to still have so much love and respect for Britney,” the source added.

Alexander, 40, showed up to Britney’s mother Lynne Spears’ sprawling Serenity estate in Kentwood, La., late Sunday night and posted two videos and a photo of the exterior to his private Instagram account.

“Daddy Spears hiding behind gates @britneyspears,” he captioned one post, referencing Britney’s father, Jamie Spears, who has been divorced from Lynne, 66, since 2002 and now lives nearby in a motor home. 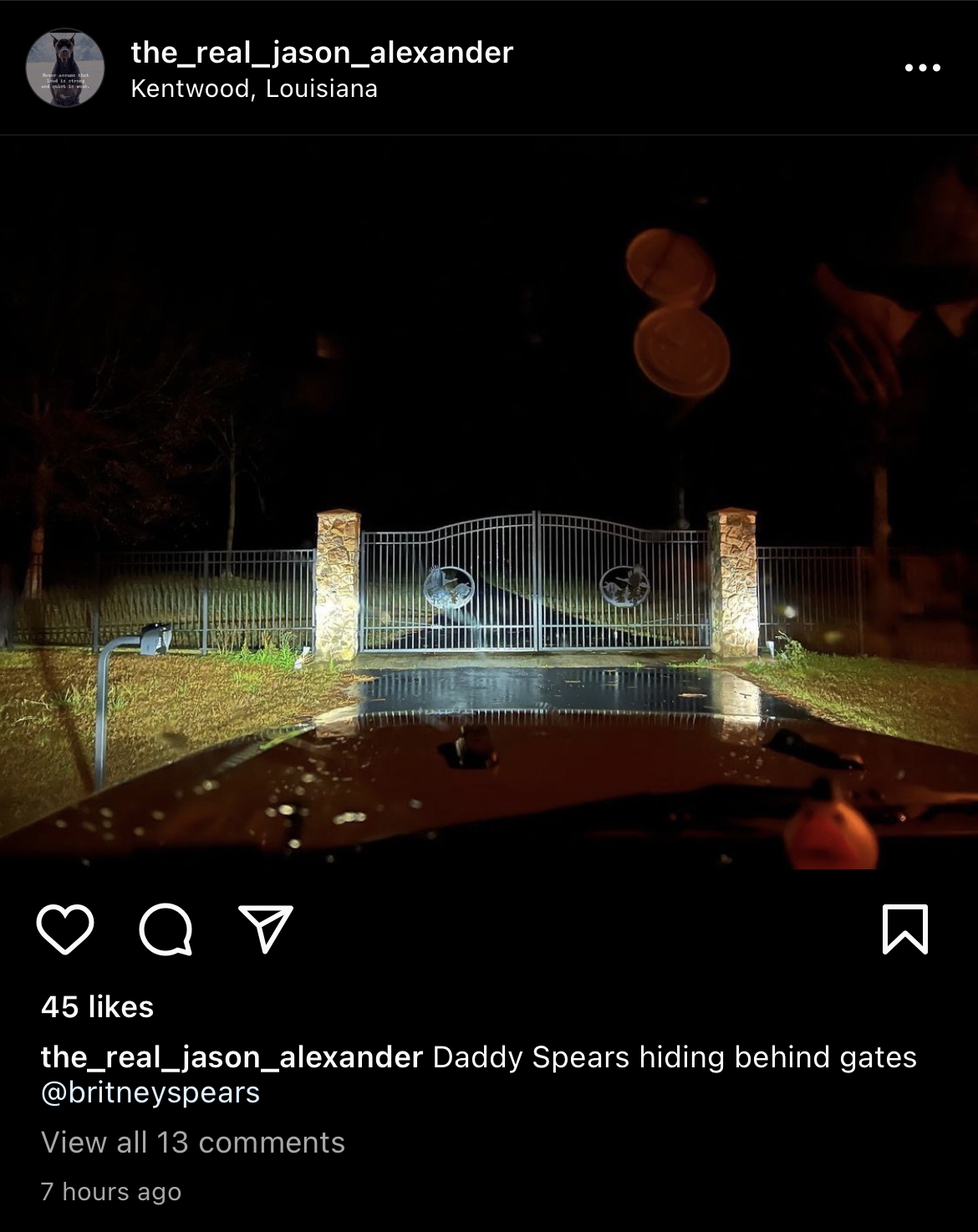 Alexander noted in his first video that the lights inside Serenity appeared to be on, saying, “It looks like there’s some people there now. The mom’s there, anyway.”

An unidentified woman in Alexander’s truck could then be heard reciting a bizarre prayer cursing “every evil deed spoken or thought about” on Lynne’s property.

Alexander said on Instagram Live earlier on Sunday that he also planned to visit Britney’s childhood home, which Jamie, 69, sold for $275,000 in February 2021, as well as the camper that Britney’s uncle Willie Spears lives in. It is unclear whether he did.

Lynne and Jamie’s attorneys did not immediately respond to Page Six’s requests for comment. 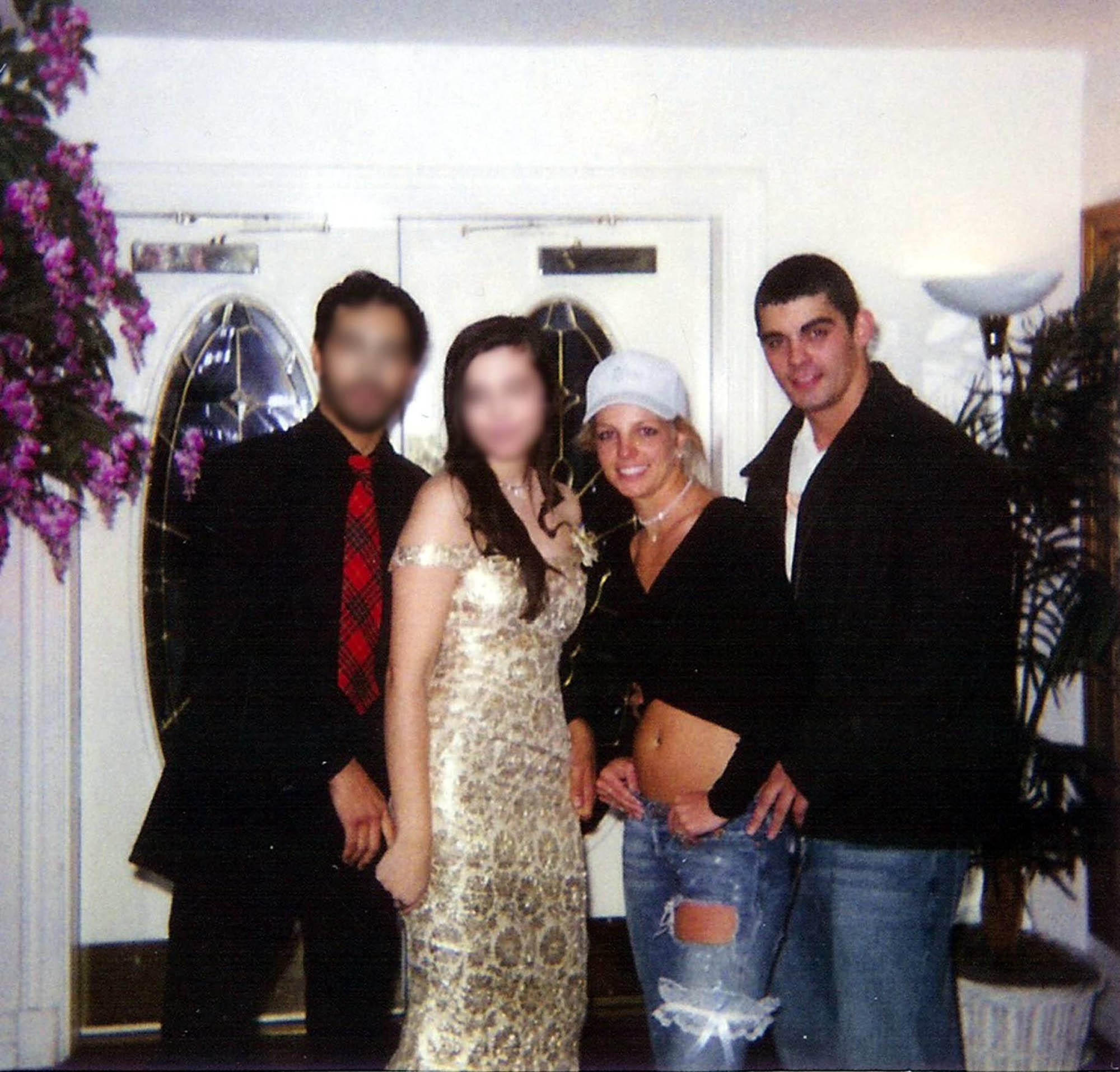 Alexander — who was married to Britney, 40, for a mere 55 hours in January 2004 — went home to Louisiana over the weekend after being arrested in Tennessee on Dec. 13 for violating an order of protection and stalking an unidentified woman.

He pleaded guilty to the charges on Jan. 4 and was ordered to serve nearly a year of probation.

It was Alexander’s third arrest in 13 months, having previously been taken into police custody for driving under the influence in January 2021 and breaking security protocols at an airport in August.

Britney, for her part, is estranged from her family and said earlier this year that they should be in jail for letting her remain under a conservatorship for 13 years.