Britney Spears: ‘Lord have mercy on my family’s souls’ if I do an interview

The “Toxic” singer, 39, seemed to be having the time of her life Saturday night while riding motorcycles with her fiancé, Sam Asghari.

In a video shared to Asghari’s Instagram Story, Spears was all smiles as she and her future hubby, 27, took a ride on separate bikes around the courtyard of her $7.4 million home in Thousand Oaks, Calif.

It’s unclear from the video whether the couple left the property. However, Spears has recently been vocal about her fear of the paparazzi following her whenever she steps out in public.

“The paps run through the trees 🌳 and onto the road 🛣 when I drive home and it’s creepy !!!!” Spears wrote in a lengthy Instagram caption on Friday, adding that she has to drive by an elementary school to get home.

The singer also suggested that she felt like the paps were trying to set her up, writing, “I don’t like that they try to scare me and jump out like they do … it’s like they want me to do something crazy 🤷🏼‍♀️ !!!” 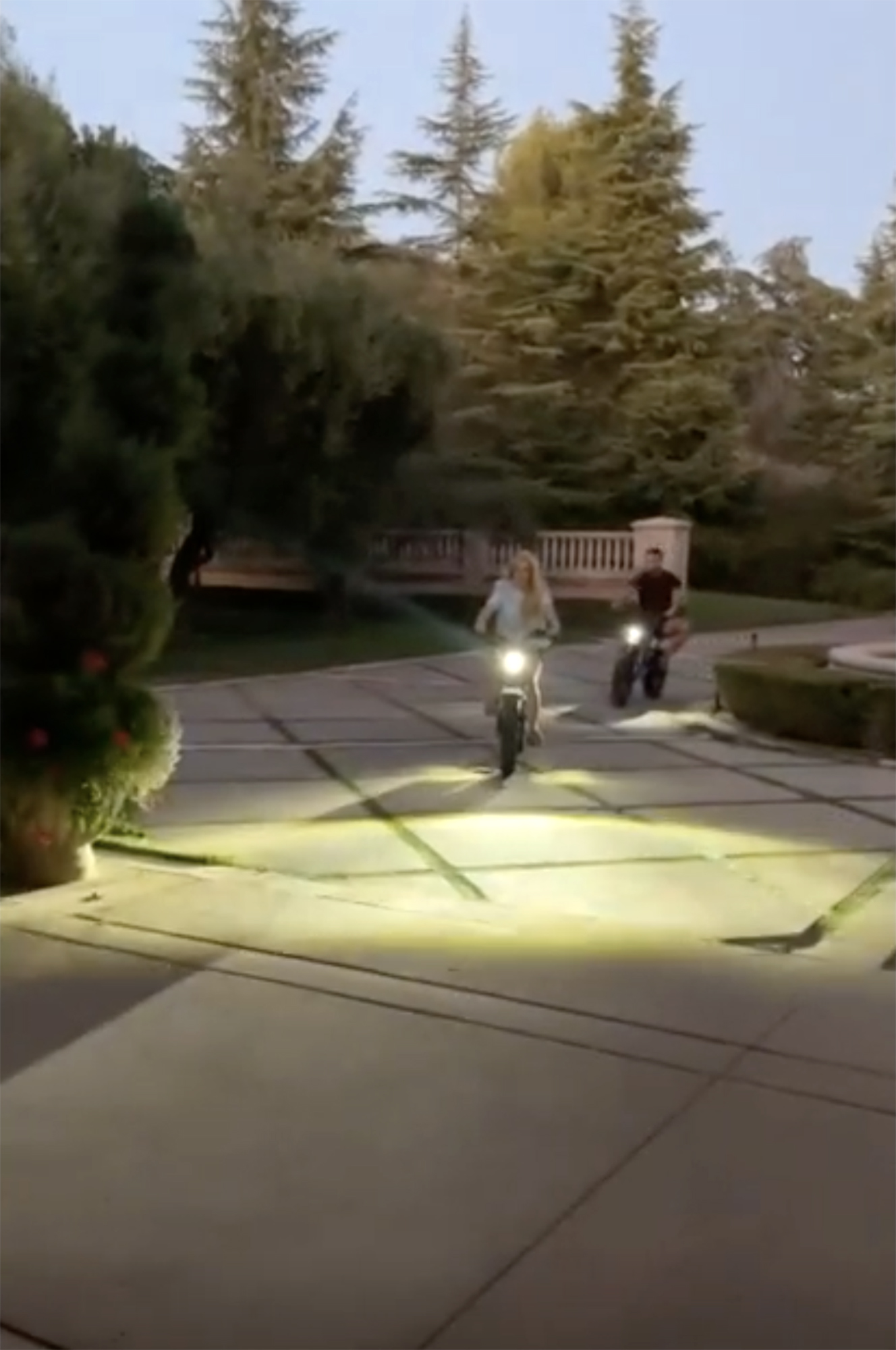 Asghari shared an Instagram video of he and Spears riding motorcycles together Saturday night. 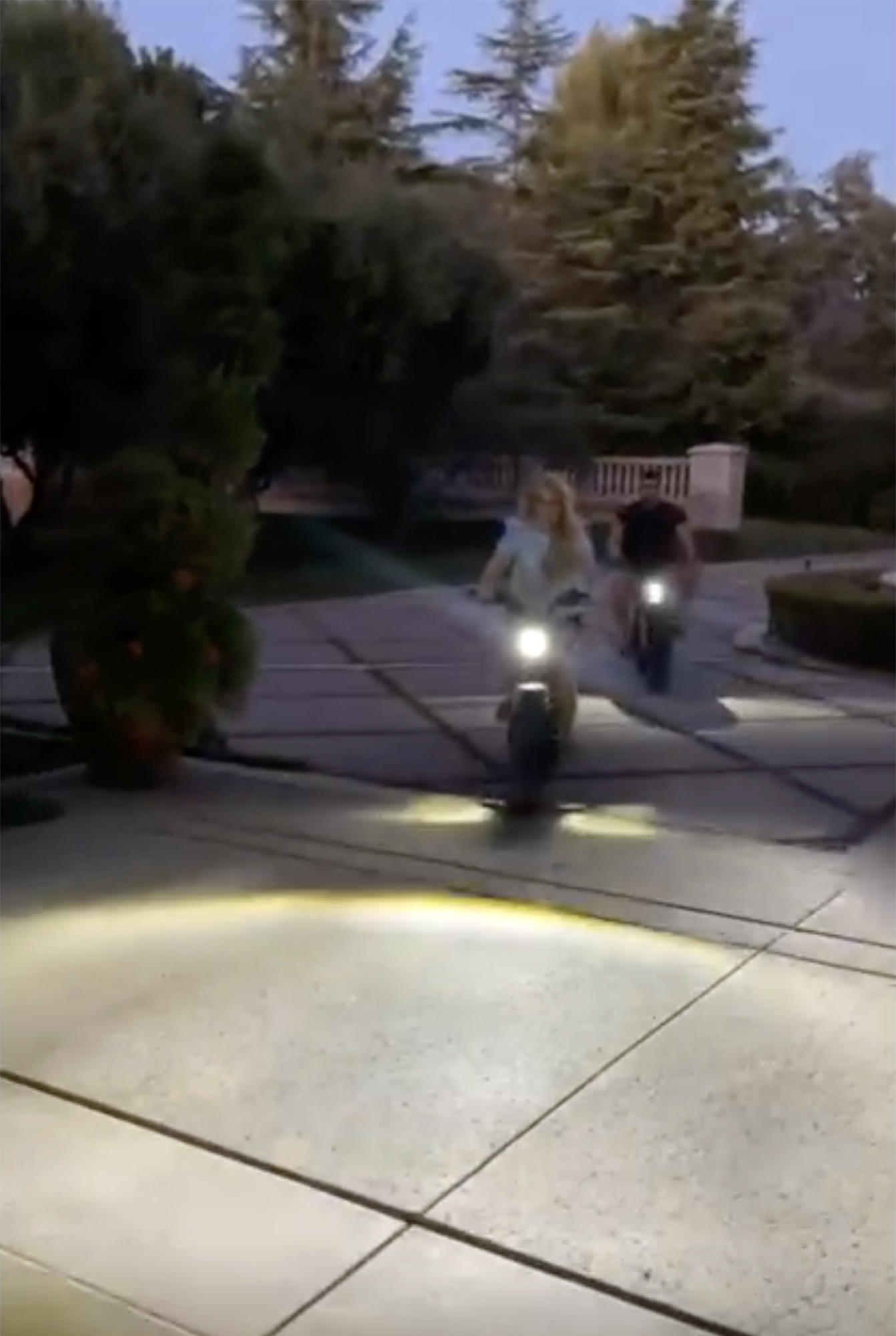 The couple were noticeably not wearing helmets or protective gear for their ride. 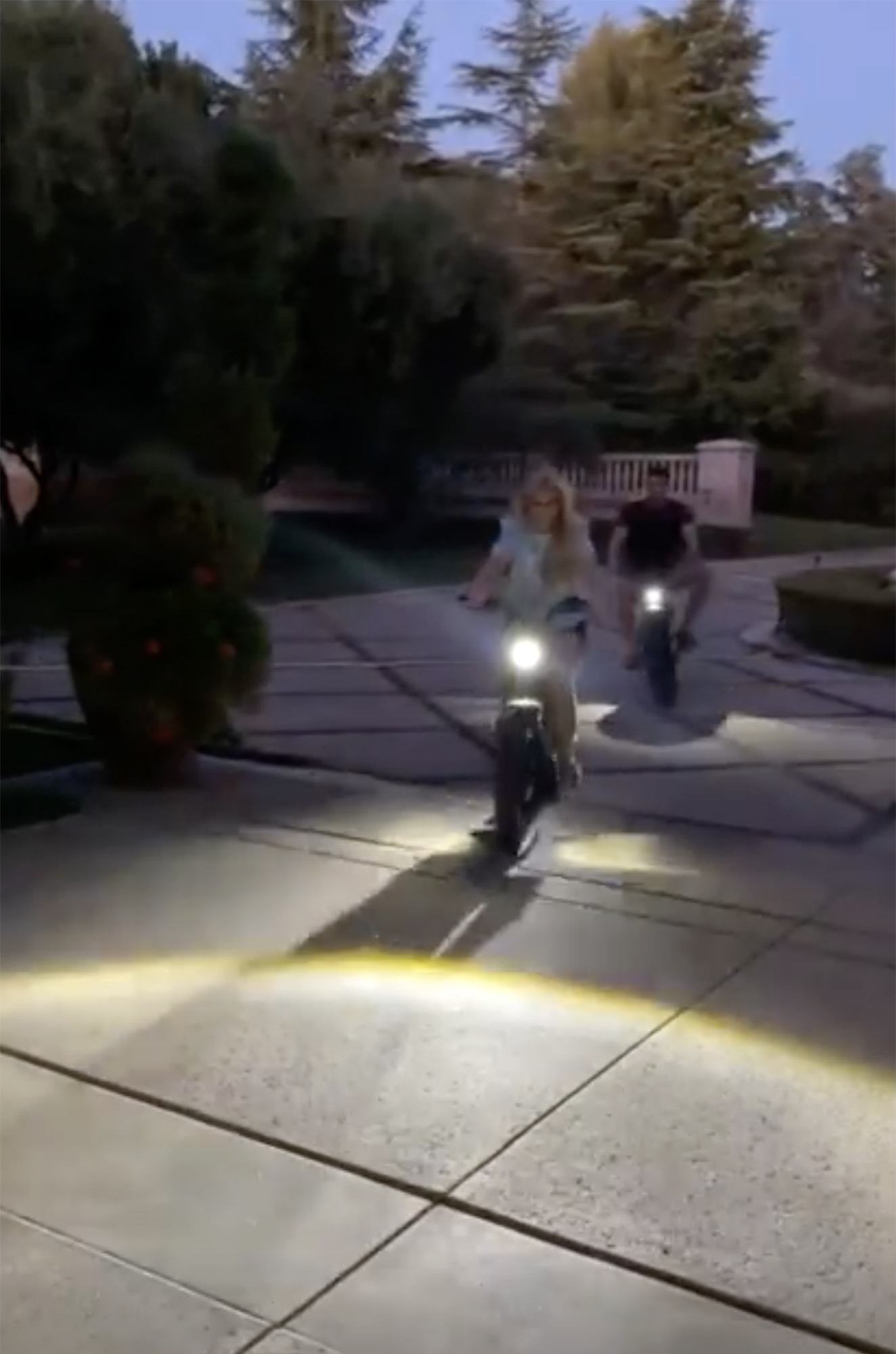 Spears was smiling as she rode the bike towards the camera with Ashgari not too far behind.