Cameron Diaz is a stunning woman who has been entertaining audiences on-screen for nearly three decades. She’s received several awards for her work as an actor and has appeared in beloved movies including Charlie’s Angels, Being John Malkovich, and There’s Something About Mary.

Despite all of the movies she’s been in, Diaz’s original career path was never to be an actress. As a teenager, she was looking for a change and was ready to get out of her hometown.

Diaz spoke about her experience at the time with supermodel Naomi Campbell on her web series No Filter with Naomi. “I started modeling when I was 16 and really what it was was just to get the hell out of Long Beach, California because I didn’t have any way else out,” she laughed. 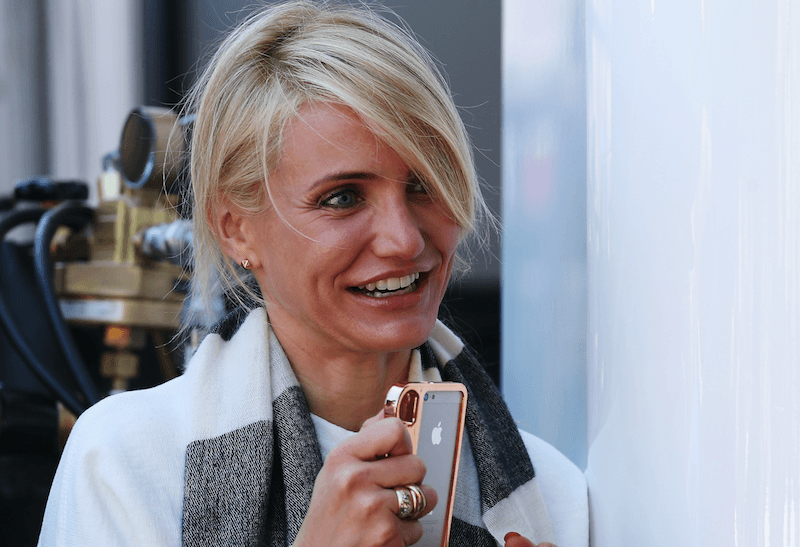 Cameron Diaz was a real-life ‘America’s Next Top Model’

At the time, Diaz was signed to Elite Model Management and appeared in campaigns for brands including Calvin Klein and Levi’s. She appeared in the July 1990 issue of Seventeen magazine when she was 17 years old. For many years, the prize package on America’s Next Top Model included a contract with Elite and a cover and spread in Seventeen.

Still, Diaz emphasized that her career as a model wasn’t that important. “I was never like a huge model,” she admitted to Campbell. “I was modeling your guys’ heyday — the supermodels’ heyday.” She even lived in Paris for a year at one point but “never worked.”

Diaz returned from Paris and began pounding the pavement looking for more work. But one day, she got a call from her commercial modeling agent that changed her career trajectory forever.

“‘They’re casting this movie, they want a model type, they want sexy, go do this call,’” Diaz recalled her agent telling her. “I was like, ‘I don’t act. That’s not my thing. I don’t do that.’” She also wasn’t in a great mood that day because she had just started her period, and she didn’t feel like looking or acting sexy at all.

Diaz still went anyway and auditioned for a different part that didn’t require her to show as much skin. But director Chuck Russell begged her to come back and read for the role of Tina Carlyle in the 1994 movie The Mask.

From that moment on, Diaz became Russell’s favorite person for the role. Both the film studio and the team were heavily considering hiring Anna Nicole Smith for the job, but ultimately the role went to the newbie Diaz.