Chelsea Handler is dating — and ‘in love’ with — comedian Jo Koy

Chelsea Handler opened up about how she and boyfriend Jo Koy turned their longtime friendship into a romance.

The former “Chelsea Lately” star kicked off Season 2 of her “Dear Chelsea” podcast Thursday by inviting Koy to tell listeners how their relationship took off after they reconnected during the COVID-19 pandemic when he asked her to write a blurb for his book, “Mixed Plate.”

“The minute we were both back in LA, we were like, ‘Let’s go to dinner,’” Koy, 50, recalled of them both returning from Canada.

(Handler had spent months skiing in Whistler, while Koy filmed a movie in Vancouver.)

Since the dinner, the pair have become inseparable as their relationship progressed “organically,” Handler, 46, explained.

“You thought that chemistry was sexual and I thought it was comedic,” she said, to which Koy interjected, “Never ever did I ever say that!”

Handler admitted she probably had feelings for Koy when he appeared on “Chelsea Lately” but was “suppressing” them.

“By the way, who gives a s–t? Look where we are now. I would’ve ruined it if I had those feelings earlier, probably.” 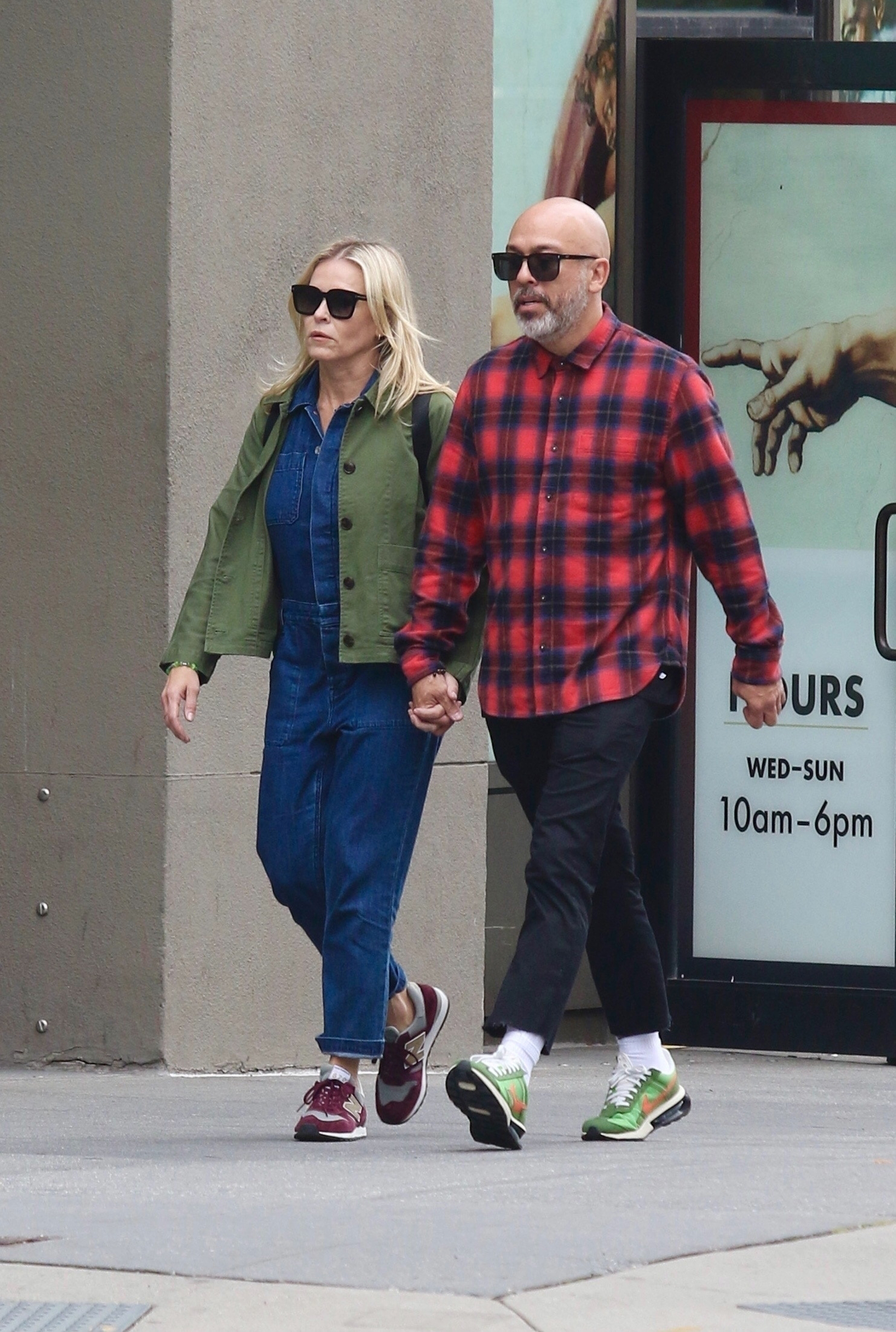 The “Chelsea Handler: Evolution” star said being with Koy makes her feel “completely safe” because of how much he reminds her of her late brother who died when she was a kid.

“You have a lot of similar qualities that my brother had,” she told Koy, referring to her older brother Chet. “So, in many ways, I just feel so completely safe. And I feel like, ‘Oh, this is family.’ Like I’ve always felt that way about you, that you’re family.

“I just didn’t want to f–k you before,” she quipped.

Page Six broke the news last month that Handler and Koy were dating after they were spotted canoodling at a Dodgers game. They became Instagram-official about a week later, sharing photos of them packing on the PDA.