“At last!” say those who dislike the idea of an independent inquiry into the rape allegation against Christian Porter. “Finally he’ll have his day in a real court.”

The defamation action that Porter launched on Monday against the ABC and its journalist Louise Milligan was a “dose of reality for the lynch mob”, as one conservative commentator put it. Prime Minister Scott Morrison seized on it too, saying it provided another reason to reject the demand for an inquiry, because the furloughed Attorney-General would now have the opportunity to give evidence, and the ABC a chance to defend its reporting. 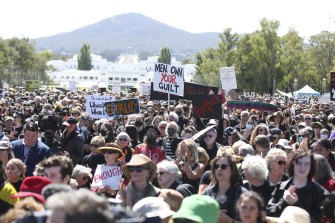 In the words of Porter’s solicitor, Rebekah Giles, the national broadcaster would have the chance “to plead truth … and prove the allegations”.

But the fact is that Australia’s defamation law is a very poor way to establish the truth. This is a law, both in its arcane conception and in its application by judges, that strongly favours rich plaintiffs and deters honest reporting of current events. It puts damaged reputations well above the public’s right to know.

To be clear: I am not attempting in this article to assess the truth or falsity of the allegations published by the ABC, but to argue that a defamation case is not a suitable vehicle to make that assessment.

Many aspects of this law create problems for public interest reporting because it’s not simply enough to write the truth. You need also to be on guard as a journalist, for the “imputations” of what you write.

This is how it will work in the Porter case. 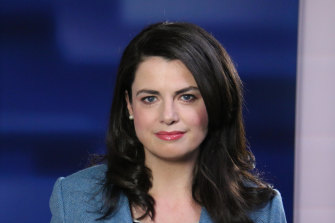 Attorney-General Christian Porter has launched defamation proceedings against the ABC and its reporter, Louise Milligan.Credit:

Milligan’s original report, which went online on February 26, starts: “Australian Federal Police have been notified of a letter sent to Prime Minister Scott Morrison detailing an alleged historical rape by a cabinet minister in the federal government. The letter requests urgent action be taken by the Prime Minister to investigate the alleged rape, which occurred in 1988 before the accused man entered politics.”

As the story went on, the details mounted. It included comments from the alleged victim’s friends. Nobody disputes they were her friends or that they made those comments. Nobody disputes that these things formed part of the letter that was referred to Morrison. It’s broadly agreed that the woman lived and died in the way the ABC story described; that the letter had been sent to the AFP. Nobody denies that the letter made allegations of historical rape and that the Prime Minister had been urged to take action.

As for the allegation of rape itself, the ABC story referred to it as an allegation only. They did not claim they knew it had happened. And the story did not name Porter.

But the defamation law will ask the ABC to prove more than just what it actually reported. Porter’s lawyers say the story raised “imputations” – impressions in the minds of readers – well beyond those words. Imputations are the “vibe” of the story taken as a whole. In this story, the key impression Porter’s lawyers will argue was conveyed to readers is that he, as a matter of fact, “brutally raped a 16-year-old girl in 1988”, and that this contributed to her taking her own life.

Or, as The Australian’s Chris Merritt gleefully put it: “Milligan and the ABC are in a dreadful position. Their best option is a long, grovelling apology accompanied by a very large cheque. They have been snookered.”

The Federal Court, where Porter has filed his action, has proven a particularly difficult place for journalists to establish the truth of the imputations that are said to arise from their stories.

The Geoffrey Rush case was heard in the Federal Court. In that case, a cack-handed piece of tabloid journalism alleging Rush groped his co-star started looking a lot better after actors Eryn Jean Norvill and Yael Stone agreed to give evidence. But Justice Michael Wigney found Norvill “unreliable” and “prone to embellishment or exaggeration”. Stone was denied the ability to give evidence at all because she came forward too late in the piece. 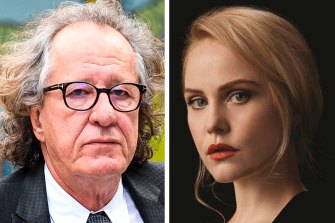 In a Federal Court case brought against The Age, The Sydney Morning Herald and the ABC by Chinese-Australian political donor Chau Chak Wing, Justice Stephen Rares barred the journalist Nick McKenzie from even making a truth argument because, he ruled, there was initially not enough evidence to sustain it. He then prevented the defendants from relying on further evidence supplied by the FBI (which was later tabled in Parliament), because that too did not reach the high standard set by the plaintiff’s imputations.

In another Federal Court case, author and journalist Steve Cannane and his publisher, HarperCollins, were put through a years-long defamation process in which they essentially had to prove all over again how a pair of doctors killed multiple patients in the 1960s and ’70s in the notorious Chelmsford Deep Sleep case. The whole case had already been extensively heard and the doctors found at fault in a royal commission, which reported in 1990.

But Justice Jayne Jagot (who has now been assigned Porter’s claim) said it was not enough. The publishers had to prove it all over again, from scratch. They won, finally, but only after spending hundreds of thousands of dollars and dragging into court 10 witnesses who were forced to relive their trauma.

Porter knows these defamation laws backwards. He is pushing for them to be amended because, as he said in 2019, they “don’t strike the perfect balance between public interest journalism and protecting individuals from reputational harm”. 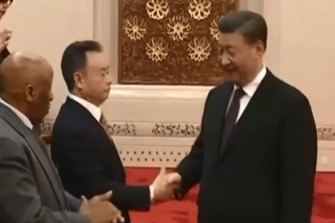 New laws have been drafted but, thanks to inertia among the states, they still do not apply. Those laws will allow media companies to argue their stories were responsible communication of matters in the public interest. They also limit damages payouts.

But Porter is suing under the existing law and he is going for broke. His barristers are the heavy-hitting Bret Walker, SC, considered one of Australia’s best barristers and Sue Chrysanthou, SC, who represented Rush.

His solicitor, Rebekah Giles, also represented the deep sleep doctors. And, when working for the corrupt Ahsani family of Monaco and their company Unaoil, she ran a legal campaign and a parallel public relations campaign against reporting in The Age and Herald.

In one opinion piece published in The Australian, Giles wrote among other things: “My clients believe Fairfax was an instrument in … blackmail”. In March 2019 her clients, Saman and Cyrus Ahsani pleaded guilty to conspiring to facilitate millions of dollars of bribes.

You might choose to believe Porter is innocent of rape, or guilty of it. He vociferously denies it and the police have ended their investigation. But no one should pretend that, in searching for the truth, the defamation law will be the place to find it.

Michael Bachelard is The Age’s deputy editor and investigations editor.