Christina Aguilera let her genie out of the bottle during her LA Pride performance on Saturday.

The “I Turn to You” singer wore a series of jaw-dropping costumes while singing her biggest hits, but the one that stole the show involved a strap-on.

Aguilera, 41, and her green bejeweled penis-testicles combination — which perfectly matched her “Hulk”-looking breastplate — took the stage by storm for a duet with LGBTQIA+ icon Kim Petras.

Throughout the performance, during which she sang “Dirrty,” “Lady Marmalade,” “Beautiful” and more, Aguilera changed into multiple ensembles that featured cone-shaped nipples and other eyebrow-raising accessories.

At one point, she decked herself in a Pride-themed rainbow outfit, and during another, she recreated the chaps getup from her iconic 2002 “Dirrty” music video – which she also revisited at the 2021 People’s Choice Awards – but this time around, she opted for the look in a fiery red palette that included a bodysuit, sunglasses and matching microphone. 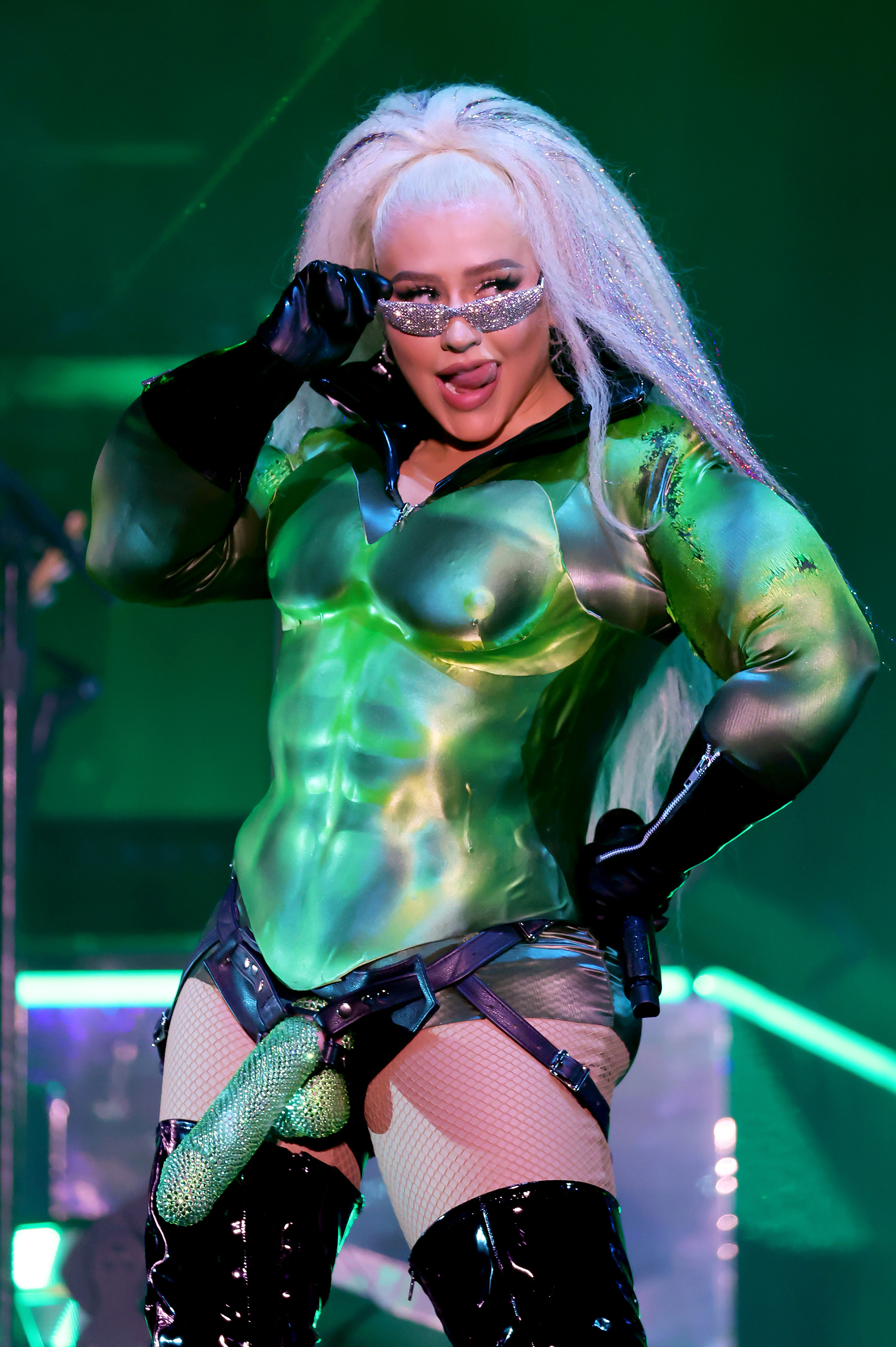 Xtina’s iconic outfit has inspired countless Halloween costumes over the years; in addition, the pop star’s circa-2000s style recently sparked a scarf top resurgence, and in 2018, cheeky chaps even enjoyed a brief comeback.

Aguilera’s ahead-of-the-curve wild styles even resonated with “Real Housewives of Beverly Hills” star Dorit Kemsley, who borrowed her strappy, sexy “Not Myself Tonight” dress for a recent red carpet.