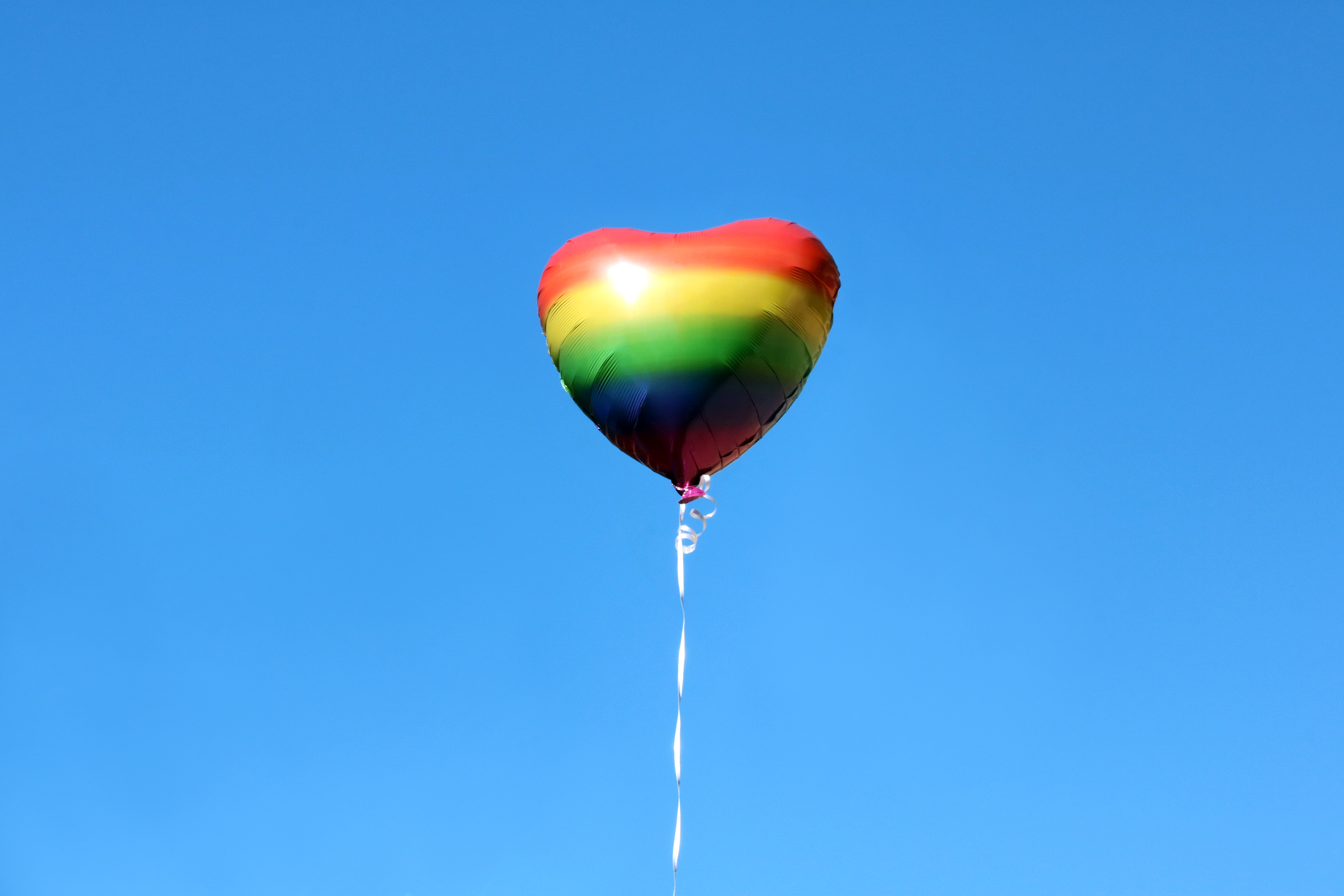 Last year, I came out.

I was partly motivated because I was excited to go to Pride ‘out’ for the very first time but, obviously and understandably, the coronavirus pandemic meant that it was cancelled.

I was a little disappointed but Pride not going ahead changed nothing for me – and I knew what I had to do. I couldn’t hide away this part of myself any longer and came out anyway.

It was the best and kindest thing I have ever done for myself.

Because while the last year has meant that I have not been able to explore queer spaces or the possibility of a relationship – I’m a little hesitant to try dating apps just yet – I have been given the unique gift of time and breathing space.

I realised, though, after coming out that there was still something deep within me that wouldn’t be still.

I had already done the hardest thing: I had told the truth about myself. But now, I needed to hold onto that courage and confront the fact that my life wasn’t turning out the way I hoped it would.

The real, uncomfortable and honest truth is that I have spent most of my twenties living under a cloud. I have been able to study, to work, to have friends. But I always felt that I was just going through the motions.

I now know what was missing – I was denying and ignoring one of the most vital parts of myself and who I am. It is impossible to carve out a joyful and meaningful life when you aren’t letting your whole self be seen.

I remember thinking one night during a fit of tears: ‘this can’t be it for me. There has to be more’.

So, I decided to try and do another brave thing, which was to completely overhaul the way I was living my life.

The months of lockdown have meant that we are alone with ourselves in a way we never have been before. I could no longer ignore the fact that the ways in which I was living my life were no longer good for me – in fact, they probably never had been.

I needed to address everything that, until now, I had been too frightened to think about for years. I had to try being sober and I had to reconsider my relationship with food.

I had used both alcohol and eating to excess in order to soften the jagged edges of myself, the thoughts and fears I couldn’t bear to be alone with. I have always loved food and cooking, but realised I was endlessly eating for the sake of eating – the joy had faded.

To my utter surprise – because whenever I’ve attempted to do anything like this before I’ve quickly given up – I actually did it.

I have used the past few months to get to know myself in a way I never have before. I have given up everything that I felt was clouding my ability to truly feel things – namely alcohol and binge-eating – and I have also let myself find joy in discovering what the next stage of my life will look like as a queer woman.

I almost feel as if I am a teenager again, even though I am soon turning 29, and I think this particular feeling must be linked to missing out on formative experiences of romance, love and relationships.

Not being in relationships as a teenager never felt like an issue because I knew it wasn’t for me; to be with a boy – like all my friends were. It genuinely never occurred to me until much later on that there was another way that I could live my life.

Of course, I knew about gay people and sexuality – but I’ve had to piece together everything myself through years of pain and wondering.

Each time I think about the fact that I will turn 29 next month, I am astounded. How am I entering the final year of my twenties when I haven’t really lived yet?

As I haven’t been able to date or meet new people face-to-face, I have used this time to soak up everything I possibly can about this new part of my identity and the community that I am so lucky to be a part of.

I have loved discovering books that speak of the queer experience and it has been such a gift to take in such a myriad of other perspectives, dreams, desires and innermost thoughts. More than anything, I have never felt less alone.

Before, I had always used books as a means of escape and shutting out the world: but now I also read to see myself. It all feels pretty miraculous.

I’ve also watched more television than ever before and have truly been reminded of its power and importance as a vehicle for storytelling.

It’s A Sin transported me to ’80s Britain and taught me about a painful history that has long been silenced; Pose took me to the streets of New York City where I learnt about drag ball culture, and Euphoria (while excellent) made me feel incredibly relieved to no longer be a teenager.

I’ve spent my Saturday nights marvelling at queer stories on film, too: Moonlight, Paris is Burning, Carol, Portrait of a Lady on Fire and Disclosure, to name just a few.

I’ve also followed a million queer accounts on Instagram, with @queerloveinhistory being a particular favourite. Simply being able to see queer love stories always feels a little like magic.

Coming out, so long as you can and you feel the need to, is always important. I’ve had messages from people who aren’t quite ready to yet but are slowly getting there, and I know I couldn’t have done it myself without the friends and strangers who showed me the way.

It has freed me in a way that I still can’t express fully. I feel lighter. It has made me reflect on why I am the way I am, and why things have felt so desperately hard sometimes: because I always felt othered, different, an outsider-looking-in.

A few years ago, I got a favourite line of poetry tattooed on my arm: ‘joy is coming’. I’m so glad I held on to see it.