A husband and wife who are part of a radical Christian community which live TV-free revealed they will watch their own documentary on This Morning today.

Bernard Hibbs, 38, is the outreach director for the Bruderhof community, tucked away near the village of Robertsbridge in Sussex.

In BBC1’s Inside The Bruderhof which airs tonight, the 300-strong group let cameras in for the first time, offering audiences a glimpse of the internet-free neighbourhood where they have given up all material possessions.

And Bernard, who appeared on the sofa with his wife Rachel, told presenters Ruth Langsford and Eamonn Holmes that ‘to their embarrassment’ they will be swapping their usual book and chatter-filled evening to tune into the programme. 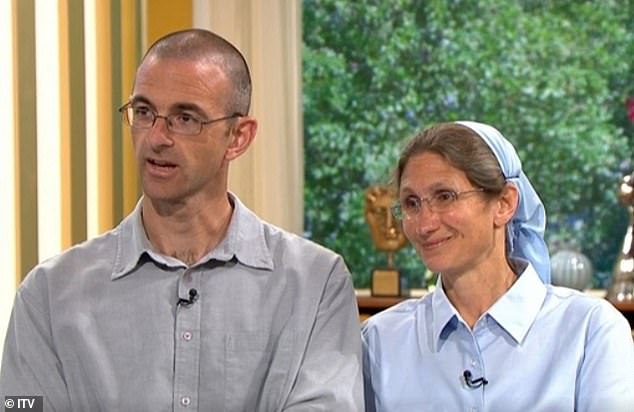 Bernard Hibbs, 38, and wife Rachel (pictured) from the small Christian sect where there’s no social media and no televisions, have admitted that the community will be watching the documentary which introduces their way of life to viewers 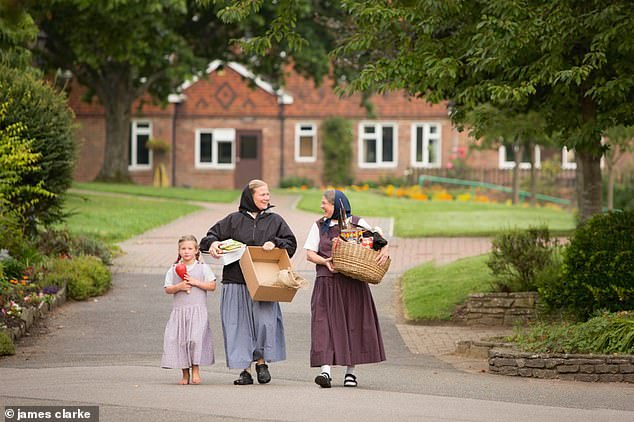 They will appear in tonight’s BBC documentary Inside The Bruderhof. Pictured, Bruderhof women and a young girl walking in their village near Robertsbridge in Sussex

‘Much to our embarrassment,’ her husband added. ‘People will watch it. Just to see ourselves on television.’

Bruderhof is a Christian movement that follows the preachings of Christ’s Sermon On The Mount and which rose from the embers of First World War Germany in 1920.

Members do not hold private property, but rather share everything with everyone working at Bruderhof company Community Playthings, which makes wooden toys and furniture for nurseries.

The lucrative 21st-century business funds its comfortable lifestyle, with the Robertsbridge factory alone turning over an average of £17 million a year. 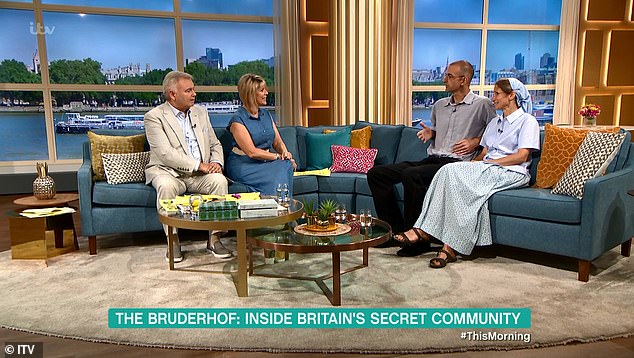 Bernard Hibbs (pictured on This Morning with his wife Rachel) is the outreach director for the Bruderhof community, tucked away near the village of Robertsbridge 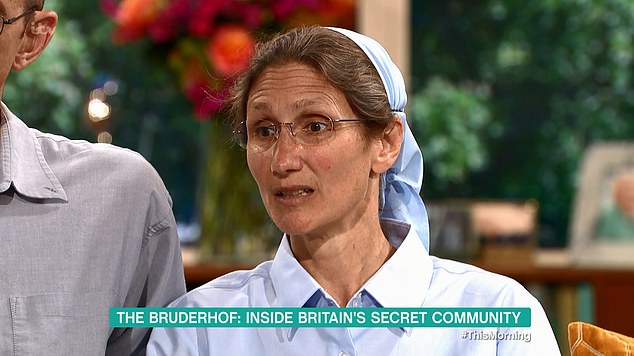 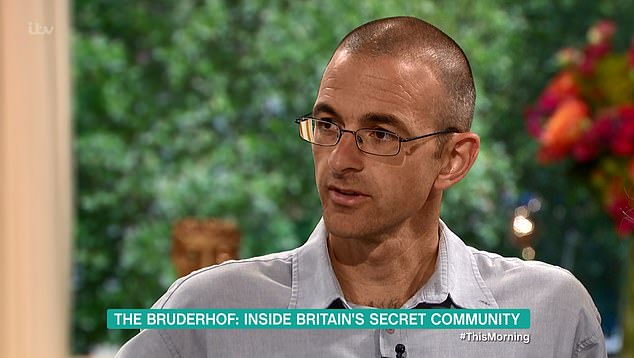 ‘Much to our embarrassment,’ her husband (pictured) added. ‘People will watch it. Just to see ourselves on television’

Revealing the benefits of their way of life, Bernard explained: ‘I think the main thing about our community is people are willing to let go of their own ideas and what they want for themselves.

‘Everyone is looking out for others and everyone gets treated better. I never have to worry about my children.’

His wife, who left the community for three years to attend university, added: ‘I’m very happy as everyone’s opinions, ideas and beliefs are valued equally.’

And despite claims from critics that members are unable to leave the community, Bernard and Rachel insisted young people are encouraged to do so. 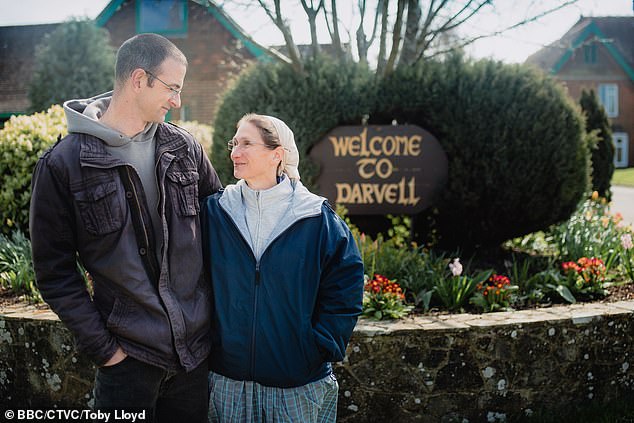 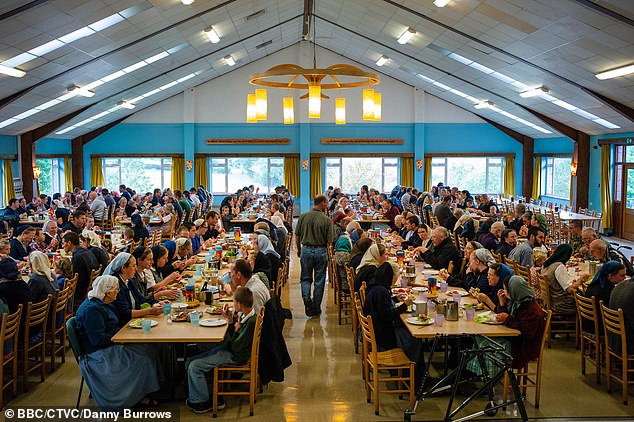 People living in the utopia have the opportunity to work for the Bruderhof company Community Playthings. The Robertsbridge factory turns over an average of £17 million a year. Pictured: The Bruderhof Community eating lunch together in the dining room

‘How we live, it requires a great deal of constant work,’ said Rachel, when speaking on the matter.

Most people have never heard of the Bruderhof community – unsurprising as there are just 3,000 members of the small Christian sect in the world, spread across the UK, the US, Germany, Australia and Paraguay.

The community was targeted by the Nazis in the 1930’s and in 1937 they were forced to disband.

Many emigrated to England where they founded a new community in the Cotswolds and the group reached more than 250 members after being joined by like-minded Brits.

But they were forced to leave England in 1941 when the German members were threatened with internment, and moved to Paraguay then North America, returning to England and Germany after the war.

Inside The Bruderhof airs tonight on BBC One at 10.35pm