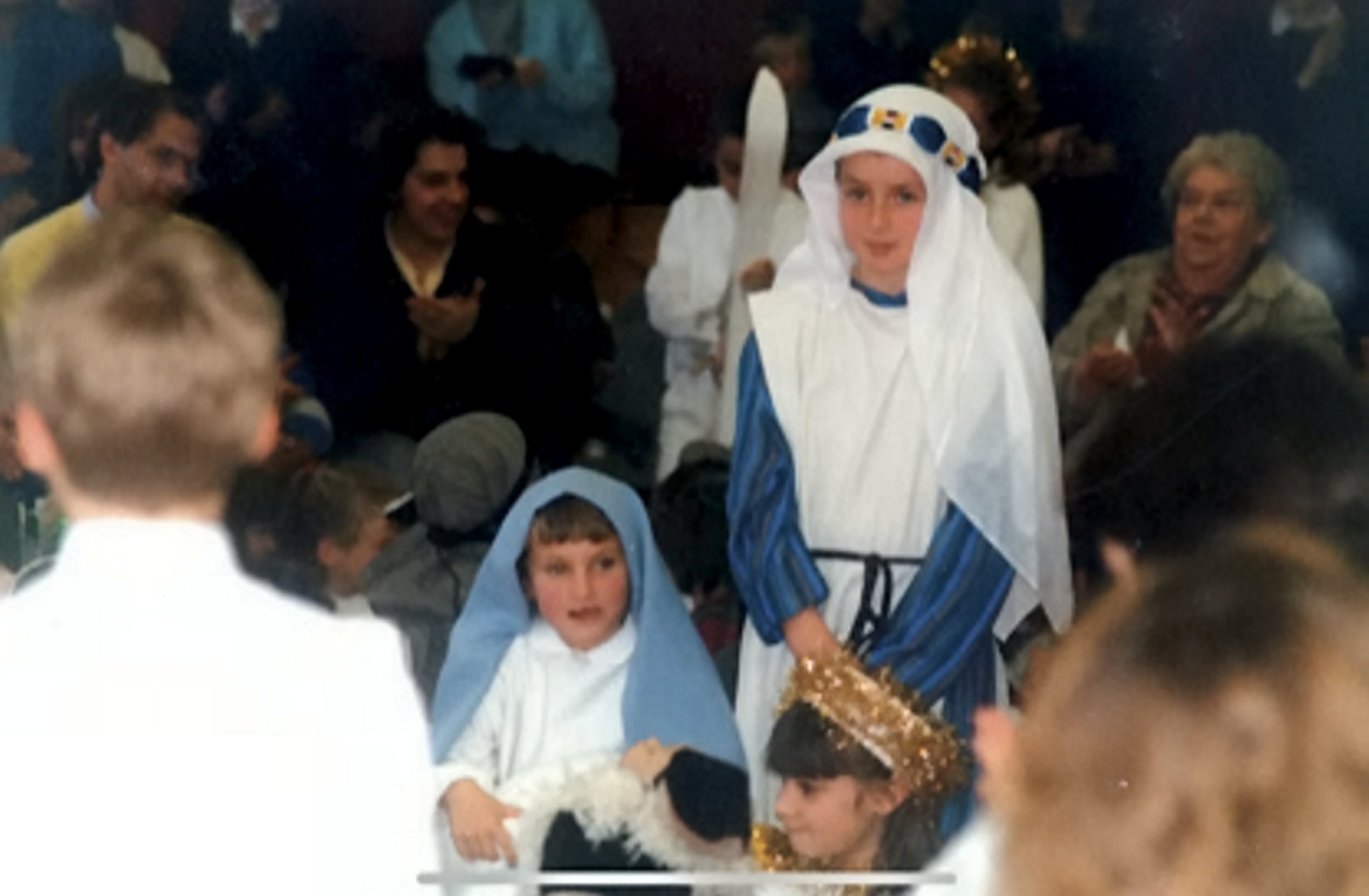 A couple who played Mary and Joseph in their primary school nativity have married 30 years later.

Rose Childerhouse, 38, and James Macpherson, 40, tied the knot last week surrounded by their friends and family – some who were in the audience at their childhood play.

The couple attended Sixpenny Handley First School in Dorset and were picked to play the lead parts in the nativity play in the early 1990s.

Buyer Rose had a schoolgirl crush on her older co-star, but advertising exec James said he had taken the role of the biblical character to impress another girl.

The pair dated again briefly while studying at Westminster University in London before Rose ditched James for the lead singer of a band.

But in 2017, a chance meeting between buyer Rose and advertising exec James on a night out in London led to a true romance.

Three years ago James popped the question to Rose and with lockdown restrictions easing were able to walk down the aisle on Saturday near their family home in Farnham, Dorset.

Newlywed Rose said: ‘I used to have a crush on James at school so it was a bit embarrassing when he was cast as Joseph.

‘Although I had a crush on him I didn’t think I would be getting married to him!

‘It feels like it has been a long time coming but it was worth the wait.’

James said: ‘It’s really quite something when you think about it.

‘Our parents along with my auntie, uncle and sister were in the audience for the play and were guests at our wedding! They’ve been there straight from the start.

‘I can’t remember too much but I did have a crush on another girl at school and didn’t have a speaking part which I was pretty annoyed and upset about.

‘When we first started dating I remember visiting the family home and Rose’s mum went “Can you remember the nativity play at school?” and that’s when it clicked.’

She then got the photo album out so show the pair how they were destined to be together from the start.

Rose and James are now enjoying their honeymoon in Athens, Greece, and have begun their IVF journey to complete their family.

James added: ‘I proposed to Rose on her mum and dad’s wedding anniversary.

‘It was actually in the garden of her family home behind the apple tree we used to play around as kids.

‘Whenever we tell people about it, it’s always a source of endearment.

‘They say “You’re joking” and tell us what a lovely story it is.

‘It’s been a bit of a crazy few years, and neither of us thought this would happen. It’s been a dream come true.’

Get in touch at [email protected]